The current winter show at the National Gallery, London, perhaps springs from mixed motives. Firstly, and laudably, it comes as the swansong of the outgoing (and resigned) director Charles Saumarez-Smith, now taking over from Sir Norman Rosenthal as Secretary of the Royal Academy. At a purely curatorial level, it also represents an attempt to right what might have seemed to be a historical misconception - that Siena was always in Florence's thrall in the 13th, 14th and 15th centuries. The 14th century was, after all, as the historian Barbara Tuchman made clear a generation ago, generally a 'calamitous' century. The traditional rivalry of Florence and Siena was exacerbated by waves of bubonic plague, and later by the collapse of key Sienese banks. This left Siena with virtually no financial infrastructure (contemporary Northern Rock supporters should note), and led to the formation of the Grand Duchy of Tuscany, combining a devastated Siena with a surviving and stronger Florence of the Medicis.

In Siena in 1348, estimates of mortality due to successive waves of bubonic plague were up to 80% of the total population. Divine wrath was added to the depressions of the time, leading to a massive kind of urban self-flagellation amongst the clergy, city fathers and citizenry. Both Bernard Berenson, earlier in this context, and the present acting Director of the National Gallery, in turn considered Siena's relegation by art historians over the 20th century both unjust and unwarranted. But history has shown that for Siena, both culturally and politically, the decline was irreversible given the circumstances; the game was up.

It was perhaps symptomatic of this insecurity that as early as 1359 the hospital of Santa Maria della Scala in Siena acquired from Constantinople tangible relics of the Virgin Mary: her presumed girdle and a veil, but predictably no bones. This may have bolstered Sienese sensibilities. It also created a notable cultural shift towards a particular ethos of femininity and expanded the cult of the Virgin. This mood can be seen at its peak here in Domenico Beccafumi's 'Tanaquil' (1520-1525), as distinct from the same Sienese artist's 'The Stigmatisation of Saint Catherine of Siena' (mid-1540s), a work which seems by contrast utterly unconvincing in subject or treatment: how could stigmata be portrayed? Surely not with what appear to be tracer lines, impacting upon a blandly unfeeling figure. Perhaps the decline of Beccafami's success between the dates of these two works pinpoints more persuasively than anything the final decline of Sienese art. However, one of the highpoints of this exhibition - and all credit to the National Gallery - is the superb altarpiece of the church of St. Agostino, Asciano, a small community outside Siena, by Matteo di Giovanni (1474). This work was originally in five panels and the central panel, 'The Assumption of the Virgin', was acquired by the National Gallery in 1884. The panels have now all been reunited for this exhibition from various sources; this proves to have been a major curatorial and diplomatic triumph for the National Gallery and its curator Luke Syson. The collective nightmare once the exhibition closes in mid-January will be to observe the necessary dismantling and dispersal of this totality. Who in those circumstances would not be made sleepless, indeed?

How did the Sienese ascendancy begin? Rolling back from the late 1400s, by a span of two centuries or so, it really began with an initiative by the distinguished Florentine family, Rucellai, who were looking for a way of improving their family chapel in the church of Santa Maria Novella, and who in 1285 succeeded in poaching the Sienese painter Duccio to execute a new 'Madonna' there. This was to be no ordinary Virgin. The Rucellai saw Duccio abandon the normal gold striation convention employed hitherto by Italo-Byzantine artists to indicate drapery. Duccio brilliantly transferred this gold electrical charge with all its energy to form a golden fringe. Duccio then established a colouring and tonality of softened lavender, yellow and rose, amid a mixed luminosity of grey-blue and grey-lavender hues to the actual folds of the Virgin's mantle. Duccio had actually broken new ground for the Rucellai, astounding their peers and leaving behind established Florentine precedent. Florentine pride was not sustained, however, since this virtuoso move had only followed the military defeat of Florence by Siena at the battle of Montaperti by a few years (1260). Five years later a strong precedent for Duccio was set when the Sienese painter Coppo di Marcovaldo, who had as a soldier fought at Montaperti himself, painted his 'Madonna and Child'.

Siena soon reclaimed some of the glory of her son Duccio by having him commissioned in 1308 to undertake a massive altarpiece for the famous marble-striped Cathedral of Siena, which was largely completed in 1264. This work, known as the 'Maesta', was subsequently removed and located in the Cathedral Museum. Duccio's influence was powerfully communicated to a series of Sienese 14th century artists, including Simone Martine and Sano di Pietro, but Siena, without Duccio, could not ultimately maintain such a peak of achievement and, on the whole, standards dropped. This is not to deny the curators their claim entirely; witness the superb Asciano altarpiece by di Giovanni. Even the presence of the aging Donatello (a late arrival in Siena) and his masterly relief, 'The Lamentation over the Dead Christ' could not stem the irrevocable decline in Sienese creativity. One has to compare this triumph with the somewhat mediocre bronze reliefs of Francesco di Giorgio. Donatello returned to Florence in due course. The dedication of an entire room to Domenico Beccafumi, a minor if talented artist destined to figure latterly amongst the Sienese lesser artists, seems accordingly appropriate. This was also contemporaneous with the humiliation of the City State itself by Florence, leading to the formation of the Grand Duchy of Tuscany, and no amount of revisionism can change the judgment of history. What happened to the economically ruined Siena? The City State reverted culturally to an avowedly non-commercial attitude, anachronistically reflected in a revival of the power of the old feudal and landowning nobility. Yet was there not perhaps also a romantic regression to her ancient Etruscan roots, stronger here than in Florence, more important even than Rome.

In 2000, the National Gallery mounted a superb exhibition curated by Richard Morphet and under the aegis of Neil MacGregor entitled 'Encounters: New Art from Old', in which leading contemporary artists were invited to select a preferred historic work from the collection, and produce work of their own inspired by this. Notably, Sir Anthony Caro chose a single panel from Duccio's 'Maesta' entitled 'The Annunciation' (1311). (This and two other panels from the Maesta remain, as here, in the National Gallery's collection.) Caro's several 'Variations' on Duccio's work captured that exercise in spatial architectonics brilliantly, exploring the interplay between container and contained. Caro's 'Variations' are not a grand symphony; rather they express the spirit of Duccio in what is more of a chamber music suite. Furthermore, Duccio's work has encouraged Caro to explore the frontality of his sculpture as a direct reaction, a direction which continues.

The lesson of the current exhibition is, however, that one cannot do more than adjust for the unavoidable effects of history. This exhibition does precisely that, and improves our cultural awareness of the remarkable phenomenon that has been Siena. Berenson was well intentioned when he pushed for Siena, but he was also at times wilfully inclined to move for the unorthodox reappraisal of circumstance as it affected Renaissance art. The sad reality of Siena's decline as compared to Florence's resurgence under the Medici rule cannot be denied. This exhibition reminds one of how remarkable Siena became in her art, albeit for a limited shelf-life only. But there can no longer be many sleepless nights in Siena - today a uniquely beautiful microcosm of Renaissance culture, art and architecture - other than about its conservation as a timeless gem. But there can, nonetheless, be one or two contemporary worries. The curators of the National Gallery, past and present, are to be congratulated on their willingness to take risks and explore new directions in exhibiting and reviewing the works which they hold under trusteeship. In that respect, this exhibition is exemplary. 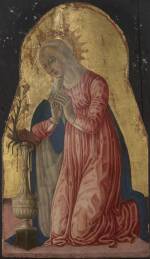 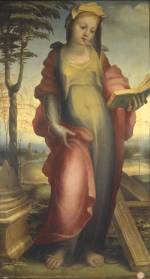 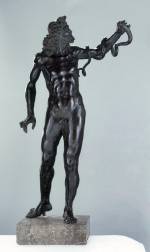 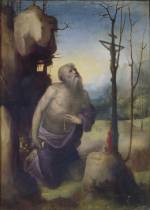 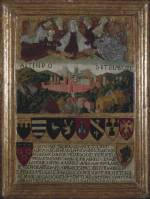