Simon Lewty: ‘I draw only from the imagination’

Simon Lewty: ‘I draw only from the imagination’

Lewty, whose work combines fantastic images with text, talks about where his inspiration comes from, the music he listens to while working, and the artists who have influenced him over his lifetime 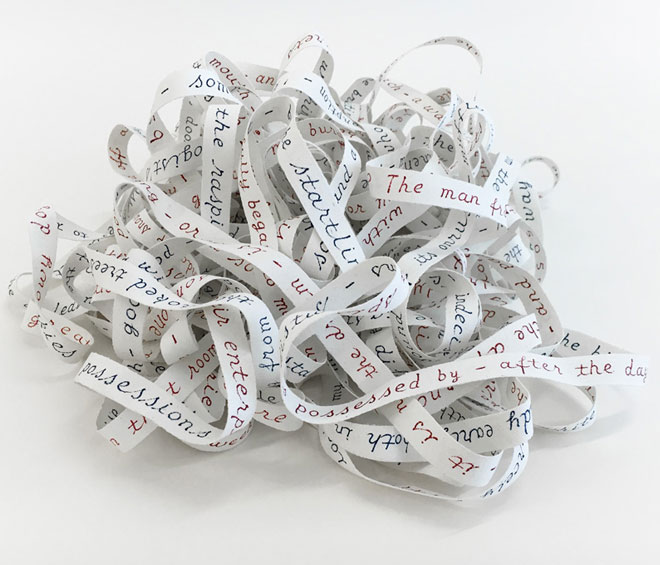 The work of Simon Lewty (b1941) has been celebrated this year with a major retrospective at Leamington Spa Art Gallery & Museum, The SIGNificance of Writing, spanning 50 years of his work, and a joint show, Charting a Decade II, 2006-2016, with Will Maclean, at Art First, London. His exquisitely rendered drawings and paintings draw on dream imagery, where the surface of his work relates to both the mind and the body, and becomes a skin on which to create layers of marks, volumes of text, leading the viewer into another world.

Janet McKenzie: Congratulations on your major exhibition at Leamington. It must have been incredible to see a life’s work in one place. Were you pleased with the show?

Simon Lewty: For a show spanning so much of one’s life, I think one has to be to pleased overall. There are all sorts of things I might have done differently, and some I might not have done at all. But, yes, I am pleased; but, right now, I really want to move on …

JMcK: The inner dialogue you have is an extraordinary one, very rare. Eduardo Paolozzi produced thousands of remarkable enigmatic drawings and collages. Were you ever influenced by his work?

SL: Not directly, and I don’t really know these drawings and collages very well. I loved the exhibition Lost Magic Kingdoms, curated by Paolozzi, using fabulous, wonderful works of “primitive” cultures, drawn from the Museum of Mankind in 1985. I saw the show several times.

JMcK: Where did you do your art training?

SL: Mid-Warwickshire School of Art in Leamington, and Hornsey College of Art, London

JMcK: Do you draw from life or entirely from the imagination?

SL: Only from the imagination.

JMcK: What artists interested you most as a student and young artist?

JMcK: Your works have the sense of tactile humanness, as if they are a skin. Is that a reasonable observation?

SL: The surface of writing relates to both the mind and the body. I realise that I’ve always had the desire to make such a surface, a mental and a sensual experience together. The art comes from the desire. The process begins with another surface, usually paper, something supposedly blank and unwritten on. Yet, for me, this surface is not really an “other” and, indeed, not truly “blank” – but more like a skin. The paper with its woven, laminated structure already has a character of its own. The desire is to secrete something upon it, or within it, to transform it and perhaps be transformed by it. To alter it while letting it remain the same. Perhaps such writing is a tissue, rather than a narrative, a covering rather than an exploration, a process of filling rather than a state of fulfillment. If these words are residues on the surface, at the same time they are the surface. Just as a tattoo becomes part of the skin it was inscribed on. And like a skin, this written surface does not deny its depths. It can be wounded, and it can absorb and heal. It can resonate like a stretched membrane, to the echo of a deeper, more ancient surface.

JMcK: Music was important to you as a child, and some of your text work reminds one of musical scores. Do you listen to music as you work? And who are your favourite composers?

SL: Oh! Where to start? On a shelf next to my CD player at the moment I can see: Debussy’s Preludes played by Pascal Rogé, Messiaen’s Catalogue d’Oiseaux played by Peter Hill, Deep Peace – music composed and played on a collection of glass chimes by Frank Perry, and Ocean Waves at Sunset, a recording made of the breaking waves of the sea. Hypnotic.

JMcK: Your imagery is very rich and dream-like. Do keep a dream diary?

SL: Yes, but not recently.

JMcK: Have comic books been a source of inspiration?

JMcK: Do you draw from television or from books?

JMcK: Your work was beautifully crafted and highly narrative through many years when mainstream art was highly conceptual and far removed from drawing or the inner journey you have pursued. Did you have other artists around you who shared your conviction? Would you consider Will Maclean to be one such kindred spirit?

SL: It was great to share an exhibition recently with Will. I am a very great admirer of his beautiful work, but I sense he comes from a very different place. 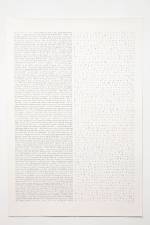 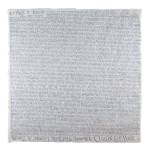