Shaping the World: Sculpture from Prehistory to Now – book review

Shaping the World: Sculpture from Prehistory to Now – book review

This is a fascinating account of conversations between Antony Gormley and the art critic Martin Gayford, over almost 20 years, about sculpture, from Iraqi palaces built in 860BC through totem poles to Richard Serra’s Backdoor Pipeline of 2010 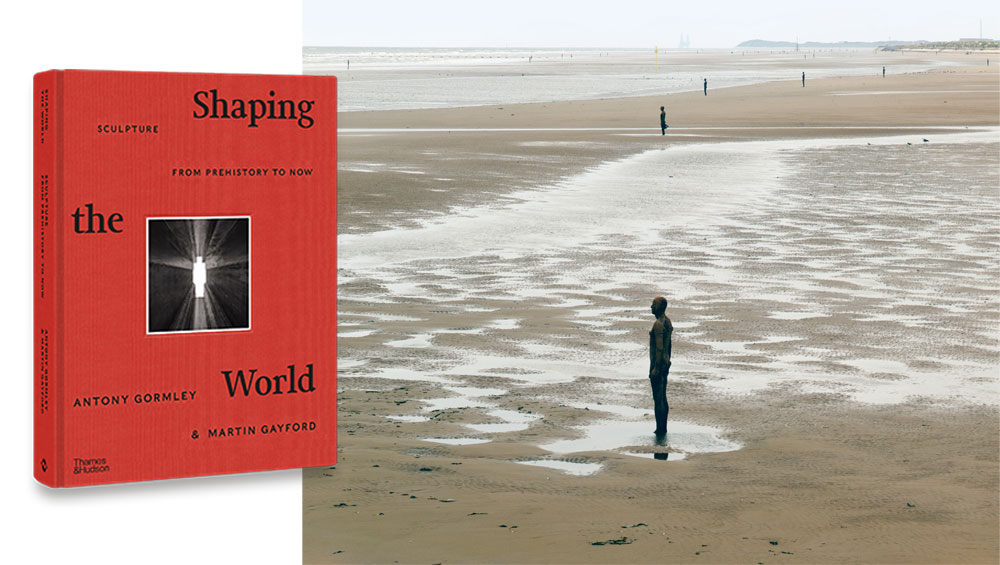 This book is a dialogue between the sculptor Antony Gormley and the art critic Martin Gayford. The entire book, all 18 chapters and 304 images, is structured around their conversations about sculpture across time and place. It is a conversation that began in Santiago de Compostela, in the north-west of Spain, in 2002 and continued more or less intensively for 18 years. From the outset, both men tell us they value what the other brings to their conversations. Gayford values the opportunity to talk about the history of sculpture with a maker, someone who understands material processes and “stuff”. Gormley, meanwhile, values the insights of the writer and critic, the ability to set sculpture in its cultural context and to say something about the life of the sculptor. 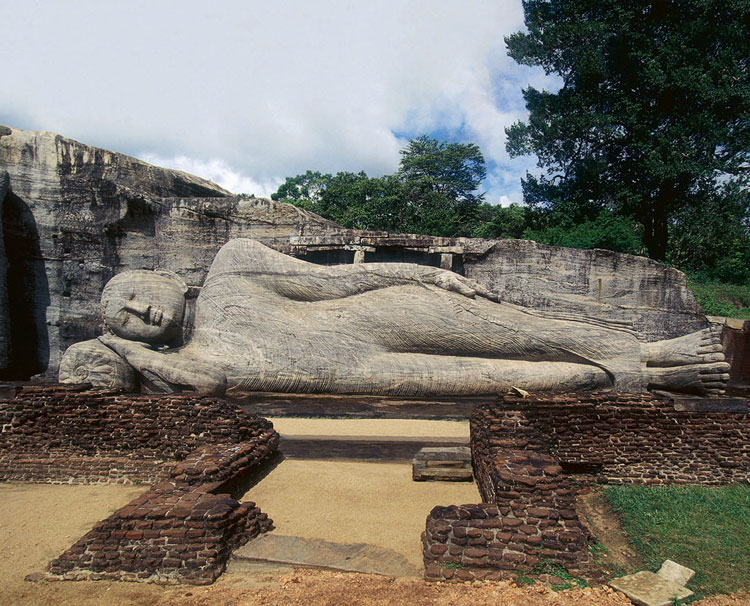 The book’s title suggests its coverage is ambitious, too ambitious perhaps, but it does not aim to be exhaustive. Rather, it intends to be without bounds in its examples and discussions, which is a different thing. It is therefore not limited by time or space and, in a sense, is able to be more experimental, provocative even, in bringing together diverse objects. Gayford claims they go beyond the conventional boundaries of sculpture, although I would say sculpture has sufficiently redefined itself in the last 50 or 60 years to make that something of a moot point. Gormley’s question of what it is to be a human being and how sculpture can help us to understand that seems a more fundamental one to me. And, his understanding of sculpture as “a form of physical thinking” might just help to answer that question. 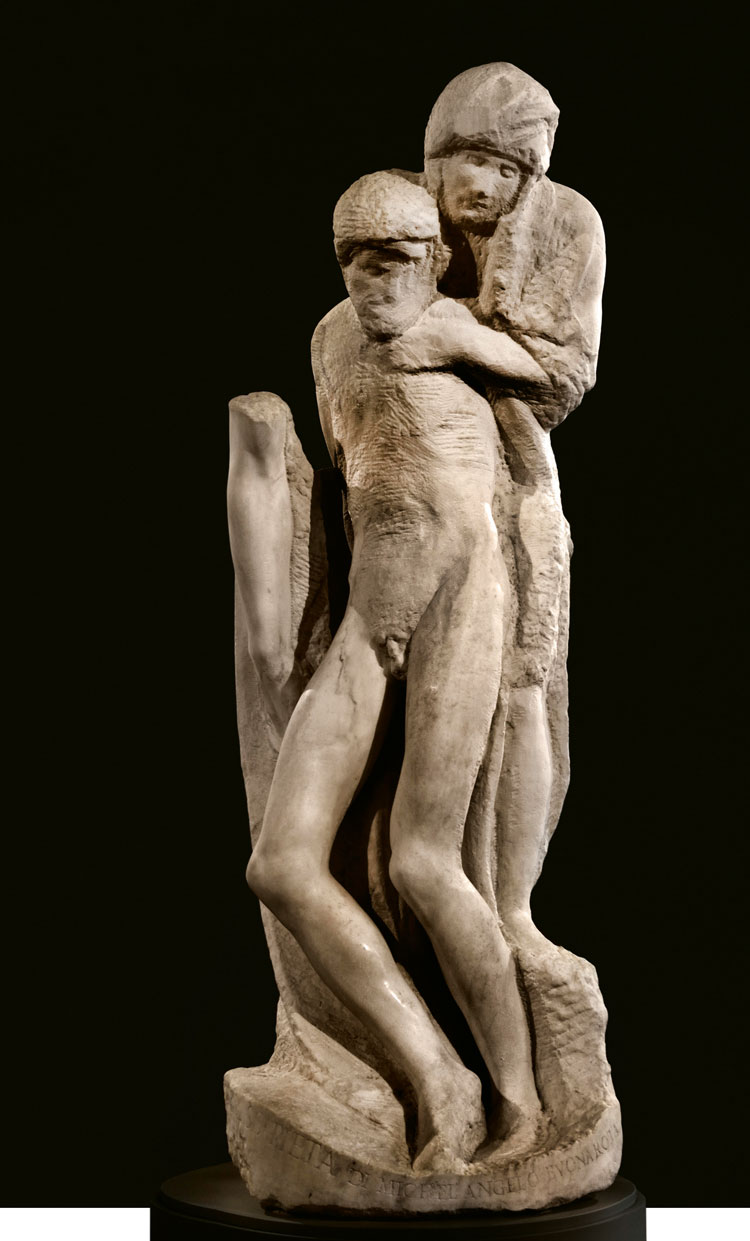 There is something very personal about Gormley and Gayford’s conversations, never more so than in their beginnings in Gormley’s childhood memories of the British Museum – Assyrian winged lions and the great head of Ramesses – although he uses these well to introduce the idea of sculpture as a material proposition that asks: “Can we look at the world like this?” The conversation quickly moves from the sculpture of Iraqi palaces 860BC to Michelangelo’s The Deposition (Bandini Pietà) (c1547-55), then Richard Serra’s Backdoor Pipeline (2010). This is just the first chapter, concerned, broadly, with bodies in space, but it gives you a sense of the range of sculptural objects that crop up. 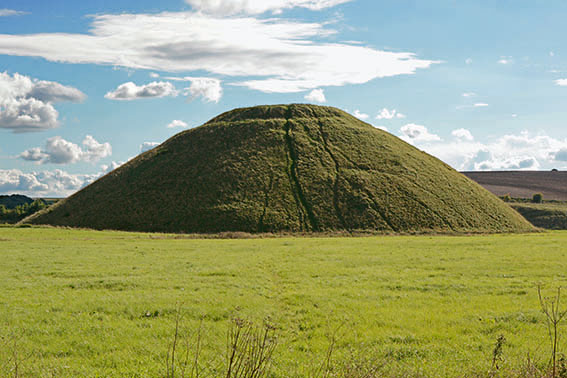 From Silbury Hill in Avebury, Wiltshire (c2400 BC) to Robert Smithson’s Spiral Jetty (1970) and a kiva interior, a kind of underground void, in New Mexico. From a Haida totem pole (c1850) in Graham Island, British Columbia, to Constantin Brâncuși’s Endless Column (1937-38) in Târgu Jiu, Romania, and Gormley’s Mind-Body Column (2000) in Osaka, the comparisons are endless. 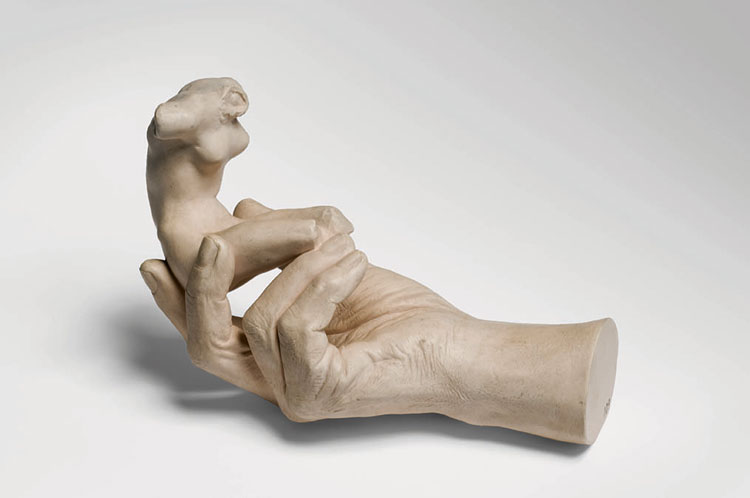 Gormley makes material connections in this book. In his discussion of making American Field (1991), for instance, he touches not only on the idea of collective making, but the importance of a connection to predecessors, making from the ground beneath him, and material as an extension of flesh, a connection between the human body and a body of clay. These sorts of material insights can only come from him as a maker. As he says: “A small clay sculpture has evolved in the hand or the space between two hands.” 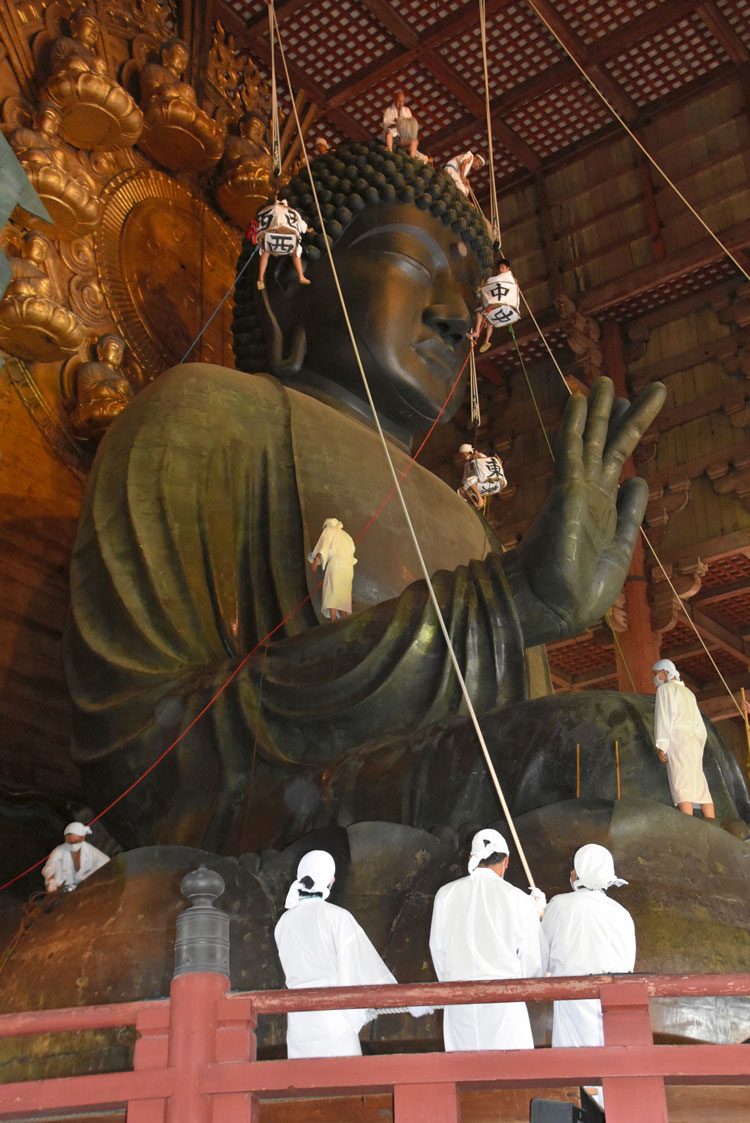 The idea of space as generative is an attractive one that is picked up later in this book in a chapter on the subject of voids. The notion of sculpture as a negative space is not new, but the treatment here of the void in sculpture is intriguing. We might think of the void as an absence of light (darkness) or sound (silence) or material (space) and all three of these aspects have relevance. The conversation here begins with voids, with examples ranging from the Gallarus Oratory in County Kerry, Ireland (c6-12th century) to the Great Chaitya prayer hall at Karli Caves in Maharashtra, India (c120AD) and the Longmen Grottoes at Luoyang, China (493AD). Gormley, again, explains it best by pointing out that in the darkness and the silence of the void: “This is a point where your own life becomes the medium under examination.” 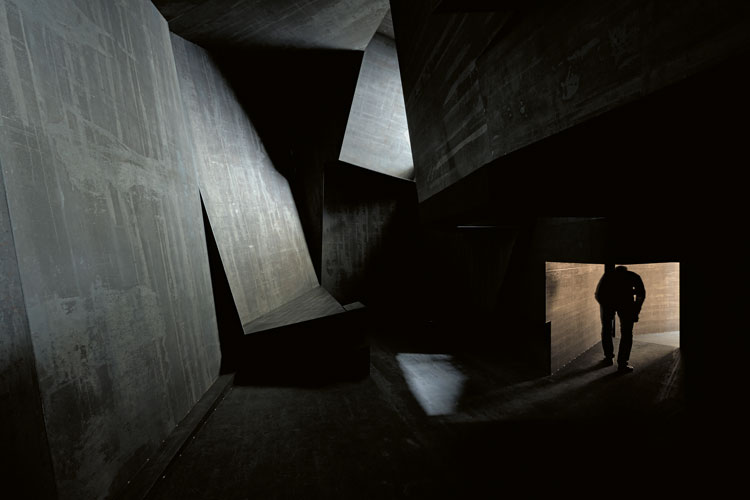 The same thing happens when we confront the hollows, voids and empty or negative spaces in works as diverse as Barbara Hepworth’s Configuration (Phira) (1955), Mirosław Bałka’s How It Is (2009) or Rachel Whiteread’s Ghost (1990). Whiteread’s Ghost gives material form to the void. She cast the inside of the upstairs sitting room of a 19th-century terraced house in London, close to where she was born.  Gormley suggests this is a modern-day cave made visible, causing us to reflect on our own experience of such spaces. Bałka’s How It Is takes the form of an enormous black metal tank. Inside the tank is a black void.  It is impossible to navigate visually and only touch can identify the internal limits of this void. Once again, the experience causes us to reflect on our experience of our own human form in space. 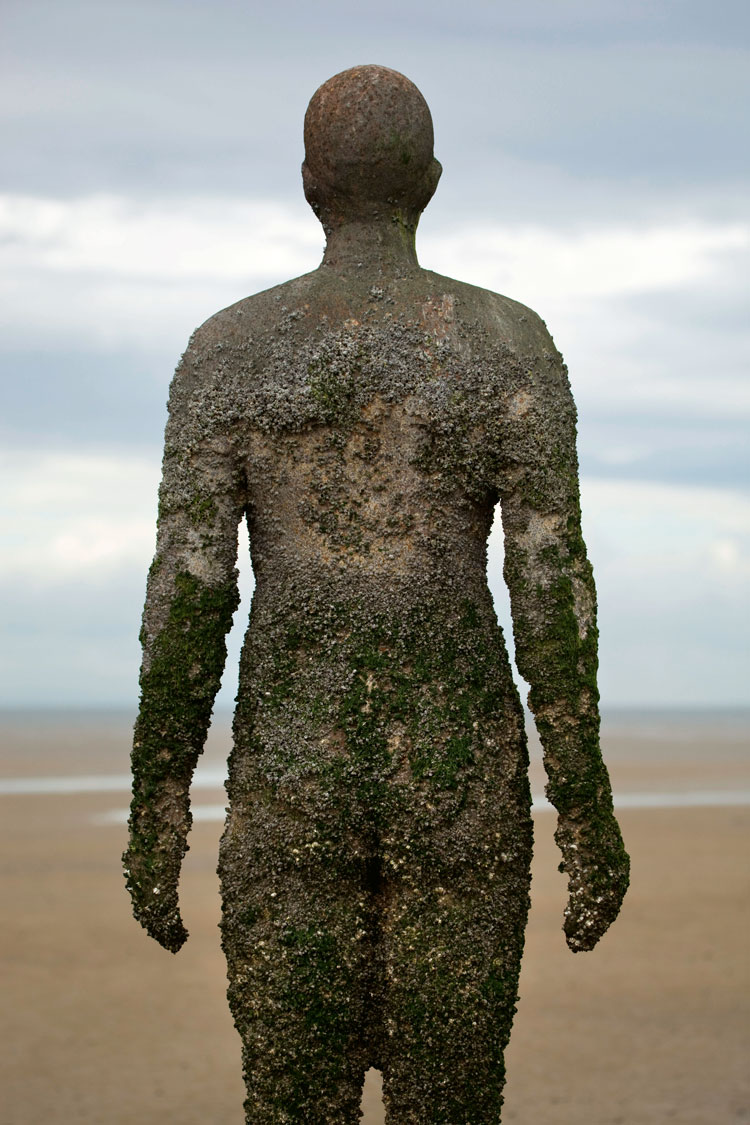 The human form is a central subject for Gormley in his artworks. From the enormous Angel of the North sculpture (1998), which stands 20 metres high, to casts of his own body, it is an enduring theme for him. Yet, even here the question of the void arises. He explains that in early case works, such as Three Ways: Mould, Hole and Passage (1981-2), openings in the surface allow the dark interior void to be glimpsed. In later works, such as Untitled (For Francis) (1986), these openings become eye-shaped apertures that invite us to gaze at the inner darkness. This is the sort of looking that seems to halt time, temporarily at least and that is Gormley’s hope: “For me, sculpture is an attempt to stop time. We are immersed in space, but also in time. And time itself shapes sculpture. Sculpture, in its stillness, can somehow provide a hinge between the two.” We can see and experience this in all sorts of sculpture because, if Gormley is right, and I believe he is, it is ultimately about our own mortality. That is what this book conveys so well and, really, that is down to Gormley. The maker brings renewed understanding to the writer, the critic, the reader, the viewer. This understanding enables us to better interrogate sculpture, and perhaps to reflect more fully on our lives in the world.

• Shaping the World: Sculpture from Pre-history to Now, by Antony Gormley and Martin Gayford, is published by Thames & Hudson, price £40. 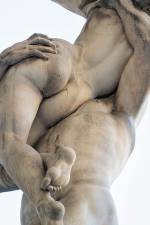 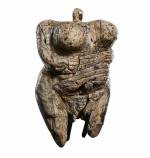 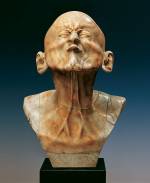