Sean Scully: ‘The stripe can do anything in any direction, and since it is so common, it corresponds to everything around us’

Sean Scully – interview: ‘The stripe can do anything in any direction, and since it is so common, it corresponds to everything around us’

The abstract artist talks about why he changed his style so radically in the 1980s, the influence of Ireland, the UK and the US on his work, and why he is so popular in China 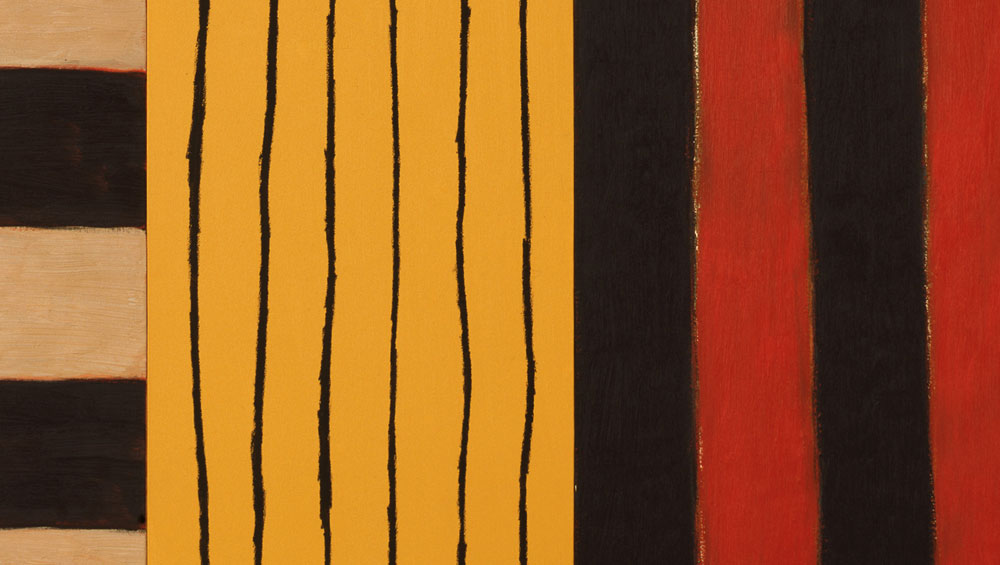 Sean Scully (b Dublin, 1945) first gained international acclaim during the 1960s, with his hard-edged, brightly coloured paintings. His current exhibition at Mnuchin Gallery, New York, entitled Sean Scully: The Eighties,is the first to examine the pivotal moment in the artist’s career when he abandoned gridded, crisp compositions for a more painterly and poetic style. The artist has been committed to this approach to painting ever since. Scully, who in 2014 became the only western artist to have had a career-length retrospective in China, is currently the subject of a major solo exhibition at the Guangdong Museum of Art, Guangzhou, and later this year will have solo museum shows in the Czech Republic, Spain and New York.

Allie Biswas: The exhibition at Mnuchin Gallery is focused solely on your paintings from the 1980s. You had moved from London to New York just a few years before. What were your reasons for leaving England, and how did you feel on arriving in the US? Were you immediately part of an artist community?

Sean Scully: I arrived in New York in 1975 and was immediately welcomed. Robert Ryman was a friend, as well as others. At that time, I worked in a way that was severe. Then, in 1980, I left minimalism for a return to a more expressive figurative abstraction. I can’t say that I couldn’t have done this in England, but my desire to be in a “painting” city encouraged my life and my work. The reactions to what I did were not filtered. 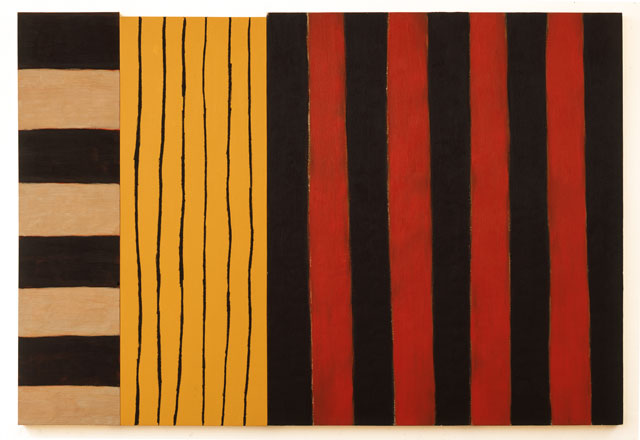 AB: More widely, how has location impacted on your art? In particular, I am thinking of Dublin (where you grew up), London (where your family moved to and where you attended art school) and New York (where you’ve been based for several years). I’d also like to add here Harvard, where you carried out a fellowship.

SS: Location is important for me. Ireland, its history and its sorrowful wild poetic nature is in me. But, I grew up in London. It is a fantastic town, and that is the real influence. I was in London at the time of a real music scene. My mother was a singer, and I was in a rock band, and then a blues club. The beat of music is running through my work. My year at Harvard was amazing. It was then that I understood the open generosity of America. I love New York. If you do something interesting, people will be interested.

AB: Your work in the 80s developed in a completely new direction to your previous paintings. Can you describe this earlier work, as well as what propelled you to begin exploring painting in other ways?

SS: I got impatient with the precious remoteness of high-end abstraction. I wanted to bring painting back to metaphor and expressiveness. 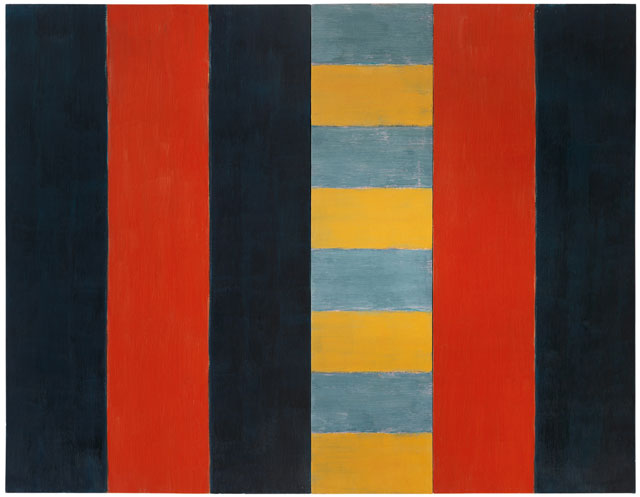 AB: The show could perhaps be seen as setting up a relationship between your new methods of painting and your move to New York. Is it any easy connection to make now, looking back, or are you in agreement that one sparked the other?

SS: I came to the US to do something. It was a huge risk. So this exhibition shows a selection of my known paintings from this time. But the super grids that I made in London and at Harvard are an important genesis for these works, as are my black-and-grey paintings.

AB: What has sustained your interest in abstraction and, in particular, the stripe?

SS: Abstraction is free. It is always concerned with thinking, and it is concerned with acting free of context. Also, it is always reaching outwards. The stripe can do anything in any direction, and since it is so common, it corresponds to everything around us.

AB: What inspired your architectural constructions of the canvas, which is often made up of two or three panels that have been fitted together?

SS: I wanted to combine romantic emotional painting with the rupture of the real. I am interested in making relationships that are unpredictable.

AB: What is your process for making a painting? Are you someone who plans and sketches, or is it completely spur of the moment?

SS: My working process is very direct and intuitive. 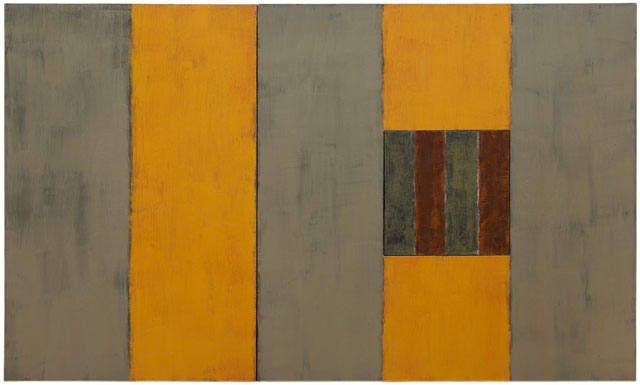 AB: What or who have your sources been throughout your career?

AB: Why do think China is so beguiled by your work? You had two institutional shows in Beijing and Shanghai in 2015, and earlier this year you showed at the Art Museum Nanjing University of the Arts. A show at the Guangdong Art Museum is running concurrently to your exhibition at Mnuchin Gallery, and next year you have an exhibition at the Hubei Museum of Art, Wuhan.

SS: It is difficult to say. The reaction to my work there has been extraordinary. But these things always depend on an action intersecting with a desire or a need. They don’t need our photography or conceptual art. They have it. But my guess is that the emotion in relation to the structure fascinates them. China will be the definer, in large part, of the 21st century, and I think that this sense of the collision of humanism with expansion is a central part of why that is. 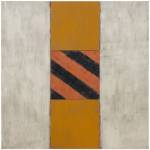