From the skeleton army in Jason and the Argonauts to the Kraken in Clash of the Titans, the monsters that the master of special effects conjured up are both terrifying and beautiful 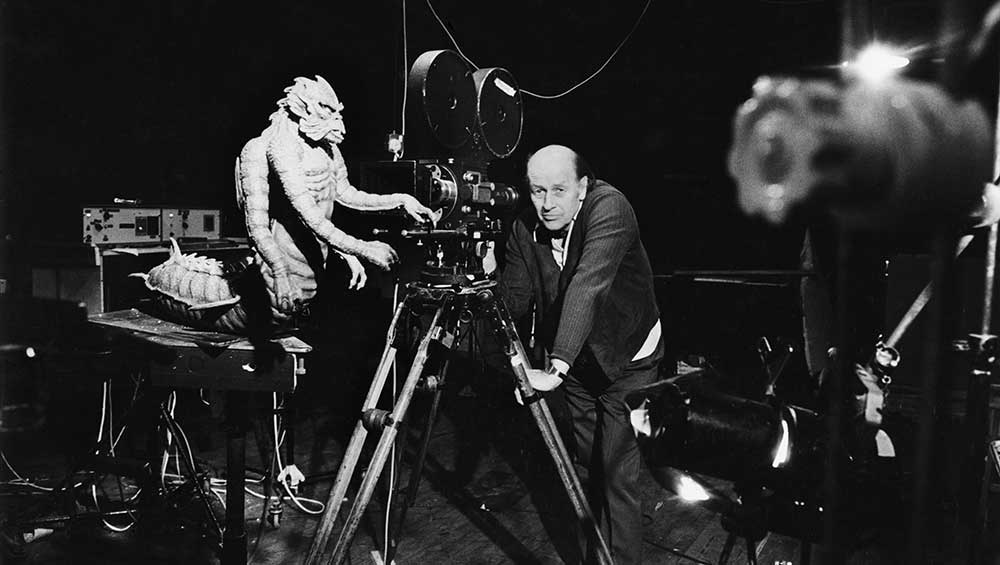 In an age of anxiety, terror and a generally dystopian atmosphere, it is interesting to reflect on Hollywood’s longstanding creation of fictional monsters and horror, and the retrospective of Ray Harryhausen’s inventive, fantastical creations is an entertaining and enlightening way to do just that. Created during the cold war, at a time when audiences were perennially worried about the threat of nuclear oblivion, these films became a means of escape, where monsters were first made visible and then vanquished, heroically.

Exhibited (after some Covid-induced stops and starts) in Edinburgh’s Scottish National Gallery of Modern Art, this vast presentation from the archive of Harryhausen’s legendary special effects work moves from the 1950s to the 1980s, telling not only a story of one man’s miraculous sense of imagination and invention, but also providing a way to understand what we are scared of, why fear is also so crucially part of entertainment and escapism, and what makes us go back time and again for more, especially, perhaps, during times of crisis. 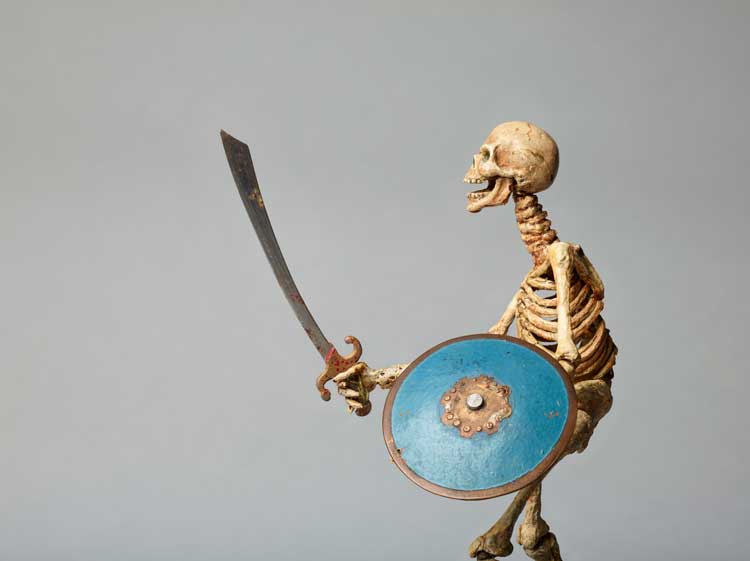 Marking what would have been Harryhausen’s 100th birthday year (he died in 2013, at the age of 92), Titan of Cinema features films such as Jason and the Argonauts, the Sinbad films of the 50s and 70s, One Million Years BC and Mighty Joe Young. In so doing, it reveals how Harryhausen’s creations went on to inspire future iconic film-makers such as George Lucas, who was quoted as saying: “Without Ray Harryhausen, there would likely have been no Star Wars.” Steven Spielberg, The Lord of the Rings director, Peter Jackson, Aardman Animations and Tim Burton were also greatly influenced by his rich legacy – not only in terms of technological innovation, but also his aesthetic brilliance. 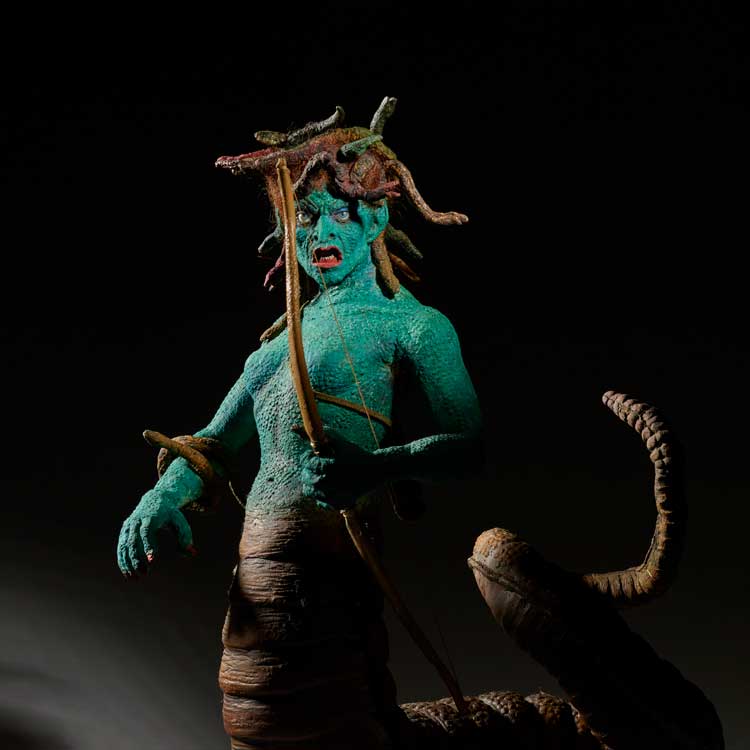 From the terrifying, eerie and yet quite beautiful skeleton army in Jason and the Argonauts to characters such as Medusa, the seven-headed Hydra, winged harpies, the Kraken and many roaring dinosaurs, Harryhausen’s creations drew on myriad influences, from Greek mythology to Botticelli and the work of Gustave Doré and Pablo Picasso, to create worlds in which to escape and be consumed. Indeed, a sense of terror, which is at once fantastical and awe-inspiring, is at the heart of Harryhausen’s success, and makes for fascinating viewing all these years later. 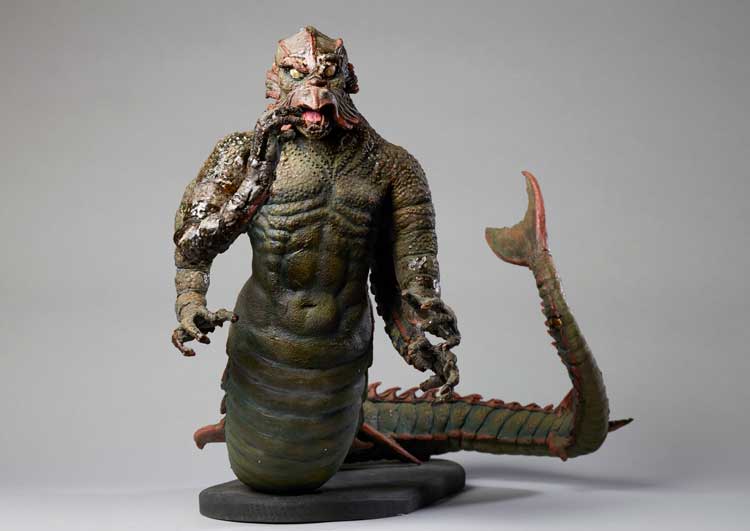 Creating suspense and awe with monsters made of plasticine and wire, pencil and pen, but seeming to have come from another world entirely, Harryhausen brought ancient mythology to life for new audiences, with a sense of adventure and glory that had never been seen before in such a way. Revolutionising the ways film-makers would dream up and make movies, and changing the way that people imagined monsters, these special effects had huge impact. Although his monsters were scary, it is impossible to watch them without a sense of wonder. Harryhausen created a spectacle in which the monsters were so beautifully and intricately created that fear was balanced out with a sense of almost pop sublime. Although the characters may be terrifying, they are depicted with such intense colour, in such mesmerising scenes, and with such astoundingly intricate features and movements, that they are beautiful to watch, even as they terrorise their adversaries.

First inspired at the age of 13, during a trip to the cinema in 1933 to see King Kong, in his home city of Los Angeles, the young Harryhausen began making his own models at home. He was then introduced by a friend to King Kong’s creator, Willis O’Brien, who critiqued his very early work and advised him to take art and design classes to develop his skills. Harryhausen then took courses in art direction, photography and editing at the University of Southern California School of Cinematic Arts, during which time he developed a form of animation that he termed “Dynamation”. Paying great attention to the details of human and animal anatomy, Harryhausen’s models were very realistic and so believable when transformed, through stop-motion animation at the impressive rate of 24 frames per second, to the big screen. 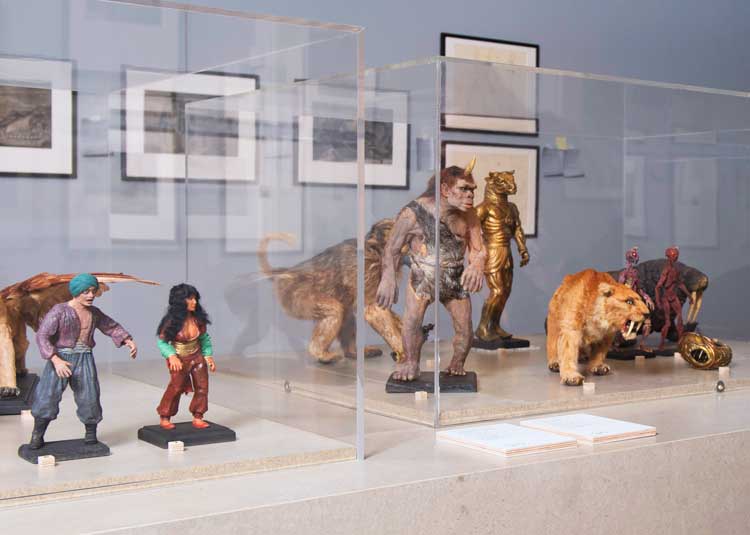 Presenting an array of archival material, from preparatory sketches to fully finished models, as well as clips from films and commentary, Titan of Cinema is a fascinating exploration not only of Harryhausen’s vast and impressive series of finished works, but also of the creative process itself, and how he fused technological skill and innovation with attention to historical detail and pure imagination. In particular, Harryhausen’s process of Dynamation, in which backgrounds are layered against footage of actors to give the illusion that they are really interacting with the models, is fascinating in the context of later technological innovations such as CGI, which is clearly inspired by Harryhausen’s ideas and enthusiasm. The magic of cinema is here to see, and the journey to create it, from beautiful concept sketches and storyboards to original movie posters. There is also a very entertaining green screen set-up in which visitors can be “actors”, fighting Talos and the deadly harpies and seeing the end result.

Perhaps most memorable, however, are the models themselves – the mythological creates such as Bubo the owl, Medusa, Cyclops, Minaton, Talos and Kali, all so carefully realised and possessing a consistent style and intensity that marks them as creations of the great Harryhausen, who brought the ancient world and its fantastical, timeless storytelling, to a new, enraptured audience. 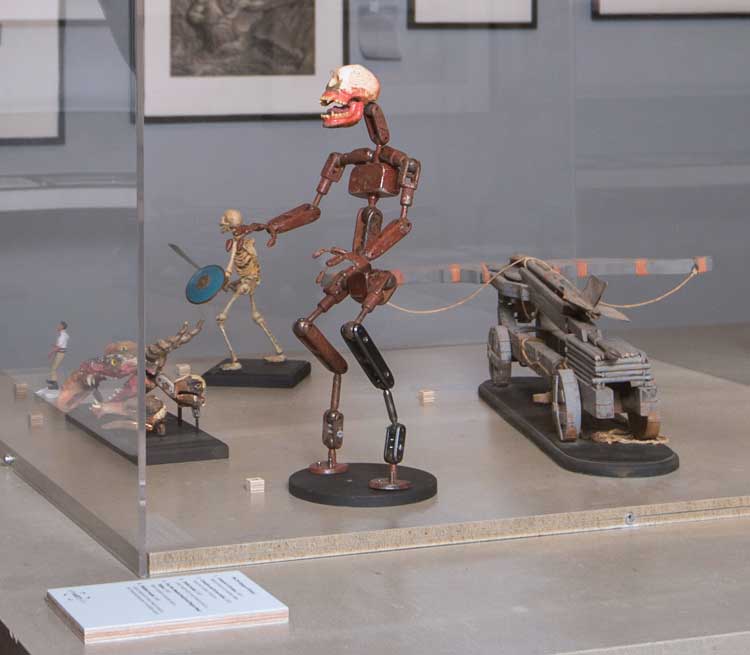 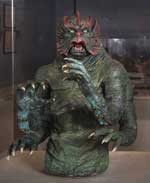 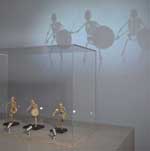