A life-size crocheted brown bear (crochetdermy = due to it resembling taxidermy), a cross-stitched work by the only male member of the Chelsea Ladies sewing group, a woman's prosthetic leg; custom-made coffins and bicycles, and a King Gorilla made from metal coat hangers, are brought together among over 100 other remarkable objects in the exhibition Power of Making, at the Victoria and Albert Museum in collaboration with the Crafts Council.

The exhibition celebrates the role of making in our lives, by presenting works that range from the ancient craft of dry stone walling, to cutting edge innovations in medical science; a marvellously crafted puppet from the 2009 film Fantastic Mr Fox to handcrafted shoes. Celebrated traditional methods of making are presented that prompt one to question the sustainability of low cost clothing for example, made under poor conditions in third-world countries, for an increasingly throw away culture. During straightened economic times these arguments are increasingly pertinent. We are prompted too, to consider the advantages of handmade and homemade: is the product better quality, does it bring satisfaction to the maker, and if we all used our hands and experienced the satisfaction of completing a product to wear or to admire or use, would our lives be enhanced?

A scheme started by Lady Anne Tree showed the beneficial effects on prisoners in London, of teaching them to embroider. The charity she founded, Fine Cell Work, enabled male and female prisoners to engage in skilled and engrossing work. They made finely detailed cushion covers, wall hangings, quilts and rugs, by top designers whilst also enabling them to earn a wage that would in due course aid their reintegration into family life and society.

Although with hindsight, the scheme seems sensible, it took Tree three long and frustrating decades to persuade the Home Office finally to give it the green light in 1982. As she observed: “The noise in prison would drive anyone crazy, all that banging of doors, but you can retreat in sewing. You can block out the noise. It is meditative, a way of thinking, of taking stock. So it's not just the money. It’s the feeling of self worth that is vital”.1 The possible applications of such an activity, for busy lives, are endless as the V&A Crafts Council exhibition displays. Within a decade Fine Cell work was generating £200,000 in sales from the prisoners’ creations. Today more than 60 volunteers train 400 prisoners. The work has been exhibited by the V&A, (Quilts Exhibition, 2010) commissioned by English Heritage and sold to leading interior designers.

The sewn pieces by Major A.T. Casdagli - God Save the King, 'F*** Hitler; and his son Captain A. Casdagli CBE – The Tree of Life, are shown side by side at the V&A. The recent work of retired naval officer Tony Casdagli, follows in the footsteps of his father who cross-stitched a powerful piece while a prisoner of war during World War I. Major Casdagli carefully embroidered the border with the message God Save the King, F*** Hitler, in Morse code, in full view of his German captors, a satisfyingly defiant act.

In his essay, “The Power of Making”, Daniel Miller observes:

Craft can easily become a vehicle of nostalgia, whose primary purpose is not just to remind us of what we have lost, but thereby to imply that we are diminished in our very humanity. Since the Industrial Revolution there has been a mourning for the loss of manual labour, and a belief that what we have gained in the wealth of industrial commodities has been at the expense of the human spirit. Such ideas seem designed to make us feel shallow and inauthentic by comparison with our ancestors, and probably increase rather than decrease our feelings of alienation.2

Miller also points out that as an anthropologist, he lived for several years with non-industrial farmers and potters: “Such people are engaged in making a given range of objects over a lifetime, simply to feed their family. The modern ideals of creativity and fulfillment are simply not relevant in most cases.” Many a fellow “crafty mum”, will have felt embraced for being “Ssoooo talented”, only to feel, 35 animal suits later for the school play, as an “unpaid soft touch”. The attitude of a certain kind of “educated woman” can be intensely dismissive of one who sews, makes, knits. It is primarily the product of an education system that puts Latin, Classics, Mathematics and English Literature above the different thought processes, and thus the problem solving potential, required to design and create.

Professor Sir Christopher Frayling, in his essay We must all turn to the crafts, quotes Walter Gropius in his first manifesto of the Staatliches Bauhaus (1919). Frayling’s essay seeks to establish that Gropius did not state return to the crafts, a British mistranslation that has dominated art education in this country. Indeed, during the second phase of the Bauhaus, “Gropius added that it was the ‘traditional nature’ of craft that was holding back the potential for craft to become, “research work for industrial production, speculative experiments in laboratory-workshops where the preparatory work of evolving and perfecting new type-forms will be done”.3 Herbert Read picked up this very point and expanded it in his important study, Art and Industry. Yet the area remains unresolved with art educators arguing about it ever since. “The Crafts, it is said, have developed since the 1960s a Cinderella complex, when they should have been content to stay in the kitchen: far too many invitations to the ball have already been sent out.”4

Craft as a form of knowledge for Frayling was first encountered in reading Book III of Jean-Jacques Rousseau’s educational treatise Émile (1762): “Émile is a strong polemic, cast in the form of a story about a boy and his tutor, against learning by rote and social conditioning and in favour of the development of the individual of the individual child – what would today more prosaically be called, after Jean Piaget, ‘the psychogenetic educational principle’. Book III of Émile, dealing with the early teenage years (when I first read it), is concerned with the learning of a craft, in Émile’s case carpentry: ‘If instead of making a child stick to his books, I employ him in a workshop, his hands work to the advantage of his intellect, he becomes a philosopher while he is simply becoming an artisan’.”5

Hand and head have always been separated. Research into “craft knowledge as a contributor to the intelligence of feeling” is helping to convince business and universities of the importance of re-learning to think, as can be seen in the work in Scotland, at the University of Dundee, in which city the new V&A is being built (V&A at Dundee: Making it Happen, Studio International, 05/03/09).

“In my view, what continues to distinguish the crafts, to make them highly visible, is the care with which they have been made, the fact that they have been made by one human being for another, the individual ‘take’, the use of materials and the thoughtfulness of their design: design with attitude. And, yes, the patient mastery of technique until it becomes second nature. The crafts have become a wide range of possibilities, a spectrum, and the more inclusive the better. They can represent an ethical statement, but the point is, they needn’t.”6

3. Professor Sir Christopher Frayling, ‘We must all turn to the crafts’, ibid, p.29. 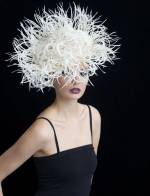 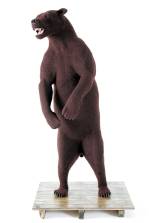 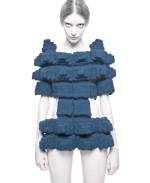