Pierre Dunoyer – interview: ‘If the colour is not in its proper place, there isn’t harmony’

Pierre Dunoyer – interview: ‘If the colour is not in its proper place, there isn’t harmony’

For his first solo exhibition in France in more than three decades, the French artist is celebrated through a retrospective of 14 paintings. He talks about his career and explains how working with young schizophrenics led to him overcoming his fear of becoming a painter 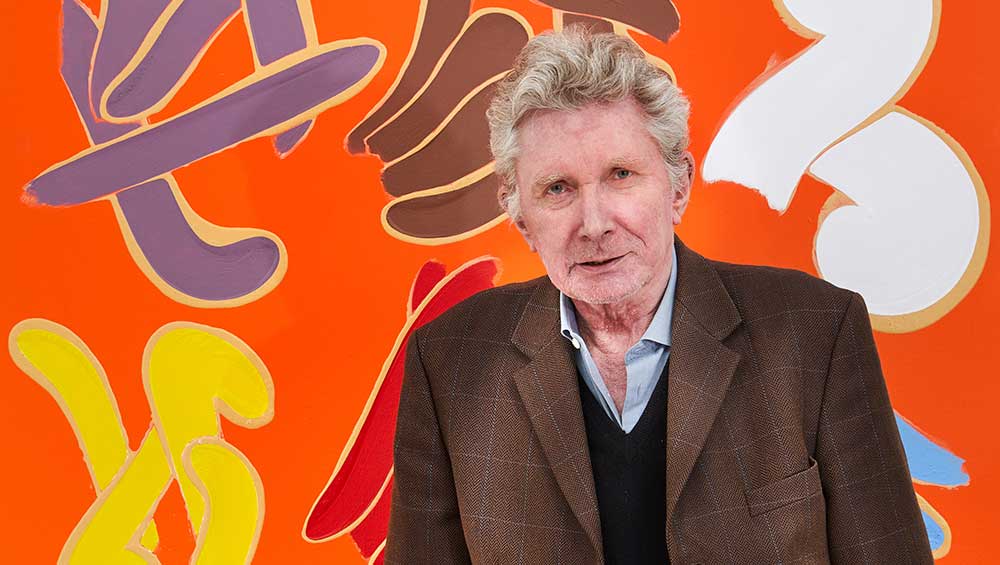 As a member of Janapa, a short-lived group of artists who came together in Paris in 1978, Pierre Dunoyer (b1949, Marseille) established himself as a painter. Taking its name from a line of poetry by the playwright Antonin Artaud, which in English translates as “I have no father or mother”, the collective, which along with Dunoyer included Christian Bonnefoi, Côme Mosta-Heirt, Antonio Semeraro and Jean-Luc Vilmouth, was bound by philosophical debate. Although they aligned themselves conceptually to their forebears, specifically Matisse and Picasso, Dunoyer and his peers claimed a stylistic allegiance with figures such as Piet Mondrian, Robert Ryman and Martin Barré. 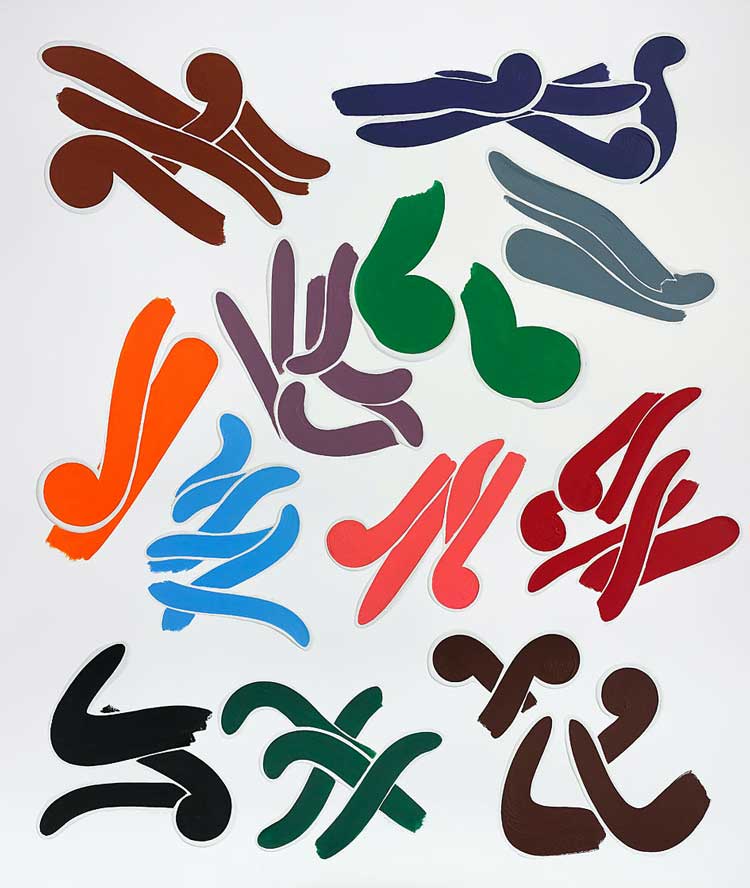 Dunoyer’s first paintings consisted of monumental swathes of dense paint that resided on top of a smooth, monochrome background. This approach, of accentuating a single painterly form on the canvas, has guided his work over several decades. The exhibition at Musée d’Art Moderne in Paris highlights the artist’s trajectory through a selection of 14 paintings, made between 1978 and 2022 and arranged chronologically. Dunoyer describes his compositions as “painted thoughts” that “have no other ambition than just to be there”.

Allie Biswas: What was your motivation for becoming an artist?

Pierre Dunoyer: In 1973, at the Grand Palais in Paris, I saw a big show of paintings by Barnett Newman and also Ad Reinhardt [the Reinhardt retrospective followed a major Newman exhibition in 1972]. When I saw Newman’s work, I was shocked. It became very important to me. I said to myself, if you accept this, if you keep this work in your mind, it’s over for you. Over the next few years, from 1973 to 1977, I tried to find another way for my life, because I was very afraid to paint. 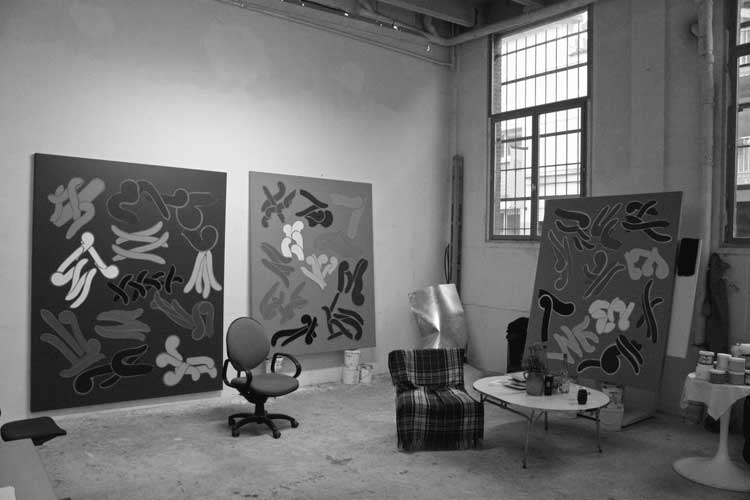 AB: You initially trained in architecture. Did this experience encourage you to start making paintings?

PD: My father and uncle were architects. I was very frequently in their workspace and we talked about architecture all the time. My father said to me, architecture is the highest of the arts, not painting. But I didn’t want to be an architect. In Paris, I had met [the architect] Jean Prouvé and worked with Georges-Henri Pingusson, but after that I stopped. There was a big poster of Mondrian in the salon of my father and that made an impression. I have thought about Mondrian all the way. Anyway, owing to many causalities, I then decided to work in psychiatry. I worked for a year and a half with young schizophrenics. A doctor asked me to make a mural. This was in 1976. After I made it, he told me, you have raised something extraordinary in these patients. You have to do something, in this way. I said, all right. I decided to go to the tableau [canvas]. I was just 27 and very afraid about what I could do. It was impossible for me to understand how to conceive a tableau, but it was like an answer to a call, in the way that the paintings of Newman and Reinhardt had called me. 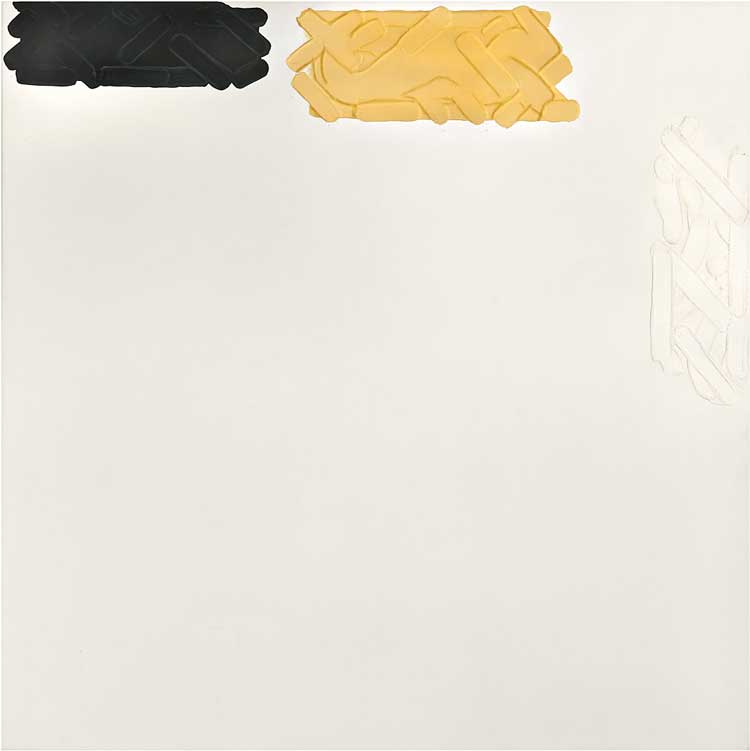 AB: Soon after, you exhibited in three Janapa shows in Paris, which all took place in 1978. The Janapa group emerged following the development of two other radical painting movements in France – BMPT and Supports/Surfaces – which had evolved towards the end of the 1960s.

PD: When you are very young and ignorant, the stain is a good start. You can see this stain in the first painting displayed at the Musée d’Art Moderne [Blanc, 1978]. I put this work in a Janapa exhibition. The second painting seen in my retrospective [Elėonora, 1979] was included in an exhibition the following year at Galerie Sonnabend, which featured Christian Boltanski, Alain Kirili, Jacques Poirier and Sarkis Zabunyan. These two paintings began my work. I was interested in BMPT, which included [Michel] Parmentier, a famous painter, and [Niele] Toroni, a very good painter, too. But I wasn’t at all interested in Supports/Surfaces. That was ideological art. Deconstruction. Ideology is absolutely unfair. I prefer to stay with my fear. Fear is a good way. 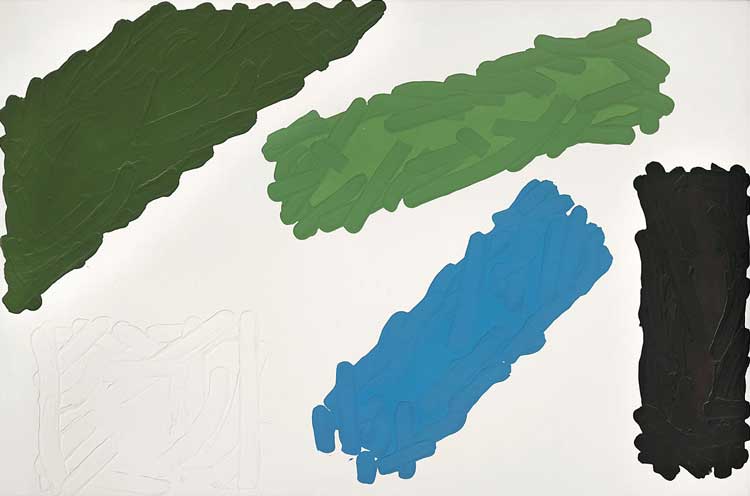 AB: After these initial works, made at the end of the 70s, you started to use colour, which remains important to you.

PD: I found that the early paintings were too formalist. I had to do something that would enable me to be in the canvas, in a real way. I have tried to develop my work within the factualness of the colour. If the colour is not in its proper place, there isn't harmony.

AB: You spent most of the 80s working in New York. How did that cultural shift impact on your painting?

PD: The mood was too speedy for me. I needed more time for my work. In New York, the idea of the artist was to be a producer. I don’t want to produce. I’m a painter who is just trying to approach the tableau. But the Museum of Modern Art at this time was marvellous. It was small, easy to go around, and the cafe had great hospitality.

AB: How would you describe the tableau now, nearly five decades after you started painting?

PD: It is an object, which is in front of me. I can feel its weight and size; I can feel many things. There is just one surface and it’s a pure object, as Newman and Reinhardt knew very well

• Pierre Dunoyer: Retrospective in 14 Paintings is at Musée d’Art Moderne, Paris, until 13 March 2023. 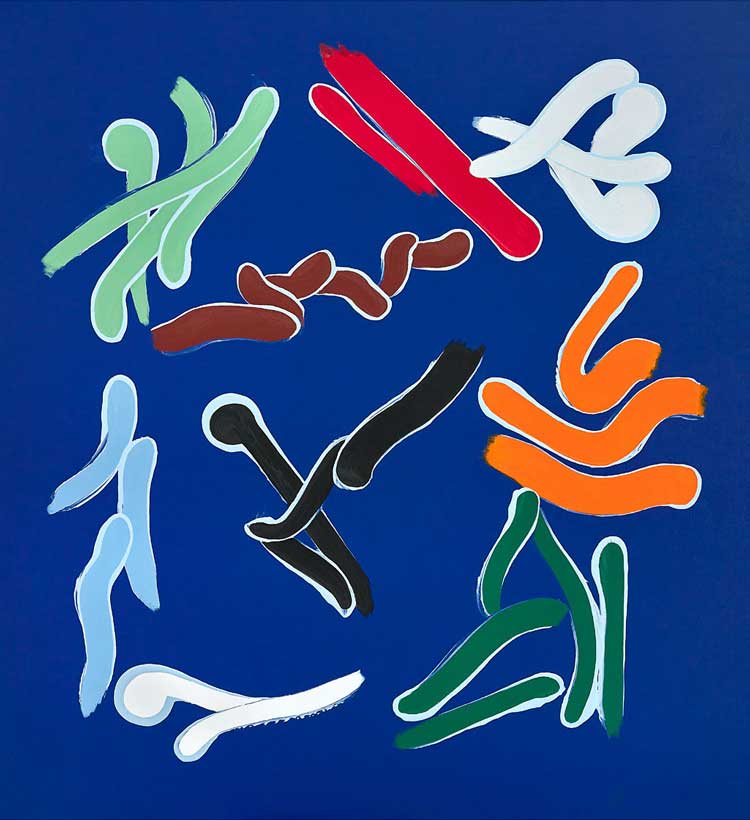