Paul Chan is a versatile artist and writer, working in video, installation, publishing and the internet, whose work probes our assumptions about the nature of visuality and visual art

Paul Chan, the winner of this year’s Hugo Boss Prize, continues to be a visible presence on the artistic scene. This visibility is somewhat ironic, because Chan’s art – and his persona – play the edge between the visible and the invisible, probing widespread assumptions about the nature of visual arts, and privileging a coded, language-based form of address. From his earliest work, dated to the late 1990s and inspired by the writings of Charles Fourier, an 18th-century utopian thinker, and the drawings of Henry Darger, an outsider artist and writer who produced a voluminous illustrated manuscript about pre-pubescent Amazons leading a rebellion against child abusers, Chan has been fascinated by the contrast between ideal visions and the violent, sexually charged feelings and sensations that inspire them.

Despite his work taking various forms over the years – from drawing and video projections, to writing and interviewing artists and journalists, to running a website and founding a publishing company – Chan has maintained a focus on the shadowy realm in the human psyche in which the difference between imagination, knowledge and reality often ceases to exist, collapsing to a point of phantomatic presence. A visitor expecting to enjoy a richly saturated visual display rather than a coded descent into the darkness of the human psyche may be disappointed. Nonprojections for New Lovers is an installation of video projectors that do not project anything. In order to see an image, the visitor presumably has to lie on the floor and peer into the projector’s lens – needless to say, few art lovers are capable of such spectatorial feat. The projectors are connected by cables to which old shoes are tied: the shoes signify anything but a wearable commodity because they are filled with cement. A series of books on erotica, published by Chan’s publishing house, Badlands Unlimited, is on display at the exhibition space and made available for purchase in the museum store. Finally, there is a wind-blowing installation on the wall, composed of three constantly undulating pipes made out of corrugated and highly pliable material, which continuously sends strong currents of air through the room.

The Hugo Boss Prize, administered annually by the Guggenheim Museum in New York, is dedicated to honouring the work of one contemporary artist chosen by the board, which comprises internationally known curators and museum directors. By selecting Chan from a list of exceptional candidates, including Sheela Gowda, Camille Henrot, Hassan Khan and Charline von Heyl, the board marked the entirety of Chan’s oeuvre as a significant contribution to contemporary art. The exhibition on view presents a sample of this work. The artist agreed to an interview on the occasion of the show’s opening.

Natasha Kurchanova: While your art has taken many forms and shapes, this particular installation seems to be about art’s invisibility – media’s in general and digital art’s in particular. The theatrical element is minimised while the political one is not overt, but implicit. Could you expand a bit on what led you to create this particular piece at this time, since all your art is highly diverse and contextual.

Paul Chan: The video projectors belong to a series called Nonprojections, which I began making in 2013. I made them almost on a dare because, at that time, I stopped making work for a while, and then, when I started again, I realised I was incapable of making the same work as before. Early on in my artistic life, I was producing vivid, polyphonous animations that attracted your attention through the movement of colour and light. I loved them, as you would something that you’ve done in your past and you cherish, but they were still in the past. Times have changed, and I have changed, and I wanted something else. So the question becomes: what do you make if you do not want to do what you did? For me, it was the beginning of a process of understanding what it means to make something today. I think Nonprojections came out of this feeling of wanting to make something new, something that still has to do with the moving image, but may not have anything in it like the moving images I had before.

NK: This work seems to have metaphoric meaning also.

PC: Because we are metaphor-making beings, aren’t we? It’s interesting that you picked up on the idea of how time is very important to my work. We live in time. We try to live in the present as much as we can, but I think that our life today is different than it was in 2003 or 2004. There are many differences, but one of them may be that we are surrounded by moving images now. In 2003, I did not have a fully functioning colour screen that could show me any type of image I want, on my phone in my back pocket. But, today, every person is staring at a moving-image screen on subways, in cars and taxis, on the sides of buildings.

NK: So, is there too much visibility?

PC: I do not know if there is too much visibility. I know that I did not want to make work that would simply exist within that continuum. I wanted to find some other nourishment and some other pleasure in another kind of moving image. Whether I succeeded or not – this is what I made.

NK: I think you did, because you also included your books in this project. In fact, they are an integral part of it. Do we have to read these books in order to experience your work or understand it? Could you tell me a little about your press, Badlands Unlimited, which is part of the exhibition, because the books it published are on display along with other objects.

PC: Badlands Unlimited is a press I started in 2010, during the time when I was not making or showing any work. I always wanted to publish books, but I did not have the money or resources. Because I was not making anything then, I had plenty of time. So, I decided to go for it and start a press. It’s been going for around five years now, and it has been wonderful. We have published my books, artists’ books. We have also published a set of interviews by Marcel Duchamp with Calvin Tomkins, which is a first-time publication; we have published poems by Yvonne Rainer, a legendary choreographer and film-maker; ebooks by Ian Cheng and BFFA3AE; a collection of poems by Claudia La Rocco, who is a theatre and dance critic for the New York Times. We have been a publishing platform for artists, critics and curators. The books in this exhibition belong to the latest series we have been publishing. It just so happens that they are erotic fiction; there is no particular message attached to their content. They are books by emerging writers writing on erotica.

NK: Do you have an editorial board?

PC: Sure, it’s us – myself, co-director Ian Cheng, associate director Micaela Durand and Matthew So, who I call our chief financial officer. We also work with a number of editors and proofreaders. I would like to think we are a self-respecting press, but we do not know enough about publishing to be able to say that with certainty.

NK: You make it up as you go along?

NK: Are you on Amazon?

PC: Yes, we are on Amazon. You can find our paper books there. You can download our ebooks on Kindle or Apple iBooks. Our paper books are distributed by DAP/Distributed Art Publishers here in the US and Koenig Books in Europe.

NK: You are known not only as a visual artist who exhibits in galleries and museums, but also as someone who is actively involved in various political movements, such as Occupy, for instance, or the anti-war campaign Voices in the Wilderness. At the same time, you seem to draw a line between politics and art, saying that politics is about concentration of power and art is about its dispersal – or something of the sort. Could you elaborate on your stance toward the relationship between art and politics?

PC: The first thing I should say is that my political work is mostly in the past. I was much more involved in politics then than now. I wouldn’t rightly say that I was a member of Occupy, although I supported what they were doing. I was a member of Voices in the Wilderness – this was a group with which I visited Iraq in 2002-3. By the way, I do not think that my political sensibilities are unlike anyone else’s. For example, what do you think about things that have been happening in Russia lately?

PC: Yes, I think that politics is most intense when it is personal.

NK: I watched your presentation on Chris Marker at the 2013 Wasserman Forum. It was very moving. He seems to be one of the artists who influenced you most. Are there any other artists or film-makers whose work influenced you, or whom you admire?

PC: Do you know Marker? Did you see The Last Bolshevik? You should! Who else influenced me ... Right now, I am thinking a lot about Maurice Girodias, who was the founder of Olympia Press. I am also thinking about the authors whom I publish –Rainer, for example. Her career and continuing work are just remarkable. I also think about Tomkins, who is 86 and still writing and thinking about art. He introduced us to Duchamp in a way that has changed our understanding of art for ever. I also think about young artists whom I meet through Badlands Unlimited. They give energy and spirit to the otherwise completely moribund contemporary art scene in New York. I am very grateful for this energy.

NK: Thank you for the interview, Paul.

PC: You are welcome. But really, check out The Last Bolshevik. It is really great. 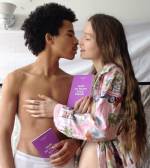 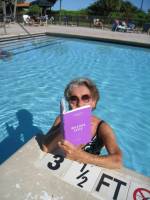 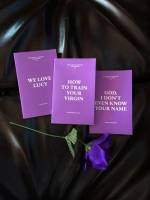 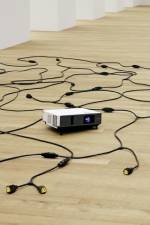