Ever since the Treaty of Nangking opened Shanghai to foreign trade in 1842, the city has become a trading centre not to be ignored. The setting up of the International Settlement in 1863 and free-trading concessions opened the way for this previously minor, estuarine community to expand and exploit its special position commanding intercontinental Pacific trade and internal export potential.

For some ten years Shanghai has been opening up its barriers again. Recently, there have been dramatic new signs that this great city is once again fully current in global culture, and is also returning to major centrality as a financial centre. Beijing is always both patronising and jealous about the potential of Shanghai, with its cosmopolitan, expansive identity (however suppressed) while Hong Kong has long held sway with its special status. The recent collaboration and exchange between the Hong Kong Shanghai Bank and the city’s own Shanghai Bank augurs well for the further liberalisation of Shanghai’s financial institutions.

One major development has been the remarkable plan – now approved by the city’s planning bureau – for the development of a great ‘bioport’ covering some 165 square kilometres of silt on Chongming Island, at the opening of the Yangtse River. Chongming has long been held to be the ecological ‘garden’ of heavily industrial Shanghai. Mindful of the populace’s will to see this great ‘lung’ preserved, a challenge existed for the Shanghai authorities as to how to populate this extensive maw of wetlands without destroying the delicate ecosystem which prevailed, unspoiled, for centuries. The interesting thing is that two western design groups, that of the British-based Studio BAAD (from Yorkshire) and the venerable Philip Johnson’s New York-based Philip Johnson/Alan Ritchie Architects, together with Toronto-based environmental consultant Jeff Stinson, have secured the project, against French competition.

The challenge effectively includes a new town for 80,000 people, disposed around a combination of marina, with hotel development and a university campus. The ecological innovation is the creation of a massive, floating metallic carapace as island, together with a wing-like satellite communications dirigible. Studio BAAD was impressed with the existent accumulation of ecological data already established by Shanghai's academic researchers working together with the Planning Bureau. Chongming Island is already recognised as the world’s largest alluvial island, accruing some 500 hectares of silt from the Yangtze River each year. This dynamic process of alluvial growth has run for some 1500 years unchecked. As time goes on, the zones of saltmarsh, wetland, grass areas, and well-oriented woodlands planned by the architects will consolidate an already burgeoning ecology against the forces of urban settlement. Presented in July, the project officially takes off this coming year.

Shanghai's cosmopolitan status was greatly aided by the establishment of various international trading concessions in the middle of the 19th century. At first, these were to the British and the Americans, and then, following the International Settlement, to the French. The concessions granted these western trading communities both autonomy and extra-territorial rights.

The city, now with a population of over nine million, still boasts the famous Bund waterfront, a thriving and expanding financial hub of global reach. This year the march was stolen from other western countries by Austria, in a surprising and bold initiative developed between Vienna and Shanghai. Neither the United States, nor Britain or France, were able to seize the initiative to mount such a major visual arts exhibition: Austria saw the opening and moved expertly to secure the potential goodwill offered by such a venture, enthusiastically welcomed here by Sun Jiazheng, Minister of Culture of the People’s Republic of China. Vienna had moved with centuries-old diplomatic skill, in this cultural initiative led by the architect Hans Hollein, who has been a Commissioner for the Venice Art Biennale for many years as well as having been the Director of the l996 Venice Architectural Biennale. The Exhibition of Art, Architecture and Design ran here in Shanghai at the city’s Shanghai Art Museum through November. It attracted major national and international attendance, amply fulfilling the hopes of the Austrian State Secretary for Arts and Media, Franz Morak. Li Xiangyang, the Executive Director of the Shanghai Art Museum, saw his confidence in this unique Austrian cultural world – both international and yet intensely regional in a European context – absolutely fulfilled.

Considering that the population of Shanghai easily exceeds that of the entire Federal Republic of Austria, the Chinese appraisal of what Austria could offer was remarkably intelligent. Likewise, the idea of including all the visual arts, with architecture and urban design, came as highly prescient. Vienna in particular has gone through a series of plans for development along the great river Danube, and the fruits of this experimentation, including that for Donau-City, were highly informative for Shanghai commentators and for the public here, now seemingly attuned to the fast-changing dynamic of Shanghai's new growth.

Perhaps in Shanghai’s view, Austria is really just one big, sophisticated city. Somehow, that is the way its advanced, contemporary culture permeates Europe and America. Recent exhibitions in Austria have revealed the extent to which their ideas and culture spread across the Atlantic in the 20th century, achieving a disproportionately high influence in architecture, as with philosophy. Such a record is particularly interesting to us in Shanghai, where we must establish – not across an ocean, but within our own great country – our own harmonisation of Chinese history, within a reconciliation for the future following turbulent social and economic change. If the Austrian ‘world view’ can be construed as being a somewhat ironic expression in terms of contemporary art and architecture (based upon its own imperial past successes of the former Austro-Hungarian Empire – and its cataclysmic finale) the Shanghai equivalent is not so different. Perhaps what is not the same, however, is the mood of optimism emerging from Shanghai, founded again on economic strength. This allows us to embrace the contemporary culture impacting from non-Asian countries. In this connection, the remarkable progress in Austrian contemporary visual art and architecture that we are aware of actually encapsulates for us the pleasures and pitfalls of these fields in the early 21st century. From Austria we have gained much, and it is hoped that for Austria and for Europe the cultural adventure this November will also yield dividends and further exchanges.

The scope of the exhibition

Hans Hollein, as curator, defined the scope of the exhibition in this way: he placed a great emphasis on the contemporary extension of the ancient phenomenon of ‘crossover’, so much an accepted feature of western classical tradition, yet one also familiar within the unity of ancient Chinese art and architecture and its extension through calligraphy. In the work of such advocates of the process as Hundertwasser, Hollein notes this essentially long practised Austrian characteristic. There is a particularly fluid exemplification of such transitions which occur between painting, sculpture and architecture, but also now in computer art and installations, not so unlike the correspondence between calligraphy and say painting, and architectural or tectonic meaning within the written sign. This community of interest and intention was always visible between Hollein, himself a superb graphic artist, working in architecture, industrial design and also as an installation artist, and his contemporary, Walter Pichler.

This survey of the exhibition, which occurred at the Shanghai Art Festival, cannot do justice in the space available to the two dozen or so artists and twenty or so architectural groups exhibited. But it is possible, using selected examples of the work, to convey the overall excellence of the venture, quite apart from the problems of transferring such a wide range of work from Austria to the Chinese context.

As regards the architectural part of the exhibition, the focus upon high-rise building as a theme, comprising both sculptural and, one might say, totemic characteristics and intent, achieved a telling relevance in the light of the New York World Trade Center attacks of September 11. Rather than seeming obsolete, the Vienna tendency offers a robust range of structurally dramatic alternatives that contrast vividly with the banality of proposals in Berlin or London. Such diversity suggests that high-rise urban cores will continue to be a feature, and will be further pursued in cities like Shanghai. The urban design presentations covering areas in Vienna such as Wien Mitte, G-Town (Gasometer City) and Donau-City also involve presentations by students.

The Millennium Tower built by Walter Peichl (Peichl Podrecca Weber) in 1999, consists of an elegant composition of twin cylinders some 206 metres high. It helps to pinpoint the new area of development, a landmark for the future. Hollein's own Media Tower is located along the Danube canal opposite the historic city centre. He manipulates urban scale with dexterity, combining three basic levels together from different periods without conflict of scale or proportion. In Donau-City again, Heinz Neumann achieves formal elegance with an elliptical layout. Another elliptical solution to the tower is that of Wilhelm Holzbauer, whose Andromeda Tower seems to encapsulate the essence of what a tower can mean. Two schemes by Coop Himmel (b)lau present varied consummation of such metaphorical leanings: with the SEG Apartment Tower an idea stands where two houses are superimposed so creating an interesting, multi-use space at the actual intersection of the two. In a second presentation, they tackle the mass of the G-Town Gasometer B by offering three new volumes: one acts as a shield to the existing tower, the second provides a kind of ‘apple core’ cylinder inside the Gasometer, and the third spatial intervention comes as a multi-functional events hall at the base of the enclosure. The old fabric of the gasometer is retained, and acts to unify these separate elements in a highly sculptural assemblage. Projects by Zaha Hadid, Gunther Domenig and Rudiger Lainer introduce widely varied architectures; that by Raimund Abraham shows how, in realising every Austrian's long-felt dream to build in America, his design for the Austrian Cultural Institute in New York ‘soars’ above East 52nd Street, completed in 2001 and inspiring as a revocation of the spirit of New York. But perhaps the ultimate architectural footnote to the exhibition is the superb model of the award winning project (l998) by Hans Hollein and Heinz Neumann for the National Grand Theatre of China.

Returning to the theme of crossover in the visual arts, the work exhibited by Friedensreich Hundertwasser (1928–2000) ‘The City’ (1953) summarises the myriad opportunities and constraints of the urban context, whether of Shanghai or Vienna. It is also a touching requiem to such an artist of ecological concerns (he died on an ocean liner close to Australia in February 2000). The installation by Brigitte Kowanz, ‘Morse Code’ (1997), made up of acrylic glass tubes and fluorescent lighting, inadvertently makes us think of Hundertwasser’s passing, and the signals transmitting news to Vienna of this sad occurrence. The works of Arnulf Rainer, Hermann Nitsch, and Eva Schlegel all show that mixed media with oil achieve new levels of attainment. Perhaps ‘The Lady from Shanghai’ by Hubert Scheibl makes the city more cryptic by a skilful use of monochromatic paint. The work of the master graphic artist Walter Pichler (b. 1936) is inseparable from such a comprehensive display of Austrian talent, and there has remained, even since the l967 Visionary Architecture exhibition in New York, a definitive ‘crossover’ essence that cannot but link Pichler with his old colleague Hollein.

A more than typical achievement

The achievement represented by this superb exhibition may seem typical from a central European or Viennese standpoint, but for Shanghai City, today reaching for the heights of dynamic urban growth and incremental culture that will – in time – far exceed the pace and flair of even Vienna, this injection of succinct Austrian talent is just such a catalyst as Shanghai has urgently been in need of. We can, from Shanghai, now absorb the meaning of a transitional global culture more selectively, from here, perhaps through the same sceptical but exacting set of criteria that the Viennese have always applied towards the overweening contemporary razzmatazz, and so succeed, hopefully, in the pursuit of excellence as a 21st century cosmopolitan centre. 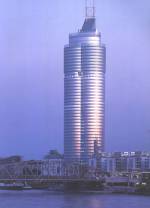 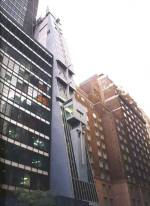