Leah Raintree – Another Land: After Noguchi

Leah Raintree – Another Land: After Noguchi

This modest exhibition consists of 10 photographs by Raintree of the work of Isamu Noguchi. Manipulating light and shadow, she transmutes his predominantly stone sculptures into otherworldly pitted lunar landscapes, Martian horizons and comets nestled within dustclouds 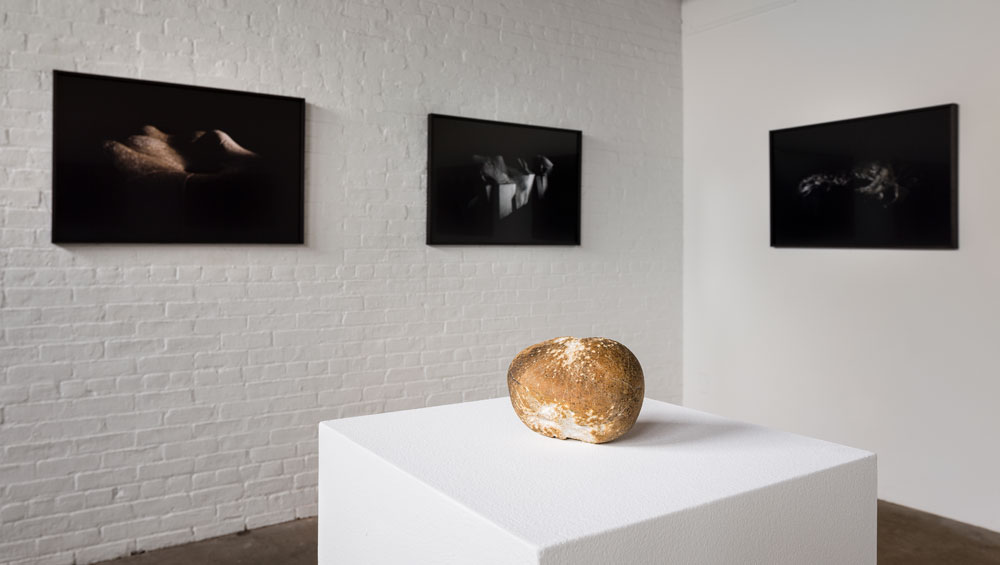 In late 2014, the European Space Agency’s Rosetta space probe began orbiting a distant comet, beaming back images to Earth of a mysterious monochrome rock called 67P/Churyumov-Gerasimenko hanging in black space. Leah Raintree was one of the many people back on Earth keenly observing the images. The following summer, in a project for Socrates Sculpture Park, which neighbours the Noguchi Museum, Raintree created a rock sculpture, inspired by Noguchi’s work, and photographed it as a far-away asteroid.

Another Land: After Noguchi is the result of this continued investigation into astrophotography. This modest exhibition consists of 10 photographs nestled within a room of the Noguchi Museum in Long Island City, New York, which seek to present Noguchi’s (predominantly stone) sculpture in a literal new light. Adeptly manipulating light and shadow, Raintree transmutes these sculptures from terrestrial to cosmic scales. Visiting this exhibition is to be taken on a solar system tour: one sees pitted lunar landscapes, Martian horizons and comets nestled within dustclouds.

Isamu Noguchi (1904-1988) was an American sculptor and landscape architect, but is perhaps best known to the public for his interior design classics such as his Akari light sculptures and the Noguchi table. Over his prolific career, Noguchi’s output ranged from large-scale murals and theatre set design to corporate sculpture gardens, such as his well-known Sunken Garden at Chase Manhattan Plaza. However, it is stone sculpture that Noguchi most frequently returned to as a medium, particularly in the later stages of his career.

Founded by the artist, the Noguchi Museum holds a vast range of his work in interior galleries and a sculpture garden. As a sculptor, Noguchi often has a light touch, preserving the messy exposed surfaces of the rock, alternating them with the smooth shears of the quarry saw. On to these tactile surfaces he makes marks: light scratches, elevated plateaus and mottled pockmarks. Noguchi’s later sculptures, such as Brilliance, The Stone Within and To Intrude on Nature’s Way, large-scale works that greet visitors on entering the museum, gesture toward his reverence for stone in its natural state, exposing rather than concealing the artist’s handling of his raw material.

Having walked through this formidable collection one comes, finally, to Raintree’s collection of photographs. The exhibition’s namesake is Another Land, one of Noguchi’s “landscape tables”, microcosmic models of alternative lands. With its broken surface of alternating smooth and speckled planes, we can see more clearly where Raintree is coming from: given a different visual context, it is not hard to imagine this object as some fragment of shattered alien regolith.

Raintree is striking at a fertile seam here: Noguchi’s titles, such as Miss Expanding Universe or The Big Bang (Tao-Tieh), make clear Noguchi’s abiding interest in the extraterrestrial, the ecology of planet Earth, and the aesthetics of rock forms stripped of human intervention. As Noguchi stated in 1926: “It is my desire to view nature through nature’s eyes, and to ignore man as an object for special veneration.” A casual glance through the Noguchi Museum’s sizeable collection bears this out: works such as Origin and Vertical View, with their contrasting planes of smooth granite and slopes and troughs of pockmarked rock are, above all, concerned with the materials and process of sculpture, rather than any anthropocentric meaning.

Raintree first began working with stone in 2010; in an interview with the museum’s associate curator, Matt Kirsch, for the exhibition catalogue, she describes finding a rock in the Sierra Nevada and returning it to her studio in New York. She threw the rock against the wall, documenting and photographing the combined actions of her body, the wall, and the stone in motion between them. She went on to produce 8,807 (2010), a series of photographs documenting her striking a granite rock with a hammer 8,807 times until the tool broke.

Raintree’s interest in sculpture and the geological, in part derives from rock’s resistance to artistic intervention, and its ability to absorb and record the resultant marks of those interventions. Throughout her career, Raintree has worked across sculpture, drawing and photography to capture interactions between human and geological scales, the dialogue between human mark-making and the land’s capacity to both record and belittle those marks in the face of geological times and scales.

With Another Land: After Noguchi, Raintree’s implement is no longer a hammer, but a camera and skilful use of light and shadow. Through her interventions, sculptures that previously existed on human scales are transformed into the cosmic. Dish (2016) presents a lunar landscape, corners in sharp shadow evoking the silhouette of a probe. In Miharu (2016), we see an asteroid seemingly having just suffered an impact, a yawning crater spewing luminous dust.

Sun at Noon (2016) is one of the most striking photographs in the collection: Raintree has photographed the rim of the eponymous sculpture, a large pink marble ring, such that it resembles a planet just rotating into sunlight. The photograph echoes the visual language of science-fiction films, and one marvels at how easily Raintree’s work inhabits this duality of celestial and earthbound, the seam in the ring sculpture’s segments visible but somehow adding rather than subtracting from the overall effect.

Since 2013, the museum has been exhibiting “exploratory projects” in this space, with work spanning drawing, dance, music, design, sculpture and performance from a variety of artists in response to Noguchi’s oeuvre. Raintree’s photography is a fascinating take on Noguchi’s work, a logical progression from some of the ideas that mattered most to him, transposing his sculpture to new environments and moving further and further away from what he called the “false horizon of the museum pedestal”. 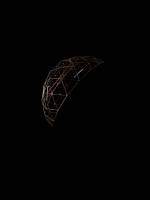 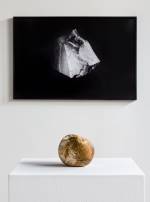