Julián Zugazagoitia: ‘Museums should generate interest and open a door that leads to further learning’

Julián Zugazagoitia: ‘Museums should generate interest and open a door that leads to further learning’

Since 2010, when Zugazagoitia joined the Nelson-Atkins Museum of Art, visitor numbers have soared. Now, having received a gift that has almost doubled the size of the museum’s former collection of impressionist and post-impressionist paintings, and a major renovation, he is keen to entice yet more people to view its treasures 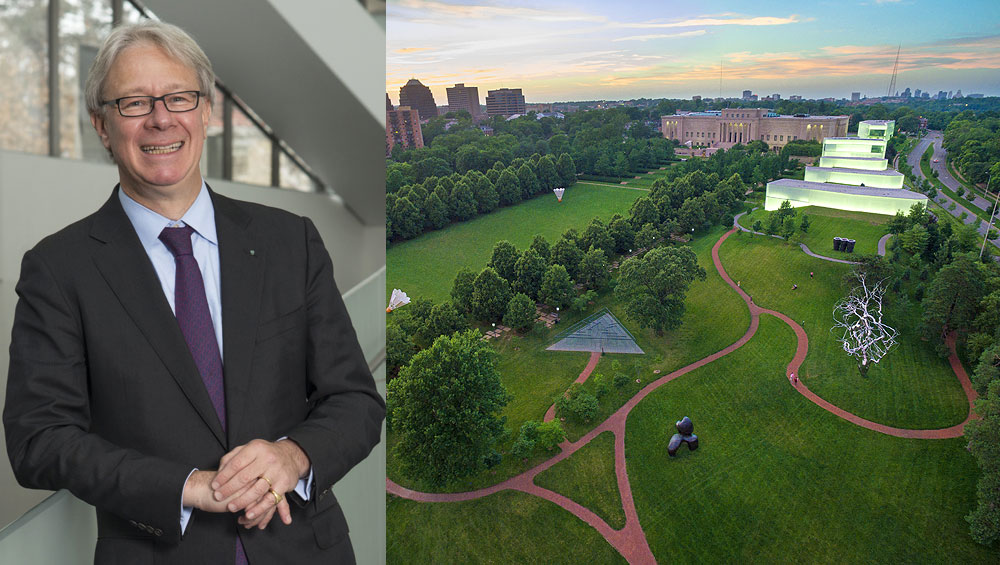 The Nelson-Atkins Museum of Art in Kansas City, headed by Julián Zugazagoitia, is one of a number of encyclopaedic museums across the United States that, even if they are not as well known to the general public as they should be, are greatly admired by scholars and other cognoscenti for their specific collections. These regional museums, while not on the usual art circuit, have treasures that are equal to those of the country’s great art institutions and must be seen. In the case of the Nelson-Atkins, it is its distinguished Asian collection that commands the greatest esteem, although it has strong examples of Native American artworks and masterpieces from across the chronological and geographical spectrum. The museum, which opened to the public in 1933, was given a dramatic makeover in 2007 by the American architect Steven Holl. The Bloch Building, named after its principal benefactors, Henry and Marion Bloch, is distinguished by its long, luminous facade, a thing of unparalleled beauty. 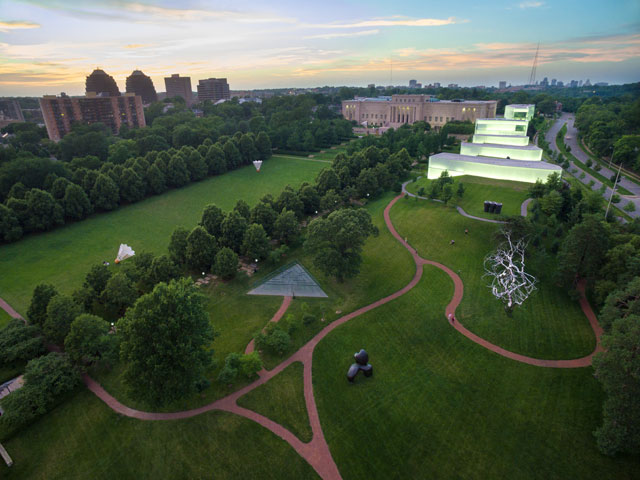 Recently, the Nelson-Atkins received another substantial gift from the Marion and Henry Bloch Family Foundation that included the couple’s personal trove of impressionist and post-impressionist paintings, almost doubling the size of the museum’s current works from the period. It also provided the means to upgrade the galleries in the original Beaux-Arts building where the paintings have now been installed. While the museum’s footprint remains much the same – although the expanded galleries will add more than 220 linear feet of wall space – the real change is the technical boost given to the galleries, which includes state-of-the-art LED lighting. It can spotlight specific works in a room and change the illumination from warm to cool in gradations, among other feats of lighting wizardry. There are also apps that track the viewer and can call up the piece being regarded to give more information. The re-hang has subtly integrated the new work and the old to deepen the story. 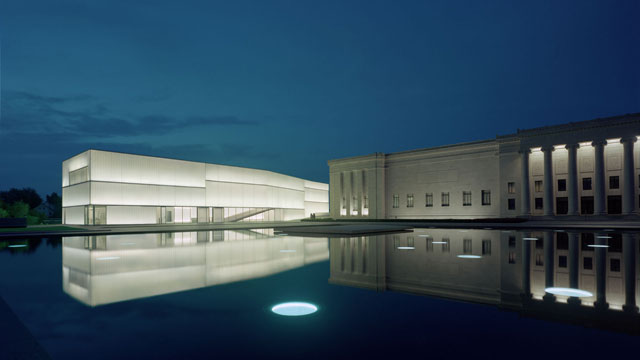 Julián Zugazagoitia, the museum’s personable, peripatetic, Mexico City-born, Sorbonne-educated director and CEO, came to Kansas City in 2010 after a successful stint at the helm of the Museo del Barrio in New York City, where he oversaw a full renovation of its facilities and made it a destination for Latin American art. The premise that propelled his tenure there – to “serve the community” and to “be accessible” to all of its members – is also one that drives his leadership of the Nelson-Atkins.

The following is an edited and excerpted conversation between Zugazagoitia and Lilly Wei in Kansas City.

Lilly Wei: How does this recent gift from the Bloch foundation, which includes funding for a renovation of some of the older galleries, affect the museum?

Julián Zugazagoitia: This is an opportunity to complement the chronological narration of our galleries. With the ability to have more art on display, as well as more art to display, thanks to Henry’s generous gift of his impressionist works, there will be a deeper understanding of the period. He has, as you mentioned, also supported the renovation of the galleries, mostly to update them technologically, adding more layers of narrative possibilities as it relates the transition from rural life to urban centres as the 19th century gave way to the 20th century in France. When you think of the 21st century and its unprecedented technological advances, this narrative also gives us a way to understand the present, since both were times of rupture. While our Chinese collection has always been admired, as has our photography, Native American and European holdings – our Caravaggio is very well-known – this addition positions our impressionist collection at another level. It gives it a new energy that can be felt all the way into our modern works. 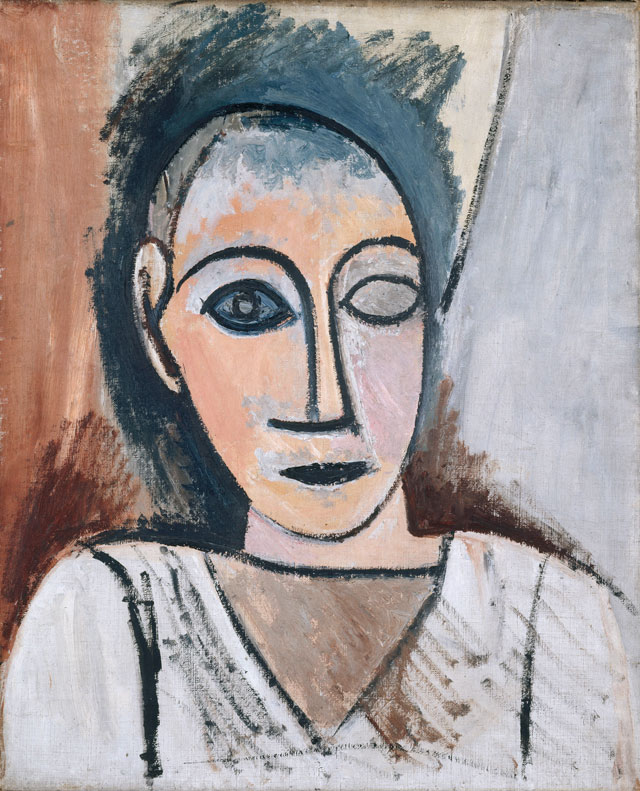 LW: How did the Steven Holl galleries in the Bloch Building, now celebrating its 10th anniversary, affect the museum?

JZ: It allowed us to move our photography, African and modern collections and our temporary exhibitions there, which made room for our classic collections in the 1933 building. The Holl addition, which is so full of light, also allows us to display contemporary art better. Collecting contemporary art is something this institution came late to, but is now embracing. This was due to a stipulation that dates from the founding of the museum by William Rockhill Nelson. He wanted to collect only artists who had been dead for at least 30 years and we honour that when using the funding he established. However, we also recently created a society of friends and, with those funds, we acquire contemporary art. 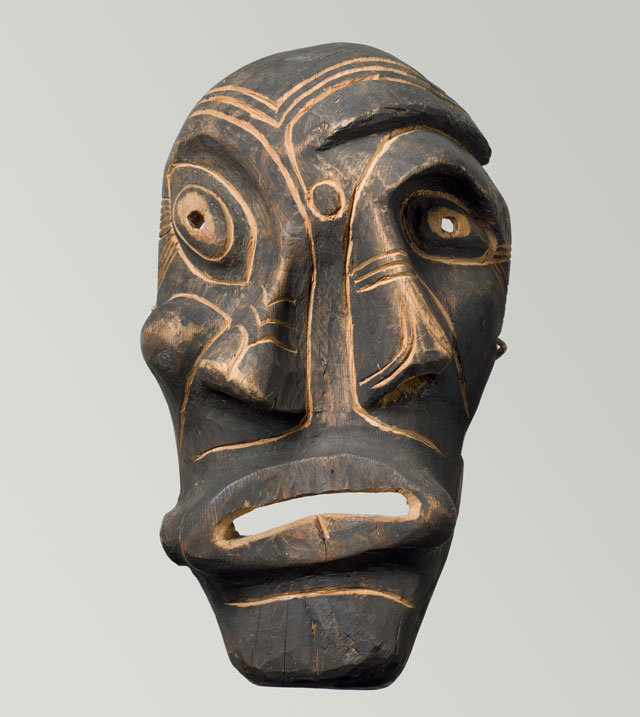 LW: What is your vision for this museum? I believe you have been here seven years now.

JZ: The vision is to maintain the excellence for which the museum is known while bringing more narratives to the collection from many more points of view, thanks to new technology and the expert skills and knowledge of the museum’s interpretive team. We want to make it accessible to all, which is really important to our mission, now more than ever. We are reaching out to many different members of our community, bringing in more than 200,000 visitors a year through our education department alone – school groups, adult tours, special needs tours. 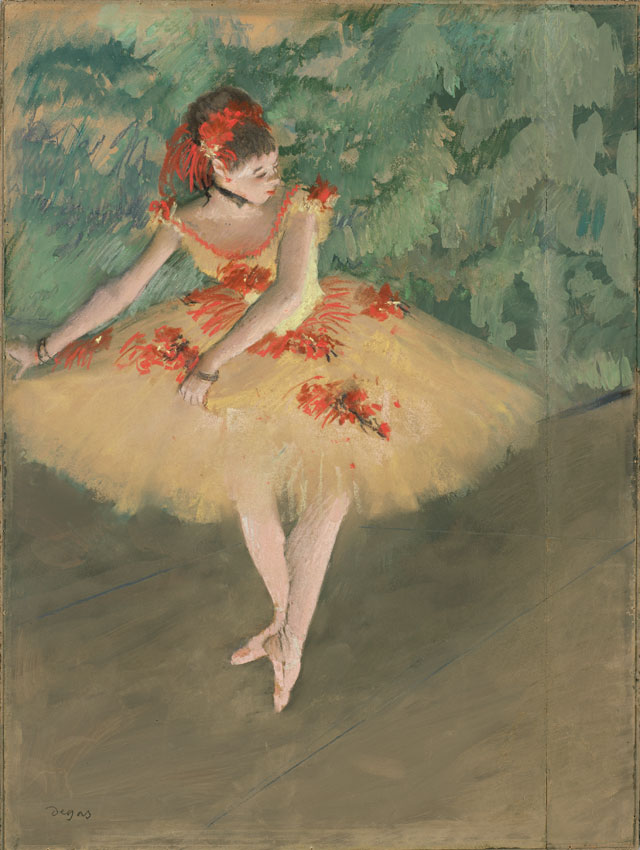 LW: What, then, is the overall annual attendance?

JZ: When I arrived, visitor numbers were hovering around 250,000 a year. Today, it’s above half a million, which is a dramatic increase. That reflects an embrace of our institution and what we are doing. We have had free admission for the past 15 years and our patrons have started to come more often, which, of course, is something we like to see. We hope that these new galleries will also inspire people to come more frequently since we will be rotating the installations, showing things that haven’t been on view for a couple of years. While we want them to see things here, we also want to involve them, to stimulate them to do further research. I think that museums should generate interest and open a door that leads to further learning.

LW: Many encyclopaedic museums in the past several years have focused more on their contemporary sections, as a way to expand outreach and to increase viewership. What do you think of that as a strategy?

JZ: We try to balance our very exciting and beautiful museum and its collections with exhibitions that also address what we don’t have. In doing that, it’s our responsibility to touch on all areas of art. We bring in special exhibitions that will leave something behind for our viewers to think about. We had a big exhibition recently about the art of the American Plains Indians that travelled to Paris and New York, based on our great Native American collection and inhouse expertise. It put our holdings on a par with national and international offerings and it gave our community a greater sense of how valuable our collections are. A different example is the exhibition we did with the Museum of Fine Arts Boston last year, about the golden age of Dutch art, that brought so many masterpieces here and allowed us to give our small selection of Dutch paintings a richer context. 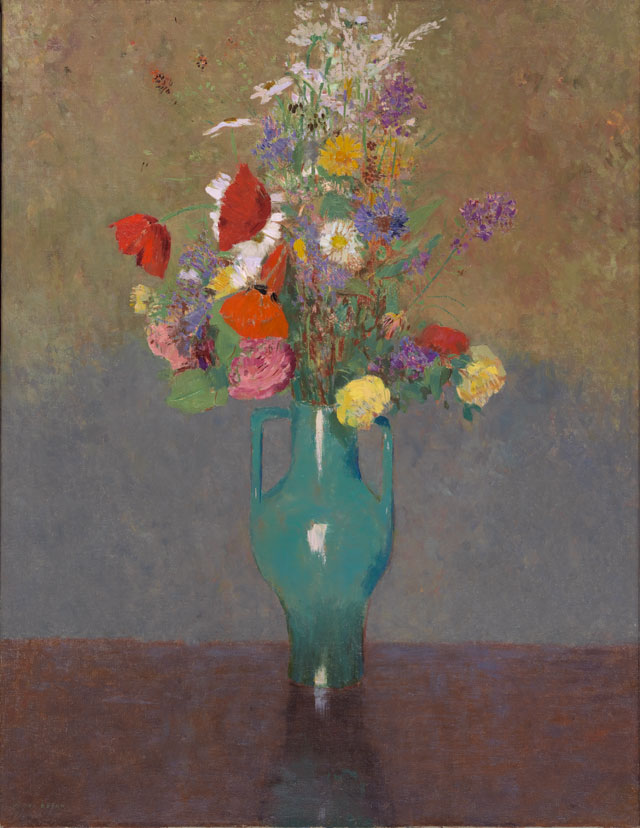 LW: And in the contemporary galleries?

JZ: One of our recent shows there was the Forty Part Motet by Janet Cardiff and George Bures Miller. It was a way for our community to discover something since it had not seen a similar sound installation before, and it is another example of how we balance our programme. We are planning to show a Picasso exhibition that will open in the autumn. It will give a new context to our very strong African art collection, emphasising how Picasso and African art revolutionised modernism. So it’s always fine-tuning and multiple points of view. Some people love classic art and, by showing them something contemporary, it may open their minds to something different. The younger generations are more and more attracted to contemporary art and we want them to discover that contemporary art is part of the greater language of art. This museum has 5,000 years of history to share.

LW: What have been some of the changes here since your arrival?

JZ: As I mentioned before, attendance is up. We have done much more public outreach engaging different generations. We have First Thursdays that have dramatically increased the attendance of millennials. The institution had been a bit aloof and now it is more porous. Diversity and accessibility are very important to us. We now have many collaborations around the city. We are lending more and lending internationally so the presence of our collections is felt around the world. If you have five senses, you can enjoy this. We make sure to engage with the 500 schools in the area across two states. We believe that our biggest responsibility is to serve our immediate community. If we serve them well as young children, they will bring their families and their future families. It will become natural for them to go to museums, libraries, and other cultural institutions. Our philanthropists are doing it for the same reason, to serve our region and our community. Technically, our community is all who use this museum and its resources –art historians, teachers, professors, scholars, students and others – and our visitors come from everywhere, but first, we serve this community. 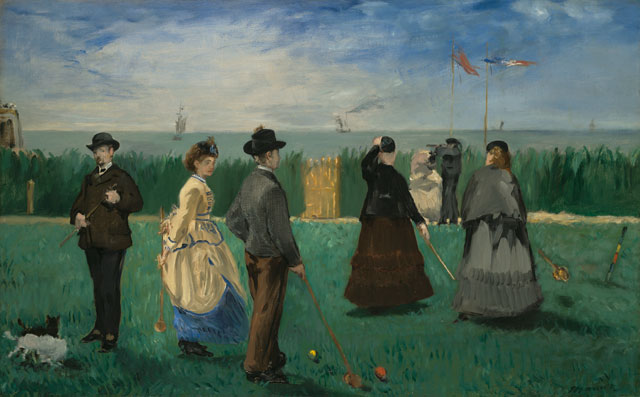 LW: What is the story behind the recent acquisition of the Bloch paintings?

JZ: Ten years ago, they showed their collection here. It was always destined for the Nelson-Atkins. When I first came here, I understood that it would come after Henry Bloch and his wife Marion passed away. Henry loved having the paintings at home. It was part of the universe they had built together; it was part of their love story. But when Marion passed away a few years ago that was broken and he felt that he could do it now; he was ready to share them with Kansas City and the world. He even thinks they look better here than at home because they are in dialogue with other works.

LW: That precipitated this major renovation of these galleries?

JZ: We could have just painted the walls and hung them, but we had this one shot to make a dramatic transformation and Henry loved the idea. The renovation helps us to show how impressionist art was once so radical that it was banned. We want viewers to see the paintings with fresh eyes through installations, labels, signage, and state-of-the-art technology. We want to bring back its edginess. 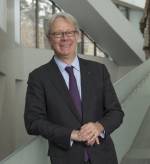 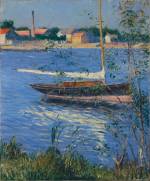 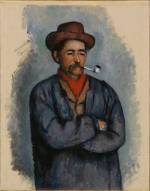 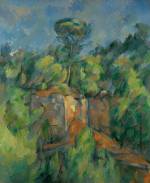 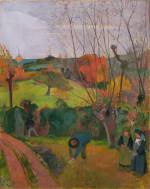 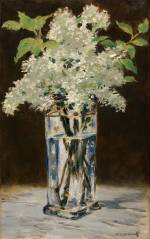 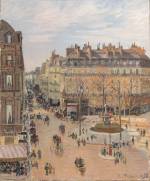 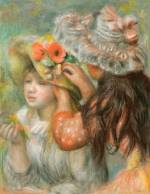 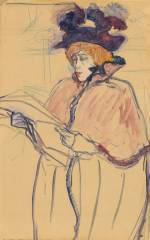 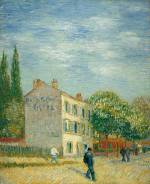 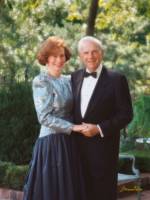