Full of impressionist masterpieces, this exhibition looks at how art dealer Paul Durand-Ruel struggled to convince a sceptical public of the merits of these works and, in doing so, shaped today’s art industry

“They may be madmen,” said the 19th-century art critic Edmond Duranty about the impressionists, “but the little finger of a fool is assuredly worth more than the entire head of a banal man.” Looking at a painting by Pierre-Auguste Renoir (1841-1919) or Claude Monet (1840-1926) now, it is hard to imagine impressionism ever being controversial. When you hear the word, the chances are that sunny colours, dappled light, rosy cheeks and, more often than not, an abundance of flowers, will spring to mind. The artists of this movement are now so popular that their paintings have become the go-to source for chocolate boxes and biscuit tins. But it wasn’t always this way.

There was a time when the French public was quite simply mystified by Monet, and critics were damning about Edgar Degas (1834-1917); a time when Renoir’s pretty girls were described as resembling rotting corpses. The impressionists needed someone to take a chance on them, to champion their work and to help people see their paintings for what they were. Help came in the shape of Paul Durand-Ruel, a politically conservative art dealer, who put his career and reputation on the line for the art he loved. In short, he was not afraid to fly in the face of popular opinion and back an outsider.

Edouard Manet (1832-1883) was not an impressionist, but his paintings scandalised the art world and caused a furore in the press. Perhaps the most infamous was Olympia, a nude painted after Titian’s Venus of Urbino. It was not unusual for artists to use prostitutes as models, but what the French public found so unsettling was that Manet had made no attempt to conceal the fact. For those viewing this painting, it was beyond doubt that the naked woman sitting upright in bed, staring us unflinchingly in the eye, a black cat euphemistically placed at her slippered feet, was a member of that oldest of professions. So what did Durand-Ruel do when he saw the paintings of this notorious artist, who had been so famously rejected from the Paris Salon? He bought up every work he could, including a bulk purchase of 23 canvases from the artist’s studio, for the incredible sum of 35,000 francs. This was a man willing to go above and beyond to support the artists he admired. And, luckily for the impressionists, a chance encounter in London was to change their fortunes for ever.

The Franco-Prussian war of 1870 prompted Durand-Ruel to send the majority of his collection to the safety of London. He followed, and quickly set up an art gallery on New Bond Street. It was in this bustling capital that he was introduced to Monet and Camille Pissarro (1830-1903), an event that would begin his love affair with impressionism. On his return to Paris, he filled his home on the Rue de Rome with works by these hitherto neglected artists and it is a selection of these paintings that open the exhibition. Portraits by Renoir of Durand-Ruel and his five children benignly survey the first room, where an effort has been made to give a sense of the dealer’s personal love of “the new painting”.

In this first room, a french door from the grand salon has been carefully reconstructed, the panels painted by Monet with gladioli, azaleas, lilies and chrysanthemums. It was commissioned by Durant-Ruel in 1883, in part to showcase this grand master’s work to visitors. But he was more than just a PR man to the artists he represented, he was also a good friend, sometimes even settling their bills and advancing them money against future sales. He also started a series of initiatives that were to become common practice for galleries worldwide. Notably, he set up solo shows for artists, a rare occurrence at the time for living painters, going as far as to stage a retrospective of Monet’s work, which afforded visitors the chance to see how the painter’s style had evolved throughout his career. He also published writings attached to exhibitions and raised his artists’ profiles on an international level. It was with these innovations that the modern art market was born.

It was not all plain sailing, though. Durand-Ruel came close to ruin after the first of two banking crashes, and a less than successful exhibition of impressionist work, held in his own gallery in 1876, saw him in dire need of new financial backing. “I was, in short, a bad dealer in paintings,” he once said. “I never liked what I sold, and what I liked, I never managed to sell.” But the dogged marchand d’art didn’t give up and salvation eventually came in 1886, at the hands of the Americans. Durand-Ruel put on a show of almost 300 works in New York. It was a huge commercial success, so much so, that he opened a permanent gallery there. “Without America,” he said, “I would have been lost. The Americans don’t criticise – they buy.” With a little help from the American artist Mary Cassatt (1844-1926), further introductions were made, and Durand-Ruel, who owned the vast majority of impressionist paintings, was now in the perfect position to control the market. German and British buyers were not far behind. The year 1905 saw a triumphant exhibition in London. Although few works sold, it attracted huge crowds and firmly established the story of impressionism, from its forerunners, artists such as Manet and Eugène Boudin (1824-98), to the great names that have become synonymous with the movement.

This exhibition offers a fantastically fresh perspective on the most familiar “-ism” in art history, but a pedant might point out that this is not so much a story about inventing impressionism, as it is a story about promoting it. Also, nowhere in this exhibition is it explained exactly what impressionism is. The curators take for granted that visitors will arrive with an understanding of its key concepts. With this in mind, a few brief extracts from some of the many contemporary writings would serve to highlight the key tenets underlining the movement’s innovations. After all, it was these innovations that so bemused, and in some cases, disgusted French gallery-goers in the 19th century, leading to Durand-Ruel’s decades-long struggle to change hearts and minds. Without him, the fruits of many artists’ labours would simply have rotted on what Duranty called the “old tree of art”. More, then, needs to be made of why these artists seemed so strange and new, why they were, in the aforementioned art critic’s words, “treated like madmen”, and the man who bet his livelihood on their success was considered no less ludicrous. It goes without saying that his gamble paid off and impressionism triumphed. Safe in the knowledge that he had finally succeeded in his task, Durand-Ruel said, presumably with some relief: “My madness has been wisdom.” 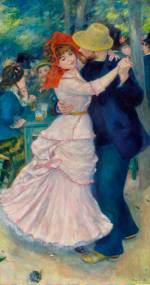 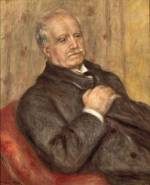