Jordan Casteel: ‘My perspective is one full of empathy and love’

Jordan Casteel: ‘My perspective is one full of empathy and love’

In her second solo exhibition, the American painter offers a new series of portraits that seeks to reinterpret visions of what it means to be a black man in the US today. Here, she talks about her work

Jordan Casteel is a figurative painter whose focus centres on exploring the representation of black men in our current times. Through depictions of both sole figures and group compositions, she illuminates the inner lives of her subjects, as well as the relationships that they have with others.

Born in Denver, Colorado in 1989, Casteel received her MFA in painting and printmaking from Yale University in 2014. Her current exhibition, entitled Brothers, is her second show at Sargent’s Daughters, New York.

Allie Biswas: The eight new paintings in this exhibition were created while you were in residence at the Lower Manhattan Cultural Council’s “Process Space” residency on Governor’s Island. Could you describe the premise of the residency, and how these new works resulted from this experience?

Jordan Casteel: The residency is designed to give artists the opportunity and space to develop a project that is intended to be exhibited in New York. As part of my residency proposal, I offered my desire to continue my investigation of black men. The residency provided me the time and space to explore black men in relationship to one another, as fathers, sons, brothers, cousins, etc.

AB: Your work to date has specifically focused on exploring black masculinity, interpreting what it means to be a black man today in the US. What would you say that your perspective on the black male, as relayed in your painting, is intent on revealing to the viewer?

JC: The intent of the paintings is to expose my vision of black men as a sister, daughter, friend and lover. That perspective is one full of empathy and love. I see their humanity and, in turn, I want the audience to engage with them as fathers, sons, brothers, cousins – as individuals with their own unique stories to share.

AB: You started off by studying sociology at university. Was this a subject that triggered your thinking about representations of identities and cultures? More specifically, was there any particular thing or moment that cemented your interest in the subject matter that you have chosen for your work at this point?

JC: I had been thinking about representations of identities and cultures long before I attended Agnes Scott College [in Decatur, Georgia, where Casteel received her BA in studio art in 2011]. Within my own family, there is a history of community engagement that has directly fuelled my passion for social justice and understanding. However, it was through the study of sociology that I gained the language necessary to support the feelings I had been experiencing for much of my life. My interest as a painter to represent black men also comes from my own personal engagement with my family – it was shortly after Trayvon Martin was killed, and I was on the phone with my twin brother, and I couldn't help but think that Trayvon could have easily been my twin. I felt deeply in that moment that the work I needed to create had to show those men that I love deeply as I see them: as valuable.

AB: You have close relationships with all of your subjects – the figures in your paintings are friends and family. Does this limit your objectivity when depicting them? Do you feel that there is even any need to have distance between painter and subject?

JC: For Brothers, most of the models are connected to me intimately – my twin brother, nephew and close friends. I think this allows for something special in the work. With each subject – whether I have known them for a long time or not – I am invested in creating a representation that feels genuine. I am asking my subjects to be open enough to allow me into their personal space and to have their image created. If there was distance between painter and subject in that moment, I think these would be very different paintings. I have to be vulnerable to expect vulnerability.

AB: Related to this, I am very interested by the role of the interior setting in your painting. Why the importance of setting the figure within the domestic sphere?

JC: Generally speaking, home tends to be where we are our most vulnerable and intimate selves. The domestic space directly correlates with comfort and, as a result, it feels significant to have each of my subjects surrounded by their own personal belongings. Their environment acts as support for the story of that individual which I am trying to tell, and have the viewer engage with.

AB: Whereas your earlier works were concerned with solitary individuals, the works in the current show present groups of figures. Can you explain this development? Is it related to collective and group identities – for example, how one male is and feels in relation to another in his group? Are these works less about the viewer's reflections, in this way, in that the focus turns to relations between the male figures?

JC: The current show features groups of figures as opposed to a singular figure. Yes, this development is directly related to how one male feels in relation to the others in his group, but individual identify is not lost in that. As a painter, the challenge lies in insisting on individual identity in the midst of others. My intent has been to draw into question the relationship between individuals as well as highlight each model’s uniqueness. The viewer’s reflections are going to be inherently present when dealing with the figure. However, for me, it is about challenging assumptions and moving into connection/reflection.

AB: Can you talk a little about your making process? As I understand, you start by photographing your subjects. Is the photograph a vital part of the process?

JC: My process for creating this work has entailed me bringing my camera into the personal spaces of my subjects and photographing them within that space for up to an hour. After each session, I can leave with anywhere between 100 and 200 photos. Those photos then are a direct reference for me as I return to the studio and begin to sketch out what will become the painting. Oftentimes, aspects of various photos will be merged into one to create a painting that I feel best depicts that person/environment, and has the strongest composition.

AB: There is a strong luminosity in your work. Do you strive for your palette to induce this sensation of visibility and clarity?

JC: Visibility and clarity are absolutely senses I would hope viewers to feel while engaging with this work. Colour holds a great sense of importance for me in helping to emphasise emotions, personality, etc. Each palette is uniquely chosen in advance based on the story of the subject and the general feeling I desire to share.

AB: In terms of formal influences, which artists have you looked at, as well as any other sources?

JC: Influence for me comes from many places. Being engaged with current visual culture means seeing the world around me with my eyes wide open. As a child, I grew up with knowledge of Hale Woodruff, Romare Bearden, William H Johnson, Jacob Lawrence and Faith Ringgold. It wasn't until much later in life that people such as Matisse and Alice Neel entered my spectrum of knowledge. Lynette Yiadom-Boakye is another painter whose work I greatly admire for her lovely attention to paint, and sensitivity to black bodies. Lately, I have done a lot of reading. I just finished Between the World and Me by Ta Nehisi-Coates, which was such a beautiful connector for me with this body of work.

AB: Regarding the residency you have recently been awarded at The Studio Museum in Harlem, what are your intentions for the work you will be making in the next year as part of the residency, and what impact, if any, do you feel the institution – particularly the history of its initiatives and the residency programme itself – will have on your work?

JC: Much of my work is about sharing the stories of those around me. While on the residency, I hope to fully engage with the community and create work that directly relates to that experience. Harlem and The Studio Museum in Harlem have a rich history that will be fun to draw on. Considering that I just moved into my studio at the museum a week ago, I am not exactly sure where the work is going to go, but I am excited to jump in head first. Now is the time for me to take walks, engage with those who have been here much longer than I have, and find my place. Soon I will be able to sense what will be right for the work during my time here. 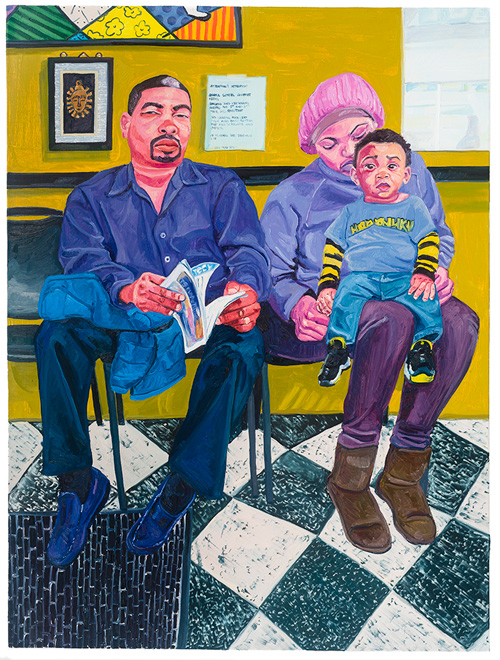 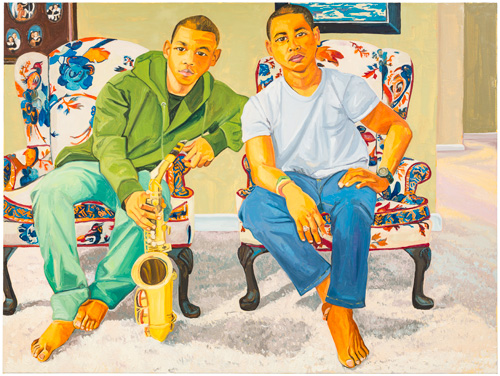 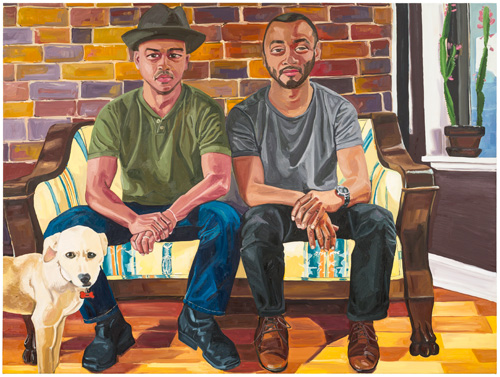 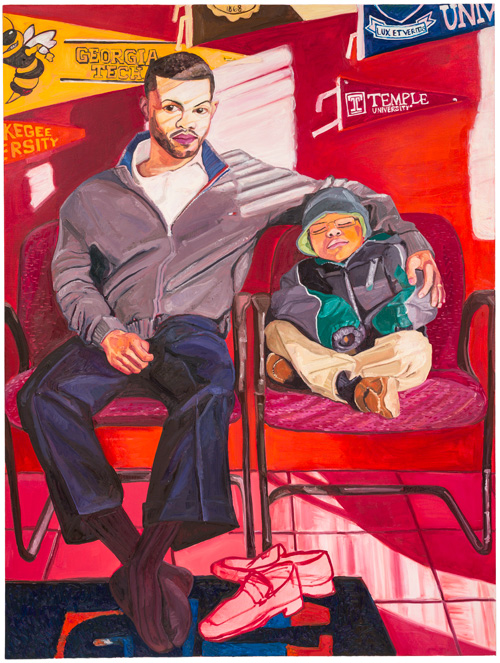 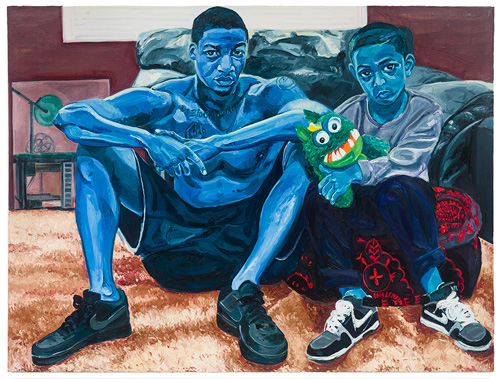 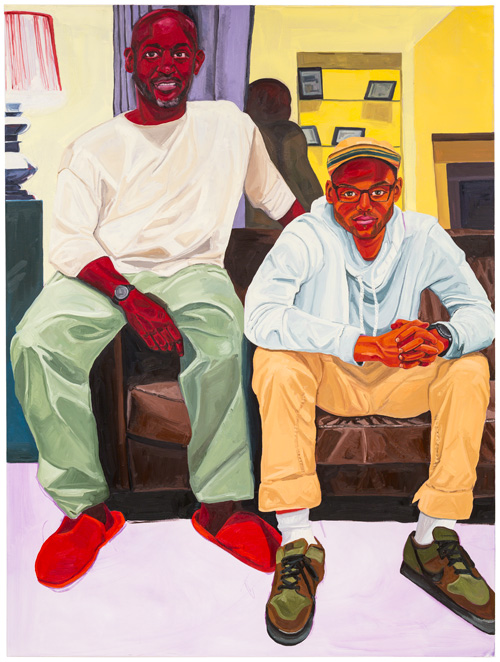 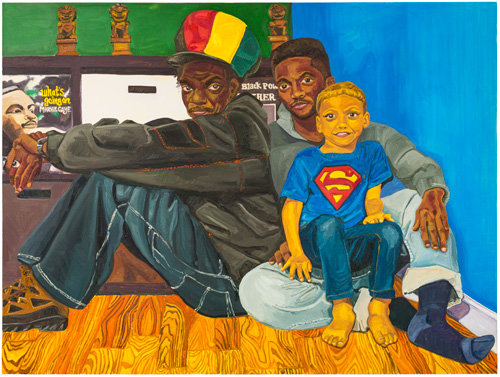