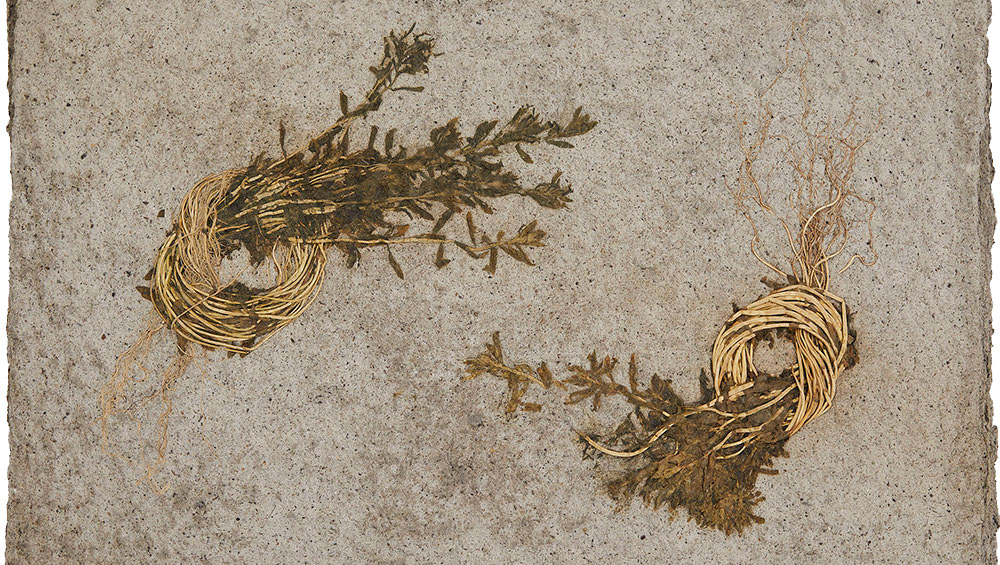 Ikon Gallery, Birmingham
4 March – 31 May 2020
(Due to Covid-19 (coronavirus), Ikon Gallery is closed until further notice.)

If only a magic wand could be waved to solve the world’s ecological problems. John Newling has an abundance of them, bundled up on plinths in his solo exhibition at Birmingham’s Ikon Gallery. Made from sticks collected by the artist on his daily walks near his Nottingham home, the black and white wands are joined by other objects: leaf fossils reminding us of vast geological periods, and feather quills speaking to the comparatively recent emergence of human culture. 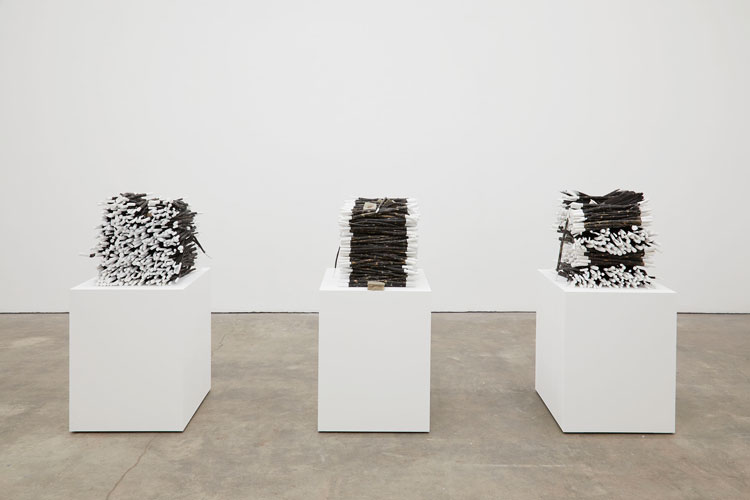 Titled 365 Days and 50 Million Year Old Leaves (2019), the installation suggests that the key to healing our damaged world lies not in magic, but in radically transforming the way we think about the environment and our relationship to it, a theme that has fuelled Newling’s ecological artworks since the late 1970s.

Central to Newling’s work is the question of what it means to be human in the Anthropocene epoch. Popularised by the Dutch chemist Paul Crutzen, the term “anthropocene” describes the present geological era in which human activity is the dominant influence on the planet’s ecosystems and climate. At a time when anxiety over the Earth’s future is rising, Newling proposes that art has the power to “change the parameters of our thinking” in relation to the natural world and the social and economic systems of society. He speaks of being “in co-relationship with nature”, an idea that is evident in his attempt to reduce material consumption as much as possible in the production of his art. Through activities such as making compost, planting seeds, growing plants and collecting leaves, he harnesses natural processes to create timely sculptures, videos, prints and installations that dwell on the wonder and mystery of nature while posing pointed questions about societal values.

This exhibition takes its name from Newling’s epistolary project Dear Nature (2018), for which he spent 81 consecutive days writing letters to nature. The missives (published as a sumptuous hardback by Beam Editions) take the reader on a journey that touches on the history of agriculture, religion and present-day capitalist economics, all the while considering humanity’s relationship to the natural world and the harm that our activities have inflicted on it. Sometimes poetic, occasionally preachy yet rarely pessimistic, Newling’s letters ooze with the hope of a better future. “Acknowledging that we have an impact on your patterns is not new,” he wrote on 23 February 2018. “Our contemporary selves can now see rational evidence for our impact; we are coming full circle in our relationship with you.”

The notion of coming full circle is addressed in Eliot’s Notebooks (2017), for which Newling shredded several hundred copies of TS Eliot’s 1922 poem The Waste Land and turned it into soil. A video reveals the process, showing how the paper scraps were mixed with food waste and then turned in garden compost tumblers for several months. Using traditional paper-making techniques, the resulting humus was transformed into rectangular sheets before being bound into book-like stacks. 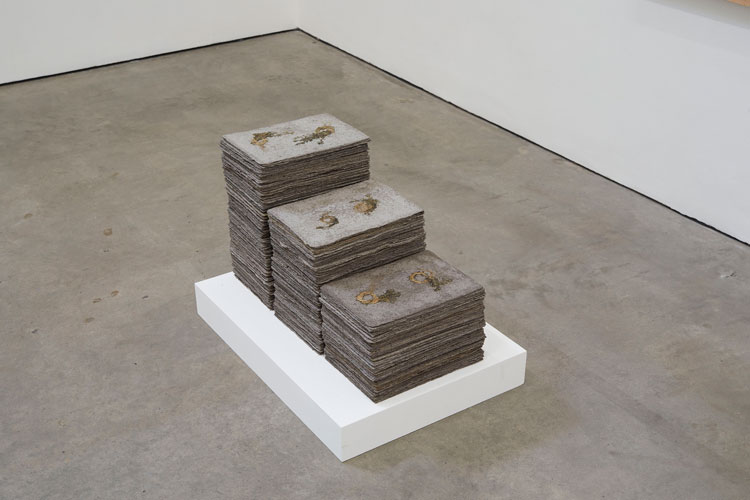 Looking remarkably like handmade paper, each page contains the words of Eliot’s poem and the potential to grow and sustain life (Newling tested the fertility of his soil by successfully germinating cabbage seeds). The Waste Land was a response to the horror of the first world war and the damage it inflicted on society. Death is its central theme, not just the loss of life but the despondency that enveloped Britain’s social fabric. The poem ends optimistically with the Sanskrit words “Shanti, Shanti, Shanti” (Peace, Peace, Peace). Newling’s soil notebooks likewise provide reasons for hope, reminding us that in the natural world new life springs from death and decay. 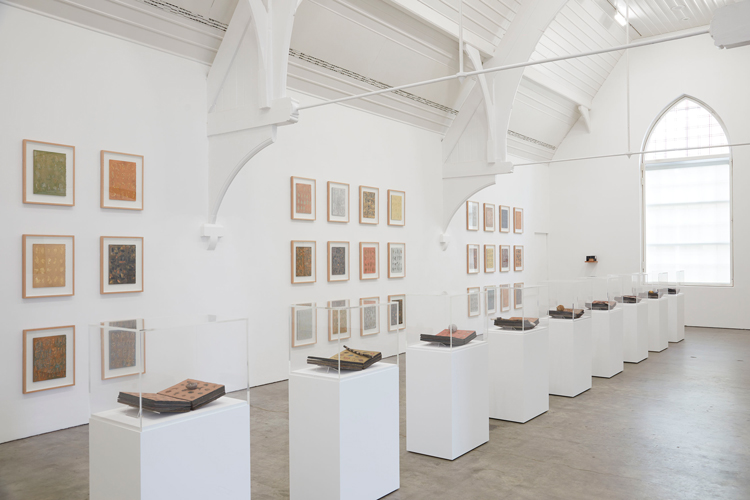 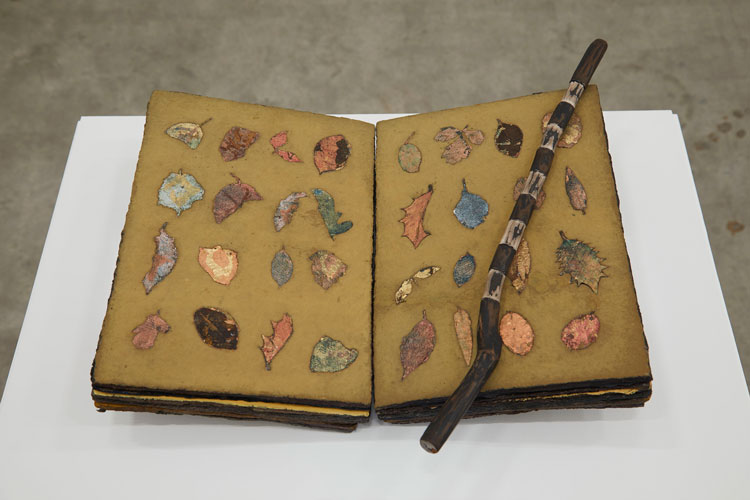 More elaborate examples are seen in the installation Soil Books (2019), comprising nine earthen books opened at pages embellished with pressed and gilded leaves collected from Newling’s garden. Arranged according to the seasons, they underscore his enduring interest in physical transformation. But, by drawing attention to the organic matter that has sustained publishing for hundreds of years, these soil books also make clear the inextricable link between literature and the natural world, specifically trees. Indeed, it is worth noting that the traditional etymology of the English word “book” derives from the early Germanic word for “beech tree”. Furthermore, the Roman use of “liber” for “book”, from which we also derive the word “library”’, is believed to come from the Latin word for tree bark.

Language is another major theme of Newling’s work, exemplified by Nymans Language (2017), an alphabet derived from leaves collected at the former West Sussex retreat of pioneering horticulturalists Leonard and Maud Messel (now a National Trust garden filled with rare and unusual plant collections). Although Newling describes his alphabet as a language, it is in fact a typographic font in which individual letters are replaced with symbols based on leaf shapes. For instance, the letter “m” is represented by an English oak leaf. Among the more exotic examples are szechuan strawberry for “r” and chocolate cosmos for “q”. Several Dear Nature letters have been translated into Nymans language, which viewers are challenged to decipher using a key etched into a grid of marble slabs. 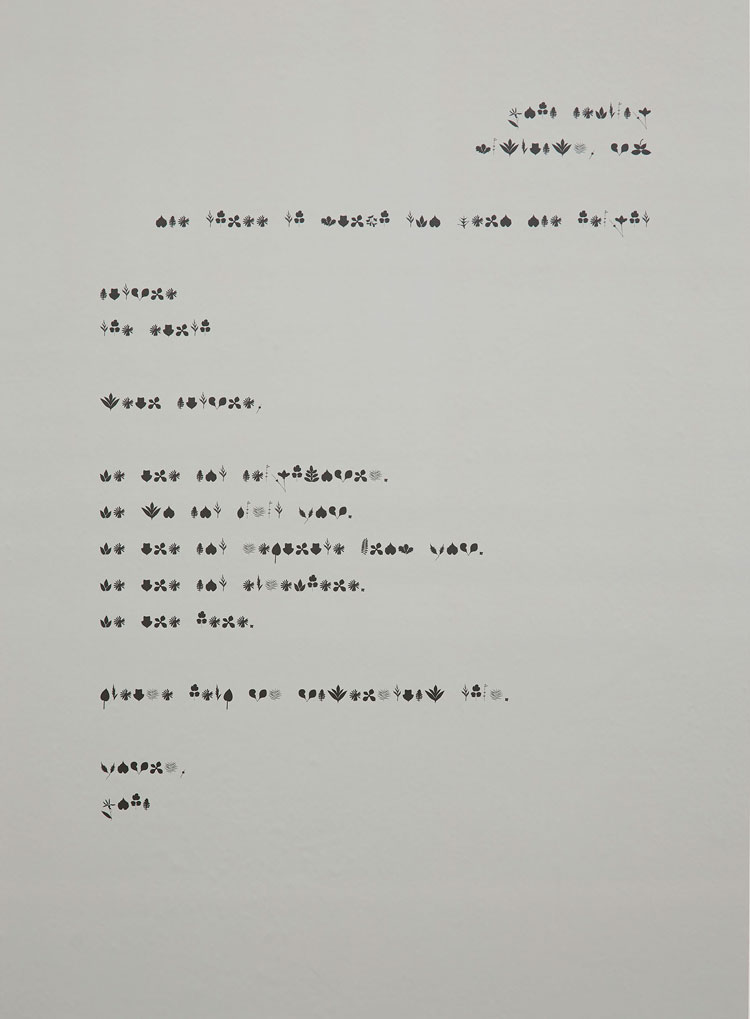 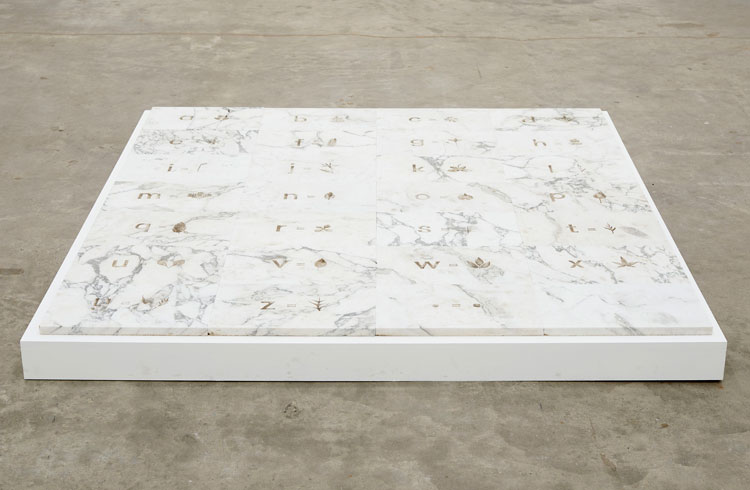 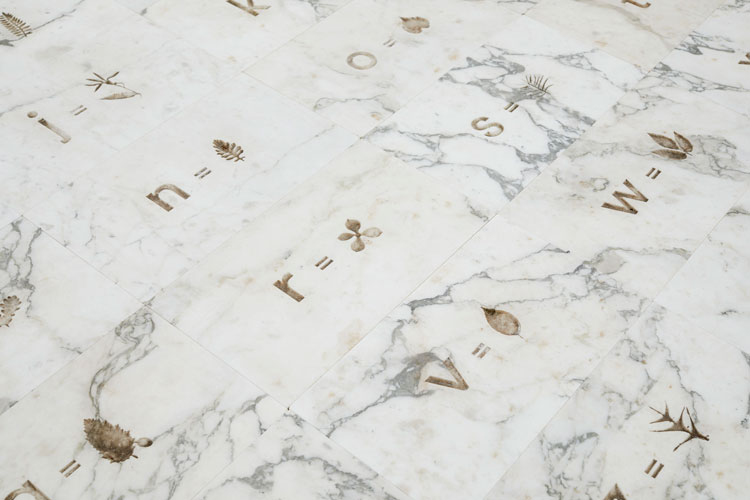 Of course, the notion of nature having its own language is not new. In the biblical book of Psalms, for instance, we read: “The heavens declare the glory of God; the skies proclaim the work of his hands” (Psalm 19:1). The New Testament similarly gives voice to nature: “The whole creation has been groaning as in the pains of childbirth right up to the present time” (Romans 8:22). This verse has particular resonance in light of current ecological concerns, although Newling worries that God’s command to “fill the earth and subdue it” – as delivered to Adam and Eve in the first chapter of Genesis – is the real root of the planet’s problems. One of his letters, addressed to God, reads: “Forgive my bluntness, but do your teachings help us to form a relationship with Nature or are they simply about us?” Although Newling rightly identifies abuses carried out in the name of God, the Judeo-Christian tradition acknowledges the importance of caring for creation, stewarding the Earth’s resources with wisdom and moral accountability – another ancient idea that is slowly being rediscovered.

Newling’s works do not provide answers to our ecological conundrums. Instead, they provoke questions regarding the way we live, inviting us to imagine how behaviours may change in the future. How can we better work in harmony with nature? How can our individual choices now contribute to the creation of a sustainable future for all? These reflect the heart of Newling’s enquiries, which strive to raise awareness of the vulnerability of our planet’s ecosystems and our interdependence with them. Yet his is not an art of despair. Rather, Newling’s work is suffused with optimism. As his letter to nature dated 24 March 2018 reads: “It is the accumulative actions, however small, of people that will change our relationship with you. Small solidarities from us.” 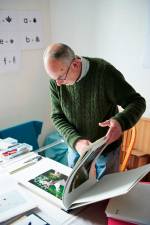 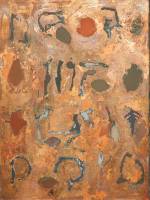