We visited James Capper over the course of four months, first filming him in his London studio where he explained the initial concept for his sculpture Six Step and finally following him to its installation at the Venice Biennale in 2015

‘Drawing is the most important place where a concept begins,’ James Capper says, explaining the start point of his fantastical machines, which require a huge amount of planning and preparation before manufacture. Drawing, he says, allows him to “zone out”, to develop things that he wouldn’t be able to do physically in the studio. 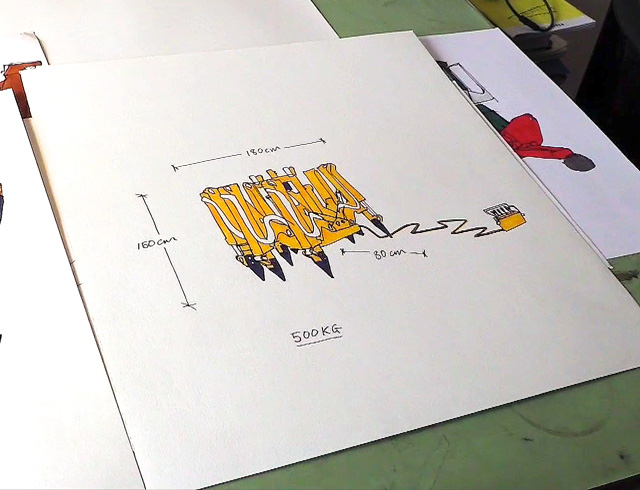 Capper takes us through the painstaking process of dreaming up and then creating his new machine, Six Step. He starts with pen drawings on paper. Drawings, he says, are not aesthetic add-ons, but an old-school draughtsman’s method of coming up with ideas. After arriving at a concept, it is necessary to look at the engineering, which involves him and a draughtsman sitting once a week, number crunching. The drawings are then refined and redrawn before being 3D modelled for precision on computer, with the help of an AutoCAD designer. Finally, the sculpture is fabricated in his studio in Bermondsey, south-east London. These days, he works with laser-cut steel plate, which, he says, “feels more like ship-building. It means you can go off the square.” 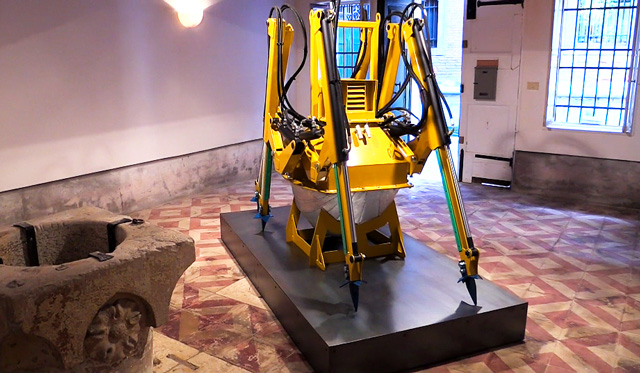 Derived from a protototype called Hydrostep, the amphibious Six Step has a selection of interchangeable tools for mark-making and six telescopic legs and a boat-like belly that allows it to navigate a wide variety of terrain, including the salt-marsh, low-water area around Venice, where Capper finally shows us the sculpture on show at the Venice Biennale. 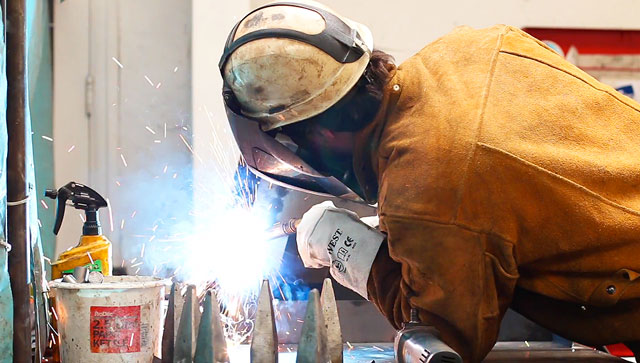 Six Step was commissioned by Alma Zevi, and shown at the Marie-Rose Kahane studio in Venice, 29 April – 2 October 2015.