The Queen's Gallery, Buckingham Palace has opened on 30 March an exhibition of Italian old master paintings and drawings which can only be described as a 'blockbuster'. this is because the collection's wealth rivals that of many national collections worldwide. Over 60 paintings and numerous old master drawings combine to make this the exceptional historical exhibition of 2007.

This is a remarkable phenomenon as an art museum event, and in substance itself must make national curators go green with envy. In the UK, there is a persistent misunderstanding of the reason for the continued existence of this collection. In part, this is expressed as a classic 'whinge' by traditionalist art lovers. It goes like this: 'why is the Royal Family allowed to keep such holdings when they should be consigned to the national galleries?' However, this would create a massive accomodation problem. There is no way, either, that dividing up the collection could be justified, it has to be maintained and located as a whole. The Queen's Gallery is a good solution, and the cost to the exchequer is minimal, it is covered by the Queen herself. Now, as Head of State, she can demonstrate her constitutional strength and continuity as such, enhanced by paintings that visiting Heads of State can only marvel at. And every now and then there is a surprise, as happens in very long-standing collections, when paintings and drawings can suddenly be re-attributed, on the basis of fresh scholarship and of advancing technology in the field of curatorship, allowing the analysis of technique, background, signs of over-painting and pigmentation, of the works concerned. This accounts or the two superb Caravaggios, one from his earliest days and one from his last period, which had long been stored away, like old wines, nobody knowing how they would turn out for posterity.

The Royal Collection owes most to the deposed Stuart dynasty. Earlier, Charles I's collection, prior to his execution, had been dismantled viciously by Cromwell, and sold off for a song. Who could want these Catholic baubles? On the day after his Restoration, his son King Charles II set up a steering group to recover and rebuild the Collection. The Stuart love affair with Italy was also restored, and inspired this determination. But the succeeding House of Hanover also realised their interest too, lay in preserving, conserving and, where possible, expanding its range.

The two paintings by Caravaggio shown here, represent the beginning and end of his brilliant career. The first, an elegant portrait of a boy peeling fruit gives us the symphony of light falling across the simple motion, and says it all (c.1592-1593). The second is one of the artist's last works, 'The Calling of Saints Peter and Andrew' (l602-1606). This is a misleadingly undramatic work, with the fishermen beckoned over by Jesus, to become 'fishers of men': almost as if he were offering them a seat in his taverna, on a bring your own fish prescription. But for all its calmness, uncharacteristic of much of Caravaggio's oeuvre, it is undeniably a masterpiece too.

King Charles I (whose grandmother, Mary Queen of Scots was executed) seems to have had a morbid fascination with severed heads. He cannot have foreseen his own execution. However, two particular examples of this genre are salutary. Domenico Fetti's 'David with the Head of Goliath' (1620) stands by the earlier acquisition, the bewitching image by Cristofano Allori 'Judith with the head of Holofernes' (l613), to demonstrate the atrocity. But this latter, with the beautiful Jewess (modelled on the painter's mistress) holding, like an offering for the cooking pot, the head modelled on the artist himself, is a story of unrequited love.

Another unusual work here is by the female painter Artemisia Gentileschi, her self-portrait 'The Allegory of Painting' (l638-39), displays a veritable flourish of gender. An earlier painting by Agnolo Bronzino, 'Portrait of a Lady in Green' (1528-1532) has become the leitmotif of the exhibition. She looks straight at the unsuspecting viewer, with a deeply perceptive but enigmatic gaze. She stays with us on posters and catalogues, as if to say 'who are you and what are you doing here?' or 'can I help you?'

The range of these works over the Renaissance and Baroque periods testifies to highly enlightened patronage and curatorship, especially over the past 200 years. The collection was rudely dissembled in the Civil War closure, but with surprisingly little damage, and then astutely recovered for the most part and rebuilt in the latter decades of the l7th century, and supplemented and greatly expanded through Charles II's particular love of drawings.

There are, as all great collections should reveal, some idiosyncrasies. One is a curious garden/landscape image by Lodovico Pozzoserrato (1550-1605), dated 1579-84, which shows a green circular maze, a labyrinth overrun by cavorting and banqueting couples of amorous intent. Another idiosyncrasy that a Royal Patron would also perhaps favour, permits the last word to go to the painter Jacopo Bassano,whose 'Journey of Jacob' (1561) seems conventional, even unremarkable, were it not for the undoubtedly titivating rear view of the well-clad posterior of the wife of Jacob. That posterior would surely have caught the appreciative eye of Charles II, if not of his father.

The various Tintorettos, Carraccis, Gentileschis, the works of Lotto, Strozzi, Carracci and Corregio are all superlative. Something also seems to set the collection apart from the norm of national collections today. It is, perhaps, the way that the works have been assembled over a long span of time, with an eye to a style of monarchy, rather than by the careful curatorial cherry-picking of the past two centuries. There is a sense of style and individuality, of enlightened patronage. There is also a freedom of assemblage and an absence of homage to academic fashion or religious prescription. The only discordant note, as has been commented previously, is struck by the couple of severed heads. But it has to be coincidental. 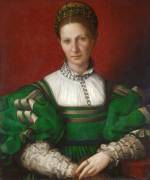 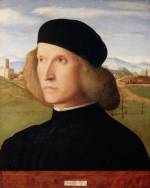 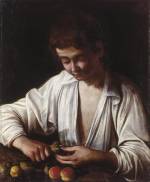 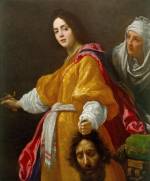 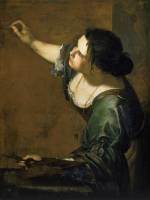 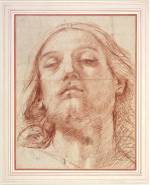