The artist discusses works done over the past year, now at Waddington Custot, London, as well as the three decades of his work on show at Dallas Contemporary

Success came early in the career of painter Ian Davenport (b1966): within three years of graduating from Goldsmiths, he had staged his first London solo show and been nominated for the Turner Prize. But from his early monochrome experimentations to his current vital, multi-hued works, the physicality of his approach, the repetitions of gesture and rhythm – and, more recently, the decision to allow his stripes of poured paint to extend from the bottom of a vertical canvas into a pooled and sensuous horizontal puddle - have transported his works into a fascinating space somewhere between painting and sculpture. 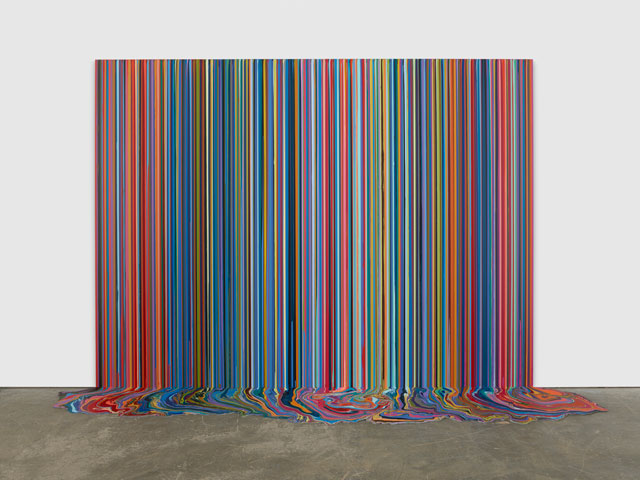 He has cited Andy Warhol and Jackson Pollock as influences – both were supreme colourists, but Warhol resonates for his courage to interrogate the power of repetition; Pollock for that heady combination of control and unleashed physical expression. More recently, Davenport has been taking inspiration from the work of other artists, taking the palette and mood of a specific work as a starting point for his own explorations. In Colourscapes, his current show at Waddington Custot, London, for example, there is a huge, rainbow-hued painting inspired by Pierre Bonnard (Mirrored Place, 2017), and another richly tinted work sparked by a close encounter with Vincent Van Gogh’s The Harvest. 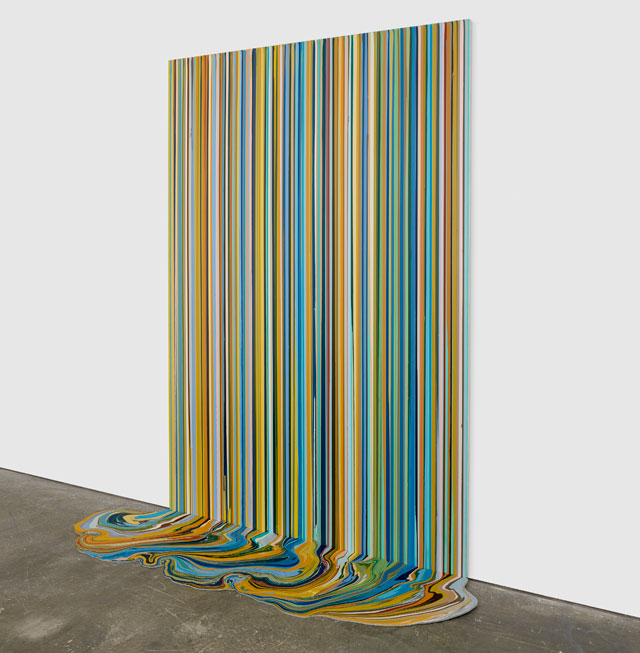 Damien Hirst - a fellow Goldsmiths alumni – articulated Davenport’s unique talents nicely in his introduction to the latter’s 2014 monograph, extolling his ability to “paint confidently with exploding energy, furiously and on a grand scale, using conceptual and sculptural ideas, and with his own physical techniques to create phenomenal contemporary paintings”. In this interview, he discusses the works exhibited in the Waddington Custot show, all of which were all produced in the last year, and those from Horizons, the simultaneous major solo show at Dallas Contemporary, which features new works as well as a handful of paintings from his very early days. In this conversation, he explores the combination of control and spontaneity that informs his practice, from the meticulous preparation that goes into each huge work to the playfulness and serendipity of his new “splat” paintings on paper, in the London show. 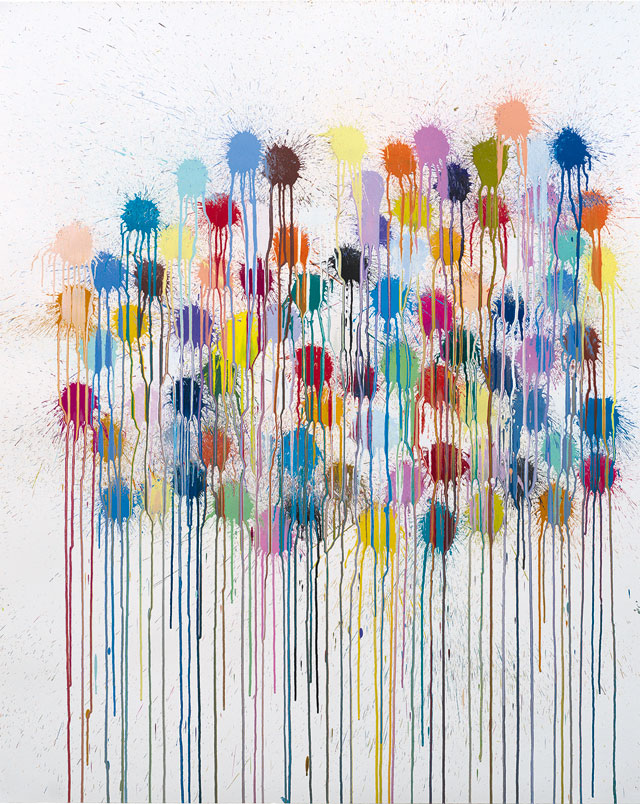 Born in Kent, he studied fine art at Northwich College of Art and Design in Cheshire before moving to Goldsmiths where he studied under Michael Craig-Martin, receiving his BA in 1988. Since then, Davenport has had more than 40 solo shows and appeared in many more group exhibitions in Europe, Asia and the US. He recently celebrated 30 years with Waddington Custot. 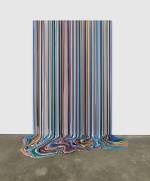