This spring, the Grand Palais shows the first retrospective of Helmut Newton’s work in France since his death (1920–2004), which is surprising in a way, since he did so much of his work in Paris and St Tropez especially, for French Vogue and other magazines.

Provocative, open and daring, Newton explored the violent undertones and sexual politics of the fashion world with humour and beauty – and often shocked people while doing so. But the first impression of his work is simply how technically brilliant and extensive it is. There are over 200 photographs in the exhibition – mostly original or vintage prints made under Newton’s watch. There are Polaroid’s, working prints, magnificent works that take up walls with marching, victorious women. There is also a touching film, Helmut by June, made by Newton’s wife of 60 years, photographer June Newton, who is also responsible for much of the direction of the retrospective.

Focussing on the themes of fashion, nudes, portraits, sex and humour in turn, the exhibition really is a wonderful journey through an ever inventive and thrilling mind. Helmut Newton once said that he was only “a gun for hire”, just a hack in a busy world of magazines and deadlines – but the exhibition quite clearly shows that he was far more than that. Curious, open, and lively, Newton’s photographs managed to show the fashion world exactly the demonic undertones of its own workings and vanity, without alienating it at all, or coming across as damning or dour. He saw through fashion, celebrated it, made fun of it, loved it.

Newton photographed the sexual revolution as it happened, the excess of the jet set as it took off, and the golden tans and azure of the Riviera. He captured women prowling Paris, girls deep in escapist thought, framed by televisions and voyeurism and bars destined to be broken. There are models being swallowed by crocodiles, spitting champagne at each other, and discarding money with absolute poise. There is excess and breasts and smoking and oceans – there are powerful women and preoccupied men.

And there is something wonderfully liberating about a body of work that so successfully shook off all constraints (even as he photographed them, obsessively even) – a man who revolutionised fashion photography with his daring and liberated visions, but also achieved the most breath-taking beauty with a meticulous approach to technique and execution.

The tenderness and precision of some portraits recall Robert Mapplethorpe’s work, while the exquisite compositions, rich colours and humorous undertones remind one of the Russian Contructivists, Kubrick’s films and Nan Goldin’s photography, too. The Polaroid’s look like little Hopper paintings.

There is an overwhelming atmosphere of triumph, of true liberation – artistic and otherwise. Violence seems exquisite rather than gratuitous, while fashion is comedy and joy. Newton’s work consistently excites, overwhelms, and satisfies. If the aim of the exhibition was to show him as “much more than a fashion photographer” then it definitely succeeds. Crowds walk around in awe of this sublime, rich body of work – and are moved by it too. It is rare to see an exhibition so exhilarating and lovely at once: even watching the reactions of the visitors is a reason to go. 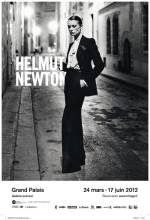 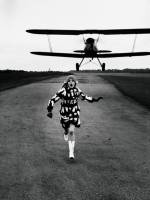 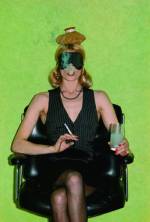 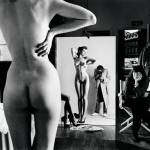