Put aside notions of the tormented artist plagued by demons and haunted by nightmarish visions and meet Goya, the loyal friend and mischievous court painter

Francisco de Goya (1746 – 1828) is perhaps best known as the man who painted the monsters of the night and the mayhem of war. His Black Paintings, which began as murals on the walls of this house on the outskirts of Madrid (until they were transferred on to canvas), are some of the artist’s most famous. Saturn gorges on his son’s bloodied body, a sorrowful little dog looks up into the void, witches go about their ghastly business. But while Goya’s ghoulish and violent paintings draw the public’s attention, his portraits, which make up a third of his output, shine a different light on this most fascinating of painters.

Goya: The Portraits is, we are told, the first exhibition dedicated solely to the portraits; there are no phantoms or magical crones here. Instead, we are introduced to a different Goya through the people he painted and his relationship to them. The Duchess of Alba (1797) makes her London debut and, for many, she will be the highlight. Covered head to toe in black lace, her grandfather’s red military sash tied around her waist, this famously proud and capricious woman stands defiantly before us with one hand on her hip and the other pointing to the ground. There, written in the dirt are the words “solo Goya” – only Goya. Romantics have taken this to mean that the two were in love, but such sentiments appear in other portraits too. Goya inspired loyalty in his patrons and advertised these allegiances in his work, showing, in effect, that he was the best man for the job. But the painter and the duchess were more than just acquaintances; they were also fast friends. Her beauty and eccentricities fascinated the artist, and the duchess, in turn, brought him into her inner circle of friends. In her will, she left Goya’s only surviving son, Javier, a lifelong daily income of 10 reales, proving that she cared not only for Goya, but for his family too.

Goya’s rise to court painter and portrait artist to the Spanish nobility and intelligentsia came relatively late in life. He was 37 when he received his first major commission. When he did begin to hit the big time, Goya, rather endearingly, advertised his services none too subtly. His first major undertaking was a portrait of Charles III’s Enlightenment minister, the Count of Floridablanca. The rather stiff and stately figure of the count, resplendent in his finery, looks out at the viewer with a benign smile. But in the shadowy foreground a much smaller figure in a humble brown jacket and with a bohemian haircut, stands in front of the count holding up a canvas for the latter’s approval. The count raises a finger, as if to say: “Wait a second, artist, while I talk to these people who have just arrived.” In doing so, the count is engaging with us, the viewers, welcoming us into his office, while Goya stands patiently to one side. But while Goya is showing himself as a humble servant on the one hand, he is also advertising his services to anyone who cares to look closely enough. His calling card has fortuitously fallen out of his pocket and now sits on the floor by his feet, clearly displayed for all to see.

Goya went on to paint King Charles III, a man who was not blessed with looks. But the King was a kindly sovereign, who wanted to be a friend to those around him. And in acknowledgement of this fact, little about Goya’s portrait of the King is regal. If it weren’t for his sash and the medal pinned to his chest, we could be forgiven for thinking that this was just another portrait of an affable fellow on a day’s hunting. Even his dog is relaxed enough in his master’s presence to have curled up and fallen asleep.

As Goya’s portraiture developed, so too did his ability to represent the personalities under the layers of silk and lace. With his penetrating insight, formal portraits of courtiers and intellectuals were transformed into arresting visages that virtually bid you a good day as you walk past. There are many examples to choose from to illustrate Goya’s ability to reveal the person beneath the artifice. Take the tiny Count of Altamira (1787) who was so small he needed specially made chairs. The desk he rests his arm on, however, has not been scaled down and the diminutive count is revealed exactly as he is – glamorous and wealthy, but ever so tiny. Or look at the swaggering Count of Fernán Núñez, who leans with one hand on his hip and a smug half-smile on his face. Everything about him, from his body language to his velvet yellow breeches, speaks of his confidence.

In his position as First Court Painter, Goya probably knew about the count’s infidelities, not to mention those of his wife. And his access to court gossip might explain the curious prominence of a hairdresser in Goya’s The Family of the Infante Don Luis de Borbón (1783-4) – a family whom Goya liked and spent a great deal of time with. Curator Xavier Bray’s insight into this fantastic and mysterious group sheds light on the most natural of the faces in the composition. The hairdresser works on the extensive locks of María Teresa, the young wife of the fun (and woman) loving Don Luis. Of all the figures, the eye is drawn to this unassuming man, whose profile is positioned centrally – and separate – from those around him. Like Goya, who sits painting the family in the foreground, the hairdresser is the only person truly occupied and at work. His outward expression is one of absolute concentration. But, Bray speculates, this man may be listening in. Like Goya, he would have spent a great deal of time in the company of these people, and, like Goya, would have been privy to some very intimate gossip. Perhaps Goya related to this man and was playfully promoting his position in a way that he could not promote his own. 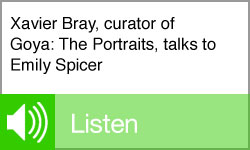 In 1792, at the age of 46, Goya became seriously ill and lost his hearing completely. Many historians have believed that this was the reason for his dark paintings of ghouls and violence. Isolated in silence, the theory goes, the artist must have fallen into a depression that released the nightmarish figures that populated his albums and many of his canvases. The truth is that Goya continued painting court portraits for another 20 years or so after he became deaf. He was so liked and well thought of by his patrons that some learned a form of sign language so that they could communicate with him. And the evidence suggests that Goya’s enthusiasm for painting, and for life, was utterly undiminished by his hearing loss. Perhaps it was the horrors of the Napoleonic war, which Goya witnessed first hand, that inspired the Black Paintings. Or maybe the second of his illnesses, late in 1819, that, in the words of Bray, saw the artist peer down “the tunnel of death” that led to Goya’s fascinations with hell. But regardless of what inspired some of the most harrowing images in art history, his portraits, offer an entirely different version of this artist during a time when his silent world was supposedly driving him to paint only darkness.

This exhibition brings to light portraits that have stayed with families since they were painted, or have been hidden away in private boardrooms far from the public eye. But it also introduces us to Goya, the loyal friend, confidant and family man, whose enthusiasm for life and the families he came to know so well, made him a much loved individual.

Portraits are easy to walk past because of their ubiquitous nature in imposing halls and grand country estates. But if you visit this exhibition, stop and look more closely at the child with the magpie on a string, or the sneering face of Ferdinand VII, or the exhausted features of the Duke of Wellington because Goya is trying to tell you something. He is not only trying to produce a likeness, but he is showing you what he thinks of the person sitting before him. As such Goya’s portraits are as much about him as they are about the sitter, for this was a man who most definitely wore his heart on his canvas. 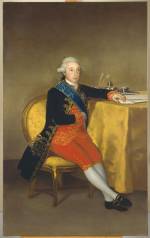 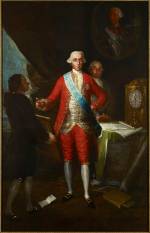 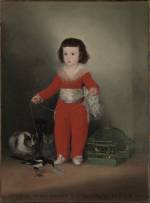 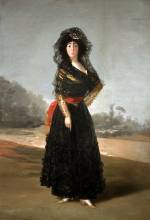 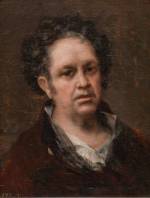 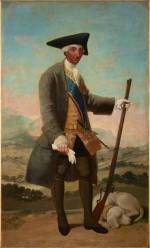