To collect is to create a personal narrative. The driving force behind this narrative could be to map the passing of time, to compensate for something lost, or perhaps to create a new life. Nurtured by Russian émigré Jacques Gelman, (an early movie mogul) and his wife Natasha Gelman, The Gelman Collection of Mexican Art numbers over 300 works making it one of the most important holdings of 20th-century Mexican art in the world. 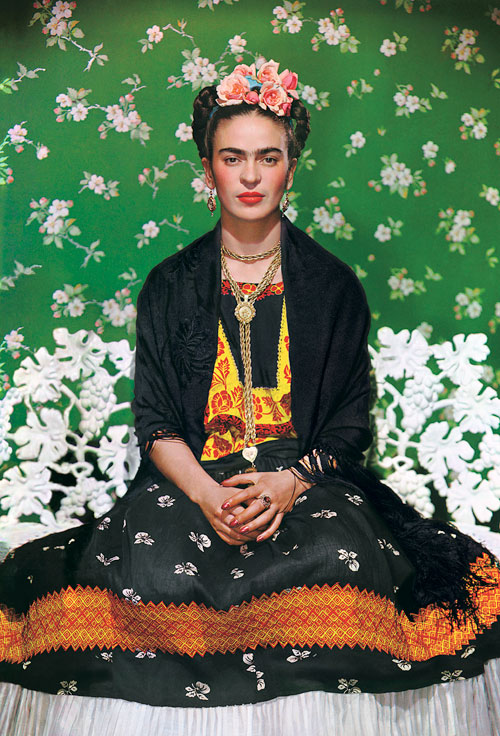 In the introductory notes to the exhibition Frida Kahlo & Diego Rivera: From the Gelman Collection, we learn of these eminent collectors that “like their friends Frida Kahlo and Diego Rivera [the Gelmans] had been unable to bear children – so their collection was their surrogate family”.1 The inclusion in this show of two portraits of Natasha Gelman, one painted by Kahlo and the other by Rivera, reminds us that despite the critical importance of the Gelman collection, the “surrogate family” on exhibition will always speak more of the parents than of the parts which make up its whole. In this exhibition it is through the Gelmans that we learn about two giants of the 20th century.

The ongoing debate about the critical importance of Rivera versus Kahlo has been heated, fought on many fronts, over a long period of time. It is an argument as passionate as one can only imagine the fiery couple had themselves during their tempestuous marriage. During his lifetime Rivera rose to prominence through his large-scale mural commissions, which reflected Mexican society and his Trotskyist values. He received international acclaim as well as attracting controversy. A large exhibition of monographs in 1932 at the Museum of Modern Art in New York anointed him firmly into the canon of 20th-century art. Kahlo, on the other hand, had a less high profile career during her lifetime, being known mainly as Rivera’s wife. She had her first solo exhibition in 1938 at the Julien Levy Gallery in New York. Recently however, Kahlo has somewhat stolen the limelight, having had a large retrospective at the Tate Modern in 2005. In 2001 she had been the first Hispanic woman to be featured on a US postage stamp. This exhibition seeks to intercede as referee in order to level the playing field and stop the incessant bickering over which of the pair has greater historical relevance. It seeks once again to see the pair in unison as a prolific art-making couple. 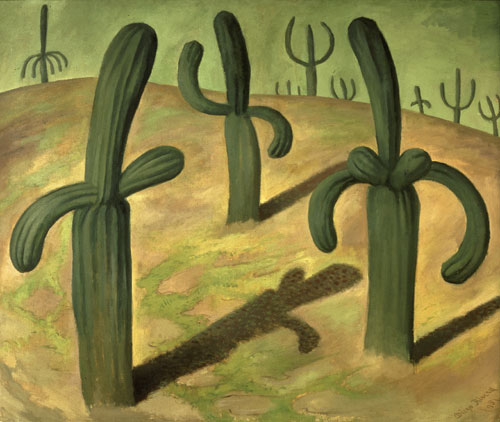 With this in mind, the exhibition resists the tendency shown in the mounting literature on the couple to isolate the pair and place Kahlo in relation to feminist or multicultural criticism, and to align Rivera with political Marxism. The exhibition therefore stands in opposition to the recent interpretation of Kahlo put forth by the feminist artist and critic Judy Chicago and art historian Frances Borzello in their book Frida Kahlo: Face to Face (2010).2 Here they argue that we should not, and cannot, read Kahlo through her life with Rivera, but instead we must see her at the heart of her own narrative, placing her and her feminism at the centre of her work. Rejecting the many critical voices surrounding this pair therefore, the exhibition seeks to go the very source of Frida and Diego’s relationship by listening only to how Rivera and Kahlo valued one another’s work.

In the exhibition and in the catalogue this approach is strongly carried through. Statements written by each figure about one another’s work are scattered throughout the show offering us a clear prism through which to view the works. This is complemented by two essays in the catalogue Portrait of Diego by Frida Kahlo3 and Frida Kahlo and Mexican Art by Diego Rivera,4 which offer us original source material to open up the sediment of critical analysis that has attached itself to the work over time. One catalogue essay by curator Helga Prignitz-Poda offers an exhaustive account of how the pair depicted one another in their mutual portraits.5 Using a heavy-handed form of visual analysis in which each iconographic detail is carefully dissected, the author extracts as much biographical information as possible in order to understand how the pair valued one another artistically.

This approach of reading one artist through the other ironically leads to the most rewarding aspect of the exhibition: the insertion of Rivera and Kahlo into a context that extends beyond their own relationship. An adjacent exhibition shows architectural photographs by Guillermo Kahlo, Frida’s father. By enabling us to view these photographs, we are given a chronology for Kahlo that stretches beyond her years with Rivera, and we begin to understand what influenced her as a child. This leads us to grasp Kahlo’s early interest in photography, and her love of posing in front of the camera; this is reiterated by the photographs included in the exhibition, by Bernard Silberstein, Héctor Garçia, and Martin Munkási. We also learn about figures other than Rivera who greatly influenced Kahlo during her career. Kahlo’s affair with Nickolas Muray, a Hungarian-American photographer, is illustrated by his iconic photographic portraits, Frida on a White Bench (1938), Frida Kahlo with Magenta Rebozo (1939) and Frida Kahlo in New York (1946). These are given a pivotal position in the exhibition through their placement in the central room. In this location they somewhat outshine the few canvases included by Rivera. One essay in the catalogue, by Saloman Grimberg, documents the ten-year love affair between Muray and Kahlo, demonstrating how close Kahlo came to staying with him and leaving Rivera altogether.6

An adjacent room to the exhibition is centred on photographs by Manuel Álvarez Bravo and Lola Álvarez Bravo. Manuel and Lola Álvarez Bravo married in 1925, separating in 1935. Lola had learnt photography through Manuel, working first as his assistant before becoming a photographer in her own right. Manuel had met Rivera through Tina Modotti, and subsequently Kahlo and Lola became close friends. The pairing of this couple echoes that of Rivera and Kahlo in the principle exhibition, inferring similar power struggles between male and female, teacher and student, and between the empirical and the psychological in terms of style. The juxtaposition of this partnership through images such as Una Escalera Grande (Large Ladder) (1932), by Manuel Álvarez Bravo and Erongarícuaro (Michoacán, Mex) (1945), by Lola Álvarez Bravo achieves a dialogue between the two figures, revealing both a shared origin but also two radically unique styles. The preoccupation is less a battle over importance, dominance and influence, rather it enables the individuals to speak as a powerful couple that defined a photographic generation.

It is perhaps in this adjacent room where we see the kind of dialogue that is absent from the main exhibition. Rivera, who is awarded a small room at the front of the exhibition, has a difficult time competing with Kahlo, whose work runs over two rooms and is far more concentrated in terms of material. This is however a common problem due to most of Rivera’s most prominent works being large murals that are impossible to transport and display. Despite this constraint, the comparison set up between Kahlo and Rivera appears somewhat arbitrary. The exhibition begins with Rivera’s canvas Last Hour (1915), a work directly influenced by his time spent in Paris in contact with the Cubist circle. This places each figure in relation to a European art movement, Kahlo in turn being closely aligned with Surrealism. By positioning Rivera in a trajectory concerned with the objective world and Kahlo in relation to the internal, psychological world, any conversation between the couple somewhat disappears. For example, a direct comparison between Rivera’s Landscape with Cactus (1931) and Kahlo’s The Bride who Becomes Frightened When She Sees Life Opened (1943), perhaps might have opened up various discussions about personification, biography, and the objective world in relation to both artists, but by separating the work between two sections of the exhibition none of this becomes readily apparent.

While attempting to demystify the relationship between Rivera and Kahlo, the stereotypes that surround these two figures appear in this exhibition rather too reinforced. Rivera and Kahlo once again battle for attention and instead of reading the two figures through each other, both appear isolated. In actively rejecting Judy Chicago’s reading of Kahlo, this exhibition somewhat falls ironically into illustrating her very argument. We read Kahlo less in relation to Rivera, but instead in the wider context that surrounded her artistic career. Telling the story of Kahlo and Rivera through the Gelman collection will always carry with it the problem that whilst looking for the voices of Rivera and Kahlo we hear through the Gelmans the story of a period and a place. Though Rivera and Kahlo appear centre stage, the beauty of this exhibition lies in the inclusion of other characters, who also participated in the narrative captured within the Gelman collection. It is, after all, the Gelmans’ “surrogate family”, not that of Rivera and Kahlo themselves. 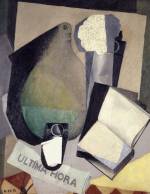 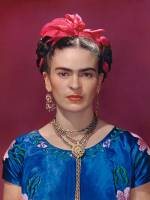 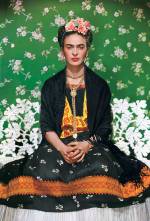 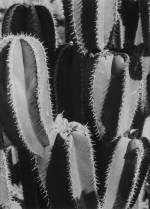 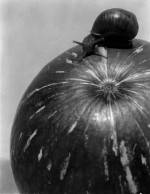 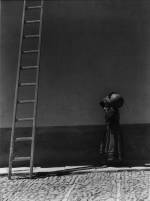