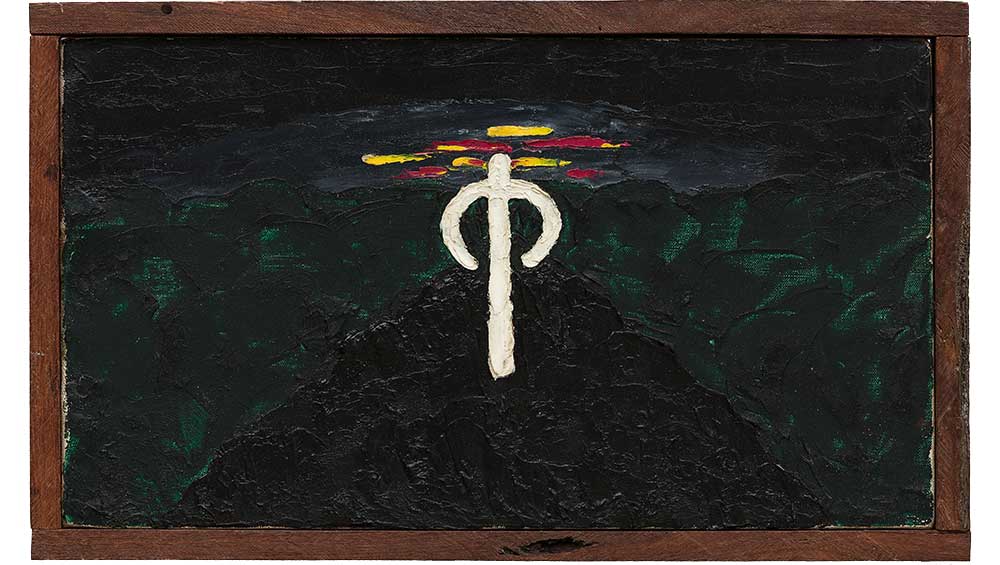 There is much that is haunting in Camden Art Centre’s survey exhibition of Forrest Bess (1911-77), one of postwar America’s most fascinating painters. But one picture in particular lingers in the mind. A slender white form, which looks as much like an occult symbol as it does a person, stands on a dark path, surrounded by shrubs. Above, in the blackened sky, there are smears of red and yellow. The painting, from 1957, is called Sunrise, and it clearly depicts this subject. But the red and yellow smears look less like the first flush of dawn than a conflagration, burning in the distance. And is the figure – if indeed it is a figure – walking towards it or away from it? Bess’s tiny scene has an apocalyptic vastness, a miniature John Martin. 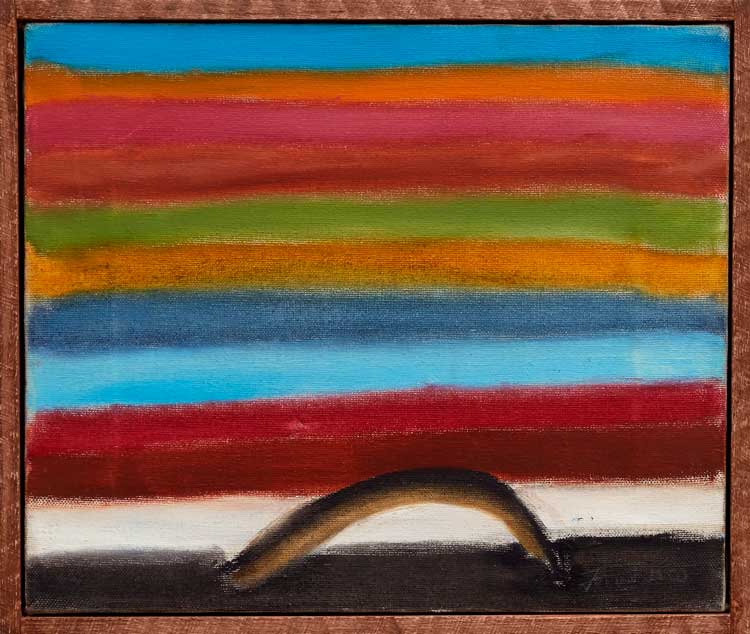 An artist’s biography should never impart value to art. It can help explain the background to an artwork, but not why the work succeeds or fails. Yet in the case of Bess, there is no getting around the facts of his life. It is one of the most interesting stories in all modern art, a tale ripped from the pages of Thomas Pynchon. While Camden Art Centre presents Bess’s paintings without labels, it contains four vitrines containing letters, photographs and news clippings, bringing the work into conversation with Bess’s life.

Removed from context, he would remain an alluring painter. He takes plain, frank elements and turns them into something mystical. Sunrise, described above, creates its scene using an impressive array of marks and strokes, simple in themselves and pleasing in the way they pull together. Yet the manner in which Bess received his images charges them with additional fascination. 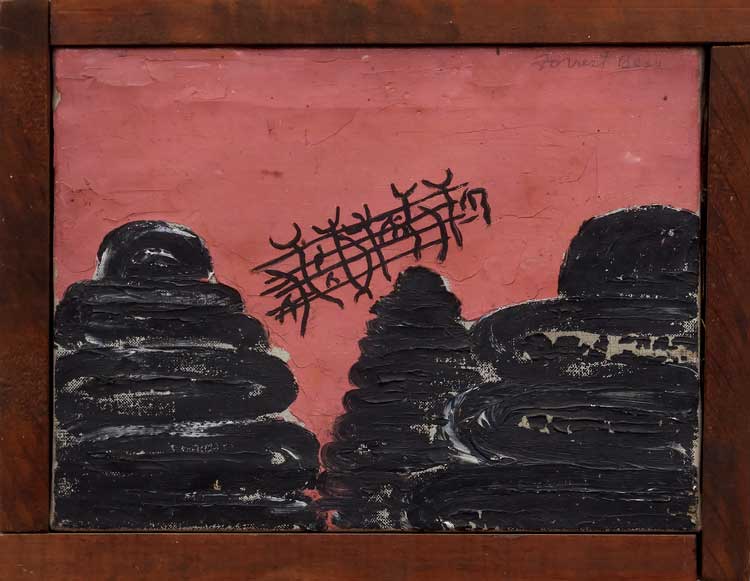 Bess experienced prophetic visions throughout his life. Aged five or six, he allegedly painted sputniks floating in the sky, four decades before satellites first entered space. He learned to paint as a teenager, taught by a neighbour. But he had no formal training. After quitting a degree in architecture and spending some time working in oil fields, he settled down to life at a fishing camp owned by his family in Chinquapin Bayou outside Bay City, Texas, where he worked as a fishmonger, crab-trapper and avant garde artist. In the 1950s and 60s, the period of his greatest productivity, journalists would march over to net an interview with this apparent modern-day visionary hermit. “On the telephone,” wrote Leon Hale of the Houston Chronicle, “he tells people he lives in a cave. But when you go to see him, the cave turns out to be a crude cabin of irregular shape.” 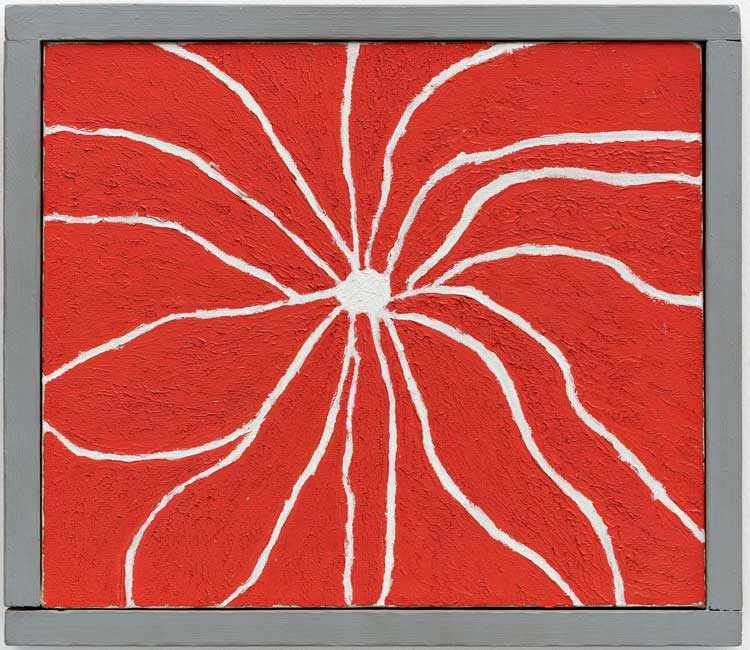 Camden Art Centre has gathered 49 of Bess’s works, almost all from private collections. They are small in size but vast in scale (Bess said that their miniature size allowed him to carry them to safety in the event of a hurricane). Each translates one of the artist’s dream visions into painted reality, applied to a rough board with a palette knife and framed in driftwood. Bess wanted them to be exhibited in a “dead black gallery”. His wish is granted here, allowing the works to flare out against the gloom. 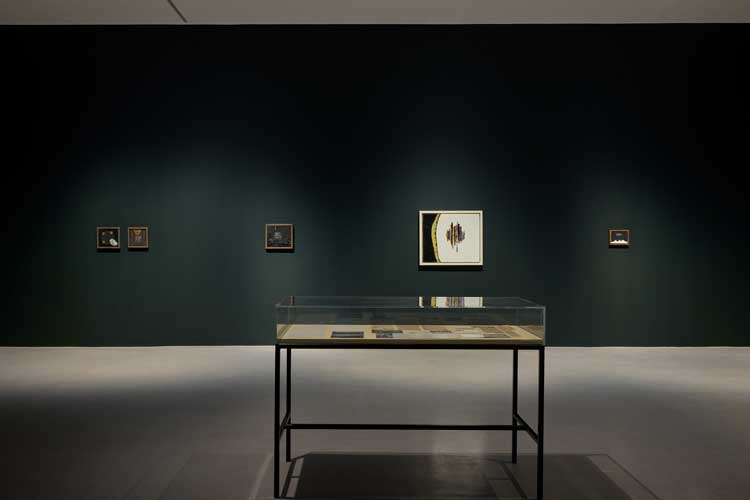 These works are peculiar. Although many began as landscapes of Chinquapin, they seldom resemble the real place. Meyer Schapiro, the influential Columbia professor and art historian, wrote: “Forrest Bess is that kind of artist rare at any time, a real visionary painter. He is not inspired by texts of poetry or religion, but by a strange significance in what he alone has seen.” The visionary content so received by Bess varies immensely, though there are some recurring tendencies that sometimes overlap. Yet though very different, they all provide the same energy. And they feel like talismanic objects as much as paintings, charged with magical energy. 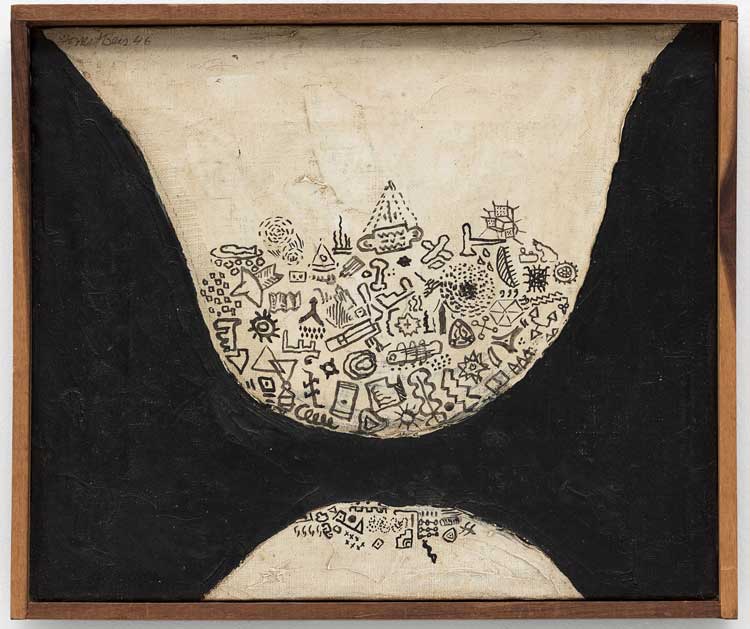 One strand is the presence of cellular forms, which look like organic matter viewed under the microscope. Untitled (The Dicks) (1946) features two rows of tessellating orange and yellow appendages in a black background; another has squiggly, artery-like red lines. Other works resemble arrangements of magical symbols, presented flatly as if drawn on a chalkboard or accompanied by inscrutable characters. One work has an eyeball floating in golden matter and surrounded by a gilt foil halo, above a swirling circle of grey paint. There are works that may be abstracted landscapes and scenes: what might be rock faces decorated with amber, burgundy and black stripes; an aqueous green expanse surveyed by red figures; a crisscrossed field beneath an avocado sunset. Another tendency has an object repeated so that it becomes almost a crowd: one haunting work has the upper bodies of 25 moustached men floating in darkness, some lit by sickly green lights. 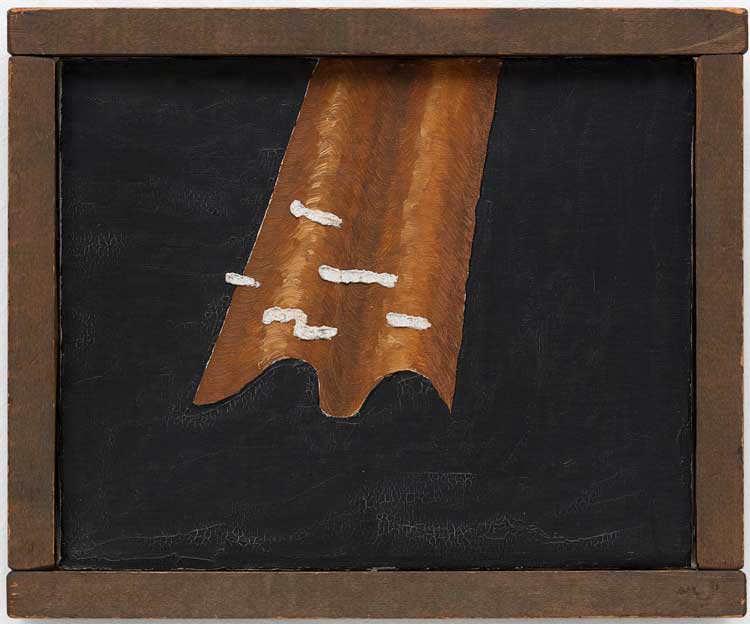 Bess occupied a liminal position in postwar American art. He was not an outsider artist, despite his isolation from metropolitan art production. He was feted in New York artistic circles. His dealer was Betty Parsons, the renowned supporter of abstract expressionism. And he maintained a correspondence with Schapiro (who was not immune to patronising typecasting: “[Bess’s paintings seem] at first sight the work of a self-taught civilised primitive with limited skill”). Bess was an avid reader, particularly of mediaeval hermetic texts, eastern philosophers, sexologists and Carl Jung. His interests became gradually esoteric, his theories bolder. In 1955, he wrote to President Eisenhower explaining how his ideas could be used in the cold war. 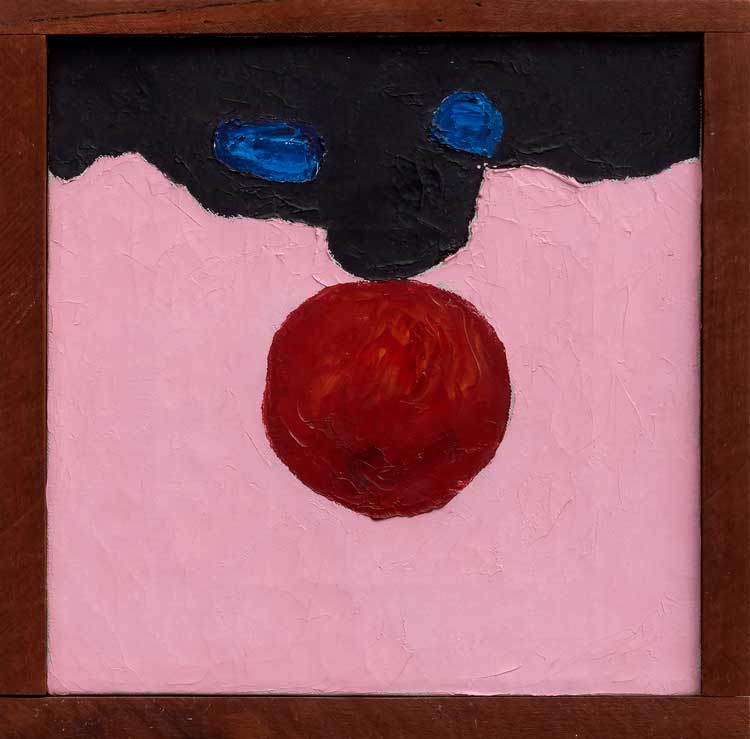 He bombarded Jung with (largely unanswered) letters outlining his research into hermaphroditism, which he came to consider an ideal form across human civilisation that would both obliterate the restrictions of gender and provide fecund creative impulse. In 1952, he used a razor blade to cut the tip of his penis and his perineum. A few years later, he contracted a doctor to create an opening under the root of the penis. He became convinced that this new orifice could reverse the ageing process, provided it received semen. Unfortunately, these operations were followed by a slow decline in his health and output. Did his failure to achieve a new consciousness halt his creativity? There is a real tragedy to Bess’s story, where his idealistic theories deflate on contact with cold reality. This sadness does make his eerie little works all the more compelling. 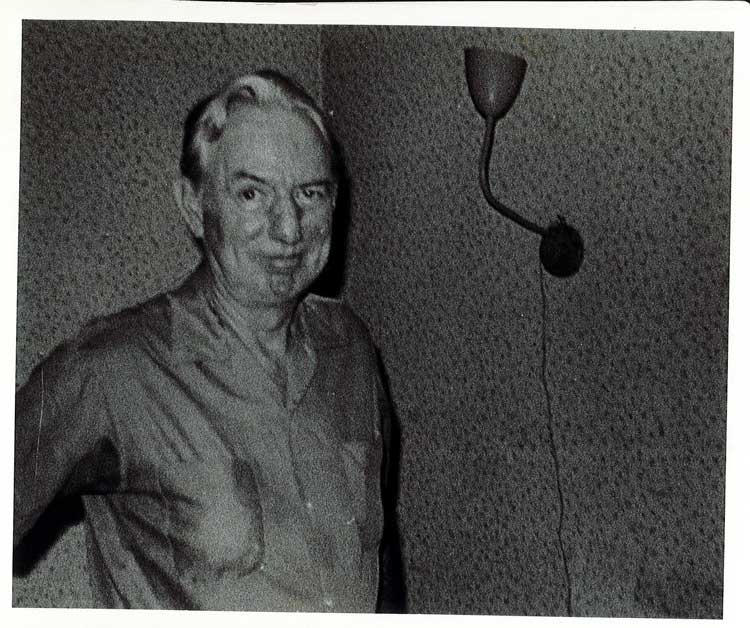