A retrospective exhibition, curated by Jasia Reichardt,  celebrates the 1968 ICA show that first brought the Japanese avant garde to Europe 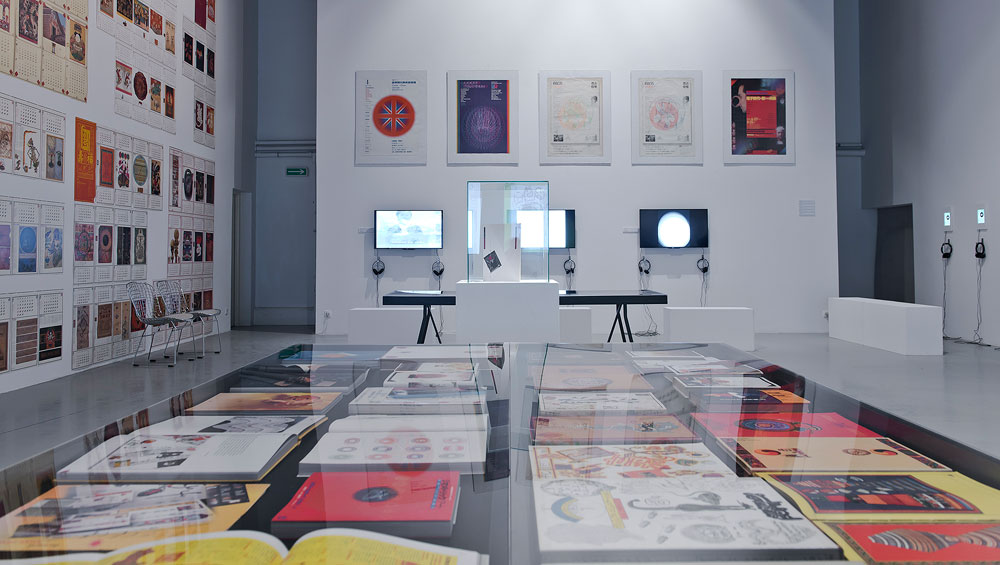 In 1968, while the west was contorted with protests and assassinations, Japan celebrated a landmark. Its economy was declared the second-largest in the world: an unparalleled upsurge that underscored just how much the county had changed since the cataclysmic conclusion of the second world war. Contemporary Japanese culture, however – with the exception of its hugely influential contributions to cinema – remained largely sequestered from that of the west. Art was no exception. Although there were a few moments of exchange – Japanese sculpture featured, for instance, in 1967, in the fifth Guggenheim International Exhibition, alongside 19 other countries – it had seldom been placed under the spotlight outside its own borders. 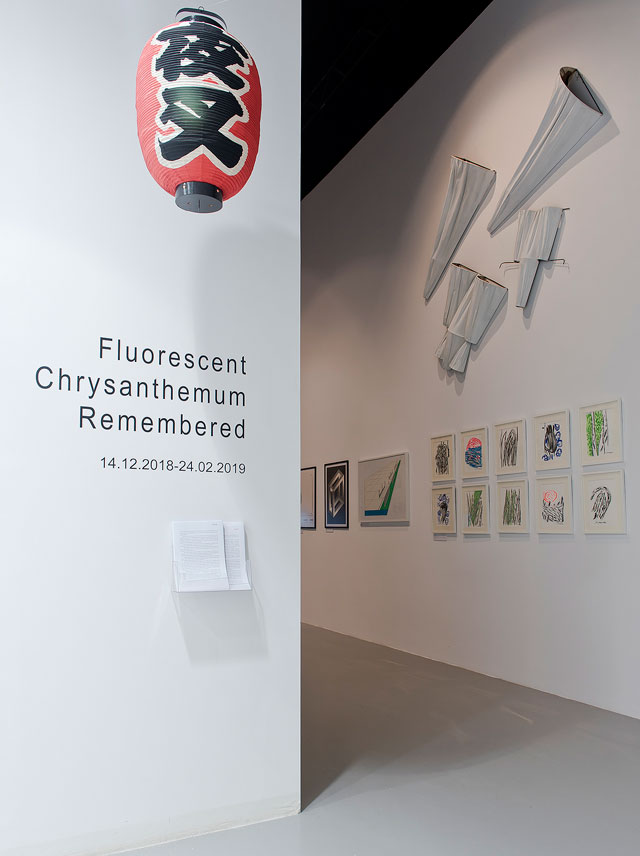 That same year, curator Jasia Reichardt – then working at the Institute of Contemporary Art (ICA) in London – served on the judging panel of the Tokyo Biennale. It proved an eye-opening experience. As she recounts: “The biennale was an exceptional exhibition, and the Japanese works on display were impressive in a very different way from what was being done elsewhere. They shone. They were exuberant, told stories and many of them were fluorescent.” Determined to bring some of these works back to London, Reichardt kept in close contact with the writers and artists she had met in Tokyo, and set about planning an exhibition.

And so on 7 December 1968, Fluorescent Chrysanthemum opened at the ICA. It was the first exhibition in Europe to exclusively exhibit concurrent Japanese art. More than 80 practitioners were featured, across a bewildering array of mediums, including sculpture, miniatures, film and several – such as poster art, album-sleeve design, kites and music scores – that had yet to become regarded as fit to adorn art institutions in the west. “The approach of the Japanese artists,” says Reichardt, “differed from the current movements in Europe. There was no division between art and design. Artists experimented with new materials and technical effects, and the separation between sound and vision was often minimal. This was an art that was progressive on all fronts.” 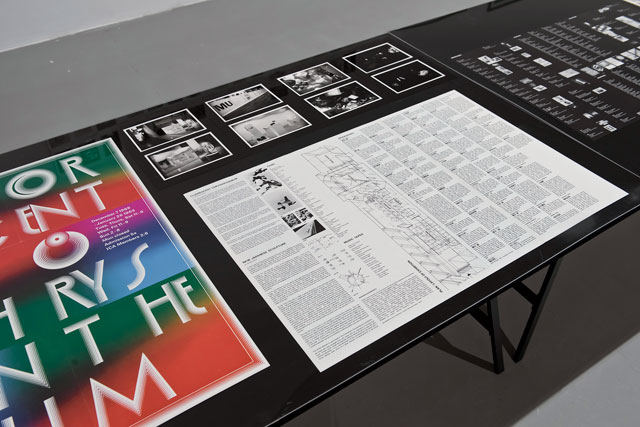 Fluorescent Chrysanthemum marked a significant moment of international visibility for Japanese artists. And its distinctive layout and design, spearheaded by the graphic designer Kohei Sugiura, was like little that had been seen in London before. “This is an aesthetic performance rather than an art show,” said a reviewer for the erstwhile publication What’s on in London. “I cannot think of a more exciting way to spend a morning or afternoon in town.” Most exceptionally, it transcended its moment to become the sort of exhibition that has an afterlife. In 2016, the ICA mounted a compact retrospective of the exhibition. An expanded version of that retrospective is presently on display at the central venue of the Łaźnia Centre for Contemporary Art in Gdańsk, commemorating 50 years since the original show. 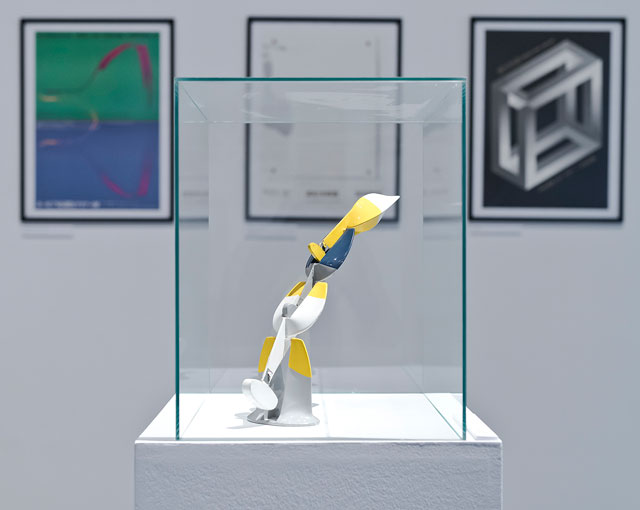 Fluorescent Chrysanthemum Remembered offers extensive documentation of its subject, and does well to give a sense of the excitement that the original exhibition provoked, without attempting the nigh-impossible task of simulating it. There is much ephemera, including the original posters, private-view invitations and catalogue. The sculptural works are represented by black-and-white photographs, which give some sense of the bewildering variety of work that was on display. There were stacks of circular fluorescent lights redolent of traffic lights, white ridged towers with a touch of minimalism, spiky pieces slightly resembling the work of the Zero group, and much more besides. Even in the small-scale, black-and-white medium, the predominance of luminescent and glowing works is palpable.

Although documentation plays a significant role here, there are numerous works that have either been brought forward from 1968 or represent the later works of artists who featured. Prime among these is an immensely varied set of video works, from abstract animations to Jean-Luc Godard-referencing realist pieces. A particular highlight, and one that seems particularly Japanese, is Yoji Kuri’s G String (1969): a slippery animation in which a series of alternatively cartoonish and nightmarish images emerge out of an undulating line. 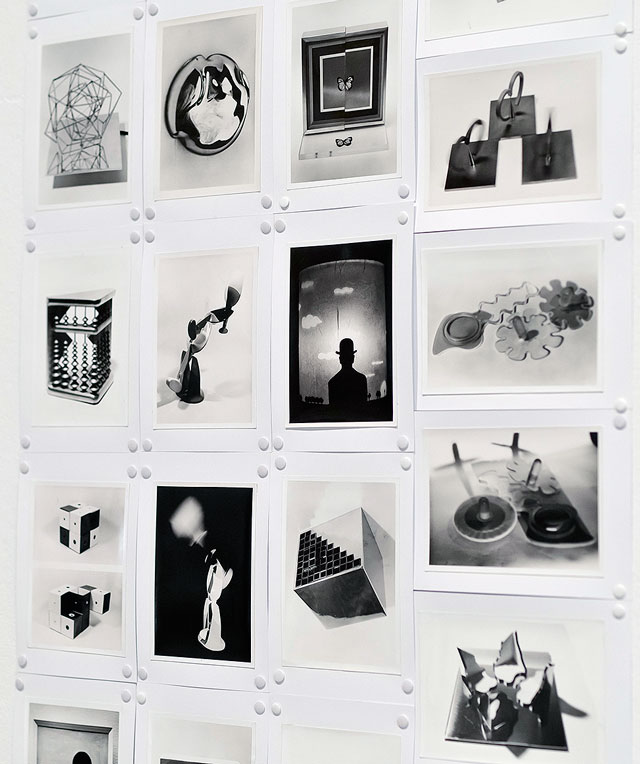 Fluorescent Chrysanthemum’s name combined the glowing process shared by many of the sculptures and the traditional symbol of Imperial Japan, so placing one foot in the present and another in the past. This was an apposite compound for many of the featured artists. Ushio Shinohara’s three-part-print Doll Festival (1966), for instance, renders traditionally attired Japanese figures (as well as a cowboy-hatted interloper) in impossibly bright pop colours. A 1974 poster by one of the artists featured in 1968, by the psychedelically inclined Tadanori Yokoo, arranges various items – a modern-day woman, several abstract symbols, an out-of-focus  Japanese portrait – on a black background.

The fusion of old and new, and east and west, also appears in much of the avant-garde music of the period; a series of listening posts allows visitors to experience some of the period’s key compositions. Toru Takemitsu integrated traditional Japanese instruments with serialism and the conventional western orchestra. Connected to contemporary art as part of the interdisciplinary Jikken Kobo (experimental group), Takemitsu’s music may be the most lasting legacy of the 1960s Japanese avant garde. 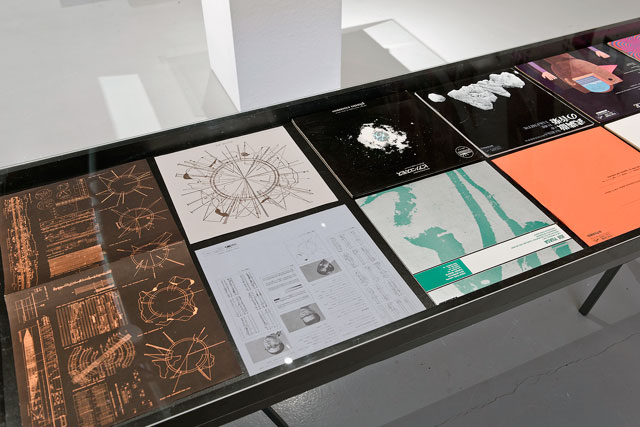 But if a hero emerges from Fluorescent Chrysanthemum Remembered, it is Sugiura. His exhibition design for the original show, which used every inch of the ICA’s exhibition space with ingenious ideas such as ceiling-height cubes to display posters and uneven floors to force visitors to consciously position themselves while viewing each work, contributed to its success, as did his prismatic graphic work promoting the show. If in 1968 he was a major presence, in 2018 he is given conscious focus. A case of his book covers shows his lively handling of colour and arrangement. His album sleeves, many for Takemitsu, feature abstract interpretations the music contained within. One particularly fascinating exhibit is an insert from the compilation album Piano Cosmos (1969), in which Sugiura’s diagrams interpret scores from composers as varied as Karlheinz Stockhausen, John Cage and Pierre Boulez. 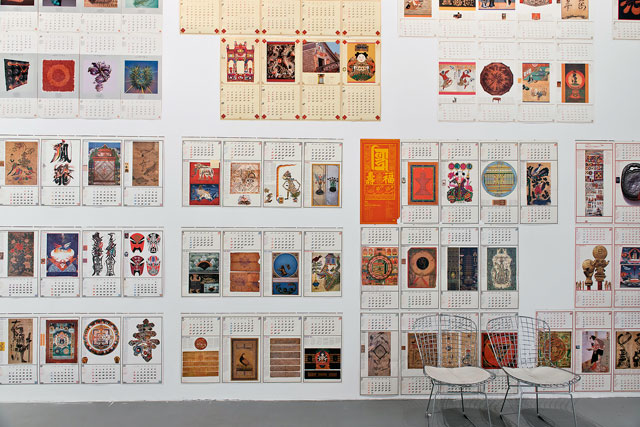 Łaźnia is dominated, however, by a set of 20 of Sugiura’s calendars, whose individuals sheets cover an entire wall. Produced since 1975, they represent an astonishing body of design. The simplest take aspects of Japanese culture – Buddhist symbols, ukiyo-e engravings, calligraphy – and brighten, magnify and reposition them in sequences of unending beauty. More complex editions take some of these elements and use them to make puzzles. Alphabetum Acrobaticum (1978),  dual language collaboration with Reichardt, may be the most fascinating of all. Every month is illustrated with a different type of visual wordplay. There is a rebus in the shape of a hot-air balloon, a letter written in the form of a lion by an 18th-century Dresden student and Roy Lichtenstein’s Sweet Dreams, Baby!, chosen for its use of onomatopoeia. 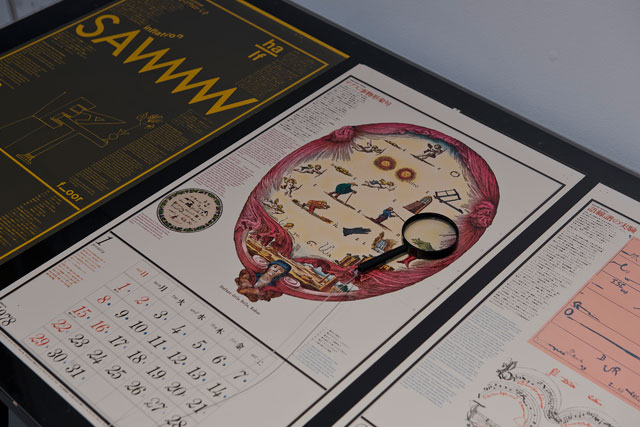 The delight with which Sugiura approaches his task, year on year, is catching. It is heartening to see a figure little-known outside Japan receive the sort of showcase he is due. And 50 years since the exhibition, Fluorescent Chrysanthemum’s willingness to give a platform to his graphic design alongside more traditional mediums of fine art still seems forward-looking.