An ambitious Expo Chicago showed positive signs of a refined personality, an adventurous pioneering of emerging galleries and artists, as well as an exciting off-site collaboration with Palais de Tokyo

When an art fair builds an identity, gallerists, collectors and visitors alike begin to understand how to behave under its roof. A code of conduct is established in the broad space, which essentially brings together many identities and brands, and thus the spirit of the fair becomes more collaborative and cohesive. After an economic and identity crisis, the historic art fair Art Chicago, founded in 1980, rebranded itself in 2012 as Expo Chicago and gained a determined new director, Tony Karman. Now in its sixth year, it is showing signs of forming a new identity rooted in a celebration of modern and contemporary American art and pioneering a journey to discover emerging galleries and artists who celebrate that legacy. 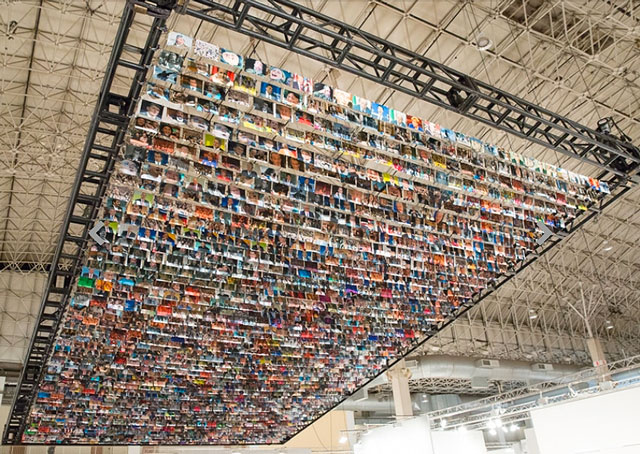 Across the wider fair, paint was thick, strokes were bold, contrast was high, influences were urban, photography influential and the line between figuration and abstraction seemed more blurred than ever. A younger generation of new US artists could be seen dipping into the past 50 years of American art, with the humorous and slightly dark attitude of the aforementioned established contemporary artists, while adding a whole new set of contemporary influences from the internet, society and the city.

A majority of US-based galleries took part in Expo Chicago and consequently ended up stealing the show. Washington DC-based gallery Connersmith presented US artist Wilmer Wilson IV’s plywood boards collaged with urban flyers and old lottery tickets, leaning casually against the walls of the booth, a contemplation of the ephemeral nature of an urban existence.

Large-scale drawings of disjointed, figurative scenes by Botswana-born, New York City-based artist Meleko Mokgosi stretched across the walls of Los Angeles gallery Honor Fraser. Colourful and high-contrast paintings explored digital aesthetics and experiments on a sliding scale between figuration and abstraction at The Hole (New York) in the work of Josh Reames, Alex Gardner and Jonathan Chapline and at Ameringer McEnery Yohe (New York) in the work of Tom LaDuke.

A strong cohort of Chicago-based art galleries returned to Expo after exhibiting at last year’s edition – including Corbett vs Dempsey, Monique Meloche, Zolla/Lieberman, Kavi Gupta and Richard Norton. A Chicago gallery highlight was Andrew Rafacz, which successfully packed a diverse range of works from J Michael Ford, Samantha Bittman, Daniel Shea and Wendy White into the small booth space without it turning into a bazaar.

There was a high attendance of Berlin-based galleries, with Peres Projects, König, Gregor Podnar, Dittrich & Schlechtriem, Nome, Pushkin & Gogol, Kimmerich and Rockelmann & all setting up shop. König continued the loud and colourful trend with an installation of painting and sculpture from artist John Seal, who mixed television sets, pot plants and brickwork into a high-energy still-life setup.

While there was a sprinkling of European galleries, from Brussels and Amsterdam in addition to Berlin, in the Exposure section – which presented emerging galleries and was curated by Justine Ludwig, director of exhibitions and senior curator at Dallas Contemporary – it was the US galleries and, in particular, the Los Angeles offering that brought the most energy. Bold impasto interiors from LA-based painter Alec Egan were impossible to miss at Anat Ebgi. At Night Gallery, more paint on canvas stood out in pink, purple and blue brushstrokes by Mira Dancy, and sweet cerise canvases dotted with rose buds by Patrick Martinez joined Matisse cut-outs on light boxes and neon palm trees by Ramiro Gomez at Charlie James Gallery (also Los Angeles).

Yet, colour was never far away. The In Situ projects, curated by Florence Derieux, injected personality into every clearing and side space throughout the fair, where large-scale works of artists showing with the galleries were given floor and ceiling space to exhibit in the vaulted hall. The works were politically oriented and commanding in impact. Wang Du’s Psychiatrie et Cardiologie (2016) hung above a central gathering point, displaying 999 hanging colour photographs of political figures like a heavy cloud of media supremacy. Lara Schnitger (represented by Anton Kern Gallery) presented Suffragette City (2015-17), a hanging display of quilts ornamented with bright stickers and buttons. 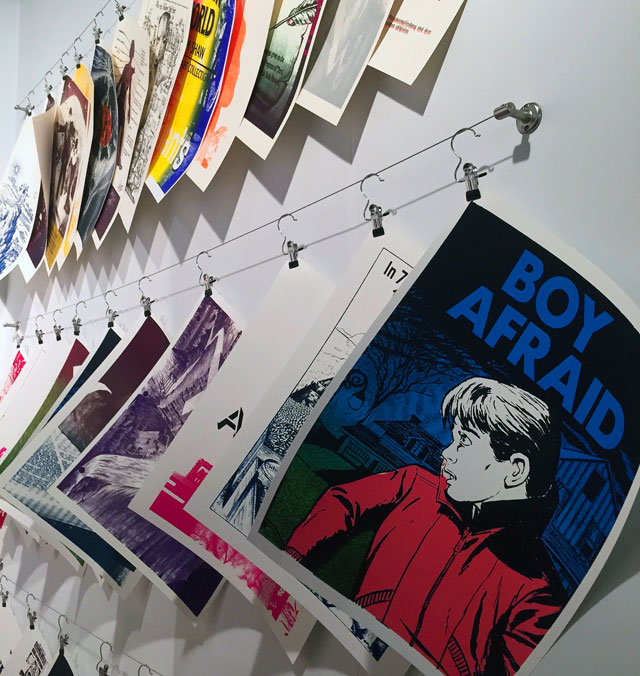 The Eli and Edythe Broad Art Museum at Michigan State University collaborated with French duo The Bells Angels and Chicago’s Spudnik Press to create a working screen-printing studio where colourful, graphic posters were in production and hung drying on the walls – the designs of the posters inspired by the research archive behind the new exhibition at the gallery, titled Michigan Stories: Mike Kelley and Jim Shaw.

In addition to video and sound art programmes, performance art and talks, and outdoor sculptures, in South Chicago, Expo teamed up with Palais de Tokyo to curate a show of 11 emerging artists based in Chicago and France. Curated by Palais de Tokyo’s Katell Jaffrès in collaboration with the Graham Foundation and Andrew Schachman, who worked on the exhibition’s design, Singing Stones was hosted at the Roundhouse at the DuSable Museum of African American History.

The Roundhouse, originally built in the early 19th century by Daniel H Burnham, was an ideal space – a vast, yet also quirky gallery – for the display of large-scale installation, video work and sculpture. The circular timber roof, supported by slim steel columns, is encircled by a coloured glass window that stretches around its perimeter, casting vibrant reflections of light across the space and works.

Raphaël Zarka’s Paving Space (2016), an instrumental sculpture in solid oak that also doubles up as a skate ramp, smoothly unfolded in the central space, while Wilfrid Almendra’s screen made of cathedral glass and steel, wrapped around the columns in the space and played out recordings of poems. Other works include disjointed kinetic sculptures jerking through motions by Dorian Gaudin as well as works by Daniel G Baird, Floating Museum, Lola Gonzàlez, Bouchra Khalili, Guillaume Leblon, Florian Pugnaire & David Raffini, Cauleen Smith, Thomas Teurlai and Schachman.

As if this were not enough, this year the ambitious Expo ran alongside the second edition of the Chicago Architecture Biennial. As with all art fairs these days, there was too much to see, yet as Expo Chicago continues to build a strong identity, this refining of personality and direction will make it all the more enjoyable to absorb, read and appreciate. 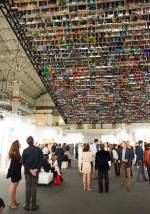 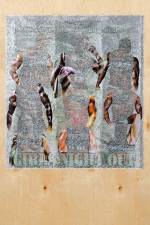 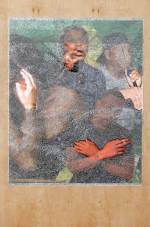 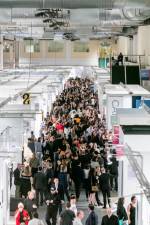