Prehistoric ferns, corporate ties and hairy-legged stiletto wearers are among the things Elizabeth Price’s video works throw at you, as the Turner prize-winner investigates seismic change in manual and white-collar labour 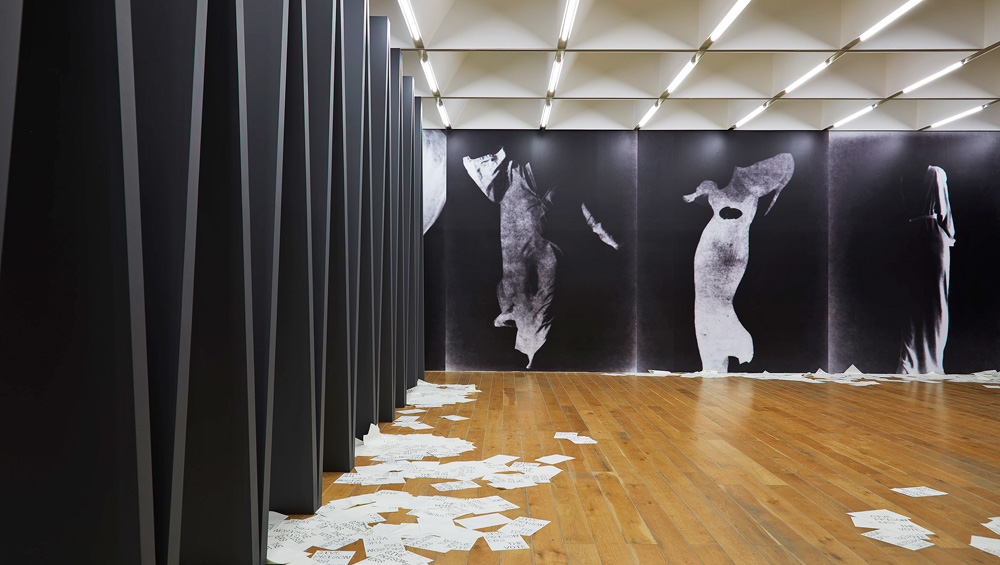 Neckties and prehistoric ferns furl and unfurl in crisp black and white in the latest video work of Turner Prize-winning artist Elizabeth Price (b1966, Bradford). An exposition on office-wear and corporate culture that twins the 1970s with some fictional, feminist, semi-robotic future, Felt Tip (2018) is a two-channel digital video projection, a “science-fiction story that traces a social, sexual and technological history of the workplace”, according to Price.

The work plays out on two screens stacked one on top of the other to create a slim, six-metre-high, split, digital canvas. This hierarchy is important: “This is the executive level” are words that pop up on the upper screen at the start, intoned by one of four female narrators. “And that …” continues the voice and accompanying text – dropping to the lower screen – “is the cache”. What is visible on the surface, and the vast, dark immensity of that which powers it (whether data, nameless workers, memory banks, tunnels, cables, ink, electricity, coal or murky sexual and class politics) is very much the matter in hand, in both films shown here. 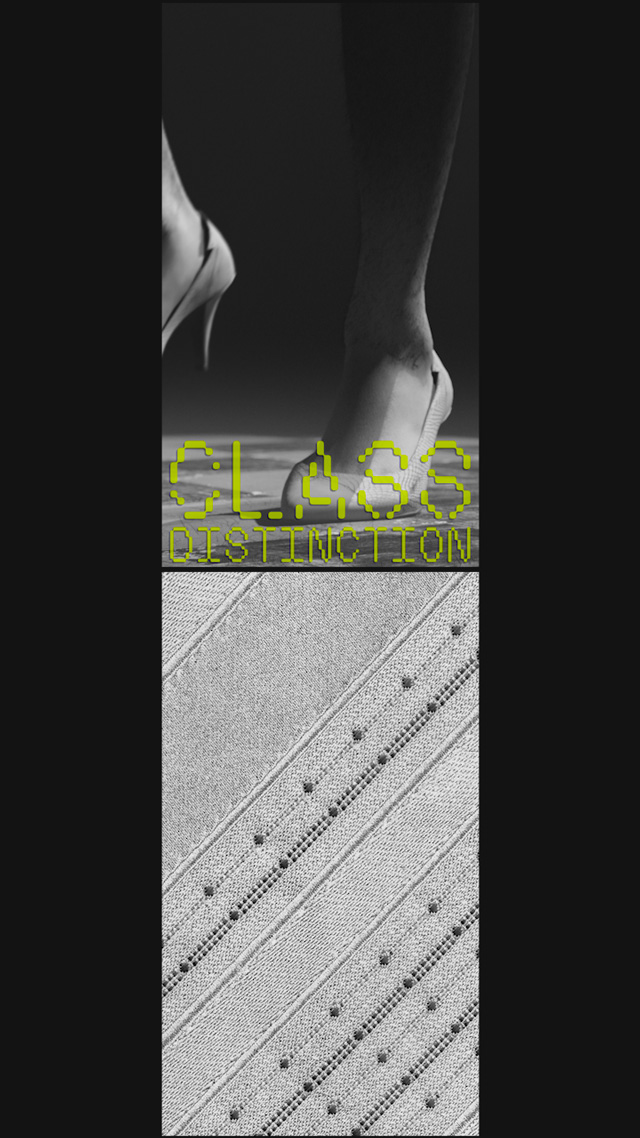 But back to the mellifluous, digital tones of the piece’s female narrators: apparently the “administrators of a large, unidentified institution”, they describe how, in this future workplace, the digital files of greatest value or size are located in soft drives, known as “felt tips”. They tell us this data is mapped on to DNA structure and held in living tissue - in these administrators’ own fingertips, which have consequently lost sensation (tips that can no longer be felt – Price loves her puns). Almost as revenge for this small sacrifice, they have become prone to cracking jokes about archaic office technology – especially the felt tip, “with its bright and lovely fabric nib”. In fact, they say: “We identify with any supple medium of storage, much preferring the floppiness of the floppy disc to the cool, solid state.”

This first half of the film then segues into “A Short History” of office iconography, delving into the evolution of the necktie in the 20th century as a form of “executive authority”.

The multitude of ties Price conjures and choreographs against this narrative are always disembodied, but active: they float and flip, in closeup and portrait. But the detail is always pin-sharp, occasionally microscopic, revealing the weft and warp of the fabric, though it is hard to know whether we are looking at original 70s and 80s patterns or more contemporary CGI ones. Past and present seem to fuse; the real is indistinguishable from the digitally generated, as we flash from heraldic crests to “trendy” designs of the 80s featuring digital symbols – memory chips, floppy discs, nodes and cells. 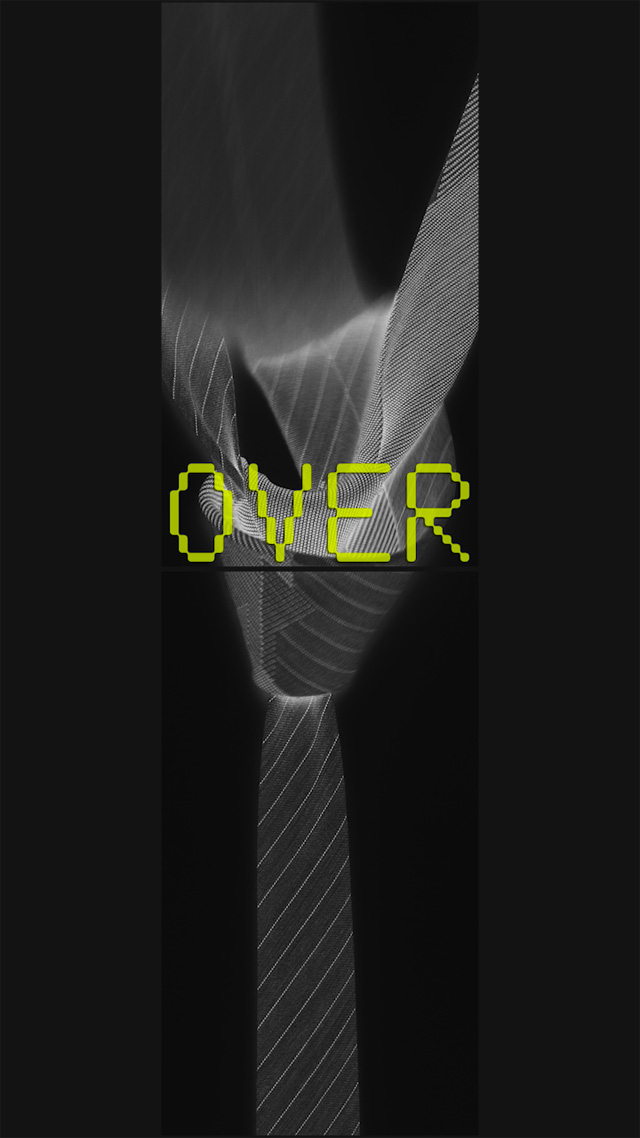 As this Short History section kicks off, the spare, synth soundtrack switches up a gear, with a burst of poppy, electronic dance music. The words become more like lyrics, the script more like a song, as with Price’s recently commissioned work for the Ashmolean Museum, A Restoration (2016). Interviewed by MK Palomar in 2016 for Studio International, she said: “Many of the (works) start off with quite a rational, procedural approach to historical materials, but they always move into, or end up in, something that is more like a song. And definitely music and the voice is part of that formal change. I’m interested in it because it brings a very different sensual and emotional register to the things that you’re thinking about and looking at.”

Sure enough, here comes a shift in visual and emotional register: a pair of legs pops up on the upper screen as the tempo increases: wearing white stilettos, these shapely legs are seen from the knee down, stamping around in darkness, only the white footwear glowing. But each time these legs reappear, the lighting is increased to reveal that they are covered in thick, black hairs: are they men’s legs, or hairy feminist legs? Possibly the latter; as Price’s fictional narrative concludes, we are told these ties – formerly phallic symbols of male privilege - have been reinvented as feminist icons, their length symbolising the long memories of these data-embedded workers; they are colloquially known as longue-tongues, or felt tips. 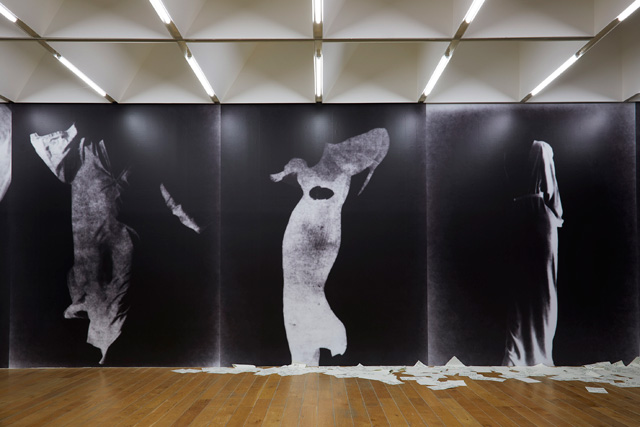 The trouble with this complex and layered – and undoubtedly very clever - narrative is that the timelines are unclear, the hierarchies uncertain, the narrative so bizarre and blurred in its shifts from real to fictional. Price says she keeps her films deliberately short in order to allow viewers time to see them twice – first to pick up the narrative; the second time to allow all the layers of imagery and associations to percolate. Felt Tip is admirably short, at just over seven minutes. But I had to wait until the third viewing before the layers began to mesh into greater coherence. Price may have delved so deep into her research, woven so many real and fictional strands into it, that clarity has been compromised.

Felt Tip is part of a trilogy (the last part to be unveiled later this year at a solo show at Manchester’s Whitworth Gallery), which Price has been working on over the past couple of years. She has focused her investigations on the 70s and 80s, a point of major change in both white-collar and blue-collar work.

Felt Tip clearly engages with the former. Kohl, the adjacent work, is distinctively blue-collar and – to my mind – the more successful of the two in its marriage of visual and verbal ingredients. The imagery of industrial era decline combines with horror-movie atmospherics to powerful effect. (Apparently Kohl has been edited down from the version shown when these two works were premiered, at the Walker Art Center in Minneapolis in 2018.)

This four-channel work is synchronised across four horizontally placed screens. At the top of the screens, ghostly, negative images of real disused coal mines click on and off, upside down, accompanied by what sounds like a light switch. The lower half of the screen is drenched in Magic Marker/felt-tip colourings of green, blue, pink and purple (the same colours used to flag up the different narrators in Felt Tip). There is no voiced narrative this time. Just a distinctive, smudged black typeface reminiscent of manual typewriter keys – or is it an early personal computer – which scuttles across the base of each screen. The sound of the keys is occasionally, creepily, like the scurrying of sharp-clawed insects across a desk or ceiling, which suits the dark mood of the script, which announces that spectral energies or entities, called “Visitants”, have been known to “seep out of the foundations” of car parks, abandoned mines, wine cellars and basement gyms, “bubbling up, like inky spit. Slowly at first, then quick, just like the groundwater did when it returned to the coal mines as they closed them all down.” Then the story shifts to the way the deep, coal-mining tunnels used to be used for singing and sending messages - miners exploiting the acoustics of these criss-crossing underground passageways to create their own, celebratory space, an instrument, resonating like “one big, wet, grid”. The title Kohl apparently represents this inky, coal-infused liquid, as well as the coal that was once excavated there.

Kohl combines motion-capture, CGI and actual photography, loaned by the National Coal Mining Museum for England, Wakefield, of real mine heads taken by Albert Walker during the greatest period of mine abandonment in the UK - the late 70s and 80s, of course.

Undoubtedly, the more time you spend pondering and looking at these films, the more they yield. Cédric Fauq, curator, says: “I watched (Felt Tip) 50 times. Still some associations appear to me anew. But you are drawn to it because it’s so beautiful.” He eagerly anticipates the unveiling of the third work in the trilogy, which he says is called Teachers – about the ownership and dissemination of knowledge.

Discussing these works, Price told Apollo magazine in February 2019: “I’m interested in the sense of the digital, not as a radically new kind of experience of the world and images, but actually this quite dirty, confused, mixed-up realm, in which everything washes up, a promiscuous space of many, many different kinds of things.” 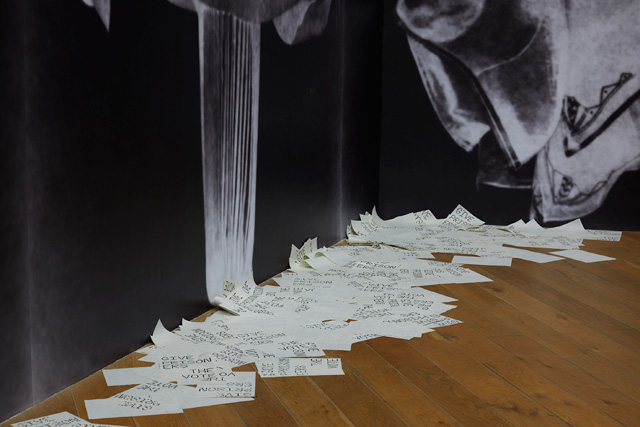 But it is with a wholly analogue art form that Price fills the room before this screening space: a site-specific work, Governing Bodies (2019) comprises a series of floor-to-ceiling ghostly images, fly-posted across every wall. These are pinhole photographs Price has made by manipulating images sourced from glossy magazines of the 70s. Devoid of bodies, only the distorted, bleached-out dresses remain, hovering, voiceless, suspended. This room is divided by a zigzagging grid of black columns. At the foot of the columns – and all around the room’s perimeter – are strewn posters bearing the words: “Give prisoners the vote.” No matter how I prod or examine these words and images and setting, from however many different perspectives, they remain a jarring non sequitur. Seemingly that’s fine with Price. The slogan, she says, “has an enigmatic and elliptical relation to the images. You don't need to ‘read’ it in a deliberative way, but simply to see it.”

• Price will be showing the whole Slow Dans trilogy at a major retrospective at the Whitworth, Manchester, in autumn 2019. 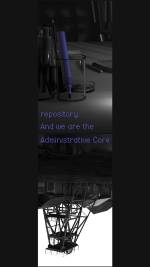 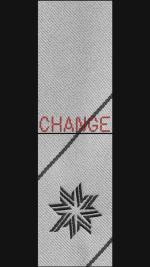