When Marcel Duchamp met Francis Picabia in September 1911, it was the start of a friendship that would last until the latter's death in 1953. Their relationship, together with Duchamp's close friendship with another artist, the American Man Ray, forms the basis of an extensive exhibition tracing the flow of influences and ideas between three anarchic figureheads of twentieth century art.

The central figure here is really Duchamp, and moving through the exhibition, the course of art history seems to swing through the hinges of his most significant works. The first of these is Nude Descending a Staircase, No.2 (1912), which took cubism's multiple but static perspectives and animated them, applying them to an analysis of movement: numerous exposures of time folded one on top of the next, flickering with the promise of cinema. The painting was treated with suspicion by cubists in the Salon des Indépendents, and garnered strong reactions and a certain notoriety in America when it was exhibited in 1913. Indeed, Man Ray claimed it took him six months to come to terms with it and paint again.1

The rooms in this exhibition are organised thematically and so clustering around this work are others that share its preoccupation with movement, or else the transgressive frisson that the painting held by virtue of putting a nude in motion - no longer conventionally reclining or standing, but walking, and descending at that. So a naked body moves from the bedroom to the drawing room, or from the artist's studio to the kitchen, cheekily traversing the domestic gradient that situated 'private' above 'public' and the 'downstairs' of household employment.

By this point, the exhibition has moved through a few examples of the artists' comparatively placid early works (the earliest by Picabia is dated 1910, by which time he was 30 years old and known as a painter of impressionist landscapes), and into the realm of the convention shaking. It is perhaps a measure of modernism's sway that today certain themes seem to embody the spirit of the age, rather than cut across it. One of these is Duchamp and Picabia's obsession with machines, and particularly the substitution of body parts with machine parts.

On one level, the circuits and cogs of Picabia's Mechanomorphic Drawings (1919) are simply censorfoiling material for innuendo. Other works are more complex, such as Daughter Born without a Mother (1916-17). The title is a phrase meaning an object designed without a prototype, and draws on the casual linguistic association of machines and women, which makes objects such as cars and locomotives female, in both French and English ('they make these curious little firehorses all mares,'2 wrote Fanny Kemble in 1830, after her trip on George Stephenson's engine.) The painting itself reinforces rather than subverts this formulation, with a technical drawing of a steam engine's wheel and piston on a gold background recalling the halo and gilding of icons of the Virgin, born according to Catholic doctrine without Original Sin, and so a second Eve.

Picabia's painting simultaneously elevates machines and punctures piety, but a much darker psychology is explored in Duchamp's Bride and Passage from Virgin to Bride (both 1912). These paintings open up and anatomise their female subjects in a way that is profoundly disturbing, offering their inner workings and viscera to a biomechanical worldview that is nihilistic and reductive. It is not fanciful to see in these, as in later art of the Machine Age, a prefiguration of the cataclysmic meeting of organic and inorganic in two World Wars.

Archmachinist Marinetti may have declared that war was the only hygiene of the world, but the potential sterility of such mechanistic hygiene is indicated in a work on glass by Man Ray, Danger/Dancer 1920 (c.1920), whose interlaced cogs are jammed in triplets, unable to turn. The sense of frustrated desire in this work links it thematically to another Duchampian showstopper, The Bride Stripped Bare by her Bachelors, Even (also known as the Large Glass). The history of this particular incarnation of Duchamp's influential work is interesting to trace: it is a replica made by Richard Hamilton for the last Duchamp retrospective at the Tate in 1966, with the lower glass panel broken and remade in 1985. The original was made between 1915-23, and incorporated imagery from older works and studies including Chocolate Grinder, No. 1 (1913) and Draft Pistons (1914).

The gradual removal of the artist's hand from the work and an interest in the potential of glass as a material and medium mark other works in this room, including Man Ray's cliché verre pieces, made by scratching through an inkpainted plate laid over photosensitive paper to produce a lightbased etching. Another arresting work by Man Ray is the photograph Elevage de Poussière (Dust Breeding) (1920), which transformed the asyet unfinished lower half of Duchamp's Large Glass into a strange dustballed landscape, highlighting the American's mastery of photography as more than a method of recording his own and his friends' paintings.

The thematic organisation of this exhibition leads naturally from the use of industrial materials to an interest in massproduced objects (and later, from photography to cinema), so the next room is dedicated to Duchamp's readymades and Man Ray's objects of affection, with Fountain (1917) given pride of place. Once again, the sense of a turning point is palpable. On reflection, this is a strange and complex sensation to experience: after all, what a visitor to the Tate in 2008 is looking at is a replica Fountain made in 1964, nearly 50 years after its precursor was submitted to the Society of Independent Artists, and since that time reproduced and discussed in countless books and foundation courses. It is difficult to feel that this particular signed urinal is special, and this of course is part of the point. Duchamp may have been wary of making too many readymades, but he was happy to reproduce the ones he did make over and over. This was a move made possible, even necessary, by the comingofage of mechanical reproduction. As Picabia's La Veuve Joyeuse (1921) indicated, art was by now a 'merry widow' freed of the burden of representation by photography; Duchamp took this further with the readymades and freed art from the artist's body. The snow shovel, the bottle washer, the urinal: conceptual art starts with these. They are not purely immaterial works, reliant as they are on labour and mechanised production, but they represent the first definitive uncoupling of the brain and the hand in the process of the production of art. Even photography, by comparison, is a manual affair.

Ranged along the opposite sides of the room to Duchamp's exercises in idealism, Man Ray's takes on the readymade make a nice contrast. Where the former worked by isolating and recontextualising objects, the latter worked by combining them in juxtaposition. This throws the emphasis back onto the materiality of the things themselves (something like the relationship between poetry and its constituent words), and opens the door of surrealism. Famous works (or their 'authorised' replicas) here include Cadeau (replica, 1972), L'Enigme d'Isidore Ducasse (replica, 1971) and Indestructible Object (1963).

As the exhibition progresses, it highlights the differences as well as the congruities in these artists' oeuvres. Where Man Ray sought to free himself from the 'sticky medium' of paint, working directly with light on photographic paper to produce his rayographs, Picabia moved towards an ironically grand painterly style, informed equally by Dadaist collage and classicism, in his Transparencies series. Their continued friendship is stressed, however, in rooms given over to their shared enjoyment of chess, to the letters and photographs they sent to each other, and to the magazines to which they contributed.

Another room draws out their shared obsession with the erotic, centring on a 2004 'virtual reproduction' of Duchamp's last work, the disturbing, voyeuristic tableau Etant donnés (194666). This preoccupation extends beyond this one room, with its kitsch nudes painted by Picabia in the 40s, to underpin much of the work in this exhibition. As Duchamp said in a 1959 radio interview, 'I thought the only excuse for doing anything is to introduce eroticism into life',3 and indeed, the female alterego whose name Duchamp often used was Rose Sélavy - Eros c'est la vie. This collision of punning and eroticism perhaps offers a clue to the particular attraction that such modes of intervention held, not only for Duchamp, but for Man Ray and Picabia too.

Puns and quibbles unfasten the rationality of the word, and reveal it in all its irrational chaos (this is why a pun is correctly offered with a sly grin, and accepted not with a laugh but a groan). Both eroticism and punning point to something in our being that is not 'proper', and so provide natural material for subverting the conventional. That these three artists managed to remake their art on such a regular basis over their long careers is remarkable; that their work has largely retained its subversive power over the years is even more so. 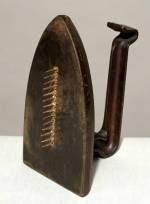 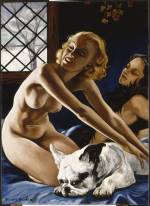 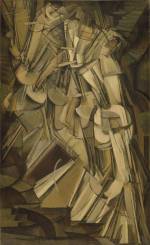