Diane Arbus: in the beginning

Diane Arbus: in the beginning

Burnished by a brilliant installation, this early work shows the storied American photographer already fully in control of the technique and vision that were to so greatly influence generations of artists to come 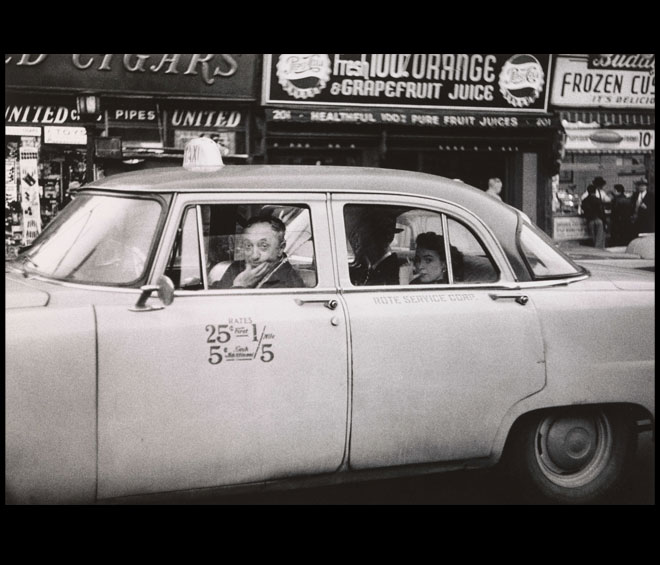 Diane Arbus. Taxicab driver at the wheel with two passengers, N.Y.C. 1956. © The Estate of Diane Arbus, LLC. All Rights Reserved.

Triumph is not too strong a word for the stunning photography show that has taken over Marcel Breuer’s second floor, and brought it to heel with the skill and panache of the lion tamers of yore. Word had got out of the meticulous care with which Jeff Rosenheim, the newly appointed photography curator in charge, had been preparing what all knew would constitute his make or break exhibition. But there had been no advance word on the installation, which, in light of the searing content of anticipated Diane Arbus material, had seemed of minimal import. Thus the thrill and disbelief that met those disgorged from the museum’s palatial elevators on opening night. Breaking apart photography’s conventional backdrop of uninterrupted white walls, grey vertical panels, each hung back and front with one work, march down the space in straight rows that zag on the diagonal like op art. Absent the early-days crowd, you navigate them at will (there is no designated beginning or end), lost in reverie as though meandering through shaded trees in a forest, and brought to a standstill when at intervals the lighting reformulates the panels into classical columns. Architects take note; even the dreaded Breuer ceiling, whose glory has vanquished many a contestant, has been tamed – harnessed to look like tracks built to slide the panels as needed, which is but a clever illusion, as all are bolted. The overarching effect allows the vintage photograph, by its modest size generally impacting only in a lineup, to command the specific attention given to a precious object that inhabits its own niche.

Sharing the credit is Sheena Wagstaff, of whom much has been expected since she was imported from Tate Modern London to put the Metropolitan Museum on the contemporary map; too much, it had appeared from the mixed reception to the gauntlet thrown down with Unfinished, her opening gambit at the Breuer, critiques for which, for the most part, confused mission with quality. The schadenfreude of Whitney die-hards and Met purists (the first displeased that their hallowed space had been usurped by an “interloper”, and the second in denial that a museum of traditional art must embrace art that will in turn become traditional) has proved premature. An installation that so creatively hoists photographs on to pedestals reserved for high art, as does this one, puts paid to the question of whether the Met should have taken over the Breuer.

To the art itself, no introduction is necessary. In the annals of fame and to the concerted culturati, Arbus (1923-71), like Mapplethorpe and Warhol, is a household name. As played out in her iconic works, all know her story – anxiety, obsession, depression, a prurient curiosity and death by her own hand at the age of 48. Mass proliferation has seared the cross-dressers, dwarves, contortionist, magician, sword swallower, Jewish giant, and squirm-making “freaks”, as Arbus herself called them, into the collective conscious. What distinguishes this exhibition is what you don’t know about Arbus. Here is a trove of more than 100 silver gelatin photographs that she made and printed between 1956 and 1962, most from the collection of the Arbus estate – some gifted, the rest promised, to the Metropolitan Museum by her daughters Doon and Amy. The greater part has not been shown until now and many, according to the Museum of Modern Art’s photography curator Quentin Bajac, have not even been seen before, including by him.

What is significant about these dates is that they mark the first work of Arbus as an independent artist. Coming off her apprenticeship to husband Allan Arbus as a commercial fashion photographer, and liberated by the astute instruction of the fearless Austrian émigré photographer Lisette Model, who alerted her to the camera as an “instrument of detection” and advised her not to shoot until “the subject hits you in the stomach”, Arbus stationed herself with a 35mm camera outside the last safety net of her privileged Manhattan childhood, the Bergdorf Goodman department store, and practised on upper-class passersby the skills of psychological analysis, lighting and positioning that were to serve her so well in the field.

And what a field she carved out for herself! Exhausting her wry takes on the rich and famous, Arbus moved to the fringe, searching out the deviant, the eccentric and the outcast. Photographing them in the streets, on the beaches, in dives and at home, costumed and stripped down, posed and off-guard, defiant and vulnerable, she established over a very short time her signature perverse solidarity with everyone “other”. On Coney Island, Arbus shot a man sunning in briefs, a straw hat, black socks and shoes; in Brooklyn, she shot street-gang lovers; on the street, a child shooting a toy gun; in a bar, a heavily tattooed man; backstage, a female impersonator; and from horror movies, morgues, and tacky wax museums, she built a portfolio of terror, morbidity and the bizarre. It soon becomes clear, though, as you move around these images in no particular order that each contributes to creating an overall atmosphere. You realise that although Arbus was controlling and not above directing a stance, stalking a subject of interest, or heightening an aberration, her manipulations were in the service, not of voyeurism or sensationalism, but of a single, unworldly, signature vision. Deviance alone would not have marked (Arbus was not the first to mine “weird” – there were August Sander and Bressaï) had it not been filtered through a completely original and forever disturbing inner empathy – “mystery” she called it – achieved on the paper with lighting (a fire swallower), blurring (fur fogged into smoke) and positioning (behind or uncomfortably close to the subject).

While it doesn’t announce Arbus as the eventual “American surrealist” – a pigeonhole categorisation I don’t think fully apt – the exhibition succeeds by the very inverse of its proposal. Positioned by its lower-case title as tentative – the first look at a technique as yet unresolved, the work impacts conversely, by revealing a world view that in 1956 had already clicked into place with the role of film marked #1 – sprung full blown, as it were, from under the skirts of la mode. So too, in the dozens of images so powerful that they remain with me still, did her craft. Zeroing in on the velvety blacks, the backlit confessionals, the backstage alienation, I was reminded of the Chuck Close diatribe against the prevailing zeitgeist of deskilled art – work produced ex-situ that is deliberately made to communicate no facility. The work of Arbus is its counterweight.

Less expected, and more instructive, is the overlooked moral element, buried like a time-bomb in these early photographs and now looking so prescient in that they reveal what Susan Sontag and her generation thought “repulsive” and “marginal” to be central to what our psychologically maturing era views as inborn; aberration, deviance and disruption as valued facets of the human condition. As such, a close viewing of this new material is an awakening. Admire the work of Arbus or not, you will not be unmoved by the skill and compassion, which, in service to what this American master perceived as “aristocratic” and “pioneering”, so artfully prefigures the new normal. 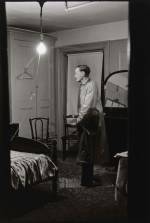 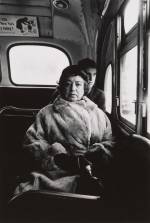 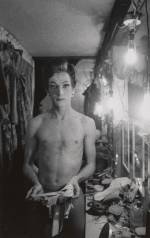 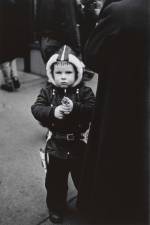 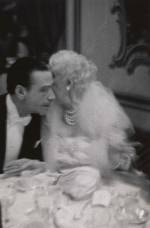 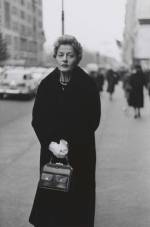 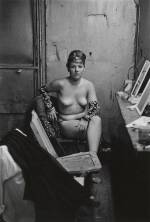 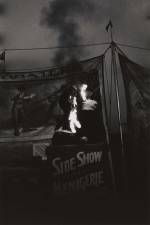