Designing for a Change

Designing for a Change

Design for the Other 90%, Smithsonian National Museum of Design, Cooper-Hewitt
4 May – 23 September 2007

Twenty-first century design and manufacturing power is at a historical high point, but most of the talent and money that goes into creating beautifully designed products caters to 10 percent of the world's population. Influenced by a collection of essays by British economist E. F. Schumacher published in 1973, some design professionals and students have worked to meet the needs and solve the problems of the other 90 percent.1 More recent efforts, though, are drawing attention because not only are the global village's needs more urgent than ever, but because the people behind the efforts have learned much from previous attempts and their own experiments. Whether the design are for implements to purify water and systems to provide electricity to remote areas, or an affordable laptop computer for poor children, the most successful are rooted in basic economics: If the designs result in products that are affordable, practical, efficient and capable of turning a profit for those who use them, then lives will change.

Cooper-Hewitt, the Smithsonian's National Design Museum, is showcasing a number of such designs in the museum's Arthur Ross Terrace and Garden, which can be seen by pedestrians walking up "museum mile" on New York's Fifth Avenue. Surrounded by luxury apartments and across from Central Park, where children who have everything they could need or want play and employees who are guaranteed healthcare insurance and stable incomes gather for lunch, the simple shelters, cooking vessels, water pumps and solar-power systems connect visitors with an experience few will witness in person. The thirty designs on view present a startling picture of the 90 percent of the world's population that cannot count on having enough food, clean water, shelter, healthcare and sanitation. For many of them, access to electricity and education is just a dream.

The show was organized by Cynthia E. Smith, traveling exhibitions manager for Cooper-Hewitt, along with an eight-member advisory council consisting of innovators in the field. In her introductory catalogue essay, architect Smith explains that her own life changed after 9/11. Along with colleagues from her office, Smith volunteered with Imagine New York, a regional association formed to gain public support for rebuilding lower Manhattan. Subsequently, Smith attended the Kennedy School of Government at Harvard University, and integrated political activism into her agenda for the future. When she returned to New York City, she met the current curatorial director of Cooper-Hewitt at that time, Barbara J. Bloemink, and the seeds for Design for the Other 90% were planted.2

Although many of the designs and products on view may seem basic on the surface, visitors will discover an impressive, perceptive intelligence behind them. The designers, engineers, architects, entrepreneurs, professors and students who have joined this growing "design revolution" have studied the parameters, pitfalls, obstacles and opportunities and discovered that simplicity is anything but simple. Schumacher's "buddhist economics" is as subtle and profound as buddhist philosophy and requires more than visual observation. Clarity, consciousness, reflection and revelation are needed to make products that address problems that resist solution. For example, Amy B. Smith, an instructor at Massachusetts Institute of Technology's Edgerton Center, has been working with her students to safely and economically meet energy needs in Haiti, where people rely on wood, charcoal and dung for cooking and heating.

Burning these materials causes widespread illness and death; in fact, more deaths in children between the ages of one and five are caused by respiratory illnesses, frequently from breathing in smoke from indoor cooking fires, than from malnutrition, malaria or diarrhea. Smith and her students developed the Fuel from the Fields project to find an environmentally sound way to produce clean-burning fuel at an affordable cost for people who live on as little as $2 a day. For less than $50, small farmers can start their own charcoal-making business with a modified 55-gallon oil drum. The drum is the simple part; the experimentation and determination of Smith and her students led to the "eureka" moment of using sugarcane residue, corncobs, millet stalks and other agricultural waste materials for the fuel. The process involved identifying an adequate binder for the resulting briquettes (cassava, also known as tapioca, a starchy root vegetable grown in developing countries). As it turns out, corncobs are even more promising as no binder is needed since the cobs remain stable when carbonized.

According to Smith, "The Fuel from the Fields project is a win-win situation: the charcoal is clean-burning, so it has a positive health impact; it does not require that trees be cut down; and it provides income for the family, either by saving money that would otherwise be spent on charcoal or by producing excess that can be sold in the market."3

Another simple but very effective solution to a perennial problem is the pot-in-pot cooler, which is based on the traditional earthenware pot. Developer Mohammed Bah Abba knew that such a pot could be used to cool and store drinking water, but he wondered if it could be used for other perishables. That question led to a pot-in-pot system in which a larger outer pot contains a smaller inner pot. To use the system, people put wet sand between the two vessels. When vegetables are stored in the smaller pot, they can last for much longer than when they are put in one pot only; for example, tomatoes last for approximately twenty-one days rather than two.

Involving users in the process of development accesses their own intelligence and creativity. According to Martin J. Fisher, executive director of KickStart International and a member of the exhibition advisory council, the poorest people in the world are among the most entrepreneurial.4 Fisher's checklist for successful designs incorporates what he has learned while developing the Moneymaker Hip Pump for irrigation of small plots and Moneymaker Block Press to make durable building blocks from soil mixed with cement. Fisher's principles include his belief that the poor do not need others to make their lives easier; they need a way to make money. They have time and can provide hours of labor, but they need inexpensive solutions that pay for themselves and begin to turn a profit in less than six months.

Sheila Kennedy's Leapfrog technology provides a vivid example of the astounding creativity of users when left on their own with the right tools. In her catalogue essay, Kennedy describes the Portable Light project, a renewable and distributed light system of self-contained units that combine the brightness of light-emitting diodes from pedestrian traffic signals; water-resistant tactile switches from dishwashers; and rechargeable batteries from cell phones. In this way, low-cost technology products became a source for a solution that could be purchased and used by a completely different market. A Portable Light pilot was conducted among the Wixarika (Huichol), semi-nomadic people in remote regions of the Mexican Sierra Madre Occidental. In a surprising turn of events, Huichol women weavers who were using the light system to weave at night started to make their own light-emitting textiles, using kits of Portable Light electronics, a loom and a weaving technique that is more than a thousand years old. Such items as a light-emitting bag are moving examples of how traditional peoples find ways to make sense of the new technologies, by building bridges between them and their traditions. Craftswomen can leave their personal, artistic and cultural stamps in designs that point to and celebrate their heritage.

Rooting themselves in the past may be important, but poor people in rural areas also need access to the global community. Designers are recognizing this need, particularly for children. Visitors will see an impressive manifestation of this recognition in the Internet Village Motoman, a program launched in Cambodia to serve fifteen solar-powered village schools, telemedicine clinics and the governor's office in Ratanakiri. Five Honda motorcycles are fitted with mobile access points and a satellite uplink. When the motorcycles visit schools, children have access to the Internet and email. When the motorcycles visit the clinics, held in remote areas by Operation Village Health, people have access to physicians in Boston, Massachusetts, who can review symptoms, x-rays and laboratory tests and recommend treatment.

Another Internet-based project has potential to reach even more young people living in rural villages. One Laptop Per Child (OLPC), a non-profit association developed by Nicholas Negroponte, founder and chairman of OLPC, and fuseproject designer Yves Béhar with Martin Schnitzer and Bret Recor, sets a goal of providing a specially designed $100 laptop computer as an educational tool to children in developing nations. The developers' intention is for governments to purchase the laptops and distribute them to schools. The target countries for an initial roll-out are Argentina, Brazil, Libya, Nigeria, Thailand and Uruguay. Negroponte champions children and their need for what he calls "a seamless experience, more book-like and more personal," which a laptop can give. "They are not little office workers," he says. "We have no interest in kids learning so-called IT. Our aim is for them to learn learning."5

A picture of a much larger movement and the excitement surrounding it arises from the thirty items on view at Cooper-Hewitt. From Mad Housers Huts (volunteer-built huts for the homeless in Canada and the U.S.) to IDE's low-cost irrigation system (used in India, Nepal, Zambia and Zimbabwe) and Basic Initiative's Solar Dish Kitchen (used in India and Mexico) to the Kinkajou Microfilm Projector and Portable Library developed by Design that Matters, Inc., (used in Mali and tested in Bangladesh, Benin and India), the designs displayed in the museum's gardens are an overview of what can be done when dedicated people make a commitment to the other 90 percent. To bring the lesson home to visitors from the U.S., the exhibit includes products from the Katrina Furniture Project/YouOrleans. In neighborhood Katrina Furniture Project workshops, church pews and other furniture is being made with debris left by Hurricane Katrina by those who lost homes in the disaster and volunteers.6

Those who are already working to reach people in developing nations will find much to ponder in the 144-page, full-color catalogue, a soft-cover volume printed on 100 percent recycled paper that includes essays by and interviews with professionals who have taken their designs into the field, worked alongside the people using their products, and learned that awareness at every level (physical, economic, social, psychological and personal) is critical to making products that support, then empower and, finally, dignify users.

Clearly, there is much to be done around the world, at home, wherever that may be, and abroad. Design for the Other 90% demonstrates that designers are leading the way with designs that, truly, are changing lives. 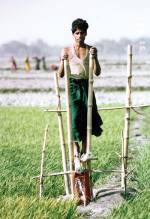 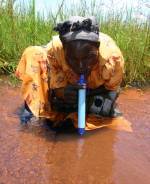 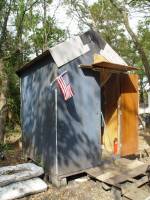 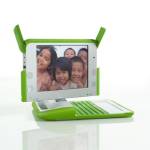 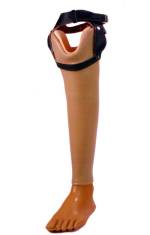