In the first major exhibition of David Hockney’s drawings for 20 years, a focus on just a handful of sitters amplifies the importance of drawing in a career that has sustained Hockney for more than half a century

The drawings in this exhibition span the entire career of artist David Hockney (b1937), from his time as a student at Bradford College of Art (1953-57) and the Royal College of Art (1959-62) to the most recent drawings made at the end of 2019. It is a sustained aspect of his artistic practice and its importance is amplified by the intense curatorial focus on just a handful of sitters – Hockney himself, his mother, Laura Hockney, and a few people close to him, textile designer Celia Birtwell, curator Gregory Evans and printmaker Maurice Payne. Returning repeatedly to these five subjects over a period of 50 years, Hockney’s art-school training in anatomy underpins his interest in portraiture. Regardless of the medium – pencil, chalk, ink or iPad – Hockney’s curiosity about the work and methods of earlier artists, such as Jean-Auguste-Dominique Ingres (1780–1867), Rembrandt van Rijn (1606-69), Vincent van Gogh (1853-90) and Henri Matisse (1869-1954), ripples through the entire exhibition in a kind of conversation with them.

Hockney is clear that he is not really interested in drawing a physical likeness of his sitter, although he does. He is more interested in the person: “I think the way I draw, the more I know and react to people, the more interesting the drawings will be.”1 This makes sense in relation to Hockney’s repeated return to already familiar sitters who are personally important to him. As a visual artist, he is inevitably interested in what is in front of him, but it is the person and something of his relationship with, and understanding of, that person that he is interested in conveying. These are, after all, psychological portraits as much as anything else.

This is especially so in Hockney’s portraits of his mother. He says of their relationship: “I always knew exactly where she was. If I wanted to have a chat with her, I could phone her and she would drop whatever she was doing to talk to me.”2 The artist, in a short film early in this exhibition, shares that closeness in intimate line drawings that appear among the pages of his sketchbooks. These are tender portraits of Hockney’s ageing mother sleeping or resting. Any sentimentality is tempered by the exquisite draughtsmanship and the presence alongside the film of bold, brightly coloured iPad self-portraits. Using the screen as a sketchbook, Hockney experimented with facial expressions, looking to the old masters, such as Rembrandt, for his inspiration.

Hockney’s use of the iPad and iPhone is not his first engagement with the use of different technologies in the pursuit of drawing. Twenty years ago, he was experimenting with the camera lucida, a small prism mounted at the end of a metal arm through which an image can be refracted, to produce small and accurate drawings. The drawings of Ingres had fascinated Hockney since he had first encountered them as an art student in Bradford in the 1950s. Then, in 1999, he made recurring visits to an exhibition of Ingres portraits at the National Gallery in London. As he scrutinised the exhibition catalogue, he began to wonder how Ingres might have achieved such precision and small scale in the drawings. His own experiments and investigations led Hockney to believe that Ingres must have used a camera lucida. He spent a year experimenting with one and produced hundreds of portraits. 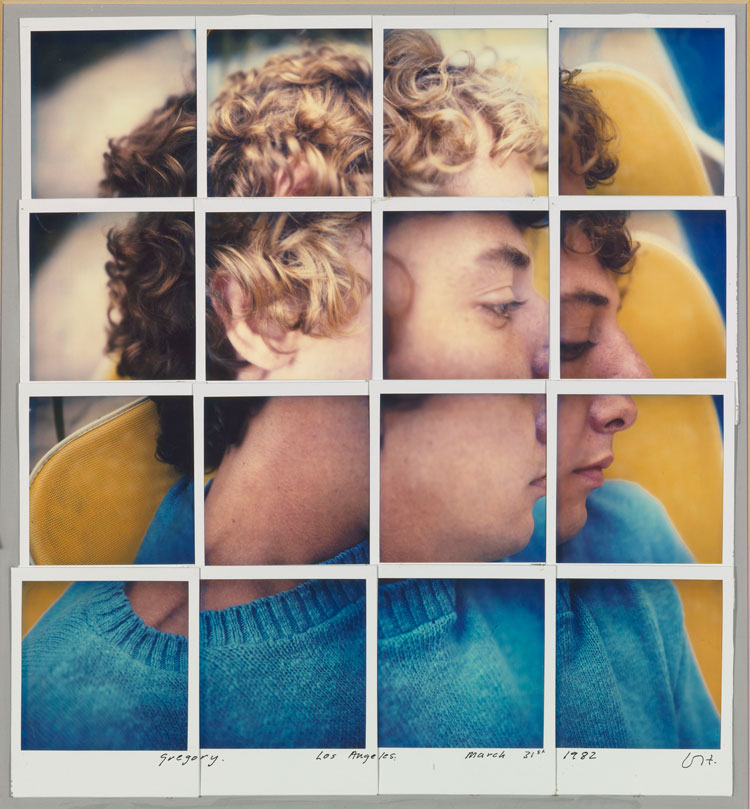 The camera lucida pencil portraits Hockney made of Payne, Birtwell and Evans in 1999 that appear in this exhibition are among the most psychologically intense on display. In these portraits, perhaps more than any of the others here, the sitters look back at us and we feel we know them.

While still a student at the Royal College of Art, Hockney’s attention was caught by the work of Pablo Picasso (1881-1973) and the 1960 Picasso retrospective at the Tate Gallery was to prove formative for the young Hockney. Critics applauded Picasso’s diverse means of expression at that time. In the exhibition’s catalogue, Roland Penrose is effusive in his praise. “No contemporary style, from surrealism or expressionism in their various forms to the most unemotional geometric abstraction, escapes his influence and in innumerable cases he is the prophet and the forerunner of new trends.”3

Picasso’s achievement and his eclectic mix of styles proved that an artist did not need to adhere to a single style to be successful. Two years later Hockney placed the idea of eclecticism at the centre of his thinking when he produced his Young Contemporaries exhibition of 1962, Demonstrations of Versatility. Hockney produced two prints to commemorate Picasso’s death, The Student (1973) and Artist and Model (1973), the composition of the latter borrowing from Picasso’s Vollard Suite (1930-7).

A profoundly personal understanding between his sitters, his viewers and himself is what Hockney is aiming for: “What an artist is trying to do for people is bring them closer to something, because, of course, art is about sharing; you wouldn’t be an artist unless you wanted to share an experience, a thought. I am constantly preoccupied with how to remove distance so that we can all come closer together, so that we can all begin to sense we are the same, we are one.”4 It is essentially about a shared sense of humanity.

What individuals share is often shown in exhibitions in the shape of archive material as further evidence of their relationships. In this exhibition, there is little ephemera – a postcard, an invitation to a fashion show, a supper invitation, a sketch – but it makes a valuable contribution nonetheless. 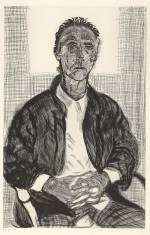