“And we should consider ever day lost on which we have not danced at least once.” Nietzsche

Paris in the springtime, more than any other city perhaps, compels its visitors and natives to dance – to live, move, fly, and leap, with Dionysian spirit and continental charm. Its buildings sparkle, the Sacré Coeur looms above spreading pale leaves, and Parisian teenagers kiss and smoke cigarettes in the parks. The city dances, in every way it might dance. And it’s that idea of dancing through various forms, new manners, and across various media, that inspires the Danser sa vie exhibition at the Pompidou this season.

More specifically, the show aims to show the crossovers between the visual arts and dance last century until today: the ways in which the painters learnt to dance, the ballet learnt abstraction, the one inspired the other. The exhibition proposes that it was dance, in Paris at the turn of the century especially, that lit up modernism, that inspired Matisse, Rodin, Yves Klein and others, to depict the human figure, and life, in the revolutionary ways they’re famous for.

Split into three main sections, and spreading out over many rooms of paintings, set designs, films of dancers and discreet performance artists, Danser sa vie is a brilliant celebration of its subjects, just as much as an important argument for the importance of dance for modern art, or dance as modern art.

“Look at Jasper Johns’ and Robert Rauschenberg’s painting. They use the canvas as I use the stage.” Merce Cunningham.

The works and performances are exhibited to be vibrant and exciting – to feed the passing audiences the energy and ecstasy of those original dancers, and also to communicate some of the atmosphere of the particular periods the show is concerned with. A large film of Isadora Duncan dancing naked, for example, just round the corner from Yves Klein directing his models to roll around in paint (next to the eventual product, those blue nudes) lets visitors enjoy and be dazzled by the glory of dance, and therefore helps the audience understand how and why artists were inspired by those performers. That infectious energy is transformed to exquisite drawings by Matisse such as La Danse, sculptures by Rodin and further explored later by choreographer-artists such as Robert Rauschenberg, Yvonne Rainer and Trisha Brown.

The common fascination of both the visual arts and dance is of course the human body – and Danser sa vie shows how dance, in becoming freer and more sensual at the turn of the century, and its involvement in Dada, was the key to visual artists depicting the body in new and liberating ways. Contorted, distorted, relaxed, in flux: the body in art became a way to express life in a freer, more honest manner. Life was embodied, tied into the physical, as never before. It was a break-through, a revolution in art that dance, in its own right, has rarely been given due credit for inspiring.

Danser sa vie is a pas de deux that leaves both partners transformed and enriched by the involvement of the other. A secret dance is now a public one. Danser sa vie lets the dancers take their bow, and the muses reunited with their artists, crossing both forms for the curtain call.

“My art is just an effort to express the truth of my being in gesture and movement… From the beginning, I have only danced my life.” Isadora Duncan.

Blue paint and lost limbs, ecstatic corpses in movement – dark paint and smudged life: in exhibiting dance with the visual arts, the Pompidou has made it easier for those interested in modernism to get to the heart of the energy and spirit that inspired the movement, the Dionysian spark that was expressed to infect all along, to give life with its reaction to the darkness it escaped. Once again, the Pompidou does more than just point people in the right direction, and house a great collection; it also lets its viewers experience the art, understand it, in making curation an art form in itself. 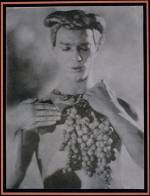 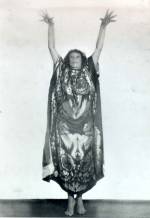 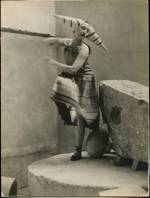 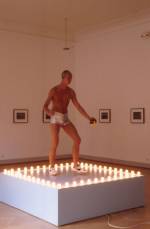 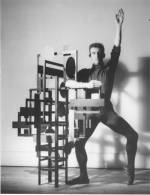