Cristina Iglesias – video interview: ‘I always felt I wanted to create places, places to be’

Cristina Iglesias – video interview: ‘I always felt I wanted to create places, places to be’

The Spanish artist discusses her fascination with geology and botany, how public sculpture assists in the creation of place, and the importance of remaining alive to nature in urban design

Cristina Iglesias (b1956, San Sebastián) is one of Spain’s foremost artists, a sculptor whose work in the last two decades has moved increasingly into the public realm. Her interventions and installations have grown in complexity and ambition as she has demonstrated her ability to provoke engagement with each site and its wider surroundings, and spark curiosity and debate around the role of nature – often via her use of “fictional vegetations” within her work - in the urban environment. 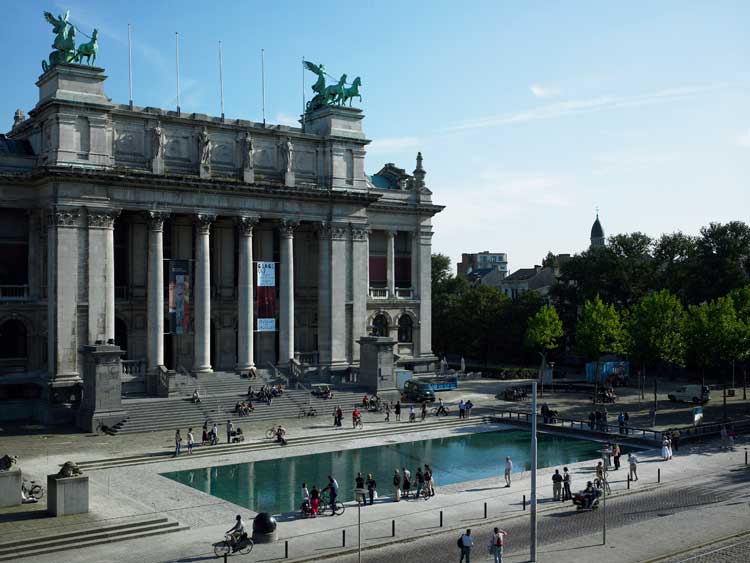 Since her unveiling of the dramatic pool over an abyss in Antwerp – Deep Fountain (2006), outside the Royal Museum of Fine Arts - she has been invited to collaborate with leading architects of the day, including Norman Foster, Rafael Moneo and Renzo Piano, with her pieces adding vital texture, movement and welcome, plus an unquestionable enrichment of the setting, whether natural or urban. The high esteem in which she is held by architects was signified in 2020 when she was awarded the Royal Academy Architecture Prize – a prize not usually given to non-architects. 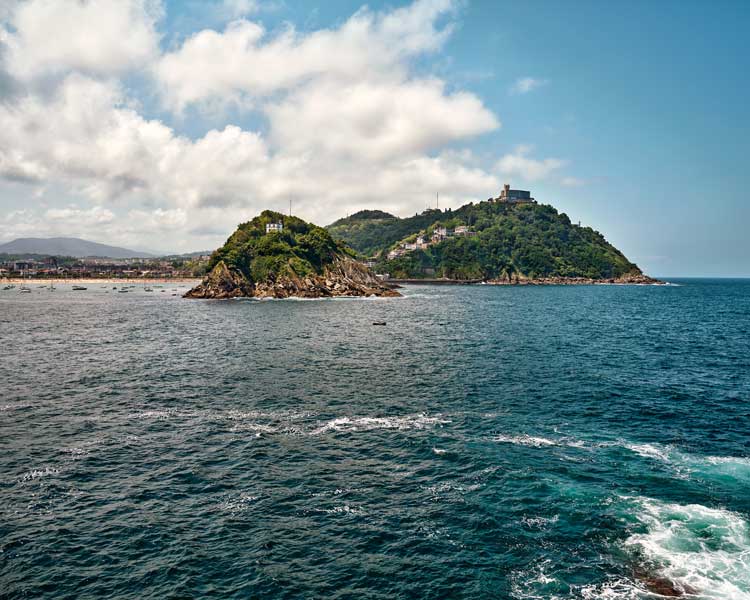 Two major commissions were completed in 2021: Sea Cave (Entrance), a bronze sculpture in Valletta, for Malta International Contemporary Art Space, and Hondalea, her most ambitious work to date in her hometown of Donostia San Sebastián. This project came about through an invitation from the city’s mayor in 2016 – while awarding her the highest honour for a citizen, the Golden Drum - to place one of her works in the city. For her site, she chose the derelict lighthouse on the uninhabited island of Santa Clara that sits in the middle of San Sebastián’s main bay. 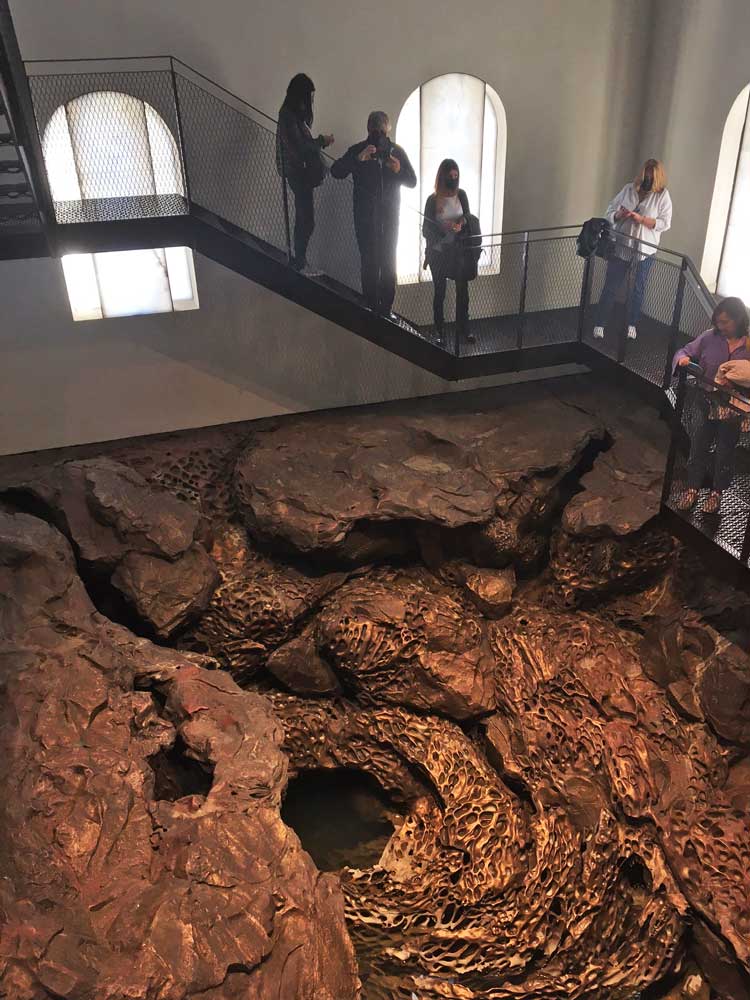 Hondalea is an entire sensory adventure, entailing a 10-minute ferry journey from the harbour towards the island and then a walk up a cobbled path, through wild vegetation, to the lighthouse which Iglesias has restored and transformed. When the front door opens, the floor falls away to reveal a bronze sculptural “abyss” whose contours echo the rock formations of the surrounding coast, and which fills regularly with a hyperreal sequence of freshwater wavelets. Ferries run to and from the island throughout the summer season. Thus, with this work, Iglesias has brought back into regular use a part of the city’s public space and enriched the connections locals have to a part of the landscape that had gone largely ignored for decades, while providing fresh vistas on to the region’s spectacular coastal landscape. 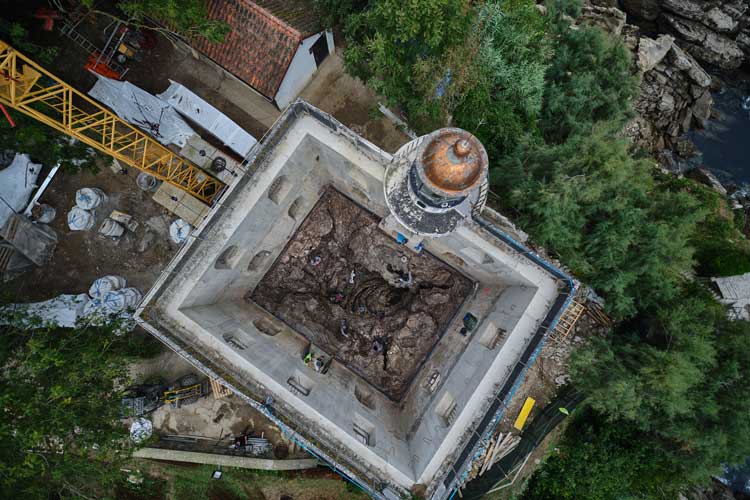 In the creation and location of her works, Iglesias usually considers the whole choreography - the journey through, around and away from the sculpture. In that way there is a kinetic aspect – albeit with human movement providing the shifts in perspective. However, by working with water, she also brings an engagement with time, making the movement of water around the piece part of the experience. As she says here of Deep Fountain (2006): “There was an interruption or the idea that from entering the museum (you have) a sense that the (fountain) is different when you come out than when you went in.” This encourages people “to contemplate it more carefully and more slowly … to slow down a bit.” 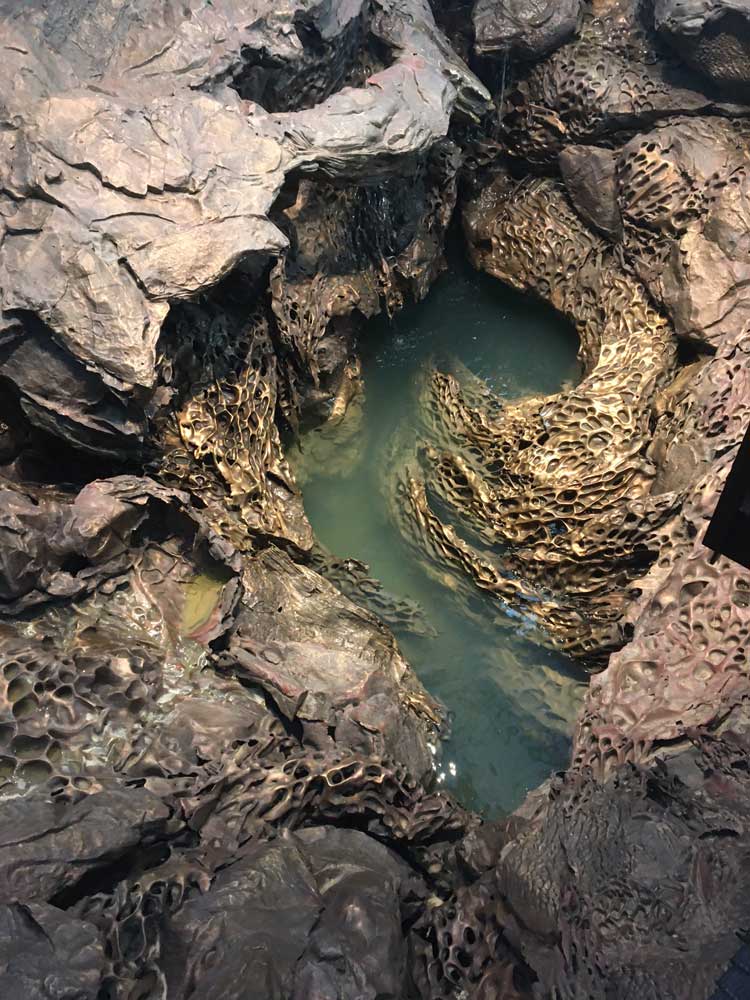 Her work was multidisciplinary and collaborative long before such methods became fashionable, and it ranges across diverse intellectual, academic and aesthetic territories, including geography, geology, marine conservation, engineering, art, urban intervention and architecture. She told the Royal Academy magazine in 2020: “I believe that it is in the poetic area of space where architecture and art relate.” The voids architecture creates are what she uses as platforms for her work.

To this end, her work sometimes explores entrances and passageways, such as the doors of Madrid’s Prado extension, created in collaboration with Moneo; or Towards the Sound of Wilderness, the bronze entrance overlooking the sea that she placed on the ramparts of Martello 4, in Folkestone, for the 2011 Triennial. She has placed porous and mysterious screened pavilions, both on land and under water (Estancias Sumergidas, 2010, Isla de Espíritu Santa, Mar de Cortes, Baja California, Mexico), to provoke new questions about the landscape surrounding us. Or sometimes, as she says here, she may “evoke a memory of landscape” such as 2017’s Forgotten Streams, inspired by the now hidden River Walbrook that once ran underneath Norman Foster’s Stirling Prize-winning Bloomberg Building. 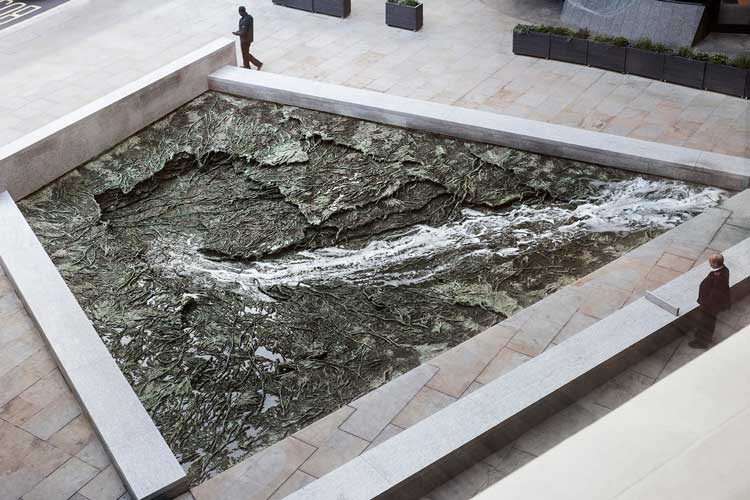 Among the many projects she is working on for 2022 is a new pavilion in the courtyard of the Royal Academy, London (June), and the commission for a sculpture in Madison Square Gardens, New York.

Iglesias studied chemical sciences for two years at her local Universidad del País Vasco (1976-78) before leaving to study ceramics and drawing in Barcelona. In 1980 she left Spain for London, to study Sculpture at Chelsea College of Art. Here she met her future husband Juan Muñoz (1953-2001), another of Spain’s foremost sculptors. She lives and works in Madrid. 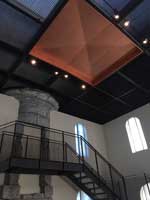 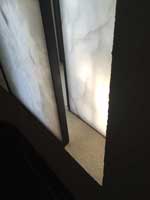 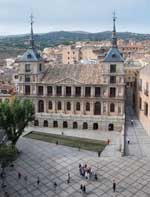