Charles Harrison – art historian, Art & Language collaborator, and sometime critic and curator – could at times seem forbiddingly dogmatic in his writings. At other moments, as often in Looking Back, his candour and humour are utterly disarming.

The book includes strong pronouncements on David Medalla (“The work was a load of junk, I felt, and still do” (78)), Arte Povera (“…a collection of large avant-garde jewellery” (117)), Willoughby Sharp (“I thought he was an idiot” (51)), the value of John Latham over Robert Rauschenberg (“He’s a much stronger artist” (38)), and writers such as Rosalind Krauss and Barbara Rose (“They’re very strange these American critics and academics. They publish a book and get their name around a bit and suddenly they behave as if they’re royalty” (83)). At the same time Harrison does not allow himself to escape judgement, from his need to abandon doctoral research in the mid 1960s (“I had no idea what I was doing – what research meant” (94)), early articles such as “A Very Abstract Context” (“a terrible article” (105)) and “Against Precedents” (“…awful. One of the most embarrassing things I ever published” (101)), to the eventual collapse of his short lived curatorial career (“the moment almost destroyed me. It put the mockers on my marriage, and God knows what. It was a most miserable episode” (44)).

The interviews for the most part cover Harrison’s role in the art world of the 1960s and 1970s: early “hapless” days at the Courtauld Institute, followed by recruitment to Studio International in 1966 as Assistant Editor, advocacy of post-high-Modernist artistic practices through a series of articles and exhibitions, and subsequent (early 1970s) disillusionment with his own role as critic and curator. Modest as Harrison is in Looking Back about its impact, this brief stint as curator was also taken up at Tate Britain, where a display focuses on his role in the five “ground breaking” exhibitions he helped organise: the London showing of When Attitudes Become Form (1969); Idea Structures (1970); July/August Exhibition (1970, an “exhibition” made up of a special issue of Studio International); Art as Idea from England (1971); and The British Avant Garde (1971).

The Tate display (Tate Britain, May 2012–March 2013), set around one room, combines projectors looping Harrison’s own photographs of the exhibitions with associated artworks, supplemented by exhibition ephemera from the archive arranged in display cabinets. The cabinets are each introduced with a quotation from the interviews, and in fact the pithy comments provided by the book make it something like required reading for anyone seriously interested in the display. Harrison repeatedly reminds the interviewers that there had not even been a showing of minimalist art in England before 1969, and that for a writer who had always wanted to find the avant-garde of his generation, the coming together of an international group of (albeit not entirely compatible) artists felt like a moment when “messianic” zeal in promotion was not just warranted but absolutely required. Taken together with his work for Studio International the exhibitions provided a showcase for artists not seen before in England, and amounted to an irreversible widening of the parameters of artistic practice in the country. The resulting shift in institutional strategies is proudly noted by the Tate display, which next to two works by Gilbert & George records that it began buying such examples of conceptual art in the early 1970s. (How Harrison would feel about that connection is less certain. The interviews show that he had not wanted to include Gilbert & George either in Attitudes or The British Avant Garde – “I never quite got into their work. Still don’t [sic]” (57).)

Taken together with the display, Looking Back provides a necessary counter to any overly triumphalist view of these events, particularly given Harrison’s own inclination to put “the analysis of curatorship fairly low on the list” of priorities (127). Though the importance of Attitudes is accepted, Harrison downplays his own role – “I wasn’t responsible for bringing the stuff to London. I just installed it and played the advocate” (134). Idea Structures emerges as “the only show I’ve ever done that I was satisfied with”, and that, as a result, was so austere and uncompromising that “I don’t think many people even noticed it” (148). (Harrison elsewhere reiterates that in writing just as in curating, he would tend to think of the work itself rather than the responses of any potential audience.) Most strikingly, The British Avant Garde is repeatedly said to be the point when Harrison realised that rather than providing the kind of autonomy needed to present the work as the artist would intend (his ideal), curating was instead “always ringed round with odious compromise”, leading to “a sort of betrayal of the work that I saw myself as responsible for” (123). After the series of problems with the latter show, including being “strong-armed” by Donald Karshan to include unwanted work, Harrison felt that he had seriously let down the group of artists he set out to champion; “That’s when I learned the curator’s life wasn’t for me” (144).

Partly as a consequence of his respect for works understood in light of the artists’ own attitudes towards them, Harrison also shows little patience with the phenomenon of artistic or “creative” curating that might be said to have sprung up with conceptual art (“I never liked the idea. Still don’t” (115)). This connects with the anxieties visible in the interviews about the later fate of art, with Harrison open about the possibility that the widening of the artistic field in the late 1960s brought with it some rather ambivalent tendencies. Asked about the “creative” convergence of curatorial activity with artmaking, Harrison admits that the kind of art brought to London in Attitudes may be “emancipatory or liberating” in allowing a wider range of people input into the creative process, but the negative case “is that, despite all the aims and claims to be democratising and liberating, the actual effect of that work was to extend the reach of management into art and into the creative process and to help usher in the kind of age we have now, where what you get is a form of collaboration between institution, creation and artist, leading to the management of public spectacle” (129). He notes that the show was an early instance of commercial sponsorship, and the press release, on display at the Tate, now makes ominous reading: “We at Phillip Morris feel it is appropriate that we participate in bringing these works to the attention of the public, for there is a key element in this “new art” which has its counterpart in the business world. That element is innovation – without which it would be impossible for pgrogress [sic] to be made in any segment of society”.

This fear helps make sense of Harrison’s continued commitment to certain modernist ideals, these being also a reminder that immediately prior to Attitudes he was involved as curator with the major 1969 Ben Nicholson retrospective at the Tate, and that Nicholson’s work remained a major presence in his writing.1 Revised notions of autonomy, disinterest, self-criticality, virtuality, and even plain quality should not be “thrown out with the bathwater” as he puts it at one point, for it is through these rather than just attention to the institutional structures of the art world and museum display that a crucial form of resistance to “management” can be found.2 At one point in the interviews Theodor Adorno is suggested as a source for these views, but Harrison denies any deep engagement. Instead, and as his later work shows, he seems to have had an increasing sense that he was initially too harsh on the intentions of high modernist writers, and that their ideas and legacy would best be carefully picked over rather than dispensed with wholesale.3

In this regard, conceptual art is taken less as a refutation of past practice and triumphant end game for art, than, contra Joseph Kosuth, a brief transition period on the way to something else. One is reminded that Art & Language, Harrison’s natural touchstone for the understanding of this evolution, explored painting once again from the later 1970s, and discovered, to their surprise, that the object “turned out to be something that was worth saving again” (206). Harrison’s late thinking, like that of Art & Language, thus involves opposition to easy and supposedly ineffective artistic strategies of “institutional critique”, and support instead for work that could “hold on to these distinctive traits of concentration and virtuality that art, and particularly painting, always stood for” (212).

These points might seem relatively unsurprising, even as they allow Harrison to simultaneously speak against formalist writing and claim that Michael Fried in the late 1960s was the last person to write good art criticism (211). What may be more interesting, and deserves a thorough treatment in itself, is the way Harrison’s own continuation of modernism now fits together with the subtly different versions of a number of writers who have turned back to the idea. To take just one telling example, one might ask to what degree the very things Harrison champions and for which Art & Language previously attacked the “Octoberists” – the continuation of the self-critical, self-contextualising practice of modernism over and against the misplaced ideals of institutional critique4 – parallel what now emerge as key tenets of the late thought of Rosalind Krauss; a writer reacting against the conceptual art legacy of Joseph Kosuth, “incited by over a decade of disgust at the spectacle of meretricious art called installation”, hoping to rekindle notions of medium and autonomy through the theme of “technical support”, and concerned with “those very few artists who have had the courage to resist the aneurystic purge of the visual, a purge meant to bury the practice of specific mediums under the opprobrium of a mindless moralizing against the grounds of art itself.”5

1. In particular it formed one of the motivations for the study that eventually arose from Harrison’s doctoral work, English Art and Modernism 1900-1939 (1981).

2. The phrase comes as part of a specific defence of virtuality (Looking Back, 234-236); the themes are covered in most detail in the interviews by Elena Crippa, and by Christopher Heuer and Matthew Jesse Jackson. Alex Potts stresses that Harrison’s notion of disinterest is very much a revised one, and characterizes him as ‘torn between what he sees as the value of an intellectually informed, and committed, formal analysis of art, and his acute awareness of the limits and ultimate bankruptcy of those modernist paradigms of aesthetic value, autonomy and disinterest that were promoted by the mid-twentieth-century art world’; Alex Potts, ‘Preface’, in Charles Harrison, Since 1950: Art and its Criticism, New Haven, 2009, viii, ix. Harrison addresses the matter most directly in the essay ‘Complexity and Disinterest’ in the same volume.

3. ‘It was always a mistake, I think, to conceive of Modernism as an ideology of art opposed to the interests of the working class. The real target of the modernist aesthetes, from the mid-nineteenth century to the mid-twentieth, was the rising commercial faction of their own bourgeois class’; Harrison, Since 1950, 226. See also his reflections on his earlier English Art and Modernism, ‘‘Englishness’ and ‘Modernism’ Revisited’, in the same volume. 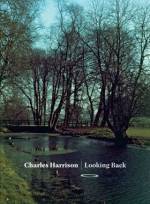 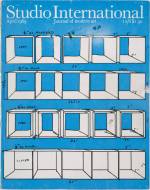 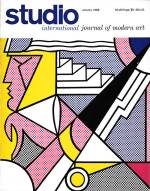 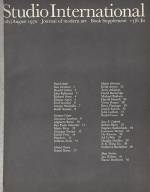 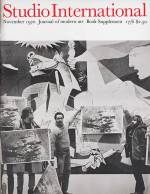