It is all too easy to forget about folk art in the UK, to dismiss it as purely decorative, twee, or even a thing of the past. So there is something hugely refreshing and daring about Tate Britain’s latest exhibition, which shines a spotlight on the vibrant, varied and democratic world of folk art: an art by the people, for the people. My only criticism is that this exhibition neglects to recognise that folk art is still thriving.

The British folk art on display is charming and intimate and, at times, downright bewildering. Divorced from fashionable influences and academic values, it shows little regard for art-market trends and fashions. The only familiar name is Alfred Wallis, a rag-and-bone man from St Ives in Cornwall, who was “discovered” by artists Ben Nicholson and Christopher Wood. Wallis became somewhat of an unwitting hero for British modernists and, as a result, his naive paintings of boats and harbours now fetch tens of thousands of pounds. Had it not been for his chance encounter with Nicholson and Wood, Wallis’s paintings would have disappeared into obscurity, as was undoubtedly the fate of many a self-taught maritime artist. Chances are, as the curators remind us, that there was a Wallis in every port.

With the exception of Wallis and the embroiderer Mary Linwood, whose needlework versions of masters’ paintings only later went out of fashion, folk art operated outside the realms of the art establishment. In 1768, the Royal Academy rather haughtily announced that “no needlework, artificial flowers, art paper, shell work, or any such baubles should be admitted” to its exhibitions. Such a statement may be regarded as a final barrier to women, who were denied formal training in the “high” arts of figurative and genre painting. But men, too, practised these “lesser” skills. Retired sailors and recovering soldiers took to the needle and thread to create hugely intricate quilts and woollen pictures. Couples, too, wiled away the hours together. A lively quilt made by a man and woman in the year before their wedding adds an intimate voice to the domestic chorus of gingerbread moulds and ornate pincushions.

Folk art had a commercial use, too. Due to high levels of illiteracy during the 17th and 18th century, businesses frequently advertised their wares with oversized signs and symbols. Strolling past giant models of a top hat, key and teapot, you could be forgiven for feeling as though you have just stepped into a Lewis Carroll book. These signs, of course, are large because they were made to be seen from a distance, but in a gallery setting their novel proportions are playful, like much of the work here. The curators are acutely aware of the fun in folk art; each wall of the exhibition is painted a bright colour.

Also on display are a number of huge figureheads, salvaged from monumental ships, the most impressive of which takes the form of a moustachioed Indian gentleman who surveys the gallery with a wide uncompromising stare. Standing at around four metres tall he was made for the HMS Calcutta in 1831. Figureheads were not purely ornamental – they were also symbolic guardians or lucky charms on the perilous high seas, and were often the only piece of a wooden vessel to survive. When the HMS Calcutta was sent to the ship breakers yard, its figurehead was salvaged and gifted to a retiring admiral.

You might expect quilts, trade signs and even figureheads in an exhibition of folk art, but things take a strange turn with a cabinet containing “God in a bottle”. The mysterious item in question also known as a “whimsy”, “patience” or “puzzle bottle” comprises wooden crosses and various other objects, suspended in liquid. Made by Irish immigrants in the north of England, they formed a whole genre in their own right, but their purpose remains a mystery. There is an air of the pickled curiosity about them that verges on creepy. And for anyone who has seen the 1973 film The Wicker Man, an item displayed a few feet away will prove no less unsettling. A life-size straw representation of King Alfred was, surprisingly, commissioned by Oxford University for its commemoration ball of 1961. My favourite piece, though, has to be a cockerel crafted from tiny, wafer-thin flakes of bone. Its maker, a French prisoner of war, held near Peterborough sometime between 1797-1814, must have been resourceful and highly skilled, proving, if proof were needed, that folk art is more than just the rustic whittlings of self-taught bumpkins.

The penultimate room displays pieces that the curators have singled out for their abstract tendencies. Although the point isn’t laboured, it still feels like unnecessary over-curation in an otherwise sympathetically realised exhibition. A small nod to the continuing production of folk art would also have been welcome. As it is, visitors could be forgiven for thinking that folk art is a curious relic of the past, when, in fact, by its very nature, it continues to thrive in both traditional and moderns guises and largely under the radar of the art establishment. The last room displays photographs of parades and local festivals that remind us folk art is also a community pursuit, as much about performance and entertainment as it is about personal eccentricity. This exhibition could easily be double the size, and still have plenty left to say, a point that the curators acknowledge. Instead, we are left wanting more and that is no bad thing. 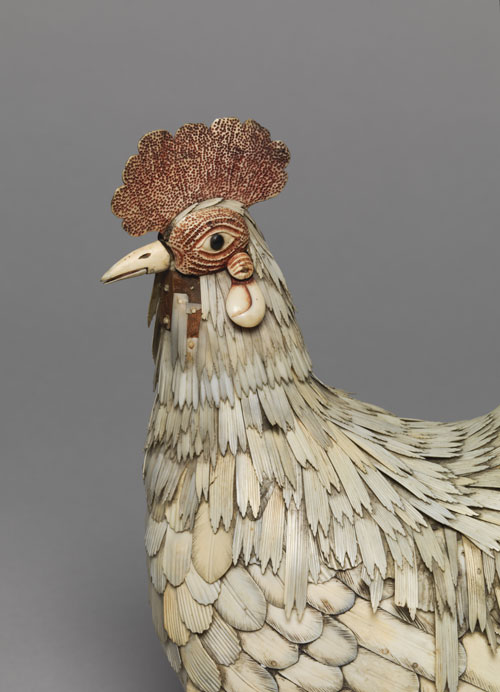 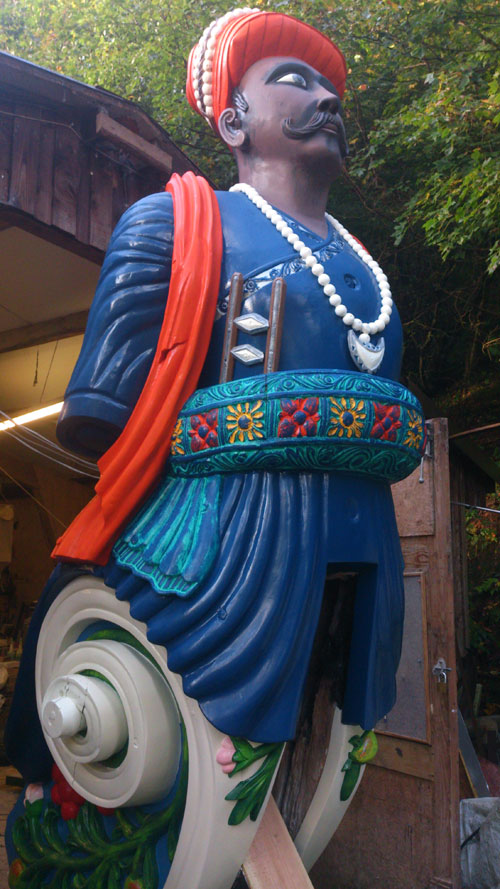 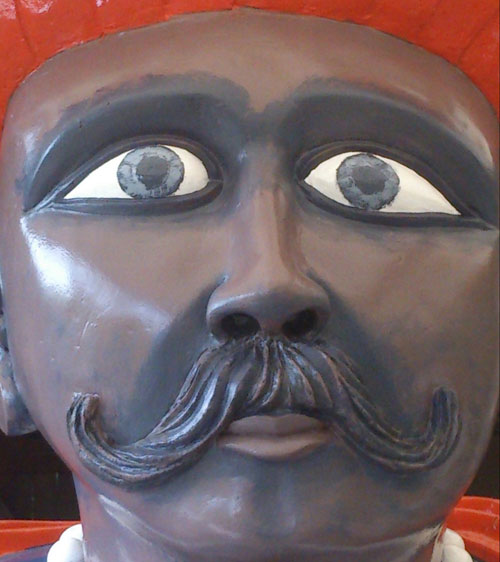 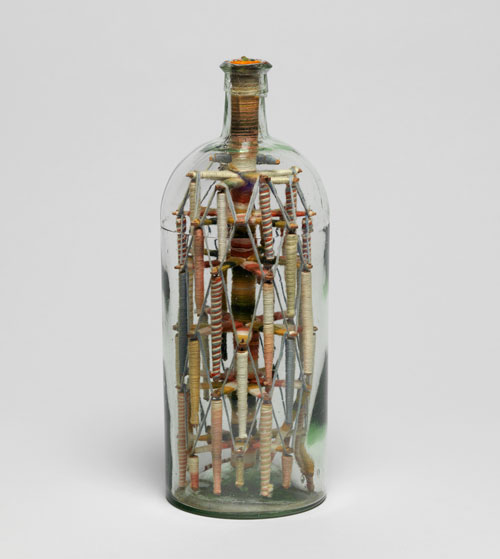 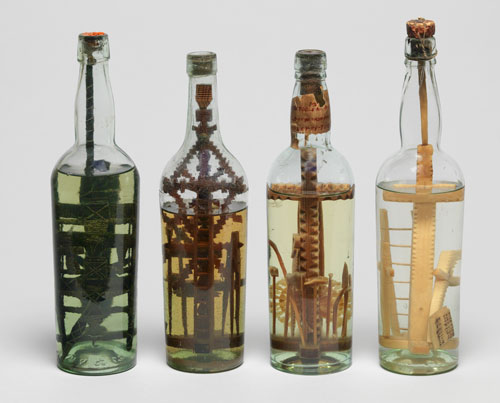 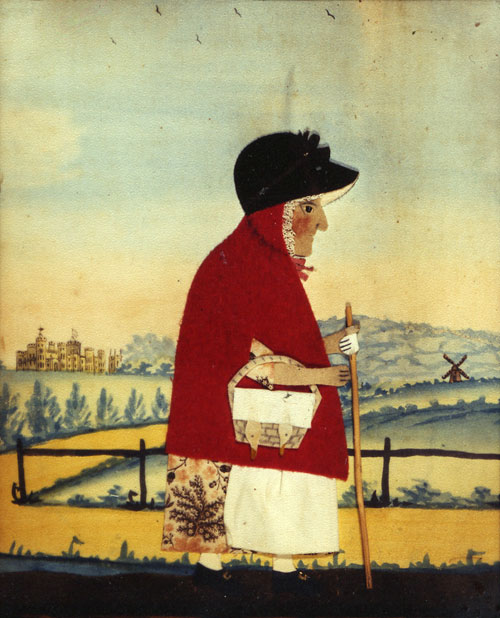 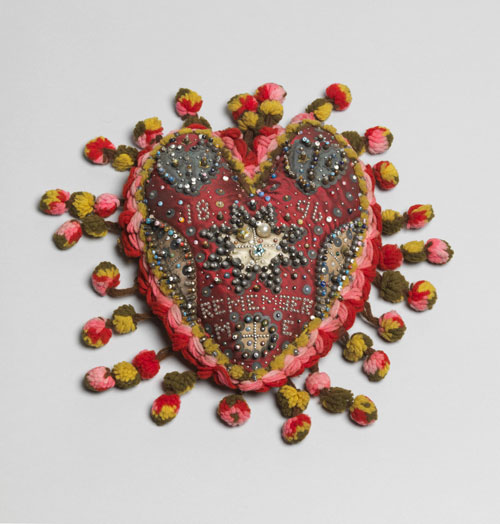 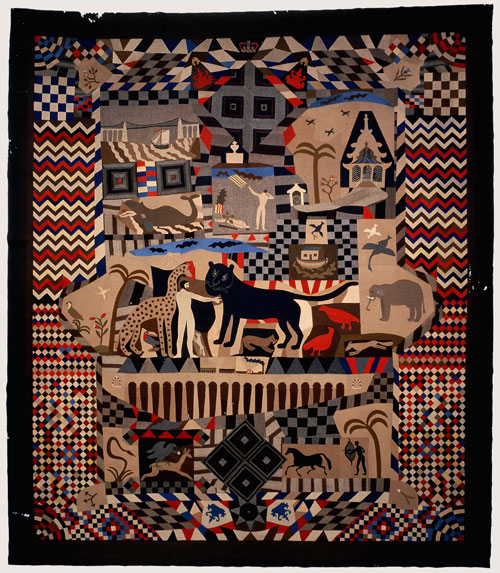