This sumptuous volume from the Getty Research Institute forms a landmark event in the history and documentation of video. It is all too easy to say ‘it would, wouldn’t it’: notwithstanding the very substantial funds allocated to the project by the Trustees. The major exhibition mounted there, California Video, has really established both the primacy, in numerous ways, but also the paramount importance of the Institute itself in this field. The transfer of the Long Beach Museum of Art Archive to the Getty Institute was fortuitous.

It is now being catalogued and assiduously restored to enable it to be fully accessible to artists, academics, and scholars. Accordingly this exhibition and the attached catalogue comprise not only a landmark event but also a triumph. There was a period in the early history of video, as Professor Steve Partridge, the doyen of British video relates when East Coast US rivalry was not all that benign.1 In his own 2008 Catalogue ‘Rewind: Artists’ Video in the 70s and 80s’ he refers to the antagonism of leading New York critics. Even Fredrick Jameson attempted to downgrade video as 'all post-modern pastiche.' Long Beach Museum of Art had it right all the way, however somewhat mirrored,  'in the silence of the mainstream critics.”'

The Long Beach Museum of Art provided emergent video artists with introductions and support to enable their work to get published as early as the l970s. California soon saw a burgeoning range of video material ready to be widely debated by critics in art journals. Even though Europe and East Coast USA had experienced this from the 1960s, California initially came slightly late to this Atlantic concourse of the bewildered. Then the newly established Long Beach Museum of Art video programme became a vital catalyst. This was the period when such famous artists as John Baldessari, Allan Kaprow, Chris Burden, and Nam June Paik took the lead in their different directions (they also helped form the core of the museum’s irreplaceable early video collection). Curator Nancy Drew had by now established fruitful links with New York artists and was able to override the still bristling opposition expressed by Long Beach local ’cognoscenti’. Then by 1980 the Long Beach Museum of Art gained full international recognition at last. The first ‘California Video’ show included 17 artists, and took place as the official US submission at the Venice Biennale.

Studio International was represented strongly in this mid-term development with a two-page article (in facsimile here in the catalogue) on Wolfgang Stoerchle, by Miles Varner.2 Stoerchle was a German video artist who died tragically aged 32 in a car accident. Stoerchle had joined, at CalArts, Kaprow, Baldessari, and Nam June Paik just at a crucial moment. He later moved to Santa Fe, but not before completing pioneering work; fortunately a rich archive of his work survives.3

Stoerchle had been one of the first group of video artists in the Faculty of the California Institute of the Arts (CalArts) supported by funding from Walt Disney. Others included at this time were Allan Kaprow, Nam June Paik, Alison Knowles and Roy Shuya Abe. So developed a decade of experimentation. As Glenn Phillips, the book’s Editor describes it, 'this was a mass experiment by multiple generations of students and teachers,' which could only from a distance enviously be scanned from Britain. This interest in video art and its possibilities spread like a bush fire across Southern California. It seemed like a medium, truly purpose -made for the West Coast culture there. From the most rudimentary tools such as the ubiquitous Portapak plus monitor, the equipment became more sophisticated as market demand accelerated. Wolfgang Stoerchle himself, now teaching at CalArts, pioneered moves that transformed technical/camera shortcomings, into actual advantages. While his own body became his primary subject material, his more formal innovations grew on this virtually as related side effects.

Fortunately Studio International’s Editor at the time, Richard Cork, was quick to realise the full significance of video as a medium in art. He also recognised in particular, Stoerchle’s true worth and Miles Varner’s article was placed in pole position, in that issue, consolidating both his teaching and experimental role and its premiation of process, per se. Catherine Taft here raises the question of the mythology that emerged and grew rapidly around the dead artist (not unlike that which follows land artist Robert Smithson even today). Stoerchle’s horse ride from Toronto to Los Angeles (his point of arrival) merely embellished his creative reputation.

Significant in the subsequent galaxy of talent from Long Beach was of course Bill Viola. As Pauline Stakelon aptly describes here, 'Viola came to understand that video was an electronic circuit independent of any external reality, a realisation that led him to refocus his attention on his viewer’s perception.' There are some sixty specific artist entries in this book, plus essential descriptive critiques, all of which combine to establish not only a vital landmark documentation for the art, but also form a timely commemoration in history of this vital American-grown genre, from its raw beginnings. 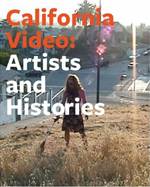