Walker scours archives for images on which to base her drawings of black soldiers. She talks here as she creates a wall drawing for the show Protest and Remembrance at Alan Cristea

Barbara Walker (b1964, Birmingham) describes herself as a “scavenger” for information. She typically works on topics that are new to her, whereby she is learning and being stimulated. For this seven-year (to date) project, looking at the contribution of black soldiers to British war efforts – from the first world war to the recent and contemporary wars in Iraq and Afghanistan – she has spent time in archives, ranging from the Imperial War Museums to the US Congress, and even on eBay. 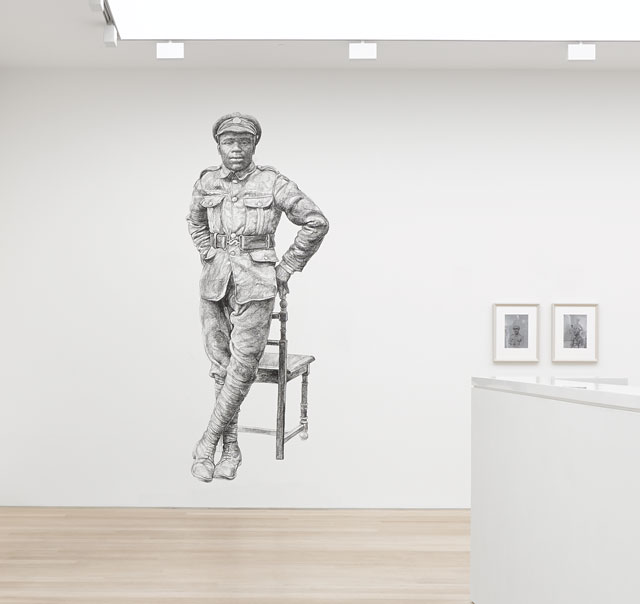 Although the soldiers she draws are unknown to her, she feels they become like her children, and she gets to know them over time. Her works vary in scale, from small, often embossed pieces, to larger-than-life wall drawings. These latter are washed off at the end of the exhibition and live on only in photographs and, most importantly, people’s memories. Walker uses simple materials and methods, and her goal is to seduce the audience, and give the anonymous soldiers power: claiming a space for them and giving them a voice. Studio International spoke to Walker while she worked on her wall drawing for the exhibition. 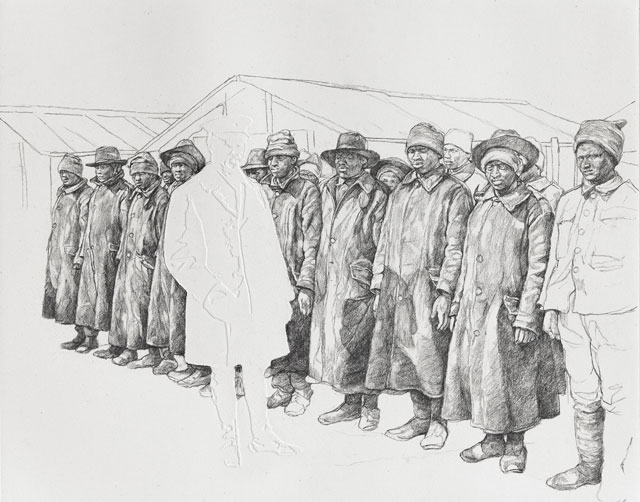 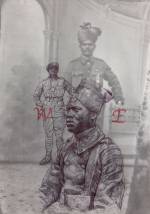 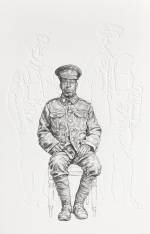 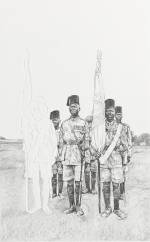