Barbara Hepworth is seen as one of the most important figures in the development of abstract art in Britain. Yet, as Tate Britain’s retrospective shows, she was an international figure, who cultivated an idealist language of expression that still has resonance

Barbara Hepworth (1903-1975) was one of Britain’s most important sculptors of abstract forms. She is widely connected with the landscape of St Ives, in Cornwall, where she carved out her niche amid the sea and sand. Yet she was not only a key English sculptor in her time, but also a leading figure on the international stage, as revealed in this, the first Hepworth retrospective in London since 1968. It is a fine exhibition, featuring many of her most important works, and showing her oeuvre in a new light, with its emphasis on the European networks in which she participated in the mid-20th century. The show has been curated by the outgoing director of Tate Britain, Penelope Curtis, lead curator, modern British art and head of displays, Chris Stephens, and assistant curator Inga Fraser with Sophie Bowness, the artist’s granddaughter. The design is quiet and elegant, with sky-blue walls and black-and-white text panels, in harmony with the beauty of the artist’s oeuvre.

Hepworth was born in Yorkshire and trained at the Leeds School of Art, where she became a friend of the great sculptor Henry Moore, before attending the Royal College of Art in London. The exhibition starts by looking at the importance of this friendship. Set on diagonals, Henry Moore’s Seated Girl (1931) and Hepworth’s Musician (1929-30) suggest a conversation between the teacher and student, as she cultivated a quasi-naturalistic approach in her early career. The peaceful sculpture Doves (Group) (1927) is a nod to Moore’s work of the same title, and presents a delicate contrast to the hard-edged Doves (1914-15) by Jacob Epstein. Epstein pioneered a technique called direct carving, which influenced Moore and his contemporaries. This may be seen in the group of animals in a protective glass case, including pieces by Hepworth’s first husband, the sculptor John Skeaping, such as Buffalo (1930) on lapis-lazuli stone. As a counterpoint, the room also features works by lesser-known female sculptors, such as Elsie Marian Henderson and Ursula Edgcumbe.

Stephens says: “We wanted there to be less familiar works and combinations of works for those more versed in Hepworth. We also set out conscious that Hepworth had become strongly associated with the landscapes of Cornwall and Yorkshire, and wanted to remind people that, in her time, she was a major international figure. We also wanted to show her work in a variety of contexts, both because she was conscious of the impact of environment on sculpture and because she has often been treated in isolation (often the case with women artists, and with British artists).”

This curatorial vision becomes clear as you walk around the exhibition. Yet the show suggests that Hepworth did not achieve her high-profile status on her own, but by participating in an international network, where her male contemporaries often nurtured her abstract language of sculpture. For it was through the painter Ben Nicholson, whom she met in 1931 and who became her second husband in 1938, that she became aware of contemporary European developments in visual art. The curators draw out the significance of this creative collaboration in the second room, Studio, in a fascinating display of photographs and a richly suggestive juxtaposition of Hepworth’s rosewood Kneeling Figure (1932) and Ben Nicholson’s Profile – Venetian Red (1932).

In 1933, Hepworth and Nicholson joined the Paris-based group Abstraction-Création and visited Picasso in his studio. In room three, International Modernism, an elegant wall display represents the group’s magazine. Hepworth contributed text and images of her sculpture to the second and third issues of the publication, which favoured the austere style of artists such as Piet Mondrian. The fine print shows Hepworth’s engagement with a community of abstract artists, dotted across many countries, who came together in publications, as a dangerous political climate unfolded in the 30s. Their activities reflected an idealist belief in a universal language of abstraction, as right-wing totalitarianism was beginning to cast its shadow across Europe.

During the 30s, Hepworth worked in close harmony with Nicholson and Moore. She also contributed to the design of Circle: International Survey of Constructive Art, an anthology of purist art, edited by Nicholson, the Russian émigré artist Naum Gabo and the architect Leslie Martin. The constructive thinking of Gabo had an impact on her practice, as seen in her abstract forms with strings, such as Sculpture with Colour (Deep Blue and Red) (6) (1943). As her career progressed, she displayed a growing interest in colour, writing in Approach to Sculpture in Studio, October 1946: “I have been deeply interested during the last ten years in the use of colour with form.”

In room four, Equilibrium, you can see the harmonious effect that she achieved with colour not only in the warm tones of hollowed-out sculptures such as Pendour (1947), but also in figurative “hospital drawings”, the subject of an exhibition in 2013 at the Pallant House Gallery in Chichester. Hepworth’s interest in hospitals was sparked by frequent visits when one of the triplets born to her and Nicholson in 1934 contracted a bone infection. The graceful style of her drawings captures the social harmony that she observed in the operating theatre, in human beings dedicated to saving lives.

Yet the heart of the exhibition focuses on the landscape in which Hepworth rooted her practice: the land and sea of Cornwall. In 1939, the sculptor moved to St Ives with Nicholson and lived there for the rest of her life. Stephens says: “Landscape became an important point of reference for Hepworth from the mid-1940s when she developed a distinctive sculptural language of hollowed-out forms with which she hoped to express what she felt in the landscape – a landscape of envelopment and protection.”

The curator adds that the exhibition includes the two most accomplished groups of works in that vein: the small painted woodcarvings of 1943-47 and the first four guarea carvings from 1954-55. These groups are separated by a presentation of the first film to feature Hepworth’s work, Figures in Landscape (1953), contextualised with a storyboard and frames pictured on the front cover of the international architecture magazine, the Architectural Review (June 1954). In this atmospheric film, narrated by British poet Cecil Day-Lewis, “Hepworth’s sculptures are taken out on to the Cornish moors and stood alongside standing stones. And taken on to the beach to be washed by the waves,” says Stephens. The effect is an immersive one.

The final room focuses on one international moment: a 1965 retrospective of Hepworth’s work at the Kröller-Müller Museum in the Netherlands (where this exhibition will travel this autumn). Working with architectural students from the Royal College of Art, Tate Britain has recreated the sculpture pavilion, designed in the 50s by modernist architect Gerrit Rietveld, which was part of the retrospective. By then, Hepworth had achieved an international standing. In 1950, she represented Britain at the Venice Biennale; and in 1959, she was awarded the major prize at an exhibition organised by the British Council at the São Paulo Bienal, which toured throughout South America. In 1964, the unveiling of her public commission Single Form(1961-64), a memorial to the United Nations Secretary General Dag Hammarskjöld at the UN Secretariat in New York marked a high point of her career.

In documenting this moment, the retrospective emphasises Hepworth’s prominence in the international art world of her time. As Stephens says: “We wanted to end the show with a focus on an event that was emblematic of her international standing. It is hard to do that in an exhibition. However, we decided to evoke/recreate the sculpture pavilion designed in the 1950s by modernist architect Gerrit Rietveld, which was rebuilt and inaugurated with a retrospective of Hepworth’s work. She believed the presentation of her bronzes in relation to the structure of concrete blocks and rectilinear wooden frames was the best presentation of her work ever.”

This exhibition articulates Hepworth’s significant role on the international stage, even though she was a female artist, working in a male-dominated arena. Her abstract sculptures and her hospital drawings suggest a voice of hope in an uncertain world. And yet it is hard to do justice to the humanity of her works on the page. To do that, you are encouraged to see the exhibition with your own eyes. Stephens says: “I hope people will come away appreciative of what Hepworth achieved, of her skill and sensitivity and recognising the distinctiveness of her sculpture, a quiet and delicate art compared to others, and the hurdles she had to overcome.”

Stephens adds: “I hope they will feel buoyed by the positivity that Hepworth sought to communicate and feeling that rather than anachronistic it is ever more important that there are people in the world like Hepworth, who remain hopeful and believing in the power of positive attitudes and idealism and beauty, however violent the world is.” 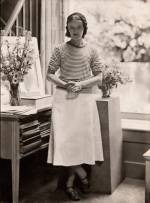 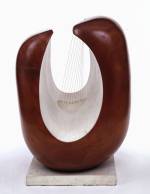 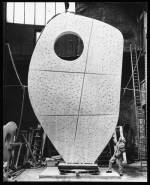 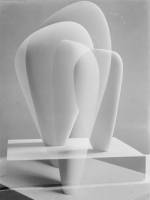 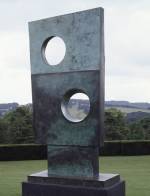 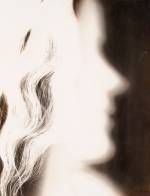 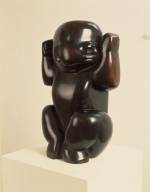