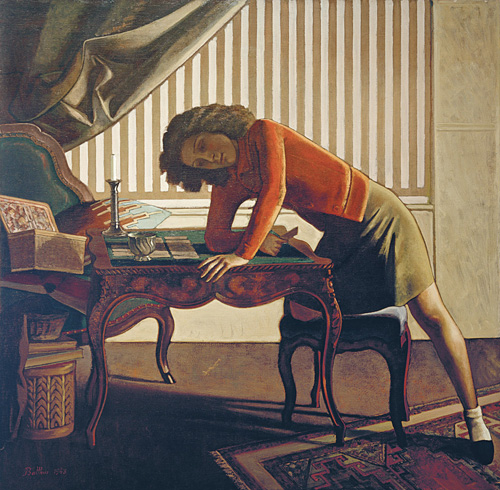 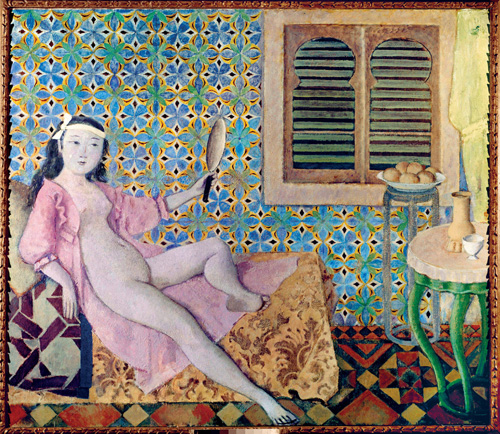 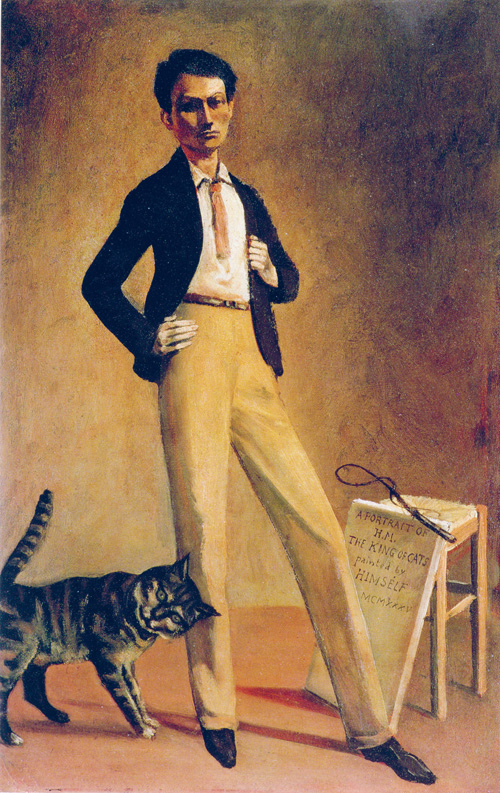 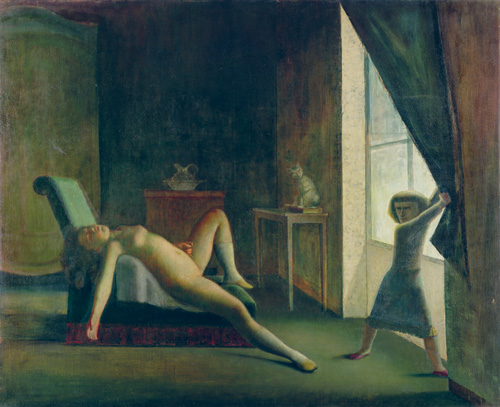 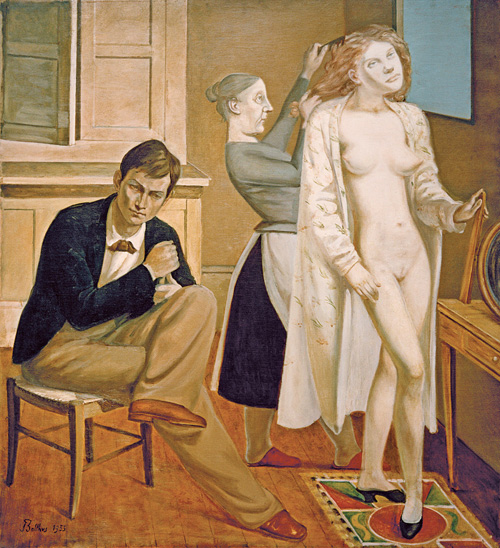 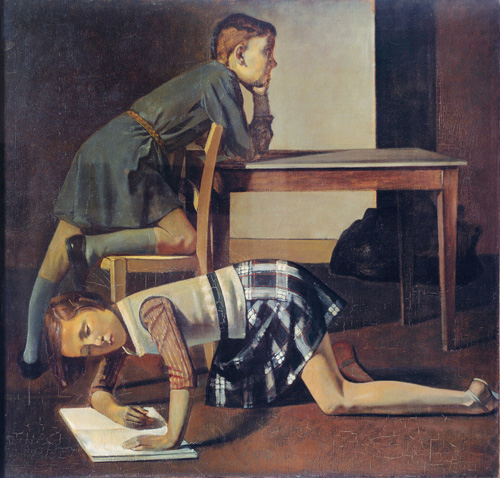 Marking the 15th anniversary of the death of one of the 20th century’s most enigmatic painters, this grand exhibition is showing around 200 works of art of Balthasar Klossowski de Role, known as Balthus

Bono sang at his funeral and Elle Macpherson bad him farewell. Balthasar Klossowski de Role Balthus (1908-2001), known as Balthus, was admired by a varied crowd, yet tried to remain elusive. In a now famous telegram to the Tate Gallery, which, in 1968, asked him for information for a catalogue accompanying a retrospective of his work, the artist wrote: “No biographical details. Begin: Balthus is a painter of whom nothing is known. Now let us look at the pictures. Regards. B.” This reticence, however, did not spare him the public interest he longed to escape.

Balthus was born in Paris and grew up in a well-to-do Polish-Russian immigrant family that had fled to Switzerland after the end of the first world war and settled in Geneva. Here, the young Balthasar was surrounded by elite cultural figures such as Pierre Bonnard and Maurice Denis, as well as the illustrious poet Rainer Maria Rilke, who would become the young man’s mentor and a father-figure after his parents divorced and his mother began a relationship with the poet. His father had been a well-known art historian and painter in Russia and designed stage sets for theatre. His mother was also a painter, known as Baladine Klossowska.

In 1934, the Galerie Pierre in Paris offered Balthus his first monographic show. It would include The Street, a painting hailed as scandalous in the Parisian press, and with which this autumnal, thematically divided exhibition in Rome commences. In the softly coloured room themed The Street, we find the painting of the same name, produced in 1933.

A number of figures appear in the eerie Rue Bourbon-le-Chateau in Paris. The brownish tones and seemingly harmless atmosphere denote a playful scene in which a young girl in a pink coat attempts to retrieve a red ball, a chef stands in thought on the pavement and two elegantly dressed women head for a connecting street. Yet this peaceful French street scene, a topic Balthus would return to towards the end of his career, harbours an underlying threat; on the left, completely ignored by the other figures depicted mid-movement, an aggressive sexual struggle is taking place as a young girl is groped by a dark-haired man.

This kind of mental isolation is a recurring element in much of Balthus’s work; figures depicted in odd and suggestive angles seem detached from their surroundings, their gaze cannot be caught, giving the viewer the sense of being a voyeur.One example here is La Patience Solitaire (1943), in which the viewer is allowed to observe a lonely, contemplative individual leaning on a table. La Chambre, which Balthus painted just before his work gained international fame through a monographic show at the Museum of Modern Art in 1956, also explores the voyeuristic theme. A young girl lies on a couch in an erotic and suggestive pose while a smaller, less attractive figure pulls the curtains, exposing the young girl to the light, all the while being watched by Balthus’s trademark cat sitting casually on a nearby table. Towards the end of his career, the artist painted Le Peintre et son Modèle (1980-81), a softer rendition of the obvious motives that can be explored in his oeuvre, but which remains focused on a sensual relationship between a much older artist and his younger model; his back turned towards her, the girl waiting in anticipation.

Balthus was equally fascinated by games, youth and adventure, themes that are important features in his work. Les Enfants Blanchard (1937) depicts two children, one reading, the other pondering while perched on the side of a table. This sense of playfulness is mostly felt in the space devoted to the artist’s obsession with Alice in Wonderland and Lewis Carroll. Here, the viewer is welcomed by the self-indulgent and strange self-portrait titled Le Roi des Chats (1937) which Balthus signed “HM The King of Cats painted by himself”. The artist, accompanied by his muse the cat, addresses the viewer from above in contrapposto pose. Equally bizarre, and slightly surrealist, is the painting entitled The Cat of the Mediterranean (1949), in which the artist combines both his habitual feline and the rendering of a scarcely dressed youth tumbling on the waves while fish appear from a rainbow as a ready meal.

In other rooms, the viewer can see a number of landscapes the artist produced during his time in Switzerland, in which subtle influences from both della Francesca and de Chirico can be seen. The exhibition also examines Balthus’s collaborations with the playwright Antonin Artaud: Balthus designed various costumes for Artaud’s Theatre of Cruelty.

The Scuderie del Quirinale in Rome has, as always, set up a show with a dazzling number of works to admire. It is traditional, but will leave visitors with ample opportunity and puzzles, as they contemplate one of the great masters of the 20th century.

• Balthus Retrospective will be at Kunstforum Wien, Vienna, from February 2016 – June 2016.