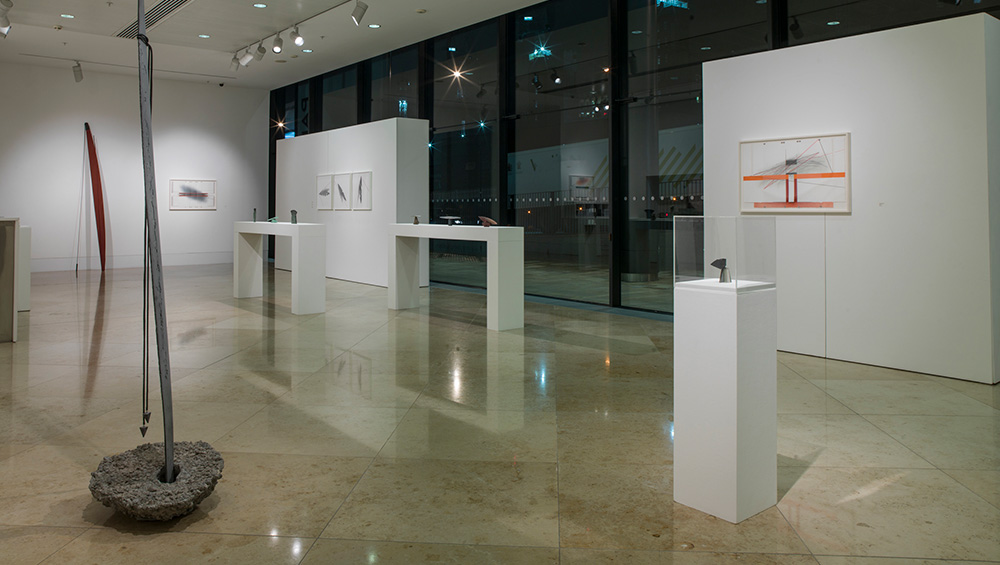 Ann Christopher was born in 1947 and her first memories of making come from childhood when she recalls casting plaster figures and animals from cheap rubber moulds. After attending Harrow School of Art (1965-66), Christopher studied sculpture at the West of England College of Art (1966-69) and had her first solo exhibition the year she graduated. The following year, in 1970, she established her own studio. Twenty years later, in 1989, and after many solo and group shows, Christopher earned a retrospective exhibition at Dorset County Museum and Art Gallery. In 1980, at the age of 32, she was elected as a member of the Royal Academy, one of the youngest artists to achieve membership, and became a Royal Academician nine years later in 1989. Christopher was elected a Fellow of the Royal Society of British Sculptors in 1992. Site-specific installations over the years include the 4.9m Cutting Line (1996) at Marsh Mills, Plymouth, and the 5.5m Towards the Sky (2001-2) at Port Marine, Portishead, both located in the south west of England. More recently, Christopher was commissioned to make a piece for the Keeper’s House garden at the Royal Academy of Arts in London. The 5m tall sculpture Following the Journey (2017) was the result. 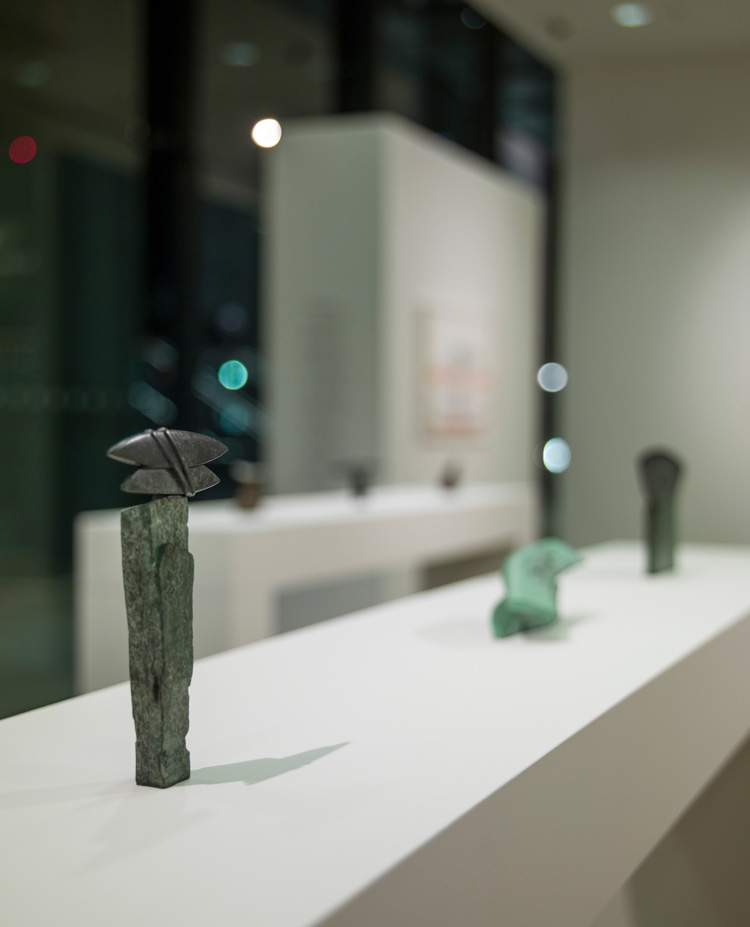 Despite her achievements, Christopher’s work has rarely been the subject of art historical investigation, even when her new generation sculptural peers – who were making abstract sculpture in new industrial materials – were the subject of a proliferation of writing. Meanwhile, Christopher’s non-figurative sculptures, cast mainly in bronze, stainless steel, silver and weathering steel (or Corten), seem, even now, to have more in common with the postwar “geometry of fear generation” of sculptors, in appearance at least. 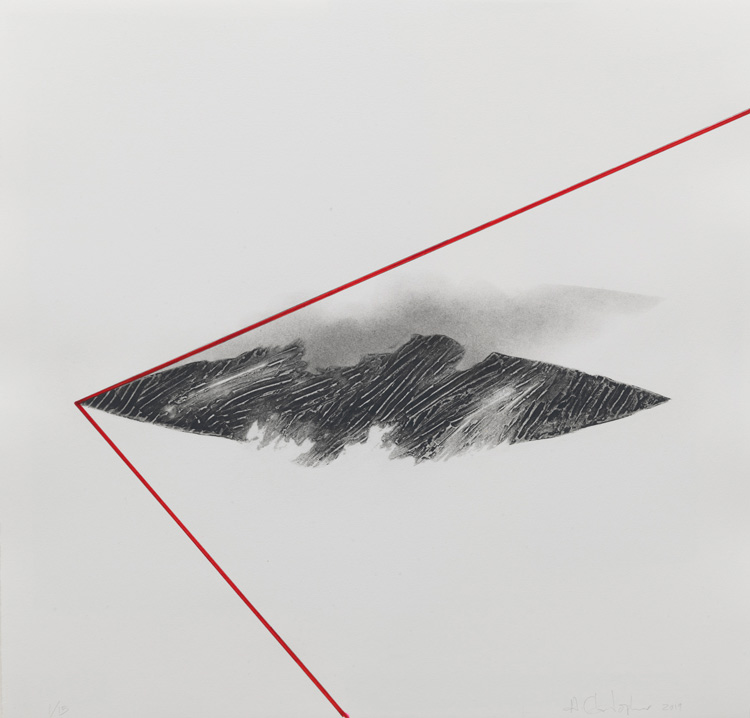 Christopher says, “My work is very much a visual diary of my physical and emotional life”, which makes sense when you realise the intensity of her working process. Four-week trips to a house near Albi in south-west France, free from telephone and email contact, sometimes provide the environment and tranquillity that she requires to focus on her sculptures and drawings. She takes inspiration from a range of natural and man-made materials encountered on her travels. A self-confessed “inveterate collector of bits”, often stones, Christopher works intuitively, knowing what she wants to make, but not knowing where the idea originates until much later in the process. Her exhibition To Know Without Remembering (2013) addressed precisely that idea of intuitive making, although it is something fundamental to all her making. 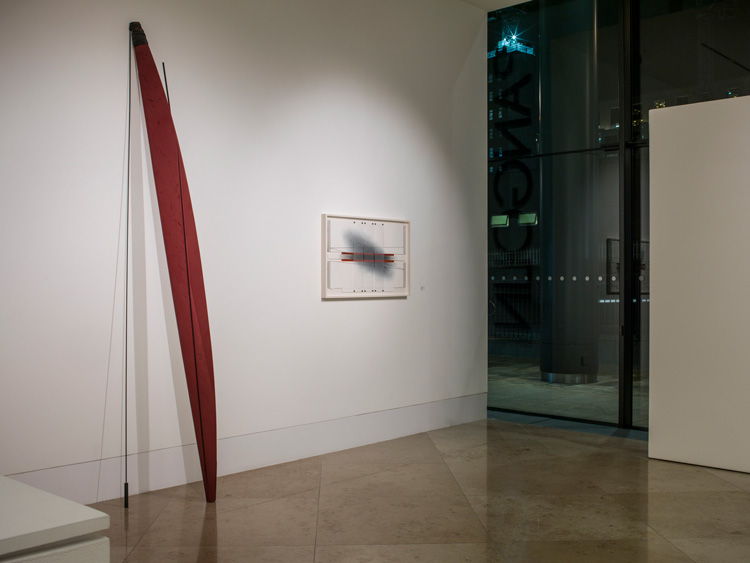 Christopher’s interest in precision-cut lines across objects is visibly present in both her sculpture and works on paper in this exhibition at Pangolin, as is her inclination to work on different scales. At one end of the scale are the tiny table-top sculptures Finding Stones (2019), cast in bronze. This series of six small sculptures are exactly the kind of works that you want to pick up and hold in your hand, in much the same way as you might pick up a stone and hold it while you feel its surface texture and temperature, and perhaps gauge its weight. 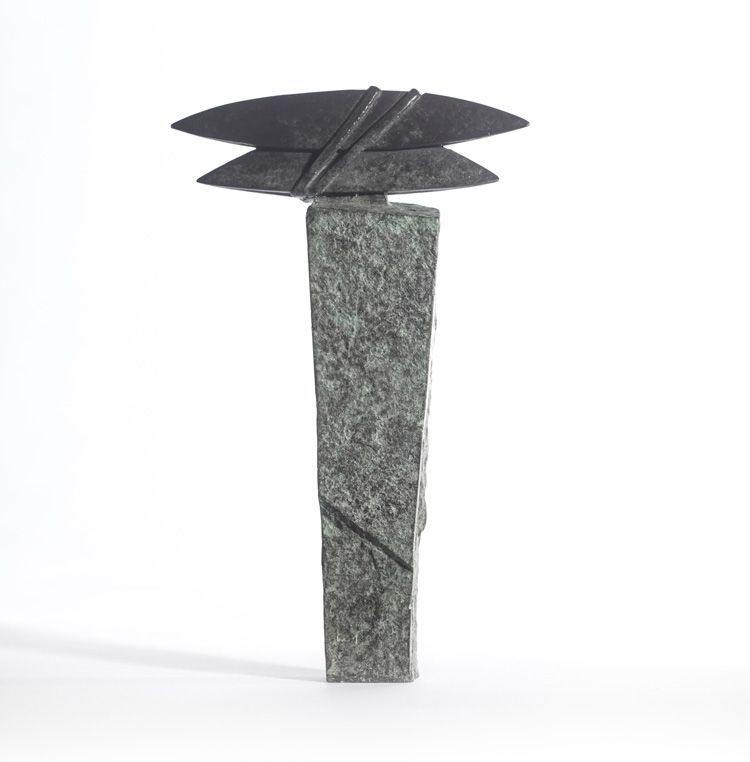 The Finding Stones series, sparked by stones collected over many years, first took life while Christopher was on a residency in Uganda. The most recent residency, again in Uganda, at the Ruwenzori Sculpture Foundation began at the end of 2017 and resulted in works often inspired by rock formations and the colours of the landscape, as well as traditional local tools and implements. 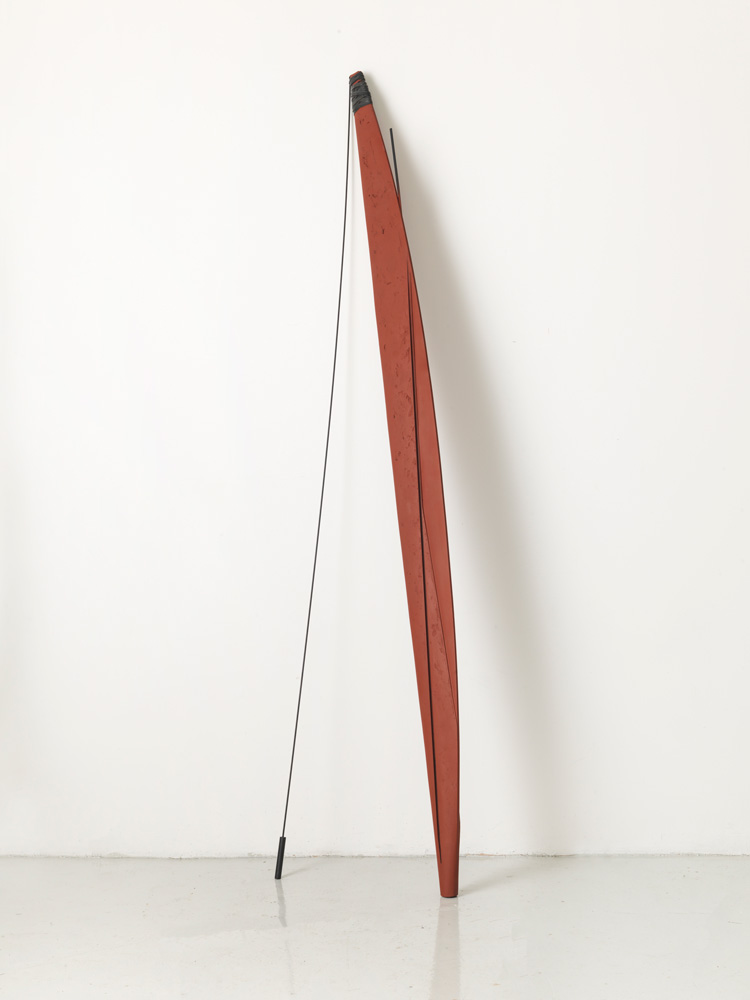 At the opposite end of the scale in terms of size are works such as Outside the Edge (2018) or Holding Lines (2019), standing at 3m and 2.4m tall respectively. These edgy, more linear works are troubling. Perhaps it is the unusual combination of materials or their apparently unstable nature that unnerves us. In these works, Christopher balances line and form so that taught lines of material such as the strip of tyre in Holding Lines and the line of wire in Outside the Edge appear essential in stabilising the work, even when they are not. This sort of uncertainty makes us look closer to interrogate every aspect of the material structure of the work in question – its shape, weight, texture and balance. The main structural elements of both these works might be well supported by the floor beneath them or the gallery wall on which they rest, but the thin and almost weightless lines of tyre strip and wire suggest otherwise. These slender elements of the construction gesture to something more provisional and insecure, and that is what disturbs us. 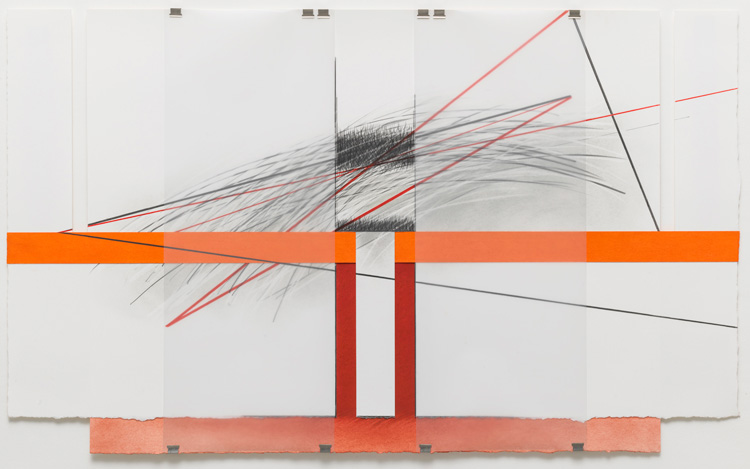 There is nothing unnerving about Christopher’s works on paper. They are clean, defined and purposeful and yet they explore very similar subjects and questions to her sculpture. Two series of mixed media works on paper feature in this exhibition – Changing Spaces (2018) and Following Lines (2016-19). In these works, Christopher combines drawing with the cutting and layering of paper so that precision lines of paper cut across the picture space, sometimes obscuring the much freer graphite pencil lines behind them and sometimes acting as a neat window on to a chaotic world behind or beneath the immediate surface. Her use of strips of opaque paper alongside solid papers in red, orange or grey adds further dimension to the drawing on white paper that is the foundation of each work. Visible clips often hold the layers together at the edges and act to remind us of the spaces created within the image. This is sculpture in two dimensions. 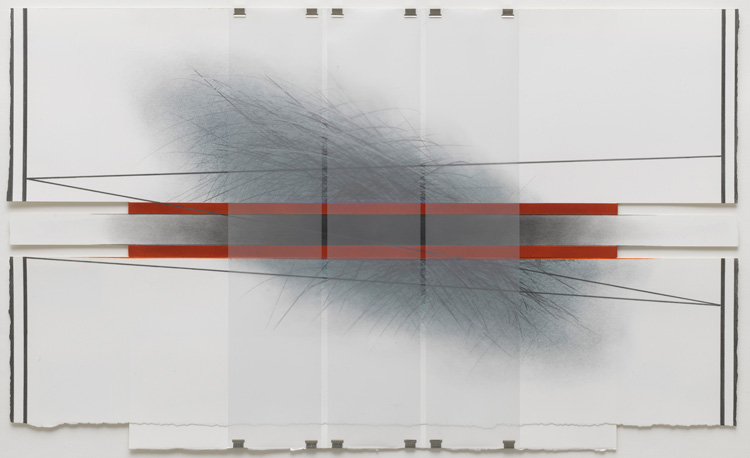 It is difficult to know why an accomplished artist such as Christopher, who has been exhibiting since 1969, should have been rather neglected in terms of critical attention. Very little has been written about her and, apart from small exhibition catalogues, the only text of any substance that exists is Richard Cork’s book Ann Christopher, from 2016. If this small exhibition achieves anything, it is perhaps to underline that neglect and throw into relief a body of work that deserves closer attention. Fifty years on from Christopher’s first exhibition, and 30 years since her first major retrospective, it is surely time for another extensive retrospective of her work and the critical response that would attract. 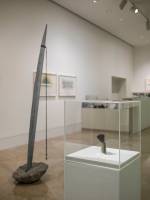 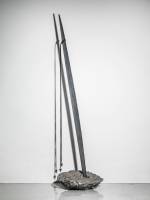