In the 1960s, technological machines were seen as benign helpers or megalomaniac monsters. Fifty years on, at a time when technology permeates everything we do, this show looks at how it reframes the way we think 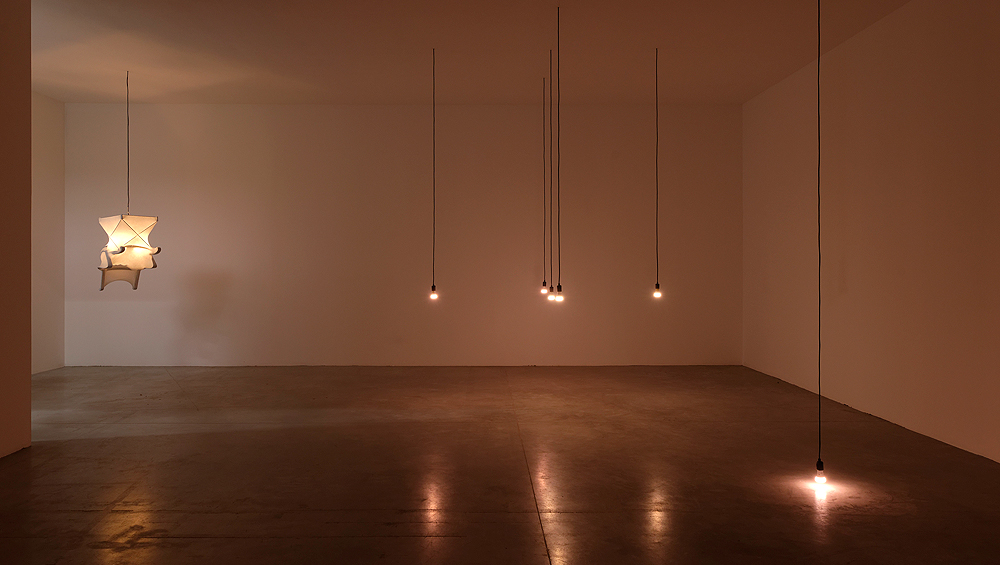 For an exhibition exploring the tensions between humans and machines, it would be hard to imagine a title more evocative of this uneasy alliance than beatnik writer Richard Brautigan’s 1960s poem All Watched Over by Machines of Loving Grace. When Brautigan first handed out free copies of his poem on the streets of San Francisco, in 1967, the social, psychological and economic impact of technology on human life was envisaged as something very different from the multiplicity of invisible tentacles via which technology facilitates / invades our lives today. Back then, popular culture saw machines as, at best, robots taking on the tasks that we find boring or tiresome; or, at worst, megalomaniac monsters reducing us to a state of subservience.

Appropriately enough, Brautigan’s poem kicks off proceedings, printed in vintage typewriter font and collaged together with Brautigan’s rudimentary drawings of animals and a newspaper clipping of a Manhattan highway choked with cars. It seems only right to reproduce this oddball genius’s poem in full.

I like to think (and
the sooner the better!)
of a cybernetic meadow
where mammals and computers
live together in a mutually
programming harmony
like pure water
touching clear sky.

I like to think
(right now, please!)
of a cybernetic forest
filled with pines and electronics
where deer stroll peacefully
past computers
as if they were flowers
with spinning blossoms.

I like to think
(it has to be!)
of a cybernetic ecology
where we are free of our labors
and joined back to nature,
returned to our mammal
brothers and sisters,
and all watched over
by machines of loving grace.

Is the poem cynical or naive? Both, says curator Yoann Gourmel: “That’s why I like this poem so much. It’s a paradox. You really have this feeling that he’s looking for or longing for this utopia: he’s describing animals and machines in harmony, but at the same time there is already this idea that we are under the surveillance of these machines. It was written exactly 50 years ago.” This anniversary prompted Gourmel to showcase a generation of artists born after Brautigan, whose practice explores “the daily use of the objects around us … how the use of technology reframes the way we think about representations of the body – what is subject and what is object?”

There are two pathways into the show, designed to bring you to the same core or “heart” (of which more later). At the entrance, Brautigan’s poem is flanked by two works by US artist Mika Tajima (b1975): a black plasma screen presents us with pulsating, nonsensical, computer-generated poetry, its slick solidity contrasting with the innate silliness of the glowing text and accompanying emojis; and a suspended piece of furniture, part chair, part lamp, cloaked in a finely woven nylon netting through which pulses an eerie glow of sunset oranges, pinks and golds. The latter is one of two Meridian pieces in the show, comprising “optimised” office chairs covered with a fine membrane. The light projected within them varies in colour and intensity according to fluctuations in the price of gold and the Parisian “mood”, which is apparently captured thanks to algorithms that evaluate the content of retrieved data on social media.

Then, taking the left route, you encounter Stills (2013-ongoing) by Danish born, London-based artist Marie Lund (b1976): a series of drab curtains sourced from a preschool, they have been stretched and placed in frames. Presented in sequence, like stills from a film, the 15 variously discoloured curtains have a weird, monochrome beauty, but the staining - a legacy of their exposure to light and the multiple utilitarian gestures of their opening and closing - makes them vaguely disturbing; human presence and absence writ large via the language of routine.

Alongside the curtains is a collection of slim, grey pieces resembling large, concrete cigarette butts. In fact, Lind made this Attitudes (2014) series by pouring concrete into the legs of jeans, turning life-sized but lumpenly inert limbs into paradoxical reminders of the mobility and vitality of the originals. Resting against these “legs” are beautiful copper shell sculptures, from a new series, Vase (2017), inspired by natural elements but scaled up to an unnatural but recognisable size – thus, a mussel, a razor clam, a peanut shell are visible as shiny carapaces, shells that could double up as armour, but which flaunt the stripped out, inner skin of the original.

The world of Portuguese artist Pedro Barateiro (b1979) is our next uncanny encounter: 11 large wooden sculptures covered with a thin layer of cement, comprising his piece Rumor (Workers) (2015). The shape and scale is reminiscent of sleek, contemporary furniture - chairs, benches, stools (though none looks comfortable or really usable) - and also memorials; the live material encased in a dead one. They are all curved into a faint half-smile, designed to echo the logo of today’s most ubiquitous consumer portal, Amazon. Says Gourmel: “This very simple gesture of smiling that two people have, one to the other, becomes reified through the power of an online retail company like Amazon.”

Against a near wall, Barateiro’s video work The Current Situation (2015) creates more poetic tensions, layering scenes of nature and its destruction with cultural disruptions. In one sequence, a diseased palm tree being cut down segues into scenes of social unrest, with demonstrators parked outside the Portuguese parliament (the irony of their coach having palm trees painted on to it is not lost). With these visual juxtapositions, Barateiro expands on his fundamental premise: that economic structures copy biological ones in trying to find patterns and exploit the chaos within the system (for example, the way digital entrepreneurs have harnessed the algorithms of our online expressions of desire and interest to create opportunities for sales, or – bearing recent events in mind – political shifts).

At a time when technology is penetrating ever deeper into our cultural and social experiences, it is interesting to find an exhibition on the subject that steps back from overt expressions of digital sophistication, but instead excavates the prevailing emotional undercurrents through largely analogue media. The film Objection (1974) by Marjorie Keller (1950-94) is a case in point: a 16mm, 18-minute video, initially undertaken as a way of itemising all the contents of her family home for insurance purposes, it becomes an elegy for stuff and the life it expresses. Rendered in vintage, low-fi, gloomy analogue granularity, the rooms are devoid of people. But as the camera pans slowly over each space, revealing quilted bedspreads, framed photos of people we don’t know, cosy armchairs, assorted ornaments and sofas, the objects seem to become increasingly saturated with the lives of those who have touched or chosen them. The distorted soundtrack of loud and lively family conversations - so fragmented as to be unintelligible – creates a weirdly robotic, distancing effect. And it makes us feel like intruders - even burglars, Gourmel suggests - absorbed in the intimacy of this slow “beauty parade”.

Keller’s film is tucked behind Michael E Smith’s bespoke installation. Smith (b1977, Detroit) likes to evoke the ecological and economic disasters of our time. Here, he does so with sculptures that appear to have survived a catastrophe: one, Untitled (2017) “chaussures modifies”, is a pair of bleached white, “altered shoes” made out of plastic that resemble the outer skins of some fish species; another presents a generic, metal-framed, glass-topped conservatory table with two scorched and bloated fish forms clinging, limpet-like to its legs (Untitled, 2017). In the corner of the room, Untitled (2017) video trouvée features a looped piece of instructional video he found, legacy of Detroit’s motoring heyday: here, a metal drill-piece endlessly penetrates through a crevice in some sort of machinery whose form has been disguised by a thick white blanket – much as “a surgeon covers over the body of the person he’s operating on”, suggests Gourmel – to the stuttering soundtrack of its own insistent drilling.

At the core of the show is a site-specific installation by Hong Kong-born Lee Kit (b1978), Unfortunately, it’s quiet (2017), inspired by the site’s architecture. Gourmel says he wanted a sense of “fading to grey” as you reached the heart of the show. Kit, for whom this is a first major Paris showing, has created a sequence of half-formed rooms, inhabited by various projectors, some sitting on huge plastic storage tubs, others projecting light through them. Elsewhere, painterly scenes of just one section of a person – a human shoulder, seen from behind; a hand, dipped into water – are projected on to abstract paintings, often bleeding out on to the surrounding walls. These multiple, intersecting spaces of light, shadow and dreamlike imagery conjure an otherworldly and highly effective architecture of the (machine-mediated) subconscious.

In this mind state, the ensuing video triptych, Celebration (2013), by Isabelle Cornaro (b1974, France) seems all the more surreal: a screen pulsating with psychedelic displays of colour and shadow is bookended by images from early Walt Disney cartoons, and unused edits from Cornaro’s own 16mm films which explore the totemic value of things – coins, trophies and ornaments.

More compelling, to me, were Tajima’s attractive jacquard weaves in the final room. Taken from her series Negative Entropy (2016): acoustic portraits, they were created by spectrograms taken from industrial sites destined for closure. They are strangely attractive, their geometry and shading reminiscent of ancient kilim rugs, but the precision and irregularity tells you their source is scientific, technological, and nothing to do with ancient handicrafts.

The “mechanical” human gesture of opening and shutting a curtain; the “fossilisation” of natural forms through the application of man-made materials or technologies; the stripping out of human gesture in the patterning of a textile; in a multitude of ways, the show reveals the importance of “emotional capitalism” – the way in which we invest objects with meaning and desire through what we layer on to or into them.

One last work seems anomalous, but also profound: a cartoon from the 60s, which was shown on French national TV, depicting the galactic adventures of Barbarella’s little sister: Marie Mathématique. Conceived as a “graphic musical” directed by Jacques Ansan, based on drawings by Barbarella originator Jean-Claude Forest, with texts by writer André Ruellan – in a medieval poetic form called the “virelai”- and with music written and performed by Serge Gainsbourg, it has a giddy, soft eroticism and a cast of cute and friendly robots. Gourmel says: “It’s not a work of art per se, it’s a TV broadcast. But I really like it in relation to the naive approach of the Brautigan poem. It’s a vision of the future through the eyes of a young woman. I like the fact that everyone is in love with Marie – men, women, machines - and the erotic psychedelic approach. For me, I still can’t believe it was shown on French national daytime TV in 1965.”

Yet again, there is this seductive notion typical of a bygone era: that machines of “the future” will be there mainly to amuse and transport us, to give us pleasure. The reality - as this rich mix of work demonstrates - is way more complicated than that. 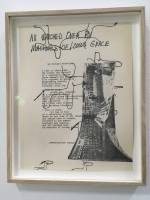 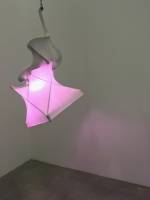 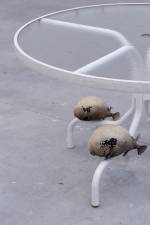