Willow Hai: ‘The jade burial suit is the single most important object in the show – and the best in China’

Willow Hai: ‘The jade burial suit is the single most important object in the show – and the best in China’

Willow Hai, director of the China Institute in New York, talks about its current show, Dreams of the Kings, a spectacular collection of treasures from the Han dynasty, including possibly the earliest dated jade burial suit in existence 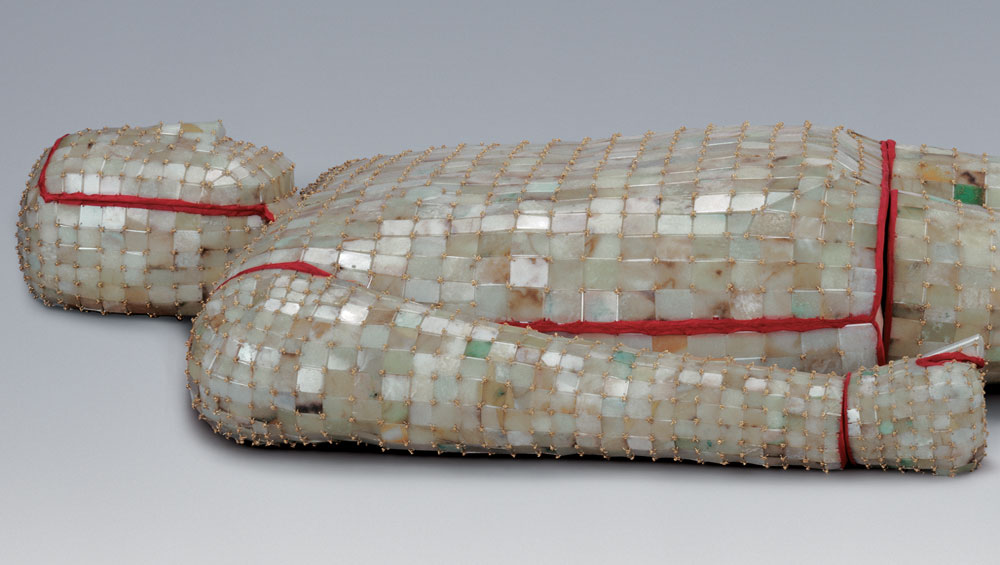 Dreams of the Kings: A Jade Suit for Eternity, Treasures of the Han Dynasty from Xuzhou at the China Institute, New York (until 12 November 2017) is a highly focused exhibition of objects from the Han dynasty (206BC – 220AD), one of the golden ages of China’s venerable history. A more lavish exhibition highlighting approximately the same time period, Age of Empires, is installed at the Metropolitan Museum of Art (until 16 July 2017), yet the smaller presentation possesses its own highlights and objects of rare beauty. Together, they make tangible the ceremonies and customs of this legendary regime in life, death and afterlife, as well as offering glimpses of those who served its rulers.

Dreams of the Kings draws its remarkable contents from the excavation in 1995 of the tomb of the king of Chu (believed to be that of Liu Yinke, the realm’s second king), as well as a number of burial sites explored in 2004. The objects, fashioned out of bronze, gold, silver, clay and jade – with jade in the starring role – include ritual items, vessels, ornaments, figurines, textiles and more, on loan from the Xuzhou Museum, which is located near the excavation sites at the junction between what today is Jiangsu, Shandong, Anhui and Henan provinces, an area famed for its natural beauty.

The first emperor of the Han Dynasty crowned his favourite younger brother the first king of Chu. Protected by the emperor, the realm’s aristocrats lived extravagantly, as evidenced by the richness of their tombs. One of the most resplendent objects on view is a jade burial suit, pieced together from thousands of pale nephrite (hetian) plaques, the most highly prized variety of jade, a stone that the Chinese believed could preserve the wearer for eternity.

The following is an edited excerpt of a conversation between Willow Hai, the director of the China Institute Gallery, and Lilly Wei.

Lilly Wei: Would you tell me how this show came about?

Willow Hai: The idea to do a show of Chinese jade was conceived about 10 years ago and, at first, I looked at American collections for objects to create a show. I went to the Art Institute of Chicago, since it has a very fine collection of jade, but, ultimately, that didn’t work out. Then I looked to China to see which museums had good jade collections, and a colleague introduced me to the Xuzhou Museum. As an archaeologist, I always think it is good to see what has been newly excavated. I think it is exciting to introduce objects that haven’t been seen yet, or not seen here.

LW: The entire show comes from this one museum?

WH: Yes, although I didn’t know what the museum had at first. I went in the spring of 2008 to visit. When I saw its jade collection, I thought it was unbelievable. And it had several jade suits, not just one.

LW: Are they more spectacular than the two first complete jade suits discovered in 1968? They proved that such burial suits really existed.

WH: Yes, those jade suits were discovered in Hebei. They belonged to Liu Sheng and Dou Wan, his wife. The one we have is later, discovered between 1994 and 1995, in the tomb believed to be that of the second king of Chu. If it is that king, he died in 175BC, which makes this the earliest dated suit in existence so far. Made of so-called white hetian jade, it is finely executed, consisting of more than 4,200 individual pieces, cut very small, some in different shapes, such as those for the nose.

LW: Why are these suits so important?

WH: It is about the next life and reincarnation. It is a kind of Chinese mummy, although how the body itself was treated is unknown. The museum staff tested the jade suit and determined the breadth of the shoulders and that it was made for someone whose height was 1.76 metres [5ft 9in]. From a few remains nearby, they determined that the wearer of the suit was male and around 36 years old.

LW: Who curated this show?

WH: I was the organiser and was deeply involved in the entire project from the beginning. I selected many of the objects for Dreams of the Kings, and titled it. The curator of record is the director of the Xuzhou Museum, Li Yinde. We worked on the show together. It was a collaboration.

LW: You divided the show into four sections. Would you talk a little about them?

WH: The first section is The King’s Guards. It features terracotta soldiers that were buried with the king, consisting of infantry, archers, charioteers, cavalry, a general and so on, most likely an accurate reflection of an early Han army.

LW: Like the famous terracotta soldiers from Xi’an, from the tomb of Qin Shih Huang Di, the first emperor of China?

WH: Yes, but there are more of them. Nearly 4,000 have been excavated so far and another 4,000 are estimated to be still in the ground. But they are not life-sized, like those from Xi’an.

LW: And the second section?

WH: It’s called Dream of Eternity and features funeral objects--jade pillows, orifice plugs, jade masks and the single most important object in the show, the jade suit that I think is the best in China. The king needs to be entertained in the next life so there are also figurines of musicians and dancers. And this section ends with a beautiful jade cicada, which in China is the symbol for reincarnation.

LW: The third section is exquisite.

WH: Yes, and it’s called Rapt by Jade. This room has some of the best Han jades from the Xuzhou Museum, with types new to American collections. The technical refinement is remarkable and there are small and large pieces, from jade phoenixes to a jade wine vessel and jade bi disks, among other extraordinary objects.

LW: And the last section?

WH: It is dedicated to the afterlife and called Life in the Afterlife. It consists of all the objects that were used by the kings and queens when they were alive and which were buried with them: mirrors, beds, vessels and utensils for bathing and cooking, for wine, the king’s armour, his gold buckle, among other objects. This mirror is interesting because it is decorated with figures. It is usually said that mirrors ornamented with figures first appeared in the Eastern Han period, but this is from Western Han, 200 years earlier. So far, it is believed that only two such mirrors exist: this one, from the Xuzhou Museum, and another in the collection of the Freer Gallery of Art in Washington.

LW: How many objects are in the show?

WH: There are 76, but some consist of multiple parts.

LW: Do you have a favourite piece?

WH: That’s hard to say, but if I have to choose a favourite, I would say the hetian (nephrite) piece that resembles a knuckle, a knob of jade. It feels good to hold. I’m lucky that I’m permitted to handle the objects, but very carefully, of course.

LW: Would you say that whoever loves jade needs to see this show?

WH: Yes, and it’s on view here until 12 November and then it goes to the Nelson-Atkins Museum of Art in Kansas City, opening in December and will be there until 1 April 2018, when it goes back to China.

LW: China Institute moved down to Washington Street in the financial district from the Upper East Side around two years ago. The venue is more spacious but has that affected attendance?

WH: Actually, the attendance is higher than usual because of this show. But the move has had an impact and I would like more people to know that we are now here. It is a kind of buried treasure and those who come here will experience something very wonderful. 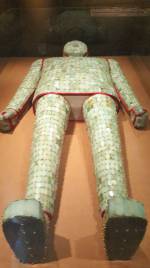 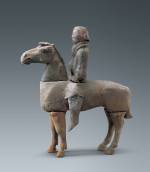 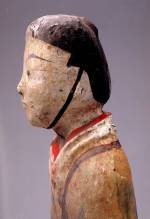 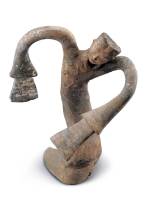 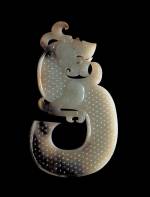 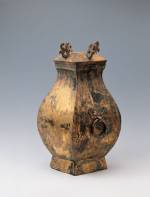 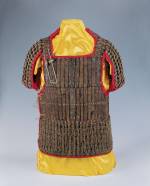 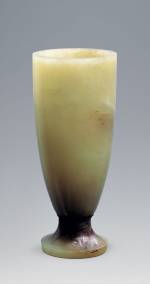 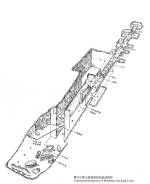