This autumn, curators at the Jewish Museum in New York have dared to subject contemporary art, and by extension curating and art writing, to its deepest scrutiny. What is it that constitutes artistic “unorthodoxy” in an age in which seemingly anything goes – both visually and conceptually? How can artists address fundamental political, social and cultural issues without bowing to the demands of the market and the museum, and remain in defiance of the structures they intend to critique? Unorthodox features artists whose lifestyles, creative practices and conceptual approaches place them squarely outside acknowledged forms of cultural production and dissemination.

Studio International visited Unorthodox and spoke to Jens Hoffmann, deputy director of the Jewish Museum and one of the exhibition’s co-curators, about the processes of staging such a complex and ambitious show.

Unsurprisingly for an exhibition that challenges the normative, a diversity of approach, language and medium are necessarily the only single defining feature uniting the work of the 55 artists included in Unorthodox. The ceramic jugs of Clayton Bailey (b1939) present their bulbous faces with grotesque humour, while Brian Belott (b1973) presents electronic calculators embedded in lumps of solidified mulch that seem to monumentalise a haphazard, junk aesthetic while suggesting that technology will eventually appear alien in the process of its future excavation. These are juxtaposed with the work of f.marquespenteado (b1955 in Sao Paulo), which presents craft as a political activity: his sculptures are made of scavenged materials that he subsequently embroiders to point to the false distinctions between high art and craft, and between “male” and “female” creative outputs.

Unorthodoxy is also presented as a biographical trait for many of the artists in the show. In several cases, the artists have been formally trained but have not achieved commercial success, or have chosen not to, or have received it only later in life – expressionist sculptor Alice Mackler (b1931), for instance, had her first solo exhibition at the age of 82. Many have had experiences that feed into or shape their work: the Russian artist and Holocaust survivor Boris Lurie (1924-2008), for instance, is represented by a large-scale, politically charged collage that features newspaper headlines, pornographic images of women primping and posing and the recurrence of the painted word “No” that reflects his attempts from the 60s onwards to challenge the iconography of political systems and consumer culture. The decision of Czech artist Miroslav Tichý (1926-2011) to flee communist Czechoslovakia in 1948 led to a life of isolation in which he created makeshift cameras in order to photograph women surreptitiously in the street. His voyeuristic portraits, which were never necessarily intended to be exhibited, present their anonymous subjects with a blurry intimacy that questions the conventions of photographic ethics as well as traditional approaches to composition, framing and focus.

Densely packed and accompanied by a handout that gives contextual detail on each artist and their work, the exhibition’s only display texts are 14 short curatorial statements, so-called “Threads of Perception”, that are placed at intervals throughout the show under the one-word headings Boundaries, Canon, Complications, Conventions, Divergence, Gaze, Iconoclasm, Individual, Intensity, Lies, Mythologies, Order, Secrets and Taste.1 Rather than themed texts that relate to the specific objects hung in their immediate surroundings, these are intended as poetic musings that assist viewers in thinking about and connecting works as they move through the rooms. Yet they seemed to have more concrete a function than this, presenting apparatus that set up certain “dos” and “don’ts” for the show: Boundaries, for instance, suggests that the distinction between the real and the imagined can be loosened, and implies less directly that a certain fluidity exists between these artists’ work for which conventional exhibition display could not cater. Meanwhile, Gaze – the first or last “thread” that the viewer encounters, depending on whether they turn left or right at the beginning of the show – reminds us of our position as spectators and the multi-directional flow of seeing and being seen that is involved in the processes of picturing and observing.

While these “threads”, and the need to flip through the exhibition guide to find more detailed information on the artists and works, seem to place even higher demands on the audience’s attention than is usual for a themed group show, this process perhaps reflects one key element of the exhibition’s premise: that addressing the unorthodox requires alternative, unknown and sometimes challenging forms of engagement. There are points in the show when such a demanding approach reaps clear rewards: for instance, when encountering Zach Harris’s map-like Linen Last Judgment (2014), a wood, canvas and ink wall-based work on a large scale that brings together several of the “threads”. These include the fantasy element suggested by Boundaries, the charged act of looking implied by Gaze, as well as questions of cultural value, spiritualism and visual disruption raised by Taste, Mythologies and Iconoclasm respectively. Harris (b1976) does this by rutting the wooden support to form paint-striped lake and river shapes amid a dense graphic surface of tiny flora, fauna and urban scenes inked in red. Conjuring the detailed, absorptive effect of the art historical horror vacui, Linen Last Judgement simultaneously narrates a possible biblical future that nonetheless swirls before the eye, refusing a focal point and a clear visual message.

Unorthodox invites a raft of questions about its curators’ vision of contemporary art and culture that sits on the outside of the establishment. Below, curator Jens Hoffmann discusses how the artists were selected, the function of the 14 “threads”, and what insights Unorthodox might offer for future curatorial and historiographical practice.

Celia White: Your emphasis on unorthodoxy seems to have driven this project from its very conception to its realisation. What main criteria made you seek out and select the artists that you ended up including?

Jens Hoffman: At the outset we were looking for artists who have developed their very own visual vocabulary. My co-curators, Kelly Taxter and Dan Palmer, and I collected material on more than 200 artists over the course of about a year. Over a number of meetings, we examined, compared and selected around 80 artists and started looking deeper into their individual practices. The final 55 artists are the ones we found the most compelling from that group, taking into consideration a good balance between local, national and international backgrounds, presenting a diverse range of media and a good mix of generations. It was important that the works are all in dialogue with each other and form a long visual essay on nonconformity.

CW: How were the 14 “Threads of Perception” chosen and defined – was it in direct response to the work? As I understand it, the concepts were drawn up after the final list of artists was identified.

JH: Yes, the 14 short texts I wrote came out of us looking at the work and wanting to create a subtext that connected all the works without creating themes or sections as in many other exhibitions. They are about poetic relations and less art-historical affinities.

CW: Do you feel that each artist’s work can be read through all 14 ideas, or do they operate more as a network of possible interpretations?

CW: Were there any standout artists for you, either individually or with respect to the exhibition’s overall aims?

JH: The artist that stands out the most for me is Boris Lurie. He was in many ways the inspiration for the exhibition and we dedicated our exhibition to his pioneering work.

CW: How involved were the artists in the show, and what do you envisage will come next for them and their careers? As you say in the catalogue, inclusion in this show means: “The works would be shown in a gallery in an established New York museum and thus inevitably be subjected to some of the very strictures and constraints that their makers seem to resist.”

JH: The living artists were involved from the start, collaborated with us on selecting the work and were dialogue partners all the way to the final installation. I cannot predict what will happen to the artists in the future. In many ways, I hope it will lead to other opportunities, new relationships, inspirations and reflection on their own work.

CW: The exhibition seems to be as much about confronting the conventions of curating as about presenting unconventional artists. Do you feel that such an approach could help to redefine curatorial practice, even where it relates to work that is not considered “unorthodox”?

JH: Interestingly enough, I think that this exhibition is much more orthodox from a curatorial perspective than many of the other projects I have done in the past. It was very important that artworks take central stage. From a curatorial perspective, the installation with its countless viewing axes and the inclusion of the short texts were the two main curatorial elements here. We tried to keep the design and architecture decidedly low key.

CW: Similarly, are there lessons for art writers and historians to learn here about how they can critique and refresh their consideration of artists both conventional and unconventional?

JH: We know that pretty much anything goes in the context of art, meaning a truly unorthodox exhibition is an almost impossible task. Our show is only one sentence in a very long conversation commenting on the uniformity of the art world, how to formulate resistance against the homogenising forces in society and trying to question that. We invite the audience, the artists, the museum to think how they can take life into their own hands. It is not only about artistic independence, but ultimately about individual freedom.

Footnote
1. The definitions of each of these are reproduced in the catalogue to the exhibition. See Threads of Perception by Jens Hoffmann, in Unorthodox edited by Jens Hoffmann, published by the Jewish Museum, New York; 2015, pages 14-16. 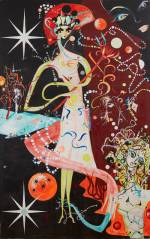 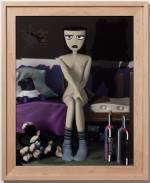 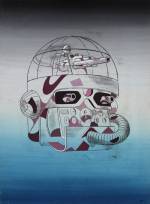 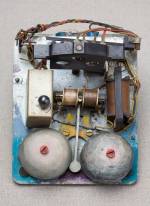 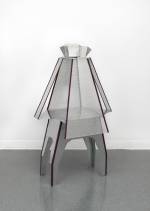 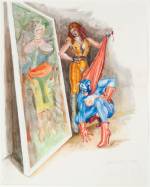 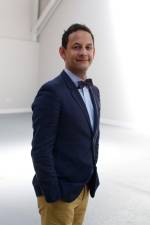 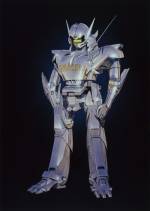 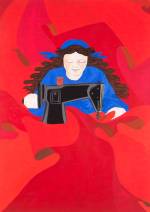 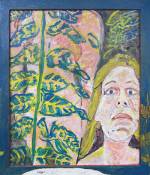 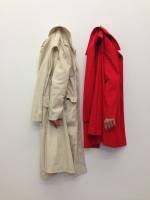