Architecture for All, Without Limits: Toyo Ito at 72

Architecture for All, Without Limits: Toyo Ito at 72

One of the superstar architects of the century, Toyo Ito, who turns 72 in June, said he now faces a new challenge: to “open up” architecture to a wider audience. In fact, Ito has been doing just that since 1971, when he founded his own studio, Urbot (Urban Robot), in Tokyo.

Today, as Toyo Ito & Associates, Architects, he and his colleagues continue to make life in large urban centers like Tokyo more livable by bringing natural elements and isolated individuals together in harmonious spaces.

The 2013 Pritzker Prize-winner was born in 1941 in Seoul, Korea, to Japanese parents and moved to Japan two years later. He received a degree in architecture from the University of Tokyo in 1965. His resume includes many visionary projects in Japan and sited abroad, like the Bruge Pavilion , Belgium (2002), the Torres Porta Fira in Barcelona (2005), and Hôpital Cognacq-Jay in Paris (2006). Among his professional accolades are awards from the Royal Institute of British Architects and Venice Biennale.

The diversity of Ito’s projects suggests a free-wheeling imagination, and Ito confirmed that, “I don’t have or persist in a particular style”. Rather, he said he considers architecture as a place to create a “situation”. Grounding what might seem like an abstract concept, he added that, “architecture should emerge as an outcome of embracing peoples’ daily acts and not vice versa. In that sense, I envision architecture to be like an organ, biomorphic, changing the form during the course of time”.

Often, he rejects fixed walls in favour of sinuous lines and an open plan structure. Although such approaches attract critical attention, Ito contends that the general public is not receptive to contemporary architecture. “The cause is on architects’ side, to a certain extent,” he said. “There are four problems in contemporary architecture. First, it has relegated the history of a place; second, it has pushed out [specific markers of a] locality; third, it has excluded nature. These three have culminated in a fourth problem – it has neglected the general public.”

To address the division between modernism’s focus on machine-age functionality and futuristic, gravity-defying designs that rarely dialogue with a native environment but might just as easily be placed in another time and place, Ito seeks to develop an “affinity” with a structure. “Architecture should always be the outcome of communication with the people [who live and work] where the buildings are built.”

In 2011, Ito founded NPO, Initiative for Tomorrow’s Opportunities in architecture, as a platform for lay people who are interested in architecture, a space where they can engage in debates with architects and city planners, and a chance to visit architectural sites with knowledgeable guides.

But on 11 March 2011, when an earthquake and tsunami hit northern Japan, his plans took a new turn. “Architects were at loss,” he admits. “We didn’t know what we could do to the wrecked community. We were powerless.” He spent days visiting a shelter for the now-homeless population. “Architects tend to think that everyone wants to have privacy. However, people who lost their families want attachment to people. They want to have a place where people gather together and talk.” This belief led him to start “Home-for-All” – a communal gathering place – staffed by student volunteers, local government workers, and professionals. “I realise the very essence of architecture lies in the emergency condition,” he revealed. “The state of architecture is challenged to change with the disaster.”

After months of researching the needs of affected individuals, six community houses were erected in different hard-hit regions. The project is ongoing, and Ito and his staff are working on a volunteer base while maintaining his Tokyo office and taking on new architectural assignments.

With all of this activity, Ito nevertheless has set his sites on another way to “open up” architecture: working with children. In 2011, he started a school where preteens gather to imagine, think, take field trips, and make maquettes of their future cities and houses.

“Although children don’t receive classes in architecture as they do in music or fine arts, I believe it is important for them to become literate on architecture at an early age,” he explained. “I want children to have no limits on imagination and to think freely about what architecture means by using their hands and brain; to get a glimpse of how architecture can serve people and the community for a better society.” 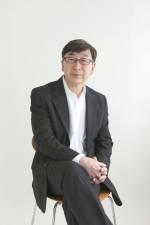 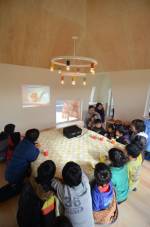 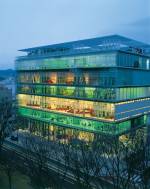