Sadism and salvation, torture and tenderness, martyrdom and mercy: these are the subjects of Pain: Passion, Compassion, Sensibility - the first major exhibition to explore the enigma of pain (and very well timed to help explore some of the issues raised by 'The Passion of the Christ' - Mel Gibson's fetishistic film about the crucifixion of Jesus).

Curator, Javier Moscoso, a philosopher, has used his native Spain as a cultural reference point. As well as special loans from museums and galleries, Moscoso had the eclectic and eccentric collection of Sir Henry Wellcome from which to draw - giving the enterprise a real, visceral dimension.

The art ranges from etching by Rene Descartes and Goya, to a 17th century devotional sculpture and modern works by Anish Kapoor and Bill Viola; from oil paintings and woodcuts to light boxes and video installations. Practical objects include a Chinese torture chair, thumbscrew, knuckleduster, neck compressor, a boot to hold boiling oil, and the costume worn by a young bullfighter when he was gored to death in the ring.

The inclusion of such exhibits raised the usual controversy before the exhibition opened; the Science Museum was accused of appealing to prurient public appetites for sensationalism and perverted lusts (perhaps the Science Museum's role should be to make science less interesting and less accessible!).

Items actually used in torture bring 'the banality of evil' into a much sharper focus. Even more powerfully than great art, such 'everyday' objects connect us to the reality of pain. As I spotted a particularly gruesome thumb-piercer, my own thumb twitched involuntarily and my hand recoiled from the display case as I could not help but imagine the sharp spike piercing my flesh and crunching through bone.

Amazing ingenuity went into - and still goes into - the infliction of pain; great pride was taken in the design and craftsmanship of implements like the scold's bridle and the model courtroom in which prisoners are being physically punished. But the exhibition is a great deal more than an intellectual version of the dungeon at the Tower of London. Javier Moscoso has included 'Passion', 'Compassion' and 'Sensibility' in his brief, and has put pain into a social, religious and cultural context.

In 'Passion' the role of pain in religion, especially Christianity, is comprehensively explored. In Christian societies, the very symbol of the godhead is an image of ghastly torture. Every church is focused on a crucifix, the salvation of every soul made possible only by a painful death. At their hearts, most faiths seem to consider human nature as a continuing struggle between extremes: the desire to do good, but the willingness to do evil. Pain is a weapon of both extremes.

The exhibition catalogue opens with the quote 'To relieve pain is divine'. What is, perhaps, surprising, is how often the opposite is true: pain itself has been an instrument of divine will. This is pain as a purifier of corrupt flesh, as a blessing from God, as proof of faith and devotion - or as a tool of religious authority to enforce conformity. For example, Church authorities tried to stop the introduction of pain relief for women in childbirth because of Genesis 1:16 '… in pain thou shall bring forth children'.

Fortunately, 'Compassion' is also a powerful emotion and has made a rather more positive contribution to what we now recognise as "civilised" behaviour. We comfort ourselves that, although pain and suffering still exist on a global scale, at least we feel sorry, even guilty, about it. Most of us no longer glorify pain, and compassion has prompted practical efforts to relieve pain - not just for those who can complain or with whom we can identify, but also for animals: whether pets, livestock or the targets of 'field sports'.

'Sensibility' follows developments after the Reformation and Enlightenment, when pain began to be regarded as not simply God-given and inevitable, but as a phenomenon subject to reason, analysis and intervention. Moscoso has assembled objects to illustrate the long struggle toward effective pain relief - without which modern society could not exist.

Opium was the first substance that we, today, would regard as a real medicine. Add aspirin and ether and you have the foundations not only of pain relief, but all modern pharmaceuticals. Queen Victoria's praise of chloroform, which she used during her third and subsequent labours and abated some of her horror of pregnancy, permitted doctors to ignore its proscription by the Bishops.

The discovery that pain could be relieved opened up the possibility that all illness and disease might be amenable to treatment and led to the explosion in medical knowledge over the last two centuries. Arguably, analgesics have made as great a contribution to medicine as penicillin and vaccination.

From heartbreak to childbirth, from sadomasochism to paracetamol, from the rack to the hospice movement, this exhibition is a wonderful, stimulating and, yes, sensational parade of pain. 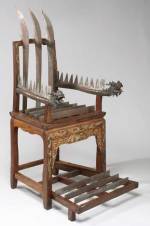 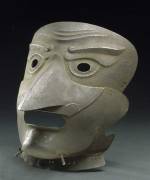 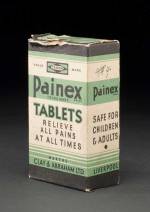 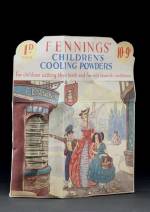