Tara Donovan: ‘I’m interested in exploring the moment where the conditional relationship of part to whole breaks down’

Tara Donovan: ‘I’m interested in exploring the moment where the conditional relationship of part to whole breaks down’

The artist explains that, although her latest work, Compositions (Cards), may seem very different from her earlier, large-scale floor-based installations, it springs from the same desire to play with perceptual capacities 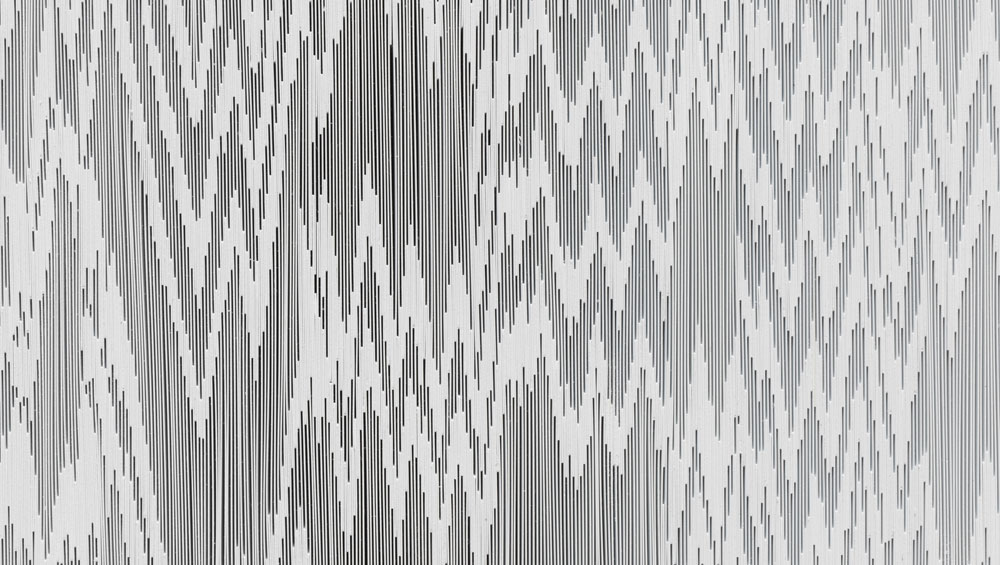 Tara Donovan (b1969, Flushing, New York) has spent the past two decades investigating the transformative effects that can result from accumulating and assembling large quantities of mass-produced materials and objects. Often relying on items that have simple, geometric and unique textural qualities – such as plastic drinking straws and Styrofoam cups – the artist has become known for making large-scale, site-specific installations, as well as drawings and sculptures.

Donovan’s newest work, entitled Compositions (Cards), currently on display at Pace Gallery, New York, demonstrates her commitment to a methodical, minimalist aesthetic and process-driven way of working. The series consists of wall-mounted framed works in various sizes that are formed through the positioning and layering of multiple styrene cards.

Allie Biswas: Would it be right to say that your new series of works, Compositions (Cards), is a development in your drawing practice? This series, along with Drawings (Pins), which you started in 2009, stands apart, on initial viewing at least, from your large-scale, floor-based installations, as seen in your last couple of museum shows. Can you describe how you moved towards making these wall-based works, and how you came to the Compositions (Cards) series, in particular?

Tara Donovan: I can see how the Compositions (Cards) and Drawings (Pins) series may appear to be a kind of departure from the large-scale installations, but I approach all my projects with the same concerns relating to how the aesthetic potential of an aggregated material can be activated in ways that play with perceptual capacities. When you are dealing with massive volumes of material, it becomes necessary to think about framing in a more conceptual way. I relate very strongly to the modern painting discourse where the canvas is posited as an infinite field only delimited by the frame. In my large-scale installations, the architecture of the gallery itself becomes the frame (this is perhaps most obvious with Haze,where the walls of the gallery actually buttress the monumental stack of straws). The wall-based framed works not only allowed me to employ the same logic as the installations, but they also gave me the freedom to explore innumerable ways in which a material can behave visually by making the framing an arbitrary personal decision rather than one defined by the architecture of a given space.

AB: In terms of approach and process, how does creating a series such as Compositions (Cards) differ from the larger installations?

TD: I think the ability to indulge in variation is the main difference between the card compositions and the large installations. Also, the approach to the cards in terms of how my studio functions is very different. For the large-scale installations, the studio is the staging ground for what will ultimately be produced at a given exhibition site. With the cards, I am able to streamline an incremental production process that takes place entirely within the studio.

AB: What interested you about styrene cards? Had you been considering this object for some time?

TD: I first worked with the styrene cards for one of the installations in my solo exhibition at Pace 25th Street in 2014. The installation took the form of large freestanding columnar forms suggesting stalagmites or wind-eroded outcroppings. I was particularly interested in privileging the edges of the cards as a means to develop horizontal strata that ascended vertically. I was also interested in the fugitive colours (blues, greens and yellows) that pronounced themselves when the seemingly blank white cards were accumulated. Revisiting the cards later gave me the opportunity to think about how the edges of the cards could be used to develop a linear composition with a two-dimensional surface, which is where the new series began taking shape. As I experimented further with the spacing of the cards, the linear surface began to act more and more as a screen laid over the top of a field with sculptural depth. I began thinking of the process as a very manual form of lenticular printing where offsetting layers create the illusion of depth and movement on a static surface. For the card compositions, this effect is activated by a viewer’s movement around each of the works.

AB: Can you describe the process for making a card work, in particular the method for creating the final, whole image that is seen?

TD: In the beginning, the process was very improvisational and, as always, there were many learning moments from various failures. Once I figured out successful strategies for spacing the cards to achieve certain surface effects, I was able to develop rough blueprints for stacking the cards so that my assistants could help produce the work. Once a composition comes together, it is adhered to a wood backing, trimmed, and then framed. All of the compositions are flipped 90 degrees so that they read as vertical lines.

AB: The patterns that are formed on the surfaces of these works are geometric in nature. What were your references? Were you trying to imitate any existing patterns, or allude to certain things?

TD: I was definitely looking at textiles in the beginning as reference material. I think the geometric nature of the patterns is a natural outcome of working with a material within a set of parameters that only produce parallel lines on a surface. In the later pin drawings, I also became very preoccupied with inscribing underlying geometries into the gradients spread across the boards, as a means to play with various densities along a grey scale. I think this fixation carried over to the card compositions, but in an opposite way where density reads as bright white and the negative spaces create darker shadows.

AB: With your installations, the making process is explicit because the entire surface of the object is often on view (the plastic cup, the Slinky) rather than just one edge or angle (as in the styrene card). In Compositions (Cards), the making process is more discreet – perhaps it could be said that it is hidden or packed within the frame. How important is it for you to make the object that you are using the focal point of the work?

TD: Quite a bit of the early work was actually about obscuring the object by only allowing a limited vantage point. The tar paper created a surface made entirely of ripped edges. The straws were placed perpendicular to the wall so only the edges were visible. The Styrofoam cups were situated in such a way that only the interior of the cup was visible. I’ve always been interested in exploring the moment where the conditional relationship of part to whole breaks down. Particularly in my earlier work, I wanted viewers to experience a sort of epiphany when they realised the field of material spread out before them is actually constructed of an object quite familiar – the “Aha!” moment, if you will. When investigating materials, I am always looking for certain physical traits that can somehow be activated outside the material or object itself. Transparency and reflectivity are important because these traits are responsive in the sense that they can be amplified or subdued according to lighting conditions. With the card compositions, the light absorption in the shadowy interstices between the cards creates an alternative visual register to the flat surface, both of which must negotiated by the viewer in a rolling perspective that sees a constant slippage between foreground and background, resulting in perceptual shifts that read visually as a form of vibration. 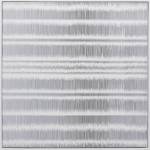 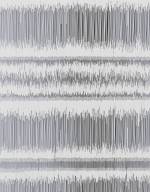 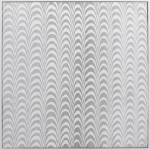 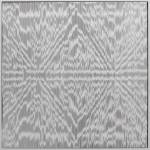