Ships and Sirens at Festival time

Ships and Sirens at Festival time

The artist Susan Philipsz launched her work Timeline 2012 up at The Old Calton Burial Ground looking out over Edinburgh. This Glaswegian Berliner, the only sound artist to win the Turner Prize (2010), stood by the martyr’s monument1 to introduce her work. Photographers snap Philipsz among the gravestones.

“Time Line goes in a straight line from Nelson’s monument on Calton Hill to North Bridge, Waverly Bridge and the Scottish National Gallery, it’s my voice in very short bursts and it cuts across all the ambient sound.”2

Philipsz explains that when she first visited Edinburgh she noticed the time ball (on top of The Nelson Monument on Calton Hill), which (since 1852) falls at one o’clock everyday in order that sailors and captains can synchronise their chronometers. Later the One O’Clock Gun was introduced, to insure that even in bad visibility everyone knew when it was one o’clock. Philipsz found a Time Gun map,3 showing graphically how long it took for the sound of the gun to travel over the city:

“… That made me really think about sound in a city wide scale and I’d read somewhere that British ships’ horn notes weren’t just one note they were three harmonising notes […] a guy from Edinburgh, John Robison (Physicist 1709–1805), invented the first Siren (1799 – Robison had wanted to mechanically emulate the female voice). “It was originally supposed to be a musical instrument […] and it played under water […] so that’s where it got the name Siren after the mythological siren […] At that time Edinburgh was fascinated with Greek Mythology […] you can see it reflected in the architecture”

The chord Philipsz sings – three harmonised notes in G (G A and D), rang over our heads and like Thoreau’s bell4 and Proust’s train5 we heard the structure and the condition of the city in the sound of Philipsz’s voice. That this brief female calling can seem so like a ship’s horn is surprising, because Philipsz’s melodious speaking voice, her long red hair and petite physique are perfectly suited to that of a beguiling mythological figure, so in the context of this particular work (Timeline 2012), while sounding like a ship and looking like a Siren, Philipsz resonates place, and plays wonderfully with the slipperiness of interpretation and embodiment.

1. Built in 1844 the obelisk “commemorates Scottish political martyrs of 1793, who were charged with sedition and transported to Australia for demanding legal and parliamentary reform.”  http://www.scottish-places.info/features/featurefirst10381.html

2. Edited documentation of this event (recorded on August 1st 2012) and of a brief interview with the author of this review, is available through the sound link accompanying this text.

4. Thoreau, in his text Sounds, understood that the echoes of the bells he heard through the woods were ‘to some extent original sound … not merely a repetition… but partly the voice of the wood’ H. D. Thoreau, The Portable Thoreau, ed. C. Bode, New York, London Penguin Books, 1982, p. 375.

5. Marcel Proust, in his text Swann’s Way,tells us how sound describes the shape and quality of an environment: ‘I could hear the whistling of trains, which now nearer and now further off, punctuating the distance like the note of a bird in a forest, showed me in perspective the deserted countryside … M. Proust, In Search of Lost Time, volume 1, Swann’s Way, London: Vintage Books, 2002, pp. 1–2. 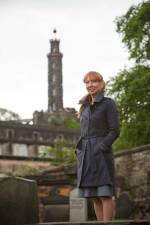 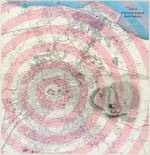