Phoebe Boswell – interview: ‘Grief is not a personal thing. It’s a human condition’

Phoebe Boswell – interview: ‘Grief is not a personal thing. It’s a human condition’

Boswell’s latest exhibition, The Space Between Things, which includes a video of her undergoing an eye operation, uses art as a way to connect with others whose wounds may otherwise remain unseen

Phoebe Boswell’s exhibition The Space Between Things, at Autograph in London, was produced in the aftermath of a significant personal trauma. Before the artist arrives for our interview, I watch a video in the upstairs gallery of her undergoing eye surgery. Later, she tells me that she made the film in black and white in order to spare the viewer the full goriness. Despite this, I still find myself looking away. Boswell, however, seems to possess the determination to stare down painful episodes, and use art as a way to connect with others whose wounds may otherwise remain unseen. Installed on the floor beneath the video of the eye, a monitor plays an angiogram of her heart, which she describes as “broken”. 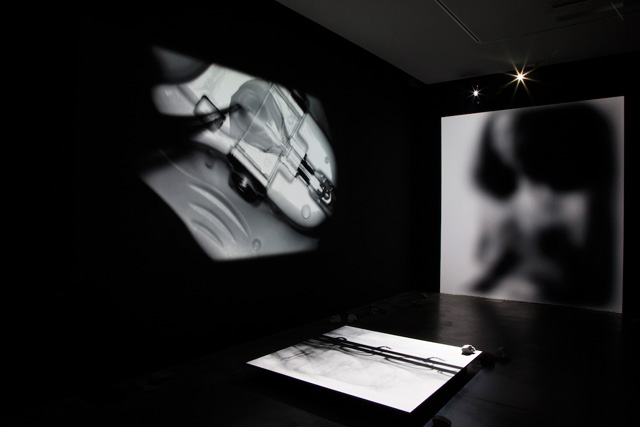 Boswell was born in Nairobi in 1982 to a Kikuyu mother and British Kenyan father, and grew up in the Middle East before moving to the UK. Over the past few years, she has made a name for herself as an artist expressing the multi-faceted experience of the diaspora. (She was awarded the Special Prize by the Future Generation Art Prize at the 2017 Venice Biennale.) The Space Between Things was produced between her family home in Zanzibar and London. The title of the exhibition suggests a number of interstitial spaces: the spaces of healing and grieving, between cultures and homes, and between a variety of mediums. 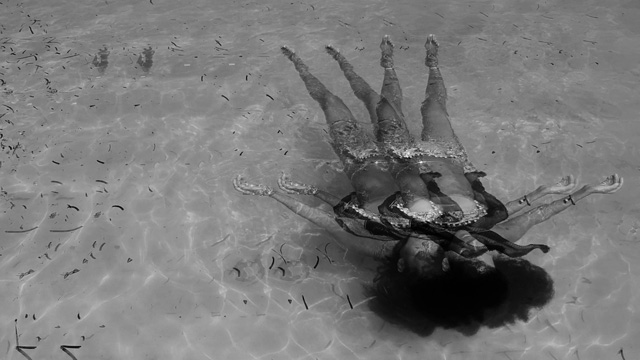 The backbone of Boswell’s practice is drawing, but she is equally adroit when using video, animation and spoken word. In the downstairs gallery at Autograph, visitors are invited to stand on sensor pads that trigger spoken-word recordings, while watching drone-footage of the artist floating in the ocean or drawing patterns in the sand. On the walls is a mural that Boswell produced onsite: unflinching self-portraits of the artist, often prostrate and in discomfort, drawn with willow charcoal. Despite the highly personal subject matter, Boswell’s work is neither confessional nor diaristic. Instead, she uses her experiences to tap into bigger narratives: a generous and brave thing to do, and a reminder of the therapeutic uses of art.