Nathalie Du Pasquier: ‘From the beginning, I did not belong to the design world or to the art world’

Nathalie Du Pasquier: ‘From the beginning, I did not belong to the design world or to the art world’

In her first comprehensive survey in the US, the artist and designer reveals a diverse and colourful practice that started with legendary design collective Memphis. Here, she talks about the show and moving from design to painting 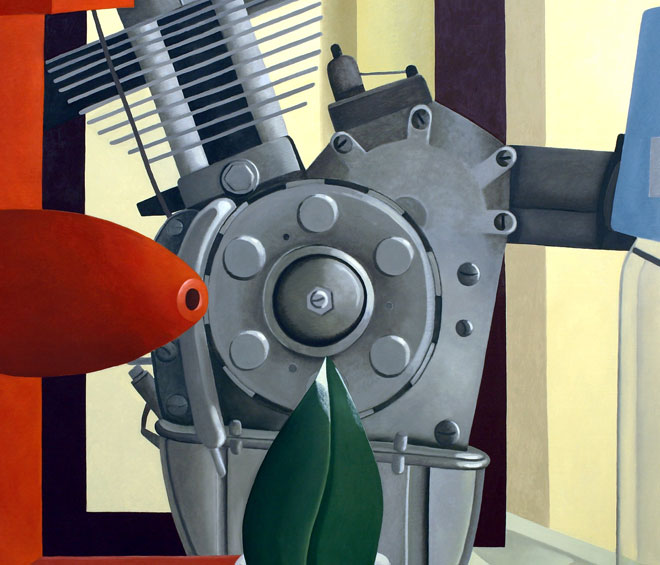 Nathalie Du Pasquier (b1957, Bordeaux, France) celebrates a career of nearly four decades in her first US retrospective, which is currently at the Institute of Contemporary Art at the University of Pennsylvania. Entitled Nathalie Du Pasquier: Big Objects Not Always Silent, the exhibition unravels a prolific and multimedia practice that includes design, drawing, installation, painting and sculpture. 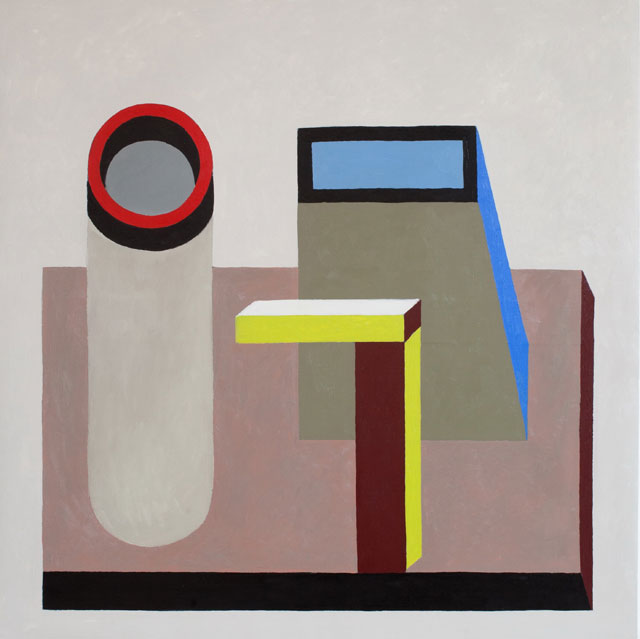 Nathalie Du Pasquier. Almost Abstract, 2013. Oil on canvas. Courtesy of the artist and the Institute of Contemporary Art at the University of Pennsylvania.

In the early 80s, Du Pasquier moved to Milan and soon after became a founding member of the influential Italian design collective Memphis. Although a critical force within the group, the artist’s contributions to Memphis – in the form of graphic patterns – were only a small segment of her career; as the ICA show makes clear, Du Pasquier is a multifaceted artist, and she became particularly interested in abstract and figurative painting. The show, which was initially presented at the Kunsthalle Wien in Austria in 2016, features more than 100 works, many of which are making their debut. 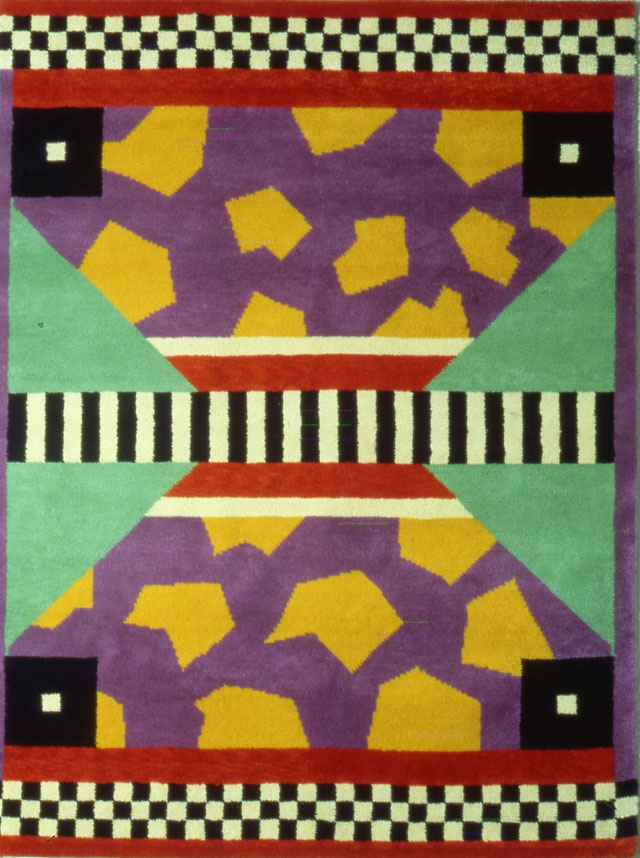 Du Pasquier’s show in Pennysylvania coincides with another large-scale solo presentation, Other Rooms, on view at Camden Arts Centre, London, until January 2018.

Allie Biswas: How does it feel to reflect on such a large body of your work, as part of the ICA show? Would you say that earlier work has always informed future work, or do you not connect the two?

Nathalie Du Pasquier: It is very interesting. Of course, a long period of work is a chain of thoughts that follow each other. It would be impossible not to connect the two, even if at a certain point I decided to become a painter. 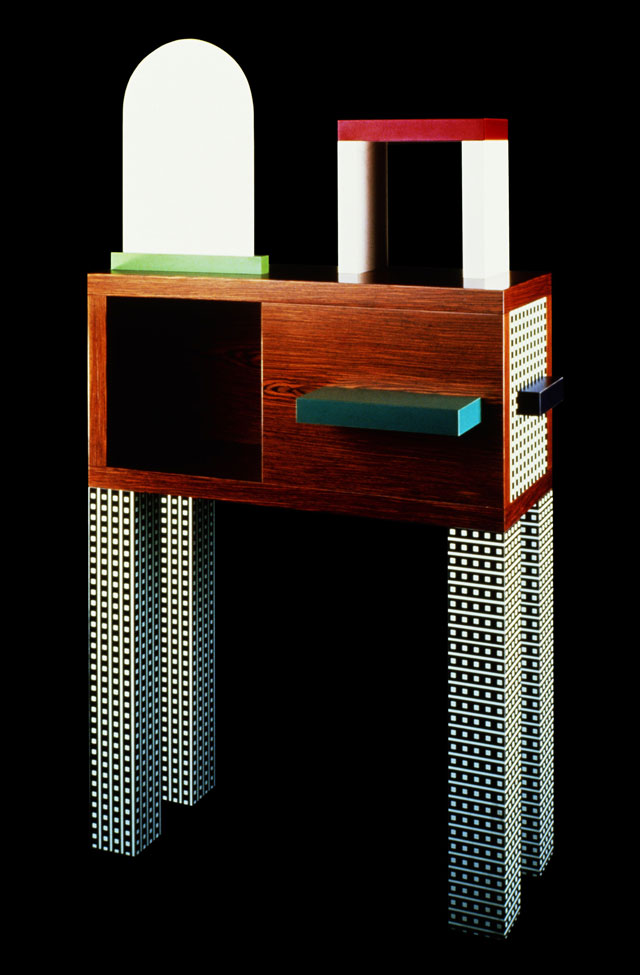 AB: This is your first comprehensive retrospective in the US. Looking back at your career to date, how would you describe the response of Americans to your work, compared with the reception you received in Italy and the rest of Europe?

NDP: I have no idea if my work is received differently in America than in Europe. It seems to me that with the internet and social media, the kind of reception is based mostly on quite a superficial image-thing, which is the same everywhere. Then, of course, there is the individual reception and the emotions, which fortunately are private. It is obvious that my work, being the result of my life, is European – probably a bit French and a bit Italian. Maybe it is also the result of me being an independent, lucky foreigner.

AB: Two key characteristics of your work have been geometry and colour. When did you first become interested in these things?

NDP: Well, for 15 years I have painted still-life compositions that have not been geometric … Colour is an instinct.

Nathalie Du Pasquier. NDP10, 2003. Wool carpet. Courtesy of Postdesign and the Institute of Contemporary Art at the University of Pennsylvania.

AB: You have been considered as an artist who has closed the gap between genres – namely, art and design. I wonder if this was a deliberate ambition of yours – to seek out ways to combine different mediums and processes? Or was the way you thought about making art at the beginning of your career more organic in the way that it evolved (especially as you were self-taught)?

NDP: I guess that is mainly because, from the beginning, I did not belong to the design world nor to the art world. All that happened by chance. There was not a particular plan and I did not feel anything was forbidden.

AB: Painting has been your primary activity since 1987. That is a really long time to have spent primarily on this medium, and yet people often hear your name and immediately think of the patterns that you created as part of Memphis. Did you turn to painting as a way to be more of a “serious” artist?

NDP: I think at a certain point I wanted to do something else – not to be already identified with one thing (Memphis patterns). In order to go further, it was easier to make a move into another category, and the art space is big. It was not a question of being more serious, it was a question of entering an unknown territory. 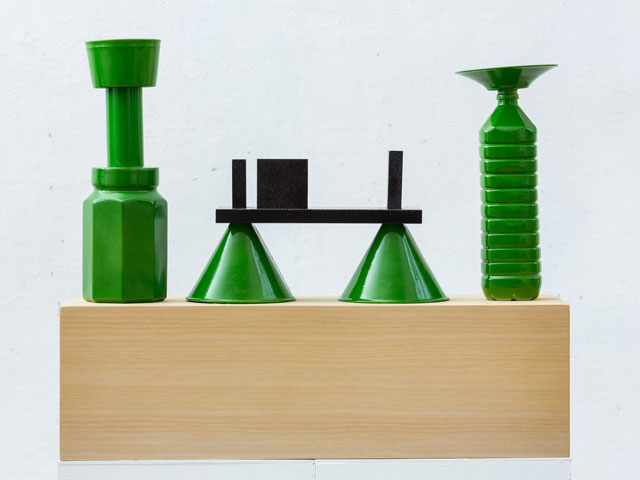 Nathalie Du Pasquier. Nature morte n°13, C.R.A.F.T. Limoges, 2002. Porcelain on wooden base, 70 x 25 x 60 cm. Courtesy of Kunsthalle Wien and the Institute of Contemporary Art at the University of Pennsylvania.

AB: The exhibition’s design, which you created, has been described in the press release as a city, where each room is an installation of various aspects of your practice. Similarly, at your show at Camden Arts Centre, Other Rooms, the gallery space itself is a constructed landscape. What role does architecture play for you? I understand that for a long time you made 3D models of the compositions in your paintings before starting the painting.

NDP: Of course, I am interested in architecture, but in relation to my work I would be more modest and say I am dealing with arranging things, which is also what interests me about architecture. How monumental architecture deals with the environment is maybe as important as the architecture itself. That is also what has always interested me with still-life compositions, and also with the more abstract compositions I have been doing recently, arranging shapes. At Camden Arts Centre, where my show opened in September, I have worked in two scales – the bigger scale of the outside, and the more human scale of the inside. That was a very interesting experience done only with “flat bricks” like a construction game of paper-printed modules installed on walls, transforming the space. 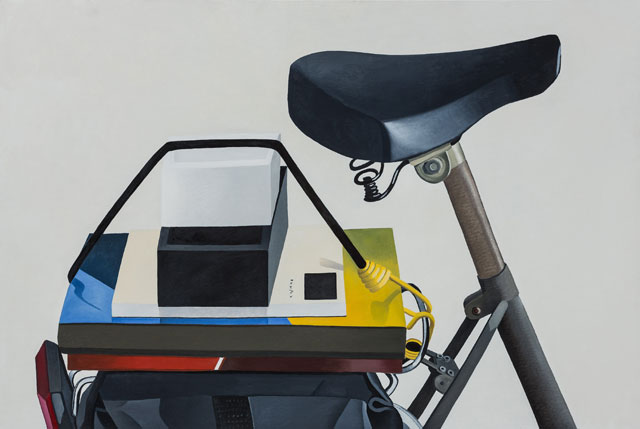 Nathalie Du Pasquier. Still life on my bicycle, 2005. Oil on canvas, 100 x 150 cm. Courtesy of Kunsthalle Wien and the Institute of Contemporary Art at the University of Pennsylvania.

AB: The title of the ICA show is intriguing: Big Objects Not Always Silent. This made me think about the role of design in life, its ability to animate and revive a space. What was your thinking behind this title?

NDP: Very simply, the title was supposed to be Big Objects Always Silent, but then Luca [Luca Lo Pinto, the show’s curator] and I decided to put in a recent piece of mine that was a construction around a sound system (done for the gallery Plusdesign in Milan). That introduced the idea of having some kind of sound, which is the reason we asked musician and poet Steve Piccolo to think of something that would come out of it. Naturally, the title became Big Objects Not Always Silent. And the meaning slightly shifted towards the idea that inanimate things sometimes say something. In the ICA show, that piece is not present but we have built the little sound monochrome room where there are three big objects, and one of them is not silent!

• Nathalie du Pasquier: Big Objects Not Always Silent is at the Institute of Contemporary Art at the University of Pennsylvania until 23 December 2017; Other Rooms is at Camden Arts Centre, London, until 14 January 2018. 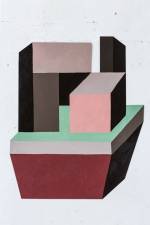