For humans, change has always been essential, but difficult nonetheless. For most of our history, the mysteries of change and transformation have provoked fear, social instability, and generated superstitions. The natural world has no such fear of change. Caterpillars become butterflies, vast herds and flocks migrate huge distances, seeds and spores grasp footholds on new volcanic islands.

Human consciousness is a double-edged sword. Our ancestors knew enough about change to be terrified by it but not to understand it. They feared that summer would not come again, so invented gods who could bring back the sun, gods who could make seeds sprout into plants, gods who watched over births and gods who protected and guided the soul through death. In Western Europe, for a thousand years, the defining act of life was the transubstantiation of the Catholic mass - the miracle of bread becoming flesh and wine becoming blood echoing ritual human sacrifice and drinking the blood of the conquered.

'Metamorphing' is a monumentally ambitious attempt to portray change and transformation in all its aspects - from biological to cultural - and the interplay between that has formed much of what we now believe and influenced how modern people act. The ubiquity of transformational ideas in moulding the human mind and culture makes any attempt at summary almost impossible. With great subtlety and intelligence the curators, Marina Warner and Sarah Bakewell, have chosen six broad themes for exploration but allowed some key, familiar, transformative imagery (butterflies, frogs, hair) to weave in and out of each section like a thread through a maze.

The six categories can be viewed in any order without losing sight of the overarching ideas; and the temptation to cram in as much as possible has been resisted. The exhibits have been skilfully chosen to make each theme clear while encouraging visitors to explore ideas further - and nowhere is better to explore than the rest of the Science Museum.

After a short introductory section, the six major divisions of the exhibition are:

Metamorphosis: Supernatural bodies - which explores (depending on one’s point of view) psychological trauma and subjugation - or illumination and everlasting life - that is revealed by gods, angels and demons. Ovid’s Metamorphoses, Hieronymus Bosch and Dante both amuse and horrify - illustrating the fundamental, and disturbing, role the supernatural played in everyday life.

Generation: Bodies in time - concentrates on bodily transformations: of tadpoles to frogs; caterpillars to butterflies; human embryology, ageing and death - from biological and mythical perspectives.

Healing: Afflicted bodies - our own attempts to recover normality after disease and injury. This section contains what modern visitors may find most disturbing - horrifying-looking surgical instruments, a "Phall-O-Meter" used as a measuring device by the Intersex Society of America, pig kidneys to be used for experimental transplantation, healthy teeth being extracted from children to make dentures for the wealthy, and the most famous work - an oil painting from the late 15th century documenting the first attempt at transplantation of a whole human leg. The leg is dark brown and the mystery is whether a black man had been sacrificed to provide a new leg for a white man, or whether rejection had already begun (as it, inevitably, would have) turning a white leg gangrenous. Missing, perhaps, is an artistic exploration of the impact of "phantom limb pain" in which the brains of amputees cause pain where missing body parts used to be - agony in a hand that is no longer there, or an itch in a non-existent foot - an itch that cannot be scratched.

Modification: The artificial changeling - forces the visitor to confront themselves in the context of the other forms of transformation. To what extent does our obsession with appearance - clothing, hairstyles, dieting, bodybuilding - have roots in our disconnection with changes in nature and our modern rejection of supernatural metamorphoses?

Mutation: Evolving bodies - gives the lie to the conservatism and deeply reactionary views of present-day "Greens" and "environmentalists." Species must constantly change and evolve or they die; attempts to prevent change (however noble sounding the reasons) are not only doomed to fail, but may actually speed up the destruction of the natural world. The religious crisis provoked by Darwinism and the emotional hysteria provoked by genetic modification can be seen as equivalent aberrations that will seem incomprehensible to future generations.

There are over 100 items in the exhibition, from the prehistoric to the Victorian. But modern technologies and the works of contemporary artists are also well represented - including Paula Rego, Kiki Smith, Dorothy Cross, Cornelia Hesse-Honegger, Christina Garcia Rodero, Alice Maher, Dhruva Mistry, Christopher Bucklow and Matmos.

This exhibition not only shows the roots of many of our psychological preoccupations, but also holds out the hope that rationality and reason will help us to understand myths and superstitions and enable us to understand our changing world without the fear that bedevilled our forebears. 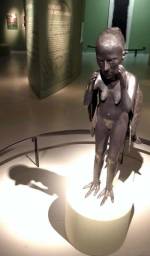 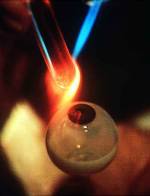 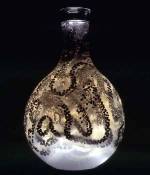 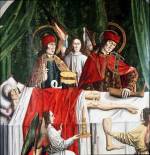 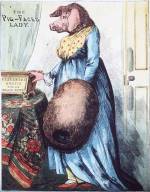 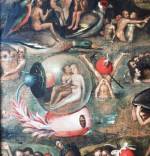