Marcin Maciejowski: ‘I would be happy to always paint my wife’

Marcin Maciejowski: ‘I would be happy to always paint my wife’

The Polish portrait artist reveals the stories behind some of the paintings in his latest exhibition, Unsettled Matters – from his best friend’s wife, who didn’t really like him, to the girl in a YouTube video of a George Michael song, with whom he was once in love

My interview with Polish portrait artist Marcin Maciejowski (b1974) required an interpreter and, as questions were passed from me to Julia – the artist’s bilingual assistant – to Maciejowski, where they were met by answers that travelled back along the same path, things undeniably fell through the cracks. It was, as it always will be, something of an awkward experience, with eye contact made hesitantly and questions addressed sometimes to one, sometimes the other, sometimes to both. But in this case, the fragmentary nature of our conversation represents a fairly apt introduction to Unsettled Matters, Maciejowski’s latest exhibition, at Wilkinson Gallery, London, a show that directly attends to those uncomfortable situations where viewpoints don’t quite align and resolutions can’t quite be found.

With several of the works based on figures from the Maciejowski’s own life, to some extent this is a personal show; the unsettled matters the artist’s own. But alongside a self-portrait of Maciejowski with his best friend’s partner, and four portraits of his own wife, the exhibition also includes two painted stills lifted from YouTube – one from a 1970s Polish film, the other from George Michael’s 1984 single Careless Whisper – and an antiquated image of a young girl tending to sheep, taken from an old Polish television series. While in his search for these feelings of estrangement and reconciliation, it is understandable that Maciejowski would refer to his own experiences, the inclusion of these exterior, more foreign, subjects illustrates his understanding that, while the sensation of contributing to an unsettled matter may feel personal to each of us, it is actually a universal feeling. It is this idea of a shared experience that makes Maciejowski’s cinematic portraits so strangely affirming. They present loss and struggle as community-based structures, suggesting that, while in our uncomfortable attempts to resolve certain conflicts we may find ourselves sitting in a bar with the partner of our best friend, somewhere, someone else will always be doing the same thing.

Harry Thorne: Tell me a little about this exhibition, Unsettled Matters.

Marcin Maciejowski: It’s difficult to explain in Polish, let alone in a foreign language. The third painting here is titled Unsettled Matters (2014), from which the show takes its name. It is based on a photo of me and the wife of my best friend taken on New Year’s Eve. She didn’t really like me … She was just angry because I would always ask my friend to go outside for a beer and so on, but that night we ended up speaking a lot, and we explained to each other our separate points of view. That’s the genesis of that painting, and the name, but the title of the show really refers to certain topics that I have used for years. Maybe now I would like to finish thinking about these topics.

A particular art book also inspired me – I can’t recall the name. The author of this book speaks about the way that artists constantly come back to topics from the past. It’s like a circle: you start thinking about something, then you live it, and then you come back to it. He speaks about the avant-garde art of the 70s, for example, and he says look, now the artists find themselves coming back to it all.

Maybe I have some unsettled artistic matters as well. Maybe I would like to solve them through this show.

HT: Could you tell me about some of the figures in the works?

MM: In the fourth painting, L’Aubade (1942) (2015), it’s Lydia, my wife, just as it is in Buste de Femme (1910) (2015), Save Me, Rescue Me, Protect Me (2015) and Lato ’76 (Artur Rojek’s song) (2015). But I don’t treat these as her portraits; she’s not the reason for the painting. For me, she just plays a character. But this painting, I’ve already told you the times are not for us (2015), this painting is based on an advertisement for a television series in the 70s about the second world war and partisans in the mountains. It’s somehow a typical topic from the history of art: the highlands and landscapes. I wanted to come back to the past, to paint something from the 19th century, for example, and I was inspired by paintings called things like Sheep in the Fog or Sheep in the Mountains.

HT: How does this historical image relate to the more modern works such as Please Stay (2015) and You are playing a hard game (2015) that are taken directly from YouTube?

MM: Well the topic of that first painting is old, but it’s based on a series from the 70s, and You are playing a hard game is based on a movie from the 80s. It’s a Polish movie from 1982, Big Thief or something? Cheat? I don’t know, but the scene is taken from the beginning of that movie. It’s a beautiful image.

HT: Why did you include the YouTube toolbar at the bottom of the image?

MM: Because I watched the beginning of that movie on YouTube, and for me it works like the frame of an artwork. It’s a contemporary frame for the painting, almost a quotation.

You are playing a hard game was a long, two-hour clip, but Please Stay was short. It’s a scene from George Michael’s Careless Whisper, the moment when the girl is leaving her man and George sings: “Please stay!” When I was a boy, I was in love with that girl. [He laughs] Some time ago I was searching the text of the song and came across the video clip on YouTube. I tried to analyse it shot after shot, but when I saw her, I decided that I must paint that particular scene.

Everything is from YouTube nowadays. Our knowledge is almost completely based on YouTube or the internet. If you want to know something, then you can spend all day searching. Some time ago I painted a similar work which was titled Shostakovich 5th Symphony, but I only knew it from the internet. It was funny because I had the sensation that I knew this music, but really I only knew it from the very bad-quality [version on] YouTube.

HT: Do you paint only women?

MM: [He laughs] We brought two more paintings with us for this show, both portraits of men, but we decided not to include them. It’s true though, after the process is complete I may realise that I have only painted women. It just depends on the particular time in my life. At the beginning, for example, I was only painting soldiers, sportsmen and politicians. [He laughs] Now it’s women, period.

HT: You paint exclusively from photographs and, visually, your works are very accurate reproductions. Do you believe there is a significant difference between photographs and paintings of photographs?

MM: I always take my inspiration from photographs. It is taken from what I see, and in that sense I don’t really use my imagination. My early inspiration came from newspapers, and because the quality of those photos was very bad, so were the paintings. But now that the technology is better and we have better quality pictures in newspapers, yes, my paintings are in greater detail, but I would never call it photo-realism.

For me, a photograph is like a sketch. For example, when I saw the image that Unsettled Matters is based on, I realised that there was a kind of composition there, a relation. But what is interesting, and perhaps quite funny, is that if you could see that original image, you probably wouldn’t care about it. Only when an image is painted can you see certain things, can you see that there is something interesting there. When I look at a photograph, I usually do it quite fast. My eyes slide over the image because there’s nothing to spend time with. But when I look at a painting, it catches my attention. I can see, for example, this detail and this and this, I can become curious about how things have been created.

The secret to the realism of my paintings is that they are based on sketches from a projector. Before, many years ago, I didn’t do this, and the paintings were somehow distorted. I made sketches from hand and they were done with deformation, not proportion. I think maybe it was better though, because those paintings were more expressive. I don’t like photo-realistic paintings: what’s important for me is brushstrokes, but using the projector you must be prepared that it will look realistic.

HT: Your works have always been very stylised. Aside from your adoption of projectors, are there any other areas of your practice that have developed over the years?

MM: Subjects. When I was young, I painted more contemporary subjects. I was more inspired by things that happened here and now, and so my works were much more socio-politically involved. In Poland, art critics wrote about me as an artist who described reality, who chronicled the nowadays, but this has changed. Year after year, I’m becoming more interested in the history of art, and now my subjects are more classical. Maybe I’m more reflective. I think longer about topics and refer more to history than to the here and now. When you are young, you are against everything, you rebel against everything, but now I appreciate it all a little more, and I think that’s visible in my works. But saying that, I hope that I am finished with this topic now.

HT: Do you know what will come next?

MM: I don’t think I ever know what’s next. For me, for my work and my painting, it’s not about the topic or what the painting is – honestly, I would be happy to always paint my wife [he laughs]. The most important thing is the process. Yes, it may be difficult if you don’t have an issue, a topic in mind, but just to paint, that’s what’s important. I just like painting.

• Marcin Maciejowski: Unsettled Matters is at the Wilkinson Gallery, London from 17 April to 17 May 2015. 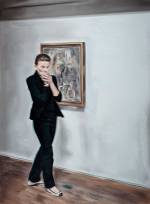 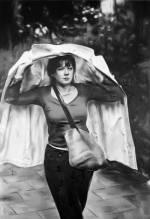 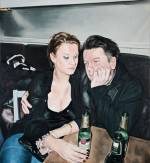 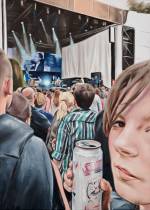 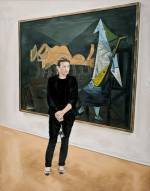