Meet the designers doing good this autumn in London

Meet the designers doing good this autumn in London

More than 400 events and installations from high-profile designers and rising stars were included in this year’s London Design Festival, while the city’s inaugural design biennale showcased the works of 37 countries at Somerset House 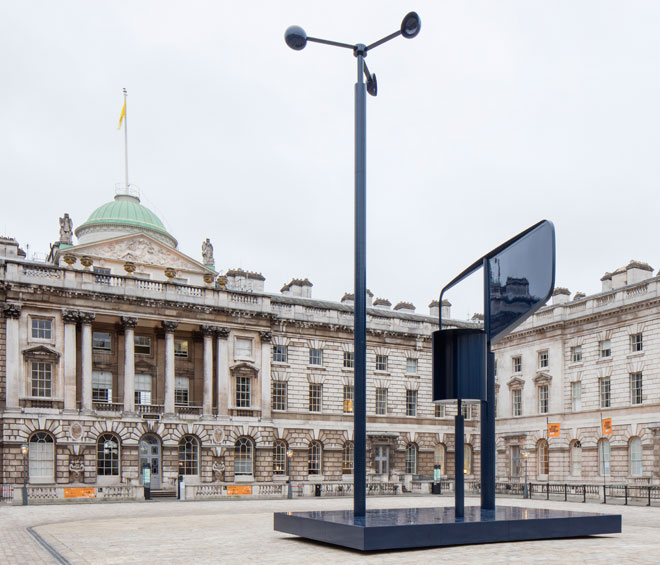 This year’s London Design Festival brought together high-profile designers and rising stars through its presentation of more than 400 events and installations. The festival’s international outlook at the Victoria & Albert Museum matched that of the inaugural London Design Biennale, which showcased the works of 37 countries at Somerset House.

Colour streamed down the walls from high above, waves appeared to ripple across veils of silicone cords suspended from a rotating arm. The movement of the cords echoed the circular motion of the arms of a clock, as it encouraged people to explore the passage of time. Installed in the west wing of the Victoria & Albert Museum, The Green Room illuminated a somewhat forgotten stairwell of the museum. The creative minds behind this performance-based initiative were Glithero, British designer Tim Simpson and Dutch designer Sarah van Gameren. Graduates of the Royal College of Art, they collaborated with the Italian luxury watchmaker Panerai for this dramatic installation, which was on display at the museum for the duration of the festival.

The international conversation that facilitated the making of The Green Room was characteristic of the installations at the V&A, which was the main hub of the London Design Festival, and this year won the Art Fund Prize for Museum of the Year, a highpoint marking the successful tenure of its director Martin Roth, who is stepping down this autumn. A continental partnership was also on show in the form of the installation Liquid Marble, by the multidisciplinary French designer Mathieu Lehanneur, in the historic setting of the V&A’s Norfolk House Music Room. Known for his work combining nature, science and technology, the talented designer has sculpted a block of marble, to create an impression of waves on the sea, using digital innovations, including algorithms and 3D software. The installation of this beautiful piece facilitated contemplation in the gallery.

Founded in 2003, the London Design Festival set its compass in all four directions of the capital city. From an exciting programme of talks at the global design forum at the V&A in the west, to a vibrant installation of living “forests” by Asif Khan in Shoreditch in the east, there was plenty for the visitor to explore. A short walk away from London’s Old Street Silicon Roundabout, Khan, a rising star on the architectural scene, presented a trio of plant-lined installations, which you could pop into for a spot of tranquillity amid the city bustle. One idea behind creating these urban oases, said Khan, was the Japanese phrase of Shinrin yoku, which literally means “forest bathing”. Another idea was the fact that we use plants as a tool to assert our personal space at its boundary with public space, as seen on your office desk or at the perimeter of your home.

Across the city, the inaugural London Design Biennale took place at Somerset House, featuring 37 countries, represented by exhibitions curated by leading museums and design organisations across the world. Together, they explored the theme of Utopia by Design, to celebrate the 500th anniversary of the publication of Thomas More’s classic novel Utopia, which brought the concept of utopia to a wider audience. This idea has inspired cultural production across the centuries, from the ideal cities of the Renaissance to the arts and crafts movement of designer and socialist William Morris to the utopian science fiction novel Looking Backward, written by journalist Edward Bellamy. At the biennale, creators used the vehicle of utopia as a means of exploring the transformative potential of design in the future, as you could experience in Spain’s virtual reality installation, which was modelled on the city of Santander in northern Spain, selected as a test-bed “smart city” by the European Union. As Christopher Turner, director of the London Design Biennale, wrote in the exhibition catalogue: “Design teams were encouraged to tell stories about alternative futures, which would provoke important questions about the world in which we live.”

In the courtyard of Somerset House, east London-based design duo Edward Barber and Jay Osgerby collaborated with the V&A to present the UK’s biennale contribution of a kinetic installation, Forecast – which comprised a group of wind masts and rotating elements that moved as the breeze picked up – to show the UK’s status as a global leader in offshore wind. The theme of sustainability connected it to Australian designer Brodie Neill’s installation, entitled Plastic Effects, including a version of an Enlightenment specimen table. Yet rather than being made of marble, it was composed of marine debris, highlighting the environmental issue of plastic pollution in the sea, with around five trillion plastic items in the world’s oceans today.

Another pressing issue, the need for action on the refugee crisis, came to the foreground in France’s biennale contribution, Le Bruit des Bonbons – The Astounding Eyes of Syria, by designer and curator Benjamin Loyauté, who met with Syrian refugees and displaced people in camps, such as the one in the Bekaa Valley, Lebanon, to make a film on immaterial culture and word-objects – sweets had a Proustian ability to evoke childhood memories. In the installation space, a vending machine sold candy to raise proceeds to help displaced Syrian families and refugees.

Just as at the biennale, an international outlook was seen in the multitude of fairs. A vibrant platform for culture, the DesignJunction fair included a quartet of hubs dotted around a creative quarter, with the art school Central Saint Martins at its heart, in newly regenerated King’s Cross in London. Of particular note in its programme was the Dyslexic Design exhibition, curated by industrial designer Jim Rokos, in support of the charity the British Dyslexia Association. Rokos said: “I wanted to show how great it is to be dyslexic.” With 10 makers from different disciplines, including fashion, illustration and fine art, the show challenged perceptions of dyslexia. In uncertain times, this positive and resourceful initiative illustrated that there can be strength in diversity. 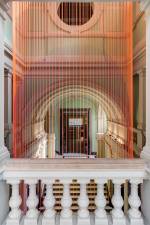 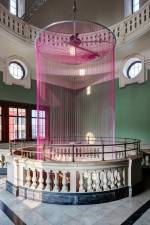 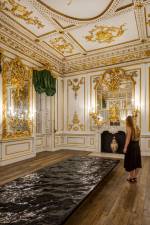 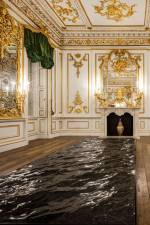