As he continues his late-career conversation with art history, the archetypical Californian conceptualist’s seemingly simple works open up a mire of ambiguity 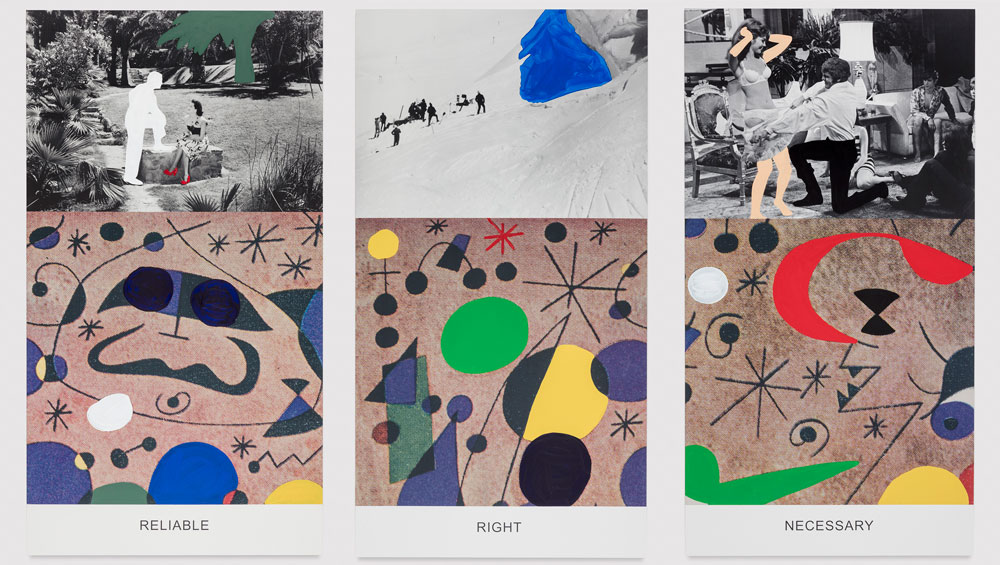 “I think art, if it’s meaningful at all, is a conversation with other artists.” So said John Baldessari (b1931 ), talking to David Salle in Interview Magazine in 2013. Both as a teacher at California Institute of the Arts and the University of California, Los Angeles, and more recently through his referential late works, the Californian conceptual artist conceives good practice as the result of exchange. His new series at Marian Goodman London, Miró and Life in General, continues this through playing with the work of the great Catalan surrealist Joan Miró (1893-1983). The resultant works are threaded with ambiguity.

Miró and Life in General comprises 11 rectangular canvases, divided horizontally into three layers. The upper section of each contains a monochrome still from a golden-age Hollywood film, with some patches or figures that Baldessari has covered in block-coloured paint. As well as the bright primaries associated with much of his past work, there is pale pink and sharp white. Below this, in the middle section, Baldessari has pasted a detail from one of Miró’s most abstracted paintings, all scrawling black lines and wobbly forms. These details are so blown up as to make the grain of the canvas visible, and also feature Baldessari’s blotches, though more subtly integrated than in the stills. The final compartment, and by far the smallest, is a white strip containing a single word in capital letters. This word forms the subtitle for the Miró and Life in General piece on which it appears.

Baldessari has form with this medium. The appropriation of photographic images and the juxtaposition of text with art have been central to much of his practice. His Wrong series (1966-68) paired photographs with banal phrases pulled from a textbook on amateur photography. Since the 80s, he has become known, to use his own phrase, as “the guy who put dots over people’s faces”, referring to a series of pieces in which coloured orbs of paint are placed on top of photographs and film stills.

In the past few years, Baldessari has been directing his dialogue explicitly towards the artists of the past. Double Vision (2011) juxtaposed a seminal work of modern art with the name of a different artist; Double Bill (2012) spliced together two pieces, but only mentioned one of the featured artists in the text. Last year’s Pollock/Benton, exhibited at Marian Goodman New York, which this series most resembles, stacked a detail from the American regionalist painter Thomas Hart Benton with one from Benton’s abstract expressionist protege, Jackson Pollock, occluded part of each image with a white rectangle, and placed a word – such as, “Usual,” “Daily,” “Common” – beneath. In all these sets, Baldessari is asking his viewers to reconsider the past of painting and its reception, while remaining elusive about what form this reconsideration should take.

That this new suite is prepossessing is not in doubt. Their tall, narrow forms loom down from the Marian Goodman Gallery’s capacious walls. As your gaze turns around the space, these recurring stacks of colour resemble portals into livelier worlds. Standing before a single example, one is greeted with Balderassi’s trademark warm wit, most obviously in the stills. Necessary sees a woman’s bare limbs exaggerated with glossy pink flesh, while Right has a group of skiers contemplating a royal blue crag. Reliable transforms a proposing hero into a blank everyman, white and featureless; the heroine he proposes to boasts bright crimson footwear, although whether they are enchanted ruby slippers or ill-fated red shoes is up to the imagination of the viewer.

As, indeed, are the connections between the canvases’ three panels. The words – which include Apropos, Unfailing, Right, Incumbent, Necessary, Pertinent and Dependable – often add a further spark of humour through calling the stills into question. Is the removal of a woman’s skirt in Necessary really necessary? Is the patriarchal politician-like figure in True really true? But although the 11 words in the exhibition are not synonyms, they belong to the same broad tranche of meaning. Switch them around, and it becomes apparent that Baldessari could have used almost any of these words on almost any of the canvases for similar comic effect. To the Miró, these words become an art historical judgment; to the canvas as a whole, they become a positive affirmation of Baldessari’s decision to pair the images.

Further ambiguities stem from the series’ title itself. If the film stills represent the “Life in General”, is one meant to interpret them as an affirmation that the popular culture of cinema has infiltrated real life, or as a winking dismissal of an idea that an artwork can truly stand as mimetic of reality? Does the “and” that links the two images serve to fuse them together or spotlight the disconnect between the painter’s abstracted dreamscapes and the visible world?

The answer to this question appears to lie somewhere in between. In several cases, Baldessari’s splotches over Miró seem to echo the aspects he highlights on the adjacent still. The woman’s bent arms in Necessary, for instance, are echoed in the kineticism of the red curve inserted atop the Miró. The still and the detail are stitched together, so that the figurative imitates the forms of the abstract and the abstract imitates the form of the physical. But Necessary is one of the least oblique examples of such a connection; ponder a piece such as Right, where the blue ridge above is matched by circular blobs of black, green and yellow and a red star, and you might start to wonder whether you confected such associations. This, of course, is part of Baldessari’s game.

The choice of Miró as subject is obscure, and leads to further obscurity. From his middle age onwards, the great Catalan surrealist often spoke out against “bourgeois painting”, signalling styles of painting that helped to perpetuate the cultural domination of the upper classes; in an irony common to many politically engaged painters, Miró’s works have been sold for up to £23.5m at auction, placing them well beyond the reach of the contemporary bourgeoisie. In juxtaposing them with Hollywood, then, perhaps Baldessari wishes to bring them back to a popular form. He has only done so, however, in the context of the economically driven art market – something emphasised by the presence, in the exhibition’s final week, of a John Baldessari pop-up shop selling prints, monographs and merchandise. Baldessari’s chats with the past are amusing and worth rumination, but they are also curiously one-sided, less conversation than dramatic monologue. 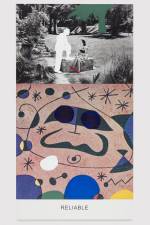 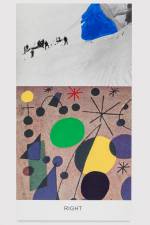 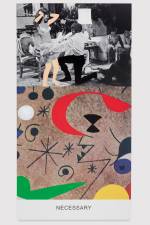 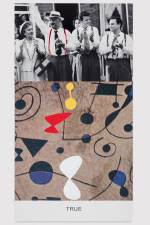 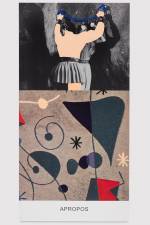 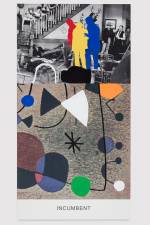